Former British rally champion and James Bond stunt driver Mark Higgins was the man behind the wheel of the highly modified Subaru WRX STI, purpose built to tackle the world's longest and most difficult racetrack. 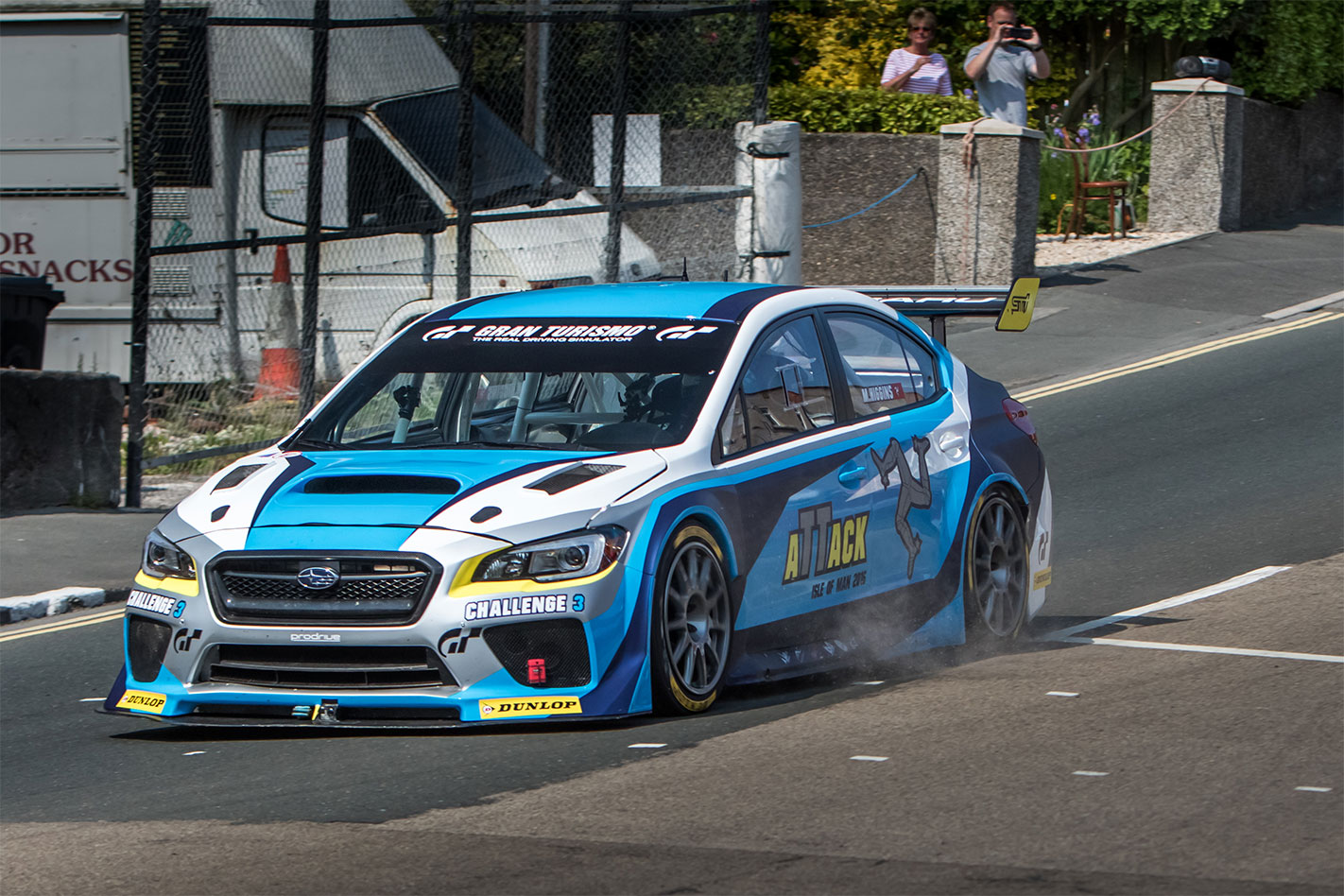 Higgins set the previous lap records in virtually standard WRX STIs in 2011 and 2014 (which you can watch below), but Prodrive, the UK firm that used to run the Subaru World Rally Team, created a special Time Attack-style vehicle to really smash the record.

Plenty of WRC know-how went into the new machine, including a 450kW 2.0-litre turbo engine that revs to 8500rpm, WRC-spec paddle-shift gearbox, Exe-TC suspension and massive wings to keep the car pinned at its 290km/h top speed.

Higgins' average speed was not too far off Michael Dunlop's incredible new two-wheeled record of 214.76km/h, however to bridge that gap would take an enormous jump in car performance.