It isn’t an official motorsport program, but call it one for the fans – the Subaru WRX STI NR4 is available now for punters to buy and race.

Possum Bourne Motorsport has taken the Japanese domestic market WRX STI NR4 then developed three packages and many options for levels of motorsport ranging from club to international.

The first-tier package – which will require around $80,000 – is for club-racer types with changes including an FIA-approved rollcage, sound deadening and airbag removal, OMP steering wheel and winged seats with six-point harnesses and a fibreglass door panel, radio panel, rear parcel tray and foot tray set. 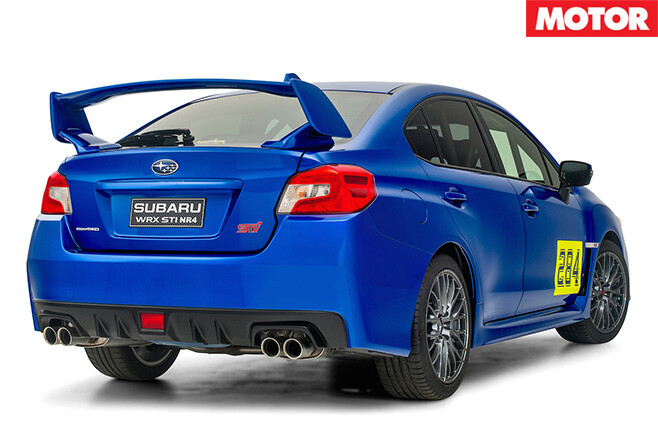 Step up to the more serious second tier, and the fibreglass bits are swapped with carbonfibre throughout and a slightly different type of rollcage used.

By the third tier it all gets serious, with chassis seam welding, axle pegs and other body welding prep designed to tighten up the WRX STI NR4. Seat tubes replace the runners from the same brand and Recaro winged seats with Sabelt six-point harnesses and Sparco steering wheel surround the driver.

The sky is (almost) the limit when it comes to mixing and matching individual options. A six-speed manual is standard, but there’s also a choice of five- or six-speed dog box or sequential shifting transmissions. There are also gravel options and tarmac options for the exterior. 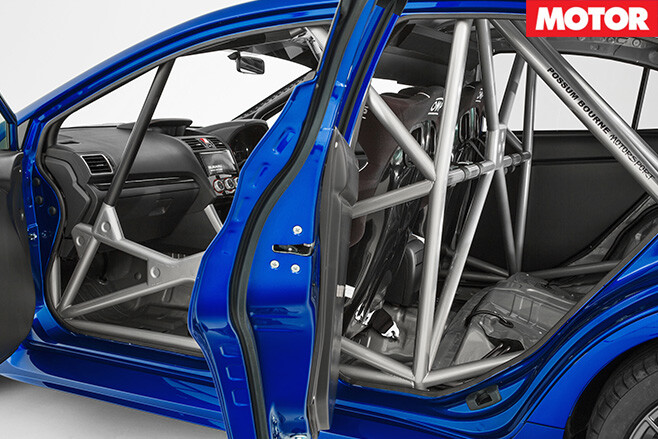 The WRX STI NR4 is not road registerable, but as the name suggests Subaru says the car meets FIA’s new NR4 regulations making the car eligible for WRC2 and ERC2 national championships.

The first WRX STI NR4 has been built, in Subaru Blue of course, for display at Subaru’s interactive dealership in Docklands, Melbourne. It is also available in white and a further eight have already been sold through select STI dealerships.