Ever wanted to know what the Mercedes-AMG Petronas F1 livery would look like on an AMG GT R? Look no further.

In the wake of the Australian Grand Prix, we’ve been scouring the web for anything F1-related to sate our hunger.

We stumbled upon these designs, put together by US-based artist Javier Oquendo, which show each team’s current F1 livery on a road-going car from its engine manufacturer.

Created for UK website Car Keys, each livery has a different car, so we had a look and chose our favourites. The NSX is quick, sure, but it’d have a hard time keeping up with the car it’s stolen its clothes from. McLaren-Honda’s MCL32 didn’t get a great run in Melbourne this year, but we did get a pretty wild looking NSX design out of it. The dominator of recent years, Mercedes’ road cars sometimes look almost as fast as its F1 cars, even without some of the super-sharp lines of other supercars.

Love him or hate him, we reckon Hamilton would probably feel at home in this Petronas GT R.

Scuderia Ferrari livery on a LaFerrari Ferrari has always had brilliant racing liveries, so much so that we went through a few of them recently.

This recreation of the manufacturer’s F1 team livery has reminded us of Schumacher’s Shell/Marlboro F2003-GA. We’re sure Seb Vettel wouldn’t mind being compared to him, either. 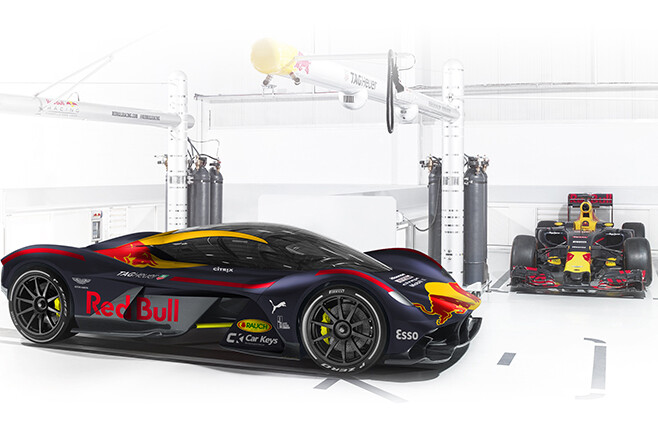 The allegedly ridiculously-fast hypercar which has still yet to be released looks pretty wild of its own accord. Throw on a matte blue coat with red and yellow accents and you’ve got something that looks like it could give the F1 car net to it a run for its money.

Though Red Bull Racing might be a sore topic for some Australians right now, the AM-RB 001 delivers an almost comforting presence.