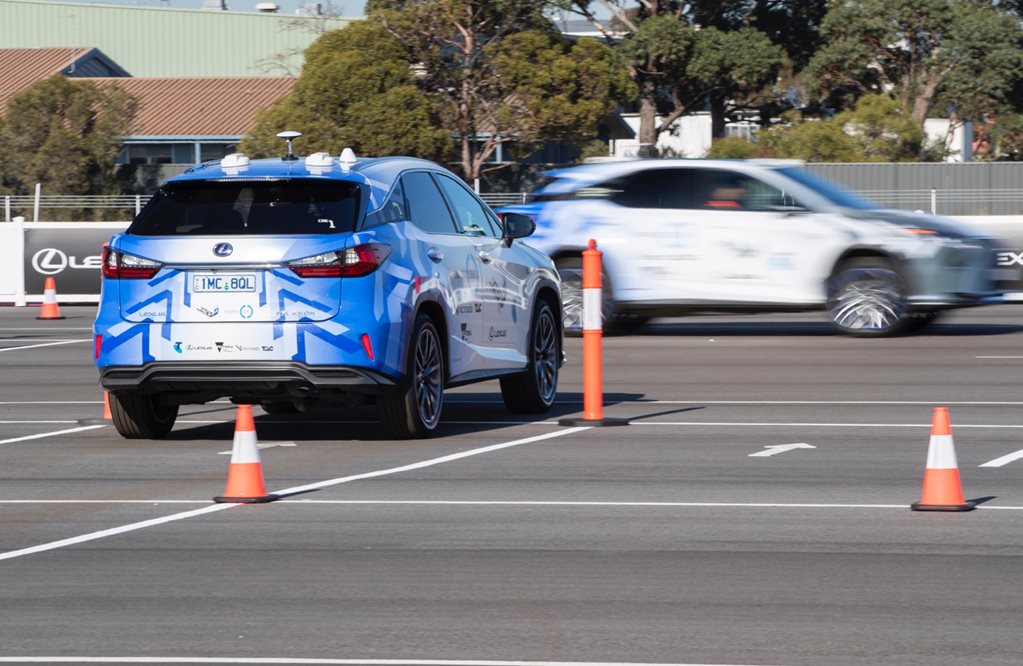 Rise of the machines? Vehicle-to-everything communication is expected to lower the road toll and reduce congestion

Tapping into current vehicle safety technology and our ever-expanding wireless cellular network, vehicles are soon to become aware of each other, helping avoid road incidents and reduce the road toll. 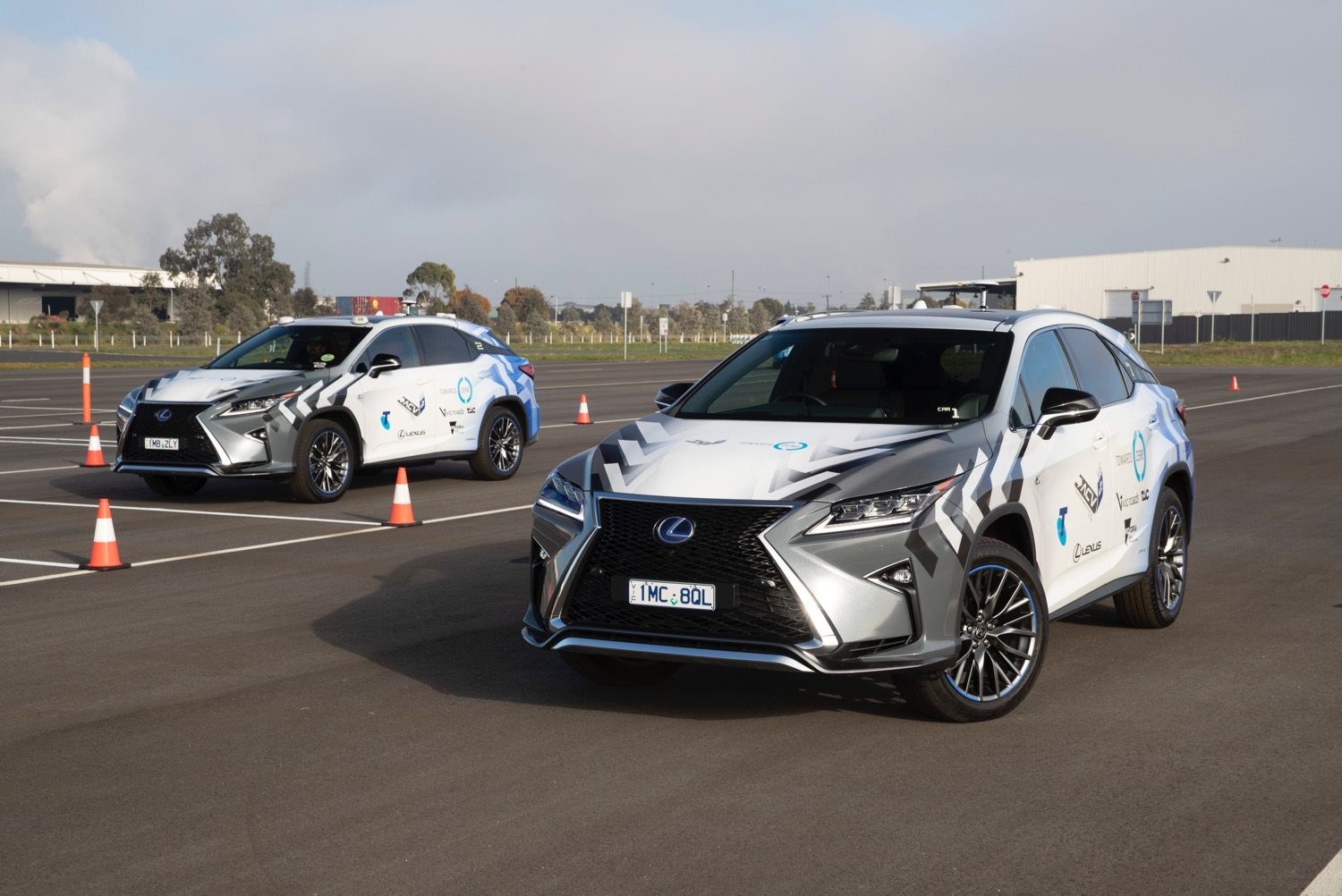 In one instance, a vehicle was approaching an intersection with a green light while another vehicle was travelling at a speed that would see it pass through its red and cross the intersection. Using GPS data that is accurate to the area the size of a volleyball, the vehicles’ positioning was transmitted via 4G to each other and in a millisecond a warning issued for the driver to take action. 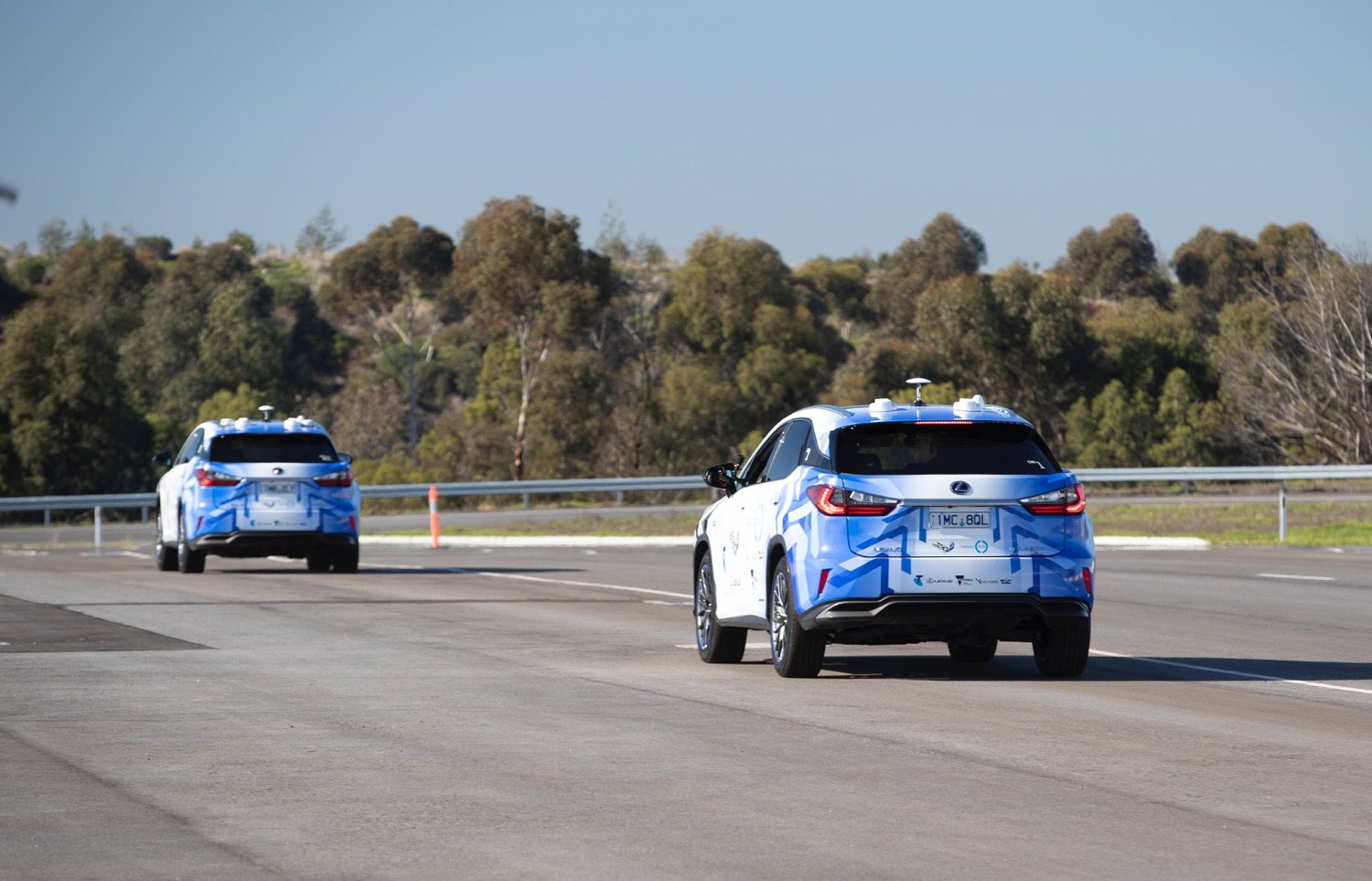 The technology is called vehicle-to-everything, and it can warn the driver of potential dangers that are out of sight, such as a vehicle making an emergency stop just over a crest ahead or even one stopped on the road.

Unlike semi-autonomous driving systems, the vehicle does not take over control, but it warns the driver of imminent danger to help mitigate a collision.

The next-step might be to put action in the hands of the car, but Lexus Australia chief executive Scott Thompson says that the current system will explore what’s possible using Telstra’s 4G and 5G network - a partner to the program that is funded by a $3.5 million Government grant.

“The essence of this connected-vehicle trial is about amplifying our ability as drivers, combining and coordinating the skills and strengths of the human and the machine – a seamless blend that extracts the best from both,” said Thompson. 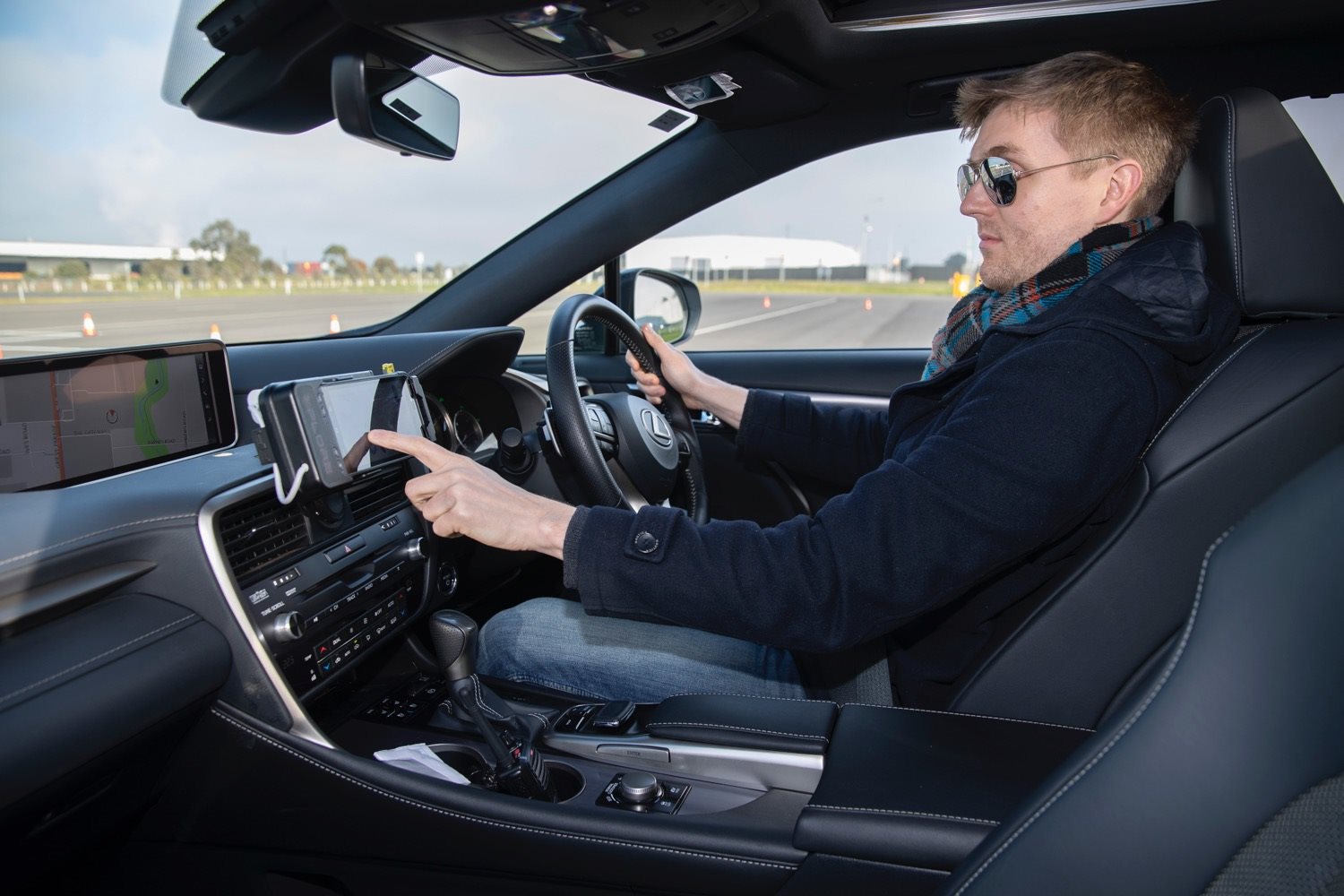 Also involved in the program are VicRoads and the Transport Accident Commission (TAC), with the TAC keen to understand how the connected-vehicle technology can help meet its Towards Zero road toll target.

Moving beyond the track environment, Lexus will trial the two vehicles in Melbourne and regional Geelong from today, building a 12 month database of real-world information that will form a report next year. 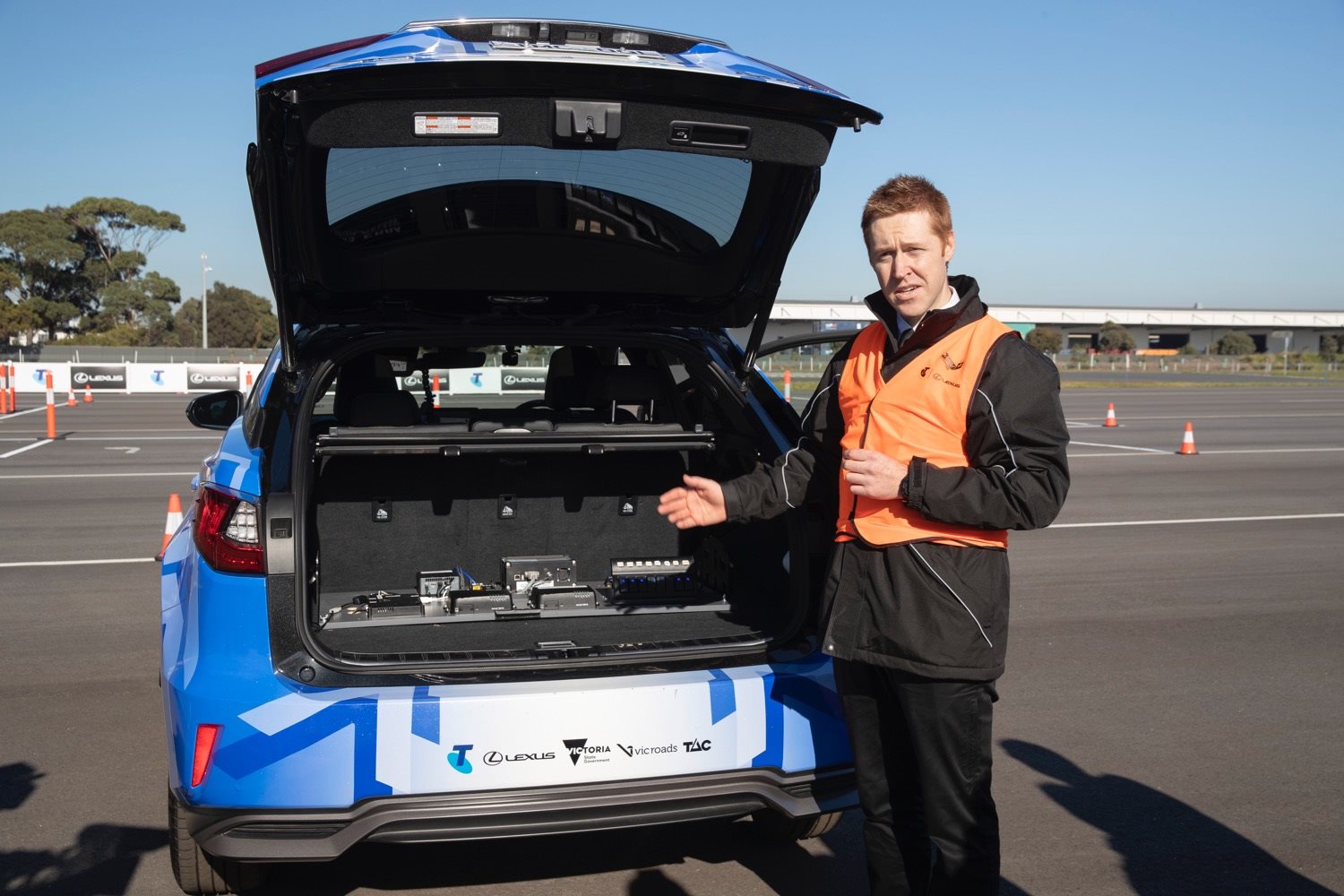 Vehicle-to-vehicle communication forms just one part of the trial, with vehicle-to-infrastructure technology also to be tested. That system lets traffic infrastructure such as speed signs and traffic lights talk to each other. The latter is still in the rollout phase, but there are 4G-connected traffic light intersections in Melbourne already.

Variable speed signs provide a live update to connected vehicles so there is no confusion (particularly through Melbourne’s poorly signed roadworks areas) as to what the speed limit is. A speed warning lets the driver know the limit and will suggest a lower speed than signed in hazardous conditions.

Finally, there is a bit of big brother, with video cameras at intersections that monitor pedestrians and cyclists to alert drivers if someone is crossing the road. 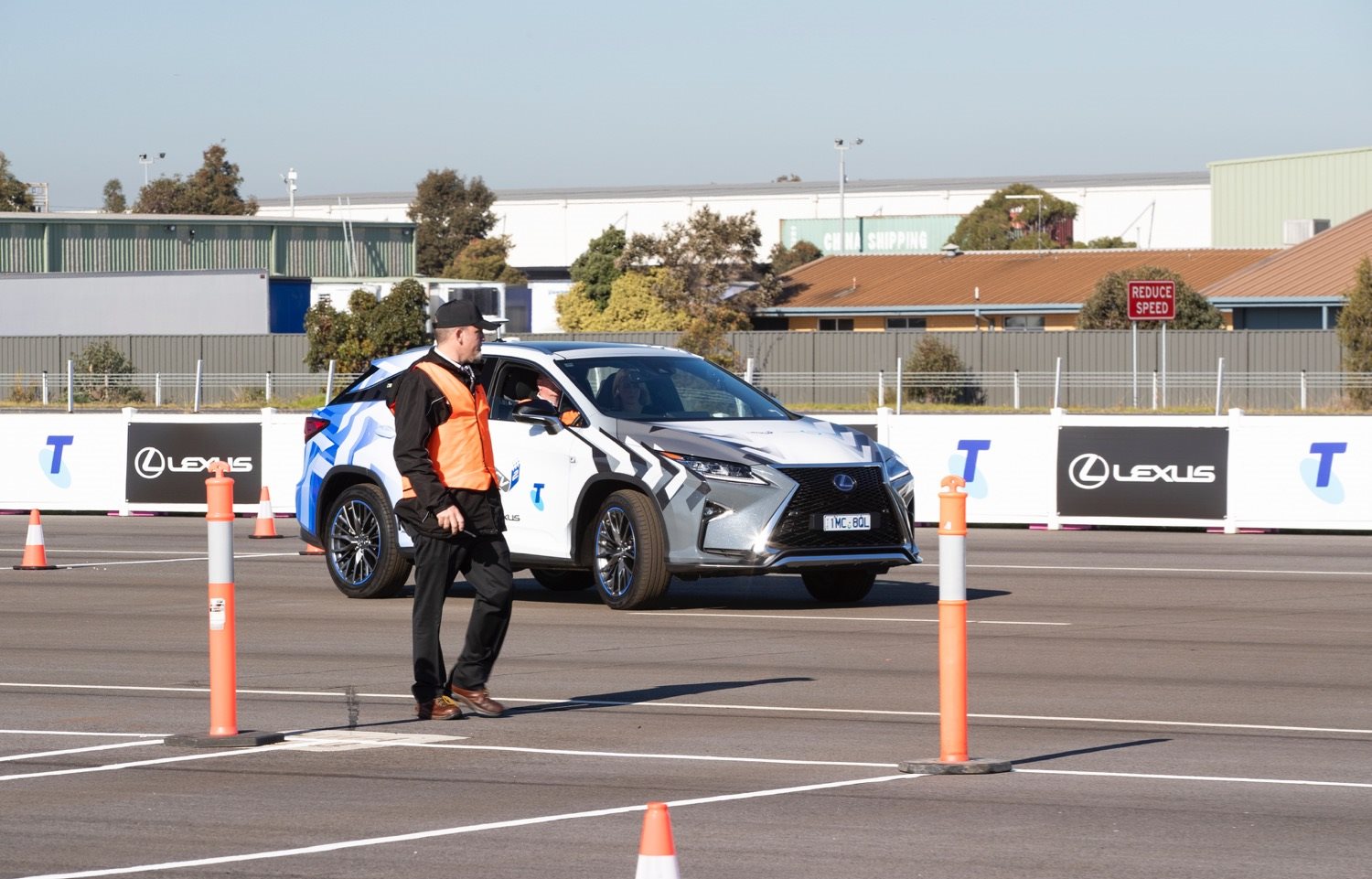 Beyond safety, a larger network of vehicles will be able to ease congestion and increase flow.

“It is part of our company’s global commitment and dedication to safety first and our pursuit of a global vision to lower traffic fatalities to zero and to reduce congestion, emissions and fuel consumption,” said Thompson.

“This vital project is all about saving as many lives as we can as soon as we can and making the experience of driving more fun as we make it safer.”

For now, the technology is on trial in Victoria, and the two Lexuses are equipped with thousands of dollars of specially-built electronics that are not feasible for production cars. But with the installation of connected infrastructure it is not hard to see that the rule makers are expecting vehicles to begin shipping onto our shores with the technology in the not too distant future.