Owners of Tesla’s Model S and Model X equipped with the Raven drivetrain will soon receive an update for their car allowing lower acceleration times and improved cooling, an email sent to buyers has revealed.

The electric car maker announced a new performance figure, 0-60mph in just 2.3 seconds (0-97km/h), for the Model S through the adoption of a new launch mode called Cheetah Stance which lowers the front axle while leaving the rear slightly raised, much like a dedicated drag car.

Tesla owners took to social media to spread the word, notably in the form of American YouTuber Marques Brownlee posting a screenshot of the email. 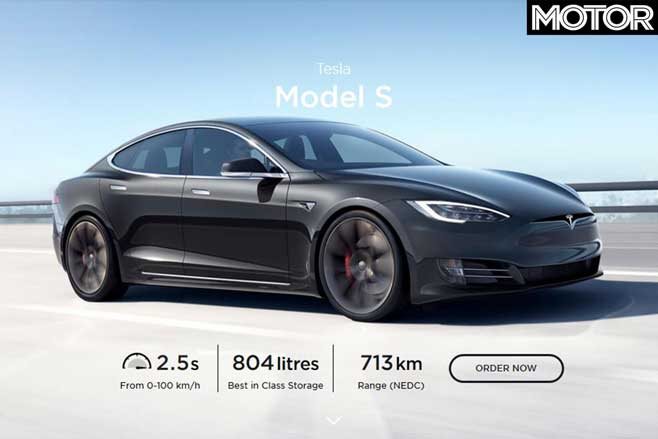 Tesla's Australian website is yet to update the displayed performance figure.

“You asked for it,” the email begins. “With our latest over-the-air software update to Model S Performance, we improved 0-60mph [0-97km/h] acceleration to 2.3 seconds and quarter-mile time to 10.4 seconds.

“Go for more back-to-back runs with improved thermal endurance, and activate Launch Mode with a press of the pedals.

“Launch Mode’s new Cheetah Stance lowers the front axle and adjusts damping before entry for better traction and faster acceleration off the line.

“You’ll automatically receive this update based on your location and vehicle configuration—you can’t request the update.”

The email sent to Model X owners instead claims the new 0-60mph time as 2.6 seconds, with Cheetah Stance added, and cooling claimed to be three times more efficient than previously.