The final Ford Falcon has begun its journey down the Broadmeadows production line.

These photos, sourced from the Fans of Falcon Facebook page, show a Kinetic Blue FG X Falcon XR6 being honoured as the final Australian-made Falcon.

Exactly which 'final Falcon' it is, however, is unclear. Ford is auctioning off the final Territory, Falcon and Falcon ute able to registered and driven on the road with the proceeds going to schools in the Broadmeadows and Geelong areas. Ford Australia refused to confirm which model the last Falcon would be, however the auction details identify the final Falcon sedan as a blue XR6, so it's likely to be the car pictured here.

There is a slight twist to the story, though, as the very final Falcon sedan (as well as ute and Territory) will be fitted with a compliance plate without the government authority number, which means it cannot be registered.

These very last vehicles will be kept by Ford to be shown as display vehicles at enthusiast events and also loaned to museums. 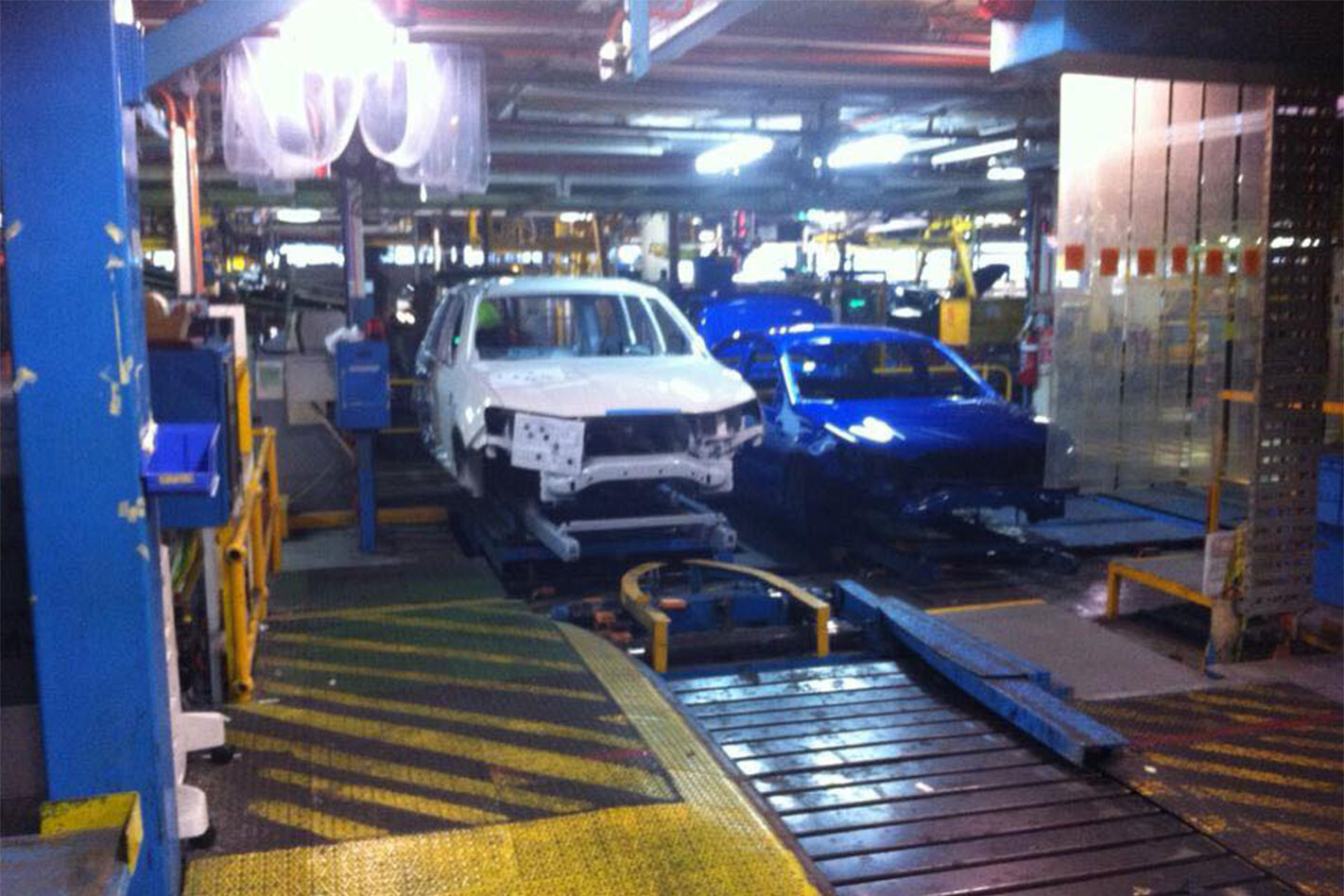 As well as the blue XR6 sedan, the final saleable Ford vehicles are a silver Territory Titanium diesel and a grey Falcon XR6 Turbo, which was built on July 29 and will be sold pre-registered.

The Ford production line closes on Friday, October 7. To learn more about the Final Ford auction or to register to bid visit www.fordfinal4.com.au.