Toyota has detailed the costs involved in modifying a Toyota 86 to compete in the forthcoming Toyota 86 Pro-Am Racing Series which kicks off in May.

Developed by Neal Bates Motorsport, the $25,000 package upgrades the engine, suspension, braking and wheels and tyres, which can be fitted to any ADR-approved manual variant.

The 2.0-litre FA20 flat-four engine receives a custom exhaust system, TRD oil cooler and a locked Motec M150 ECU, which can be swapped from car to car to ensure parity.

Adjustable coilovers front and rear are supplied by Queensland based MCA, while brakes are upgraded to 330mm front and 316mm rear discs grasped by four-piston front and two-piston rear AP Racing callipers. 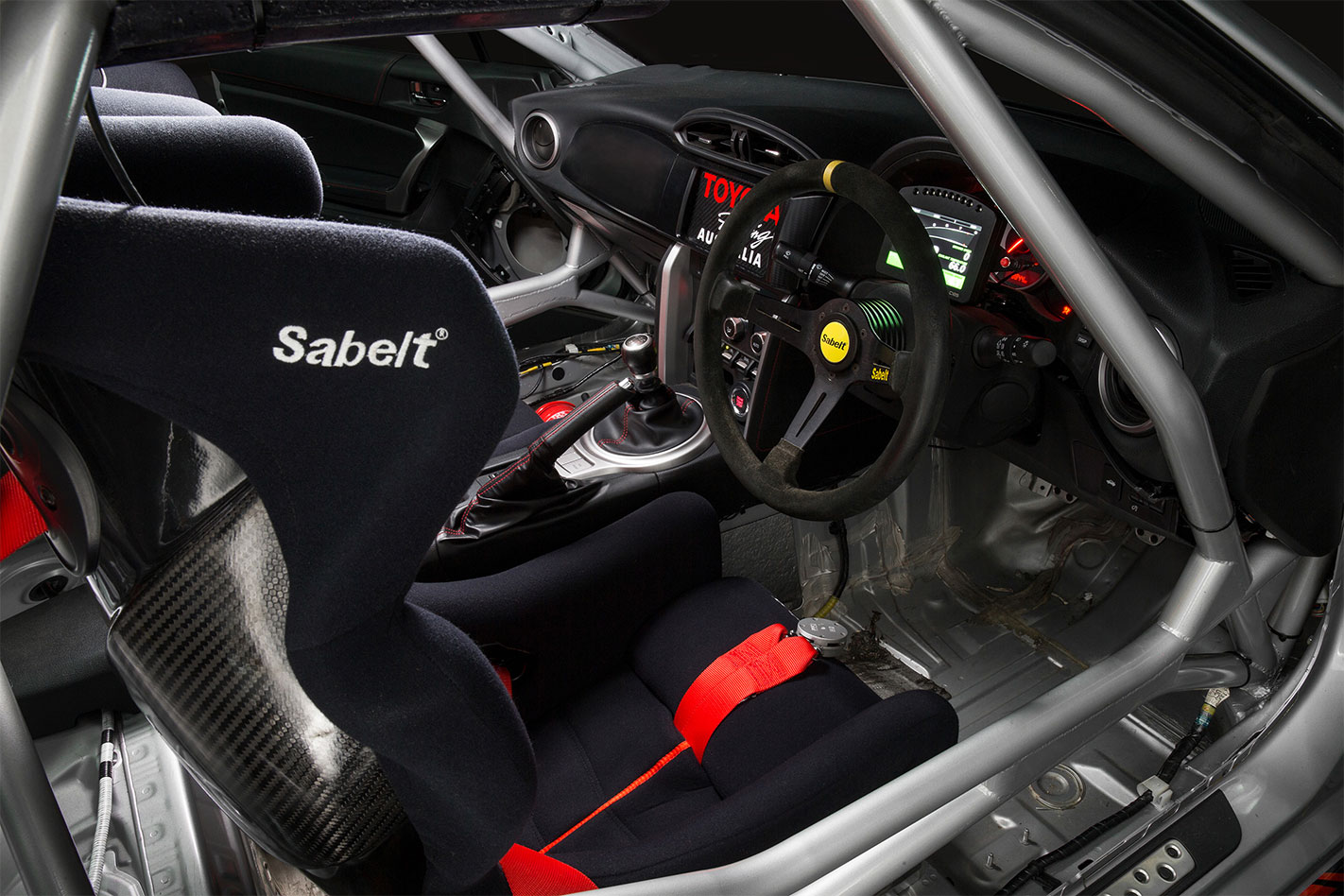 Rounding off the package is a modified throttle stop, new rear spoilers and baffled sump.

Independent of the performance modifcations, competitors will also have to ensure cars are upgraded to the required safety standards with a full roll cage and CAMS-compliant seat and harness. Toyota estimates the cost of this equipment to be in the region of $12-15,000.

The Toyota 86 Racing Series begins at Winton in May, moving to Sydney Motorsport Park in August before supporting the V8 Supercars championship at Sandown (September), Bathurst (October) and Sydney (November).