A builder from the UAE, K.K Performance, has decided four isn’t enough for this Hachi-Roku. He wasn’t even happy with six, or eight, or 10… it had to be 12.

So where does one find a V12 suitable for plonking into a space-conscious Toyota engine bay? The answer is surprisingly close to home for the 86.

If you haven’t looked it up, you will either already know exactly what a 1GZ-FE is, or have absolutely no idea.

This 86’s new powerplant was originally built for one of its siblings, the Toyota Century. Used by Japan’s emperor as an official car, the Century is essentially a 5.0-litre V12 limo sold only in Japan. It’s also not particularly exciting to look at. 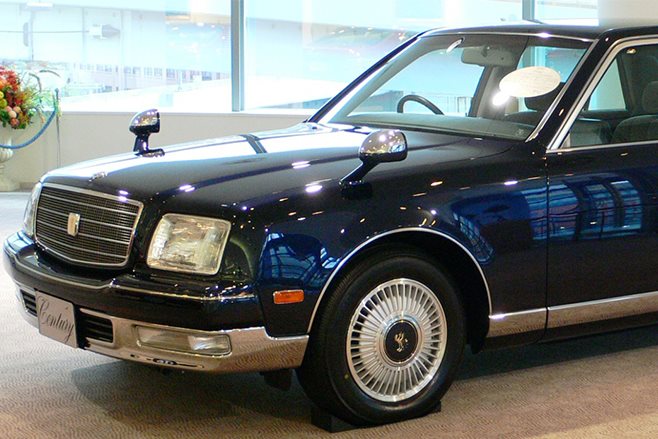 In the 86, and with four turbochargers jammed up against it, K.K Performance told the uploader of the above video that the V12 puts out around 600kW. That seems low for a V12 with four snails attached, right?

Our best guess is that it’s got far more potential than that, but it’s probably not worth running it at that level if it’s not going to actually use what it’s got. 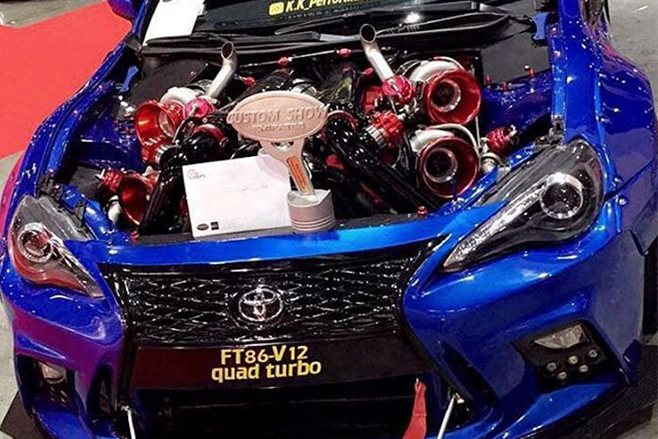 Still, what it does have looks incredible. You’d be forgiven for checking the date to make sure this isn’t an April Fool’s joke, because we certainly did.

As much as we’d love to see it barrel down a drag strip, we’ve got the feeling this ridiculous 86 won’t get the thorough wringing it deserves.