Toyota has revealed the 2017 facelift for its 86 sports car ahead of its debut at next week's New York Motor Show.

Anyone expecting wholesale change will be disappointed, however Toyota has made a number of tweaks to both the styling and mechanical package.

Heading the mechanical upgrades is an extra 4kW/9Nm from the 2.0-litre boxer four, bringing totals to 151kW/214Nm. Hopefully, these slight increases are indicative of efforts having been made to smooth the 86's notoriously lumpy power curve.

Toyota claims "additional performance comes from a gear ratio change" which we can only assume means there is a shorter final drive ratio to give the torque-lite atmo engine some added pep. 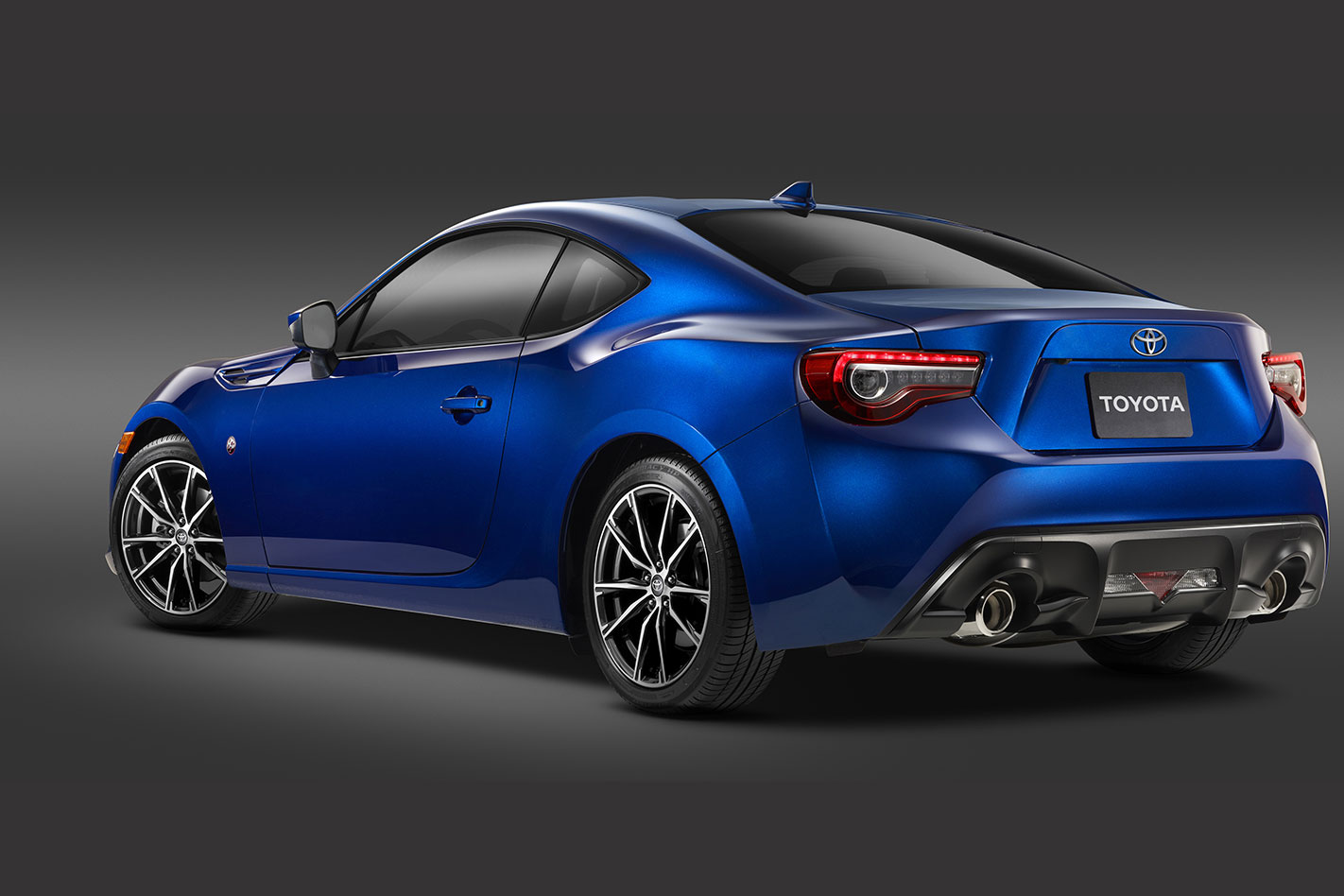 Under the skin there is revised suspension with new damper and spring rates, while for those who struggle with basic driving skills, Hill Start Assist Control stops the car rolling back when taking off on inclines.

The 2017 styling package is busier and more aggressive, with a larger grille, revised LED headlights and bumper and redesigned fog lamp bezels. The 86 badge has moved further down the front wings and there's also a new rear bumper.

There's a new alloy wheel design, while inside, a new soft-touch material covers the instrument panel and door trims and the steering now incorporates audio controls.