This is a V6 hybrid concept car, but it’s about as far from a Camry as Toyota can get. It aims to preview the next generation of high powered production vehicles, though Toyota told MOTOR it has nothing to do with the upcoming new Supra, which is being developed with BMW.

Gazoo Racing Company president Shigeki Tomoyama says that basing concepts on race cars is a better – and more fun – way to progress development in its vehicles than basing them on road cars.

"Rather than developing production cars into sports cars, we aim to work out how to incorporate the know-how developed through races and rallies into production cars," Tomoyama says. 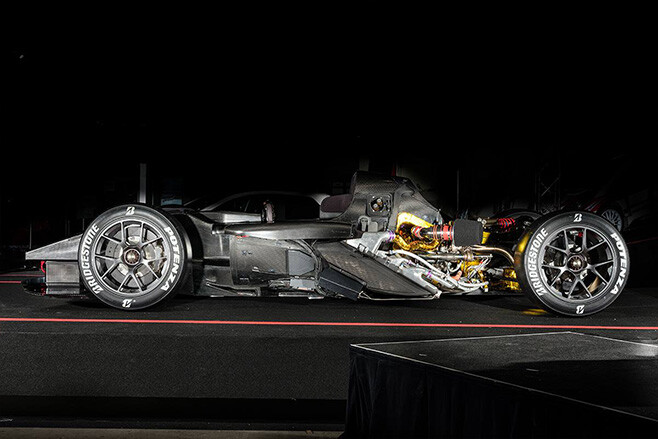 "Although it will be some time before you all have the opportunity to get behind the wheel, I hope that the GR Super Sport Concept will give you a taste of what we aim to achieve with our next-generation sports cars.

"Even as electrification and IT technologies accelerate, the availability of different types of cars, including polar opposite models like the GR Super Sport Concept and the e-Palette Concept, means that they will never become a commodity. "Furthermore, it is an unchanging fact that people want to travel freely, access distant places, and to get there quicker than everyone else in attractive vehicles. The feelings that one has for a car that can do all this are rich and heart-pounding."

Toyota has only revealed a few images of the car so far, but it will be shown in the metal at the Tokyo Auto Salon.