Not resting on its strong-selling laurels, Ford Australia has announced updates to the 2020 Ford Mustang GT, including new styling and servicing deals for buyers of the popular pony car.

A range of retro-inspired colours, including a new version of ‘Grabber’ Green called Grabber Lime, is set to separate the MY20 from other model years, along with an optional ‘Black Shadow’ styling pack. 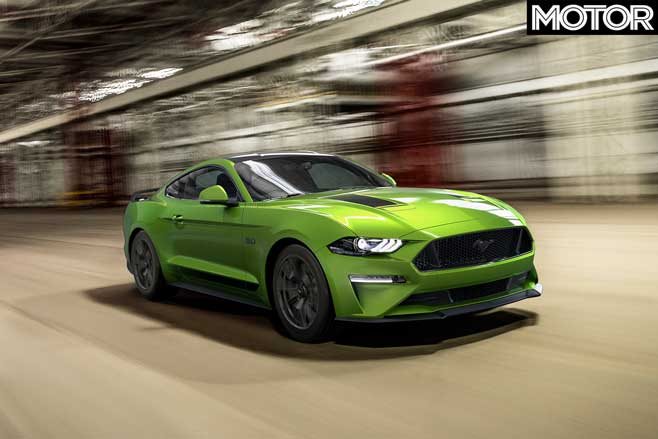 Alongside  Grabber Lime, which Ford colour and materials manager Barb Whalen calls “lime green on steroids,” other colours available will be the equally retro Twister Orange (not quite as loud as the Orange Fury seen on 2018 and ‘19 models), plus Iconic Silver and Red Hot.

To give the Mustang GT an extra dash of flavour, Ford Australia will also offer – for $1000 of your hard-earned – a Black Shadow styling pack, which adds a black painted roof, bonnet and side stripes, 19-inch, 10-spoke alloys (also in black), and blacked out badging on the grille and for the ‘5.0’ signifier.

“It gives the classic Mustang lines a sinister flavour that really adds a raciness and competition look to it and harks back to some of the graphic and decal packages that we’ve had in the past.” 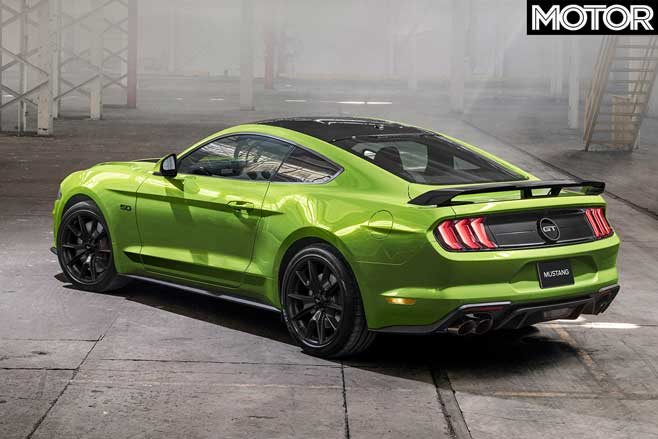 Having a tough-looking pony is clearly important, but something customers might find more practical is the Ford Service Benefits program, which is now available to Mustang customers for the first four years of ownership, or until the car hits 60,000km on the odo. Whichever comes first.

With this servicing plan, eligible customers pay a maximum of $299 to service their MY2020 Mustang “per A or B logbook service at participating dealerships.” 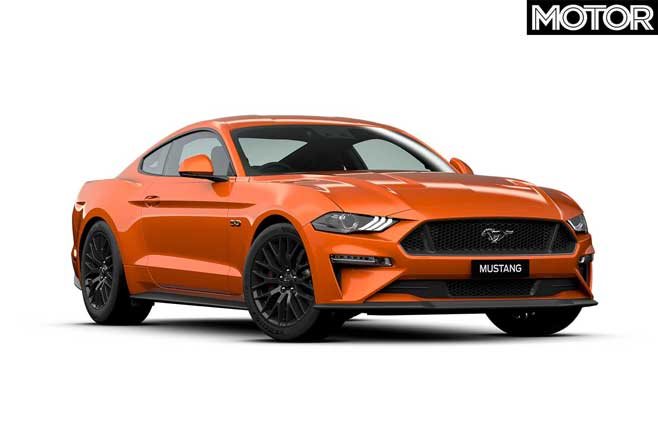 “The Mustang is an icon, and Australian customers have been asking for more ways to customise and individualise their particular vehicle, so we’re pleased to offer more ways of doing just that,” says Hart.

“These new offerings help make the 2020 Mustang really stand out, and for the first time, our Ford Service Benefits program, with our service price promise, is part of Mustang ownership, too.”

No changed to mechanical specifications have been announced for the 2020 Mustang, so its 5.0-litre atmo V8 will make the same 339kW and 559Nm as the current GT. No word on a fix for its overheating issue, which MOTOR has encountered numerous times on track, either.

Ford Australia says the 2020 Mustang will be available in local dealerships from November 2019, with updated pricing details to be confirmed closer to the date.