Australia’s track-focused Volkswagen Golf GTI Clubsport model will be known as the GTI 40 Years because locally HSV trades on its overseas name.

What’s in a name change? A couple of doors and some unique features, according to Volkswagen Australia public relations manager Kurt McGuiness, who confirmed to MOTOR the three-door Clubsport will become a five-door 40 Years for our market when it lands mid-year.

“It’s coming mid-year [and] will be the GTI 40 Years because obviously Clubsport is already a synonymous brand name out in Australia,” said McGuiness. “This will be a stand-alone model for our market, Germany is effectively building a special model for us and it will be five door.

“The other thing that will be a real kicker is that we will get the same 195kW engine that’s in the Clubsport and available in Germany [so] it will also be the fastest Golf GTI ever.” 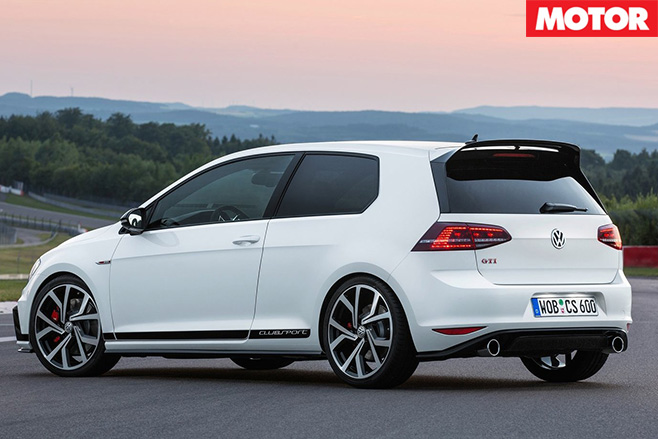 Based on the Golf GTI Performance, the Golf GTI 40 Years will upgrade outputs of its shared 2.0-litre turbocharged four-cylinder engine, from 169kW to a full-fat 195kW with the same 350Nm. However a 10-second overboost function delivers 213kW and 380Nm – beating the 206kW/380Nm Golf R in the process.

For the six-speed-manual Golf GTI Clubsport that power upgrade results in a claimed 5.9-second 0-100km/h compared with 6.4sec for the DSG-only Golf GTI Performance and 5.2sec for the manual Golf R.

The Clubsport uses the limited-slip differential from the front-drive GTI Performance, but trades on aggressive aerodynamic modifications and extra power, without the all-wheel drive hardware of the Golf R that pushes weight from 1364kg (GTI Performance) to 1416kg. 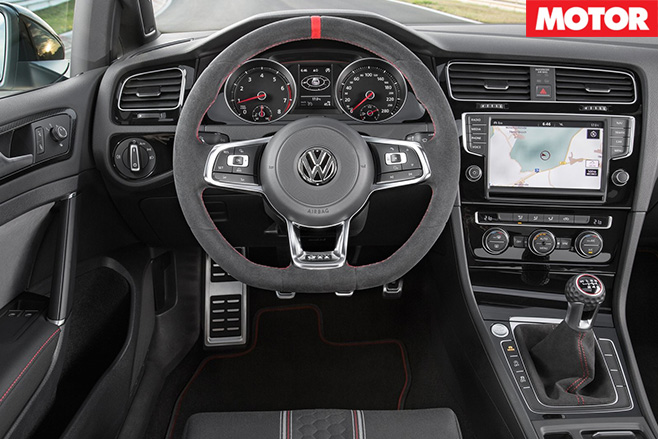 McGuiness said that for the GTI 40 Years both a manual and DSG will be available to Volkswagen Australia but added that the brand “can’t confirm at this stage” which will be imported “but we are interested in both.”

Volkswagen Australia chose not to import the GTI Performance with the six-speed manual available overseas, however the Clubsport/40 Years that is tagged as moving the Golf “into the realms of motorsport driving dynamics” we understand has a much better chance.

What the 40 Years shares with the Clubsport is unclear, however. “There will be a lot of similarities but I’m not in a position to talk about spec at this stage, but it will also have some unique features for our car,” said McGuiness.

What is a sure thing is that the Golf GTI 40 Years will be price-positioned between the $47K Golf GTI Performance DSG and $53K Golf R manual when it arrives locally mid year.