Despite the T8 designation, the Volvo Estate does not have a V8 petrol engine like our homegrown Holden hero, but rather a turbocharged and supercharged 2.0-litre engine with half the cylinder count but the addition of an electric motor. The V90 T8 Estate, shown here with the R-Design package expected to be standard in our market, claims 5.2-second 0-100km/h acceleration. Incidentally that is two-tenths adrift of MOTOR’s best time recorded in a Commodore SS (though in the 74kg-lighter sedan bodystyle).

A torque figure of 640Nm also puts the large local’s 570Nm to shame, and the big Swede drives its figures through an eight-speed automatic to all four wheels. 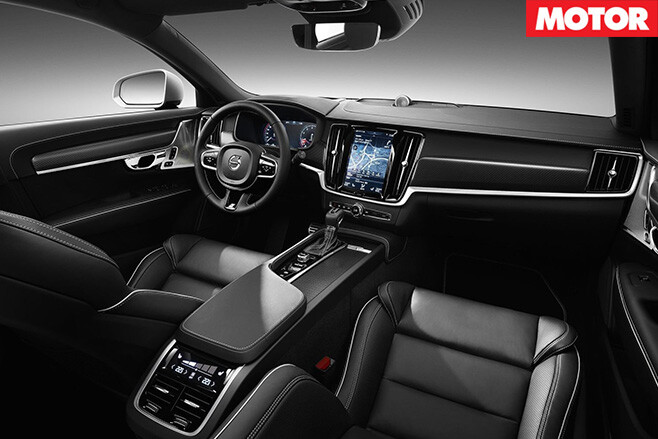 More is expected, too, with Volvo’s Polestar tuning division – think HSV – all but confirmed to further raise outputs to 314kW/680Nm. It has released these figures for the XC90 T8 Polestar SUV, and the V90 T8 wagon utilises the same powertrain on the same modular chassis.

Being lighter, even this standard V90 T8 is three-tenths faster from standstill to 100km/h than the XC90 T8 Polestar, however. 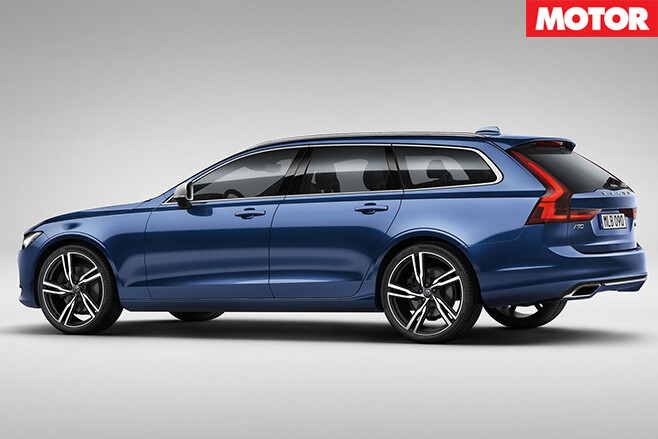 There is also a less interesting S90 sedan variant of the V90 coming to Australia, although it shares the wagon’s acceleration claim – and nothing says Volvo quite like an 850 wagon up on two wheels participating in the British Touring Car Championship (BTCC).

Now for the bad news. The S90 and V90 T8 R-Design won’t exactly provide Swede relief for existing Commodore SS Sportwagon owners because each Volvo will retail locally for more than $100,000 before on-road costs.