THE AVAILABILITY of a six-speed manual gearbox is a headline feature in the newly released Golf GTI 40 Years edition, but you can’t get one yet, and almost all of the 100 manual ‘boxed units allocated to Australia are already sold.

The high-powered, 500-only limited edition Golf is available in dealers now, but manual versions won’t arrive until September. By then, it’s expected that every one of them will have a buyer’s name and a deposit against it. 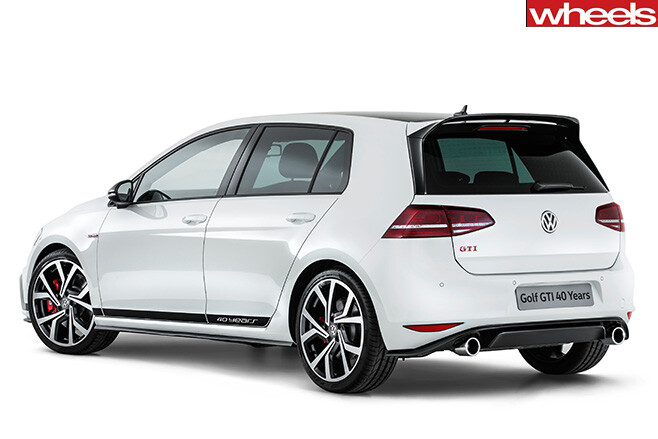 The regular Golf GTI is available as a manual, as is the Golf R, but the GTI Performance, favoured by fans for its blend of chassis, balance and adjustability, but without the extra cost and weight of the all-wheel-drive R, is only offered as a dual-clutch automatic.

This makes the 40 Years, which features the same electronically controlled mechanical LSD, big brakes and other track-focussed features as the GTI Performance – but with a superior power-to-weight than even the R – a uniquely appealing proposition. Given the decline in the availability of manual high-performance cars, the six-speed manual 40 Years it seems, will be the GTI to own; from the point of view of both driving purity, and collectability.

If you want one, says Volkswagen Group Australia spokesperson Paul Pottinger, “get in now.”