Call me a Luddite, but robotic cars should stay the hell away from track days.

So it appears some of our British friends are organising an autonomous vehicle track day.

As a fan of the occasional on-track blat, the idea of chucking a helmet and toolkit into my car and driving to a racetrack only to let a computer have all the fun of steering a car at full pelt is about as appealing as going to a strip club blindfolded.

Here’s an idea: if you consider yourself a bit of a thrillseeker yet the idea of being in control of your own destiny scares you, why not ride a rollercoaster?

Don’t favour an on-rails experience? Maybe take up bull riding instead – a metric tonne of pissed-off beef is the very definition of autonomous; just try and convince it otherwise. 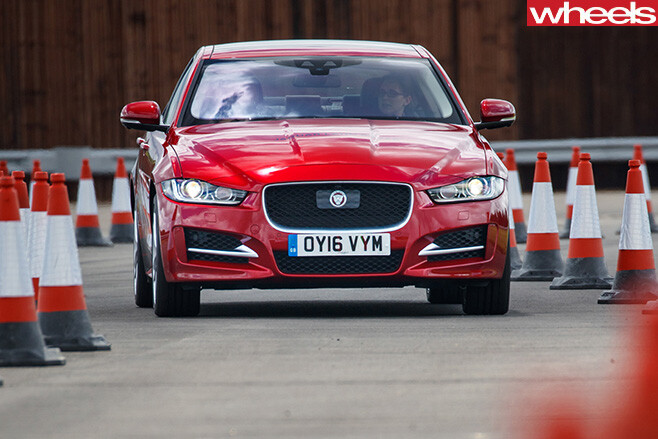 Granted, it appears the UK autonomous track days (organised by the government-backed Innovate UK organisation) are more about letting businesses and hobbyists test their self-driving creations in a safe environment than clipping apexes and burning rubber. However, it is the opinion of this writer that it sets a dangerous precedent.

It might be engineering graduates testing out an anti-collision algorithm today, but what’s next? Autonomous drifting? Driverless time attack? Robo-burnouts at Summernats? Computers may think faster and cameras might see clearer than the average human, but track days are for humans to enjoy, not electronics.

My reaction is tongue-in-cheek of course, but Innovate UK could have avoided my wrath by simply not abusing the term “track day”. The proposed events (which will also take place in France and Austria) will involve pilotless prototypes slowly crawling through a maze of cones, not taking the racing line.

Would we ever see a true autonomous track day though? In a way, we already have. Audi has campaigned a driverless Audi TT Sport at the Pikes Peak International Hillclimb and wheeled out two RS7-based Piloted Driving demonstrators at a number of circuits in 2014. The cars are supposedly rather effective at recording fast laps, but is that as fun as driving around a track yourself?

The future is looking bleak for car fiends.