THE 2015 FRANKFURT motor show was largely about speed, even when it was trying to be green, or comfortable.

Take Porsche’s Mission E. Fantastic design, the promise of fast charging tech, and no fuel bills. Oh, and it’s to be the fastest electric car the world can handle.

When it arrives in showrooms around 2018 it seems doing your bit for the environment could also keep you pinned to the back of the seats like nothing before it. 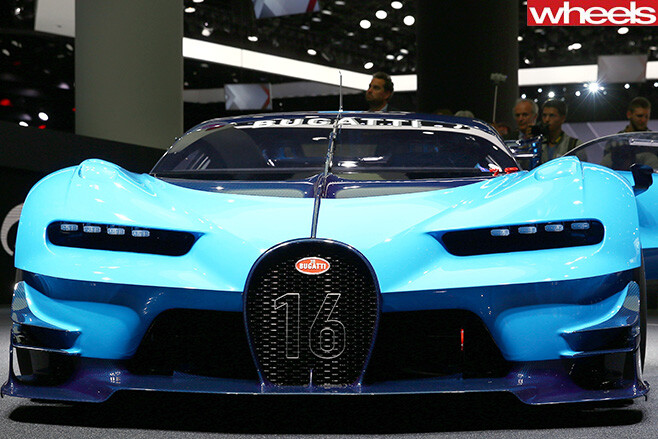 Then there’s the Bugatti Vision Gran Turismo concept. OK, so theoretically it’s about going fast in the digital world. But the radical winged supercar (Boeing must surely be jealous) also forms the basis for the replacement for the legendary Veyron. Only it’ll be quicker than the quad turbocharged 16-cylinder monster that lost its maker millions. Understandable, really, because 431km/h just doesn’t raise the heart rate quite enough…

Sounds a lot more like bragging rights than a genuine advance in motoring. But hey, in the quest to be thorough we still want to make sure it lives up to its claim. For those looking to go fast anywhere on the planet you can slip behind the wheel of the Bentley Bentayga. Stupid name aside, it lays down the gauntlet as the world’s fastest, most powerful SUV. More than 300km/h thanks to its 447kW W12 engine. And if you get bored of tearing up the suburbs you can even go off-road, at least if you want to risk dusting up the 22-inch wheels. Just what the eastern suburbs set has been craving.

Yet people never seem to tire of the lure of speed. The sales figures show performance cars have never been more popular. And manufacturers are beefing up engines to ensure everything from a city hatchback to a high-riding SUV can surpass some mythical number that somehow means yours is better than what the bloke  next to you has.

The reality is most owners won’t get close to experiencing the full potential of their go-fast machines. Even more won’t care.

But they’ll at least know they have something really, really fast. Just in case.

Check out our other Frankfurt motor show stories and video.