The last time Mercedes-Benz launched a new SL, Bob Hawke was calling the shots in Canberra and the Berlin Wall stood as a divider between east and west Germany. And the year? It was 1989.

The world has come a long way since, and with one quick glance at the new 2001 Mercedes-Benz SL and you’ll see that Mercedes-Benz has, too. The two seater, with its sleek new look, fairly oozes desirability. 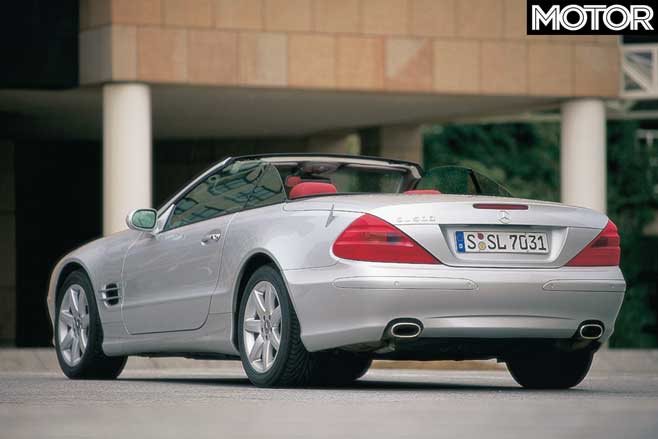 It’s a slippery shape, too. Mercedes-Benz claims overall drag has been improved from 0.32 to 0.29 with the roof closed. With it open, the figure drops from a blustery 0.43 to just 0.34 an outstanding figure by open top standards.

The new car is slightly longer, wider and higher than the outgoing SL. The wheelbase has also been stretched, the track widened and there’s a much needed improvement in interior space. Legroom and headroom are both better.

Benz’s best work with the SL is the fully automatic Vario roof. More than just a simple adaptation of the SLK’s system, it has been fully re-engineered for the new car. A series of electric motors whirr the roof down in just 17 seconds in a seamless transformation from all-weather coupe to sun-seeking roadster. In an incredibly complex process, the rear screen lifts out and rotates 180 degrees along its own axis to allow it and the roof to lie close to each other in the boot. 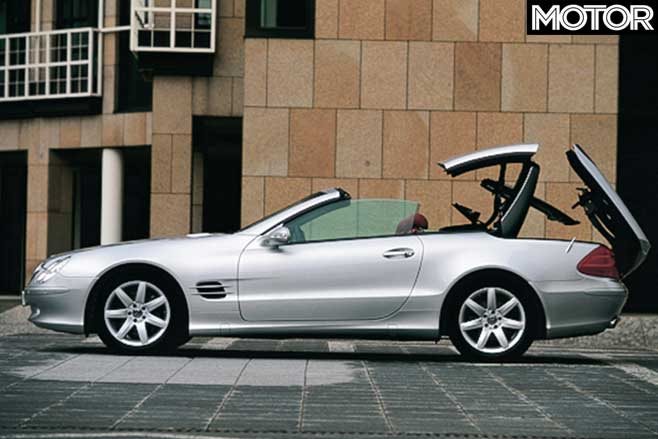 The trade off with the roof down is less boot space. Benz has come up with a device that raises the stowed roof by 20 degrees when the boot lid is opened to create a larger aperture through which luggage can be stowed. The tiny rear seat in the old SL is replaced by stowage bins.

Inside, stylish instruments stare out from Alfa-style hoods. The dash takes its lead from the S-class but incorporates a new circular design theme for the air vents and switchgear.

The seats, broad shouldered affairs, are firm under thigh and offer a wide range of electrical adjustment. Together with an electrically adjustable steering wheel, they contribute to a superb driving position. 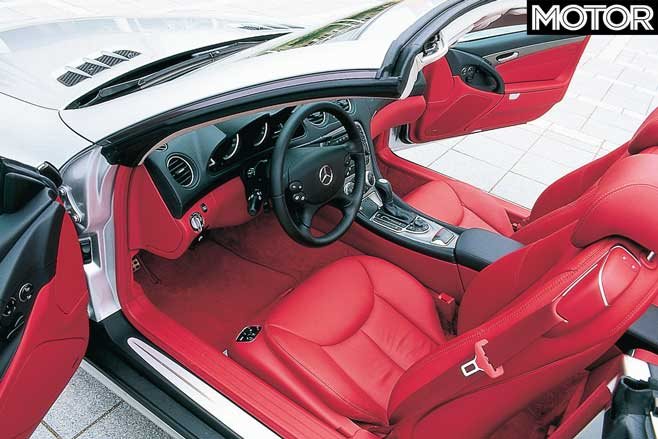 With 225kW at 5600rpm and a hefty 460Nm of pull between 2700 pm and 4200rpm, the 5.0-litre V8 is brilliant with sharp throttle response and creamy smooth power delivery across a wide rev range. Bury your right boot and the 1845kg SL bolts its way from zero to 60km/h in 6.3 seconds. More impressive still is the engine’s mid-range urge. Acceleration is relentless as the big roadster rushes to its 250km/h top speed.

The five-speed auto downloads crisp, seamless changes. There’s a sequential mode, but the transmission is so intuitive that you’re better off leaving it in the set and forget auto mode.

On the open road, the new SL is a good deal more responsive and agile than before. The suspension is new, with a four link set-up replacing the previous SL’s struts at the front and a refined version of Benz’s excellent five-link design at the rear. Tyres are 255/45 Z17 shod on new 8.5 inch alloys. 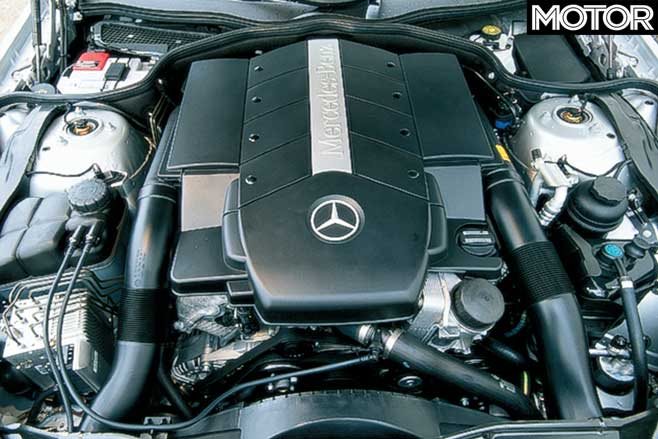 The SL comes with ABC (Active Body Control), which governs spring and damper movements by reacting to input from suspension sensors. It stabilises the body under heavy acceleration and hard braking, as well as quelling body roll during fast lane changes and all out cornering.

With the use of high strength steel and substantial stiffening in the floorplan, torsional rigidity is up by 20 per cent. Scuttle shake, so often the bane of open top cars, is kept to an absolute minimum. A wind deflector mounted behind the seats ensures occupants are kept well protected from any buffeting, even at high speeds. 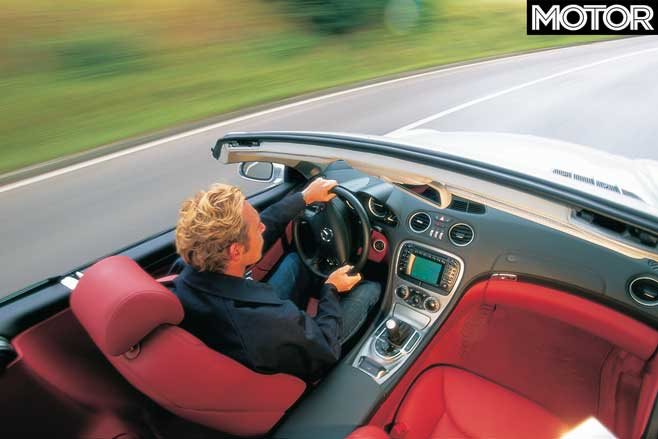 The SL is the first car to use electro-hydraulic brakes, dubbed SBC (Sensotronic Brake Control), which introduce an electronic connection between pedal and calipers, allowing each wheel to be braked individually for a claimed three per cent reduction in stopping distances.

Acting on large ventilated discs all-round, they provide plenty of initial bite, strong modulation and astonishing power once you really get on them. Significantly, the typical pulsating effect you get when the ABS is activated is a thing of the past with Sensotronic. You can now carry big speeds into corners, stand on the brakes and let the SL’s electronics do the rest. 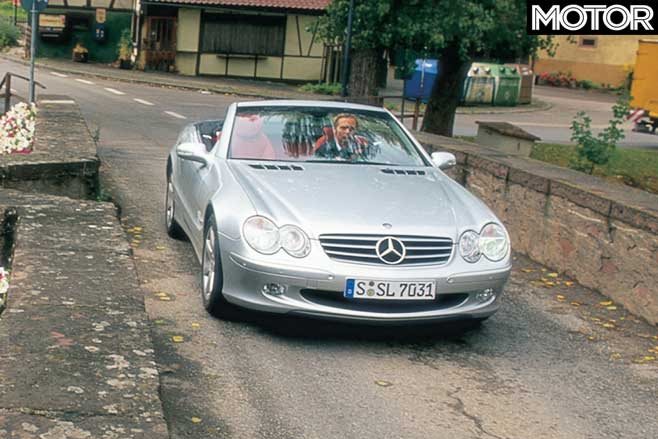 This is a money no object car for which the options list is long. Among them is Command, which groups radio, CD player TV, telephone and sat-nav controls together and which can be linked to Linguatronic, permitting voice command.

You can bet that the SL500 Will be a mega dollar ask when it arrives next year expect it to be around $280K. But it is going to be hard to beat for the bucks assuming you can jump the queue the first year’s allotment of 60 cars is already sold. The new car is a big jump forward over its predecessor. Rest assured, this car will go down as one of the classics. 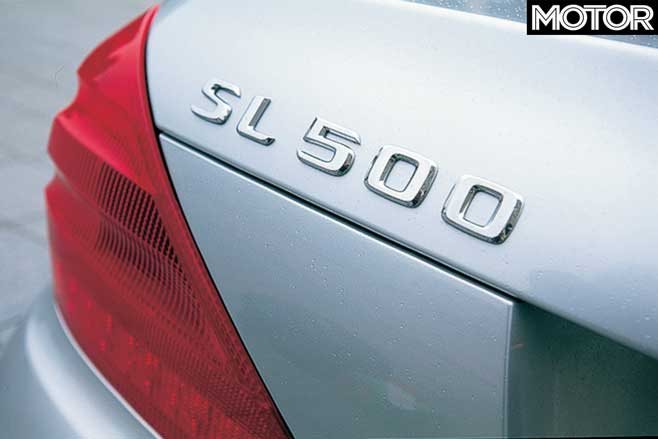 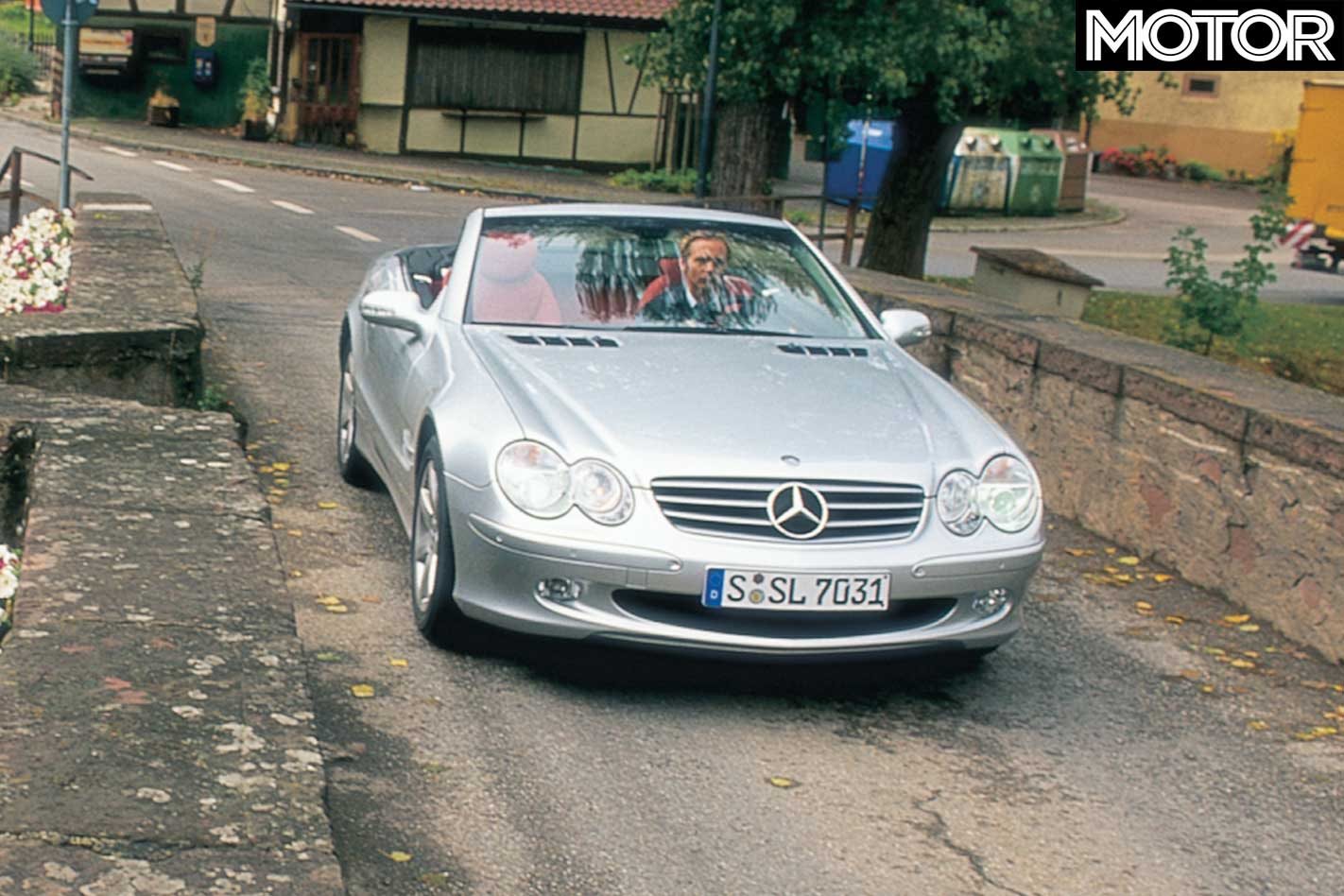 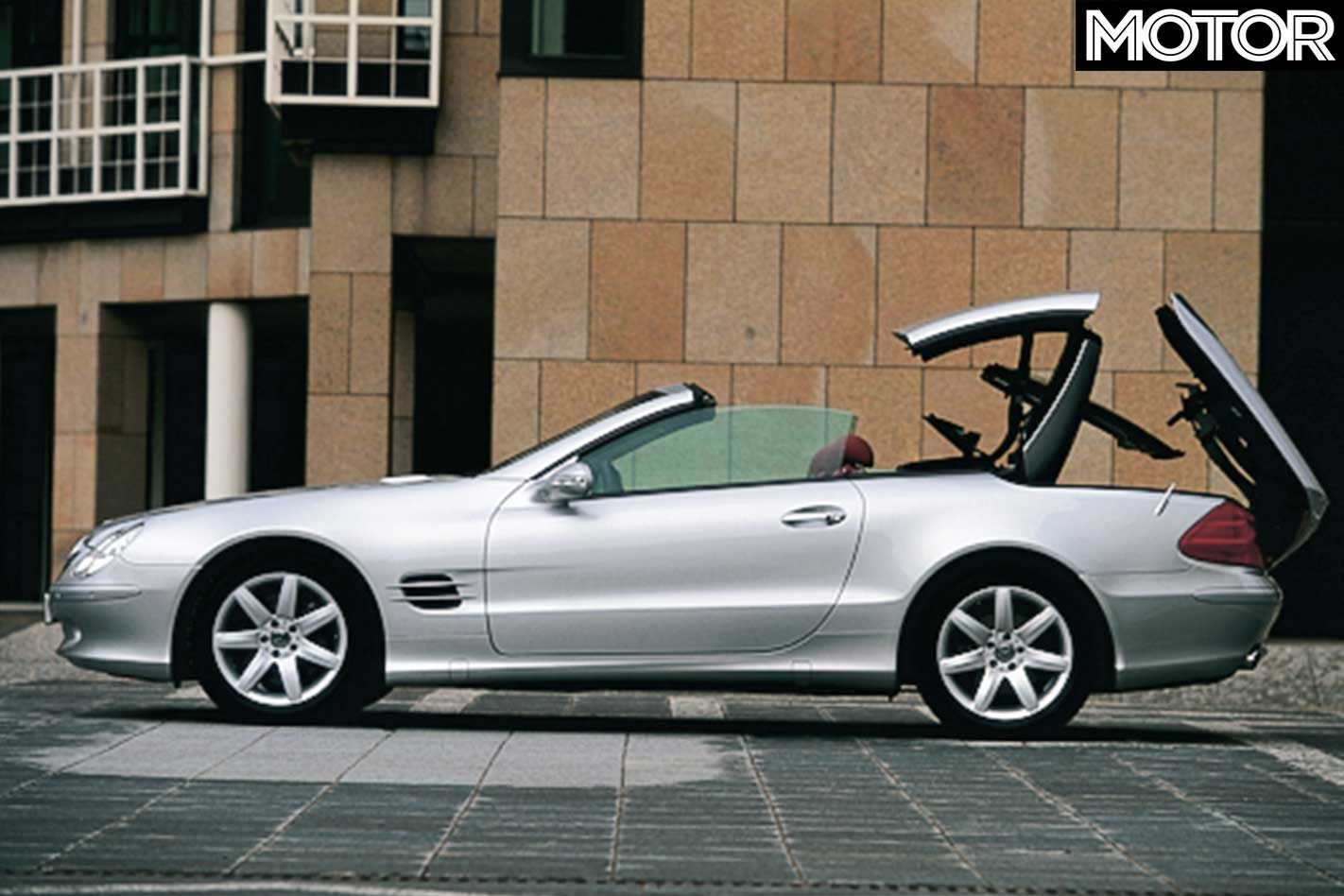 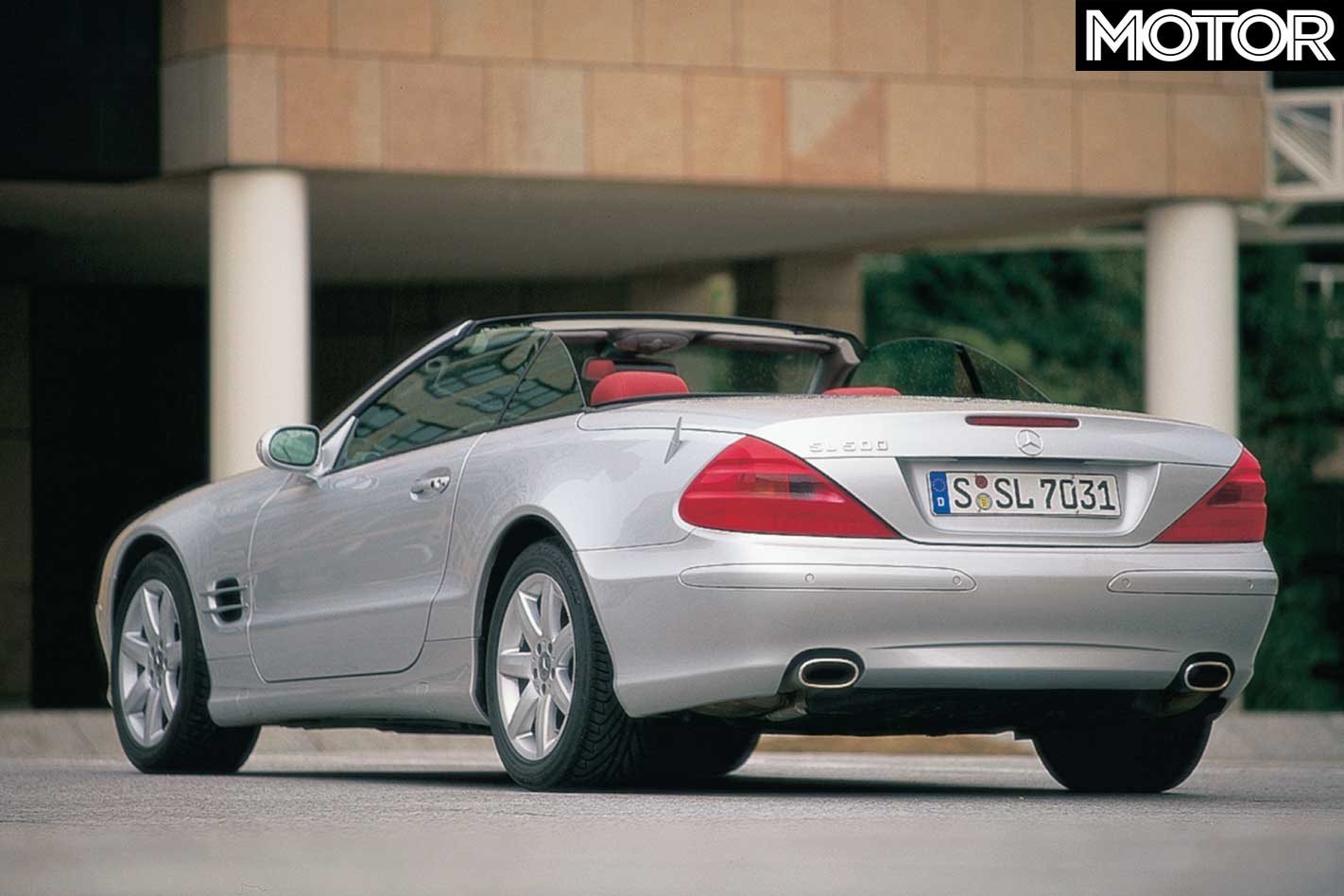 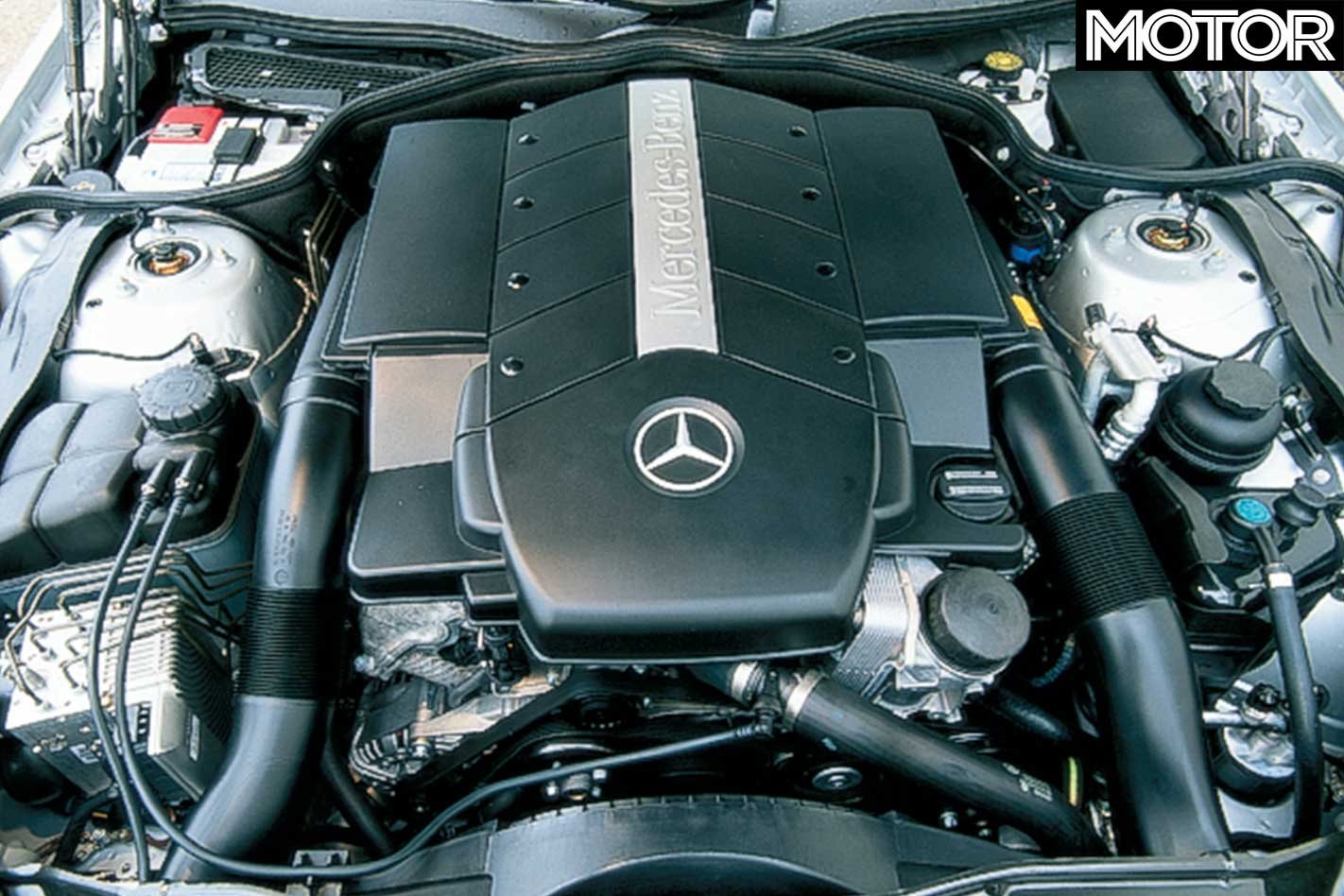 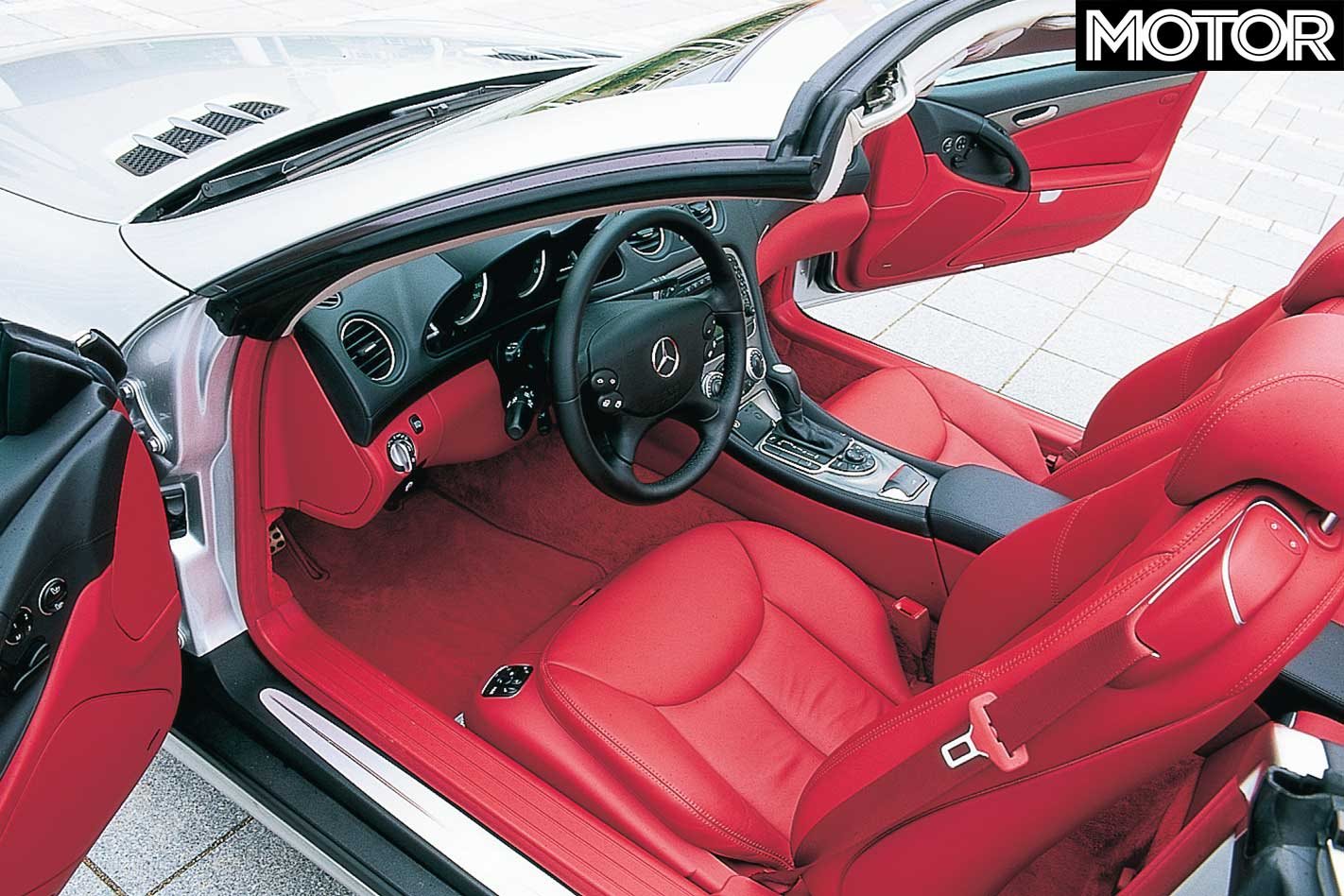 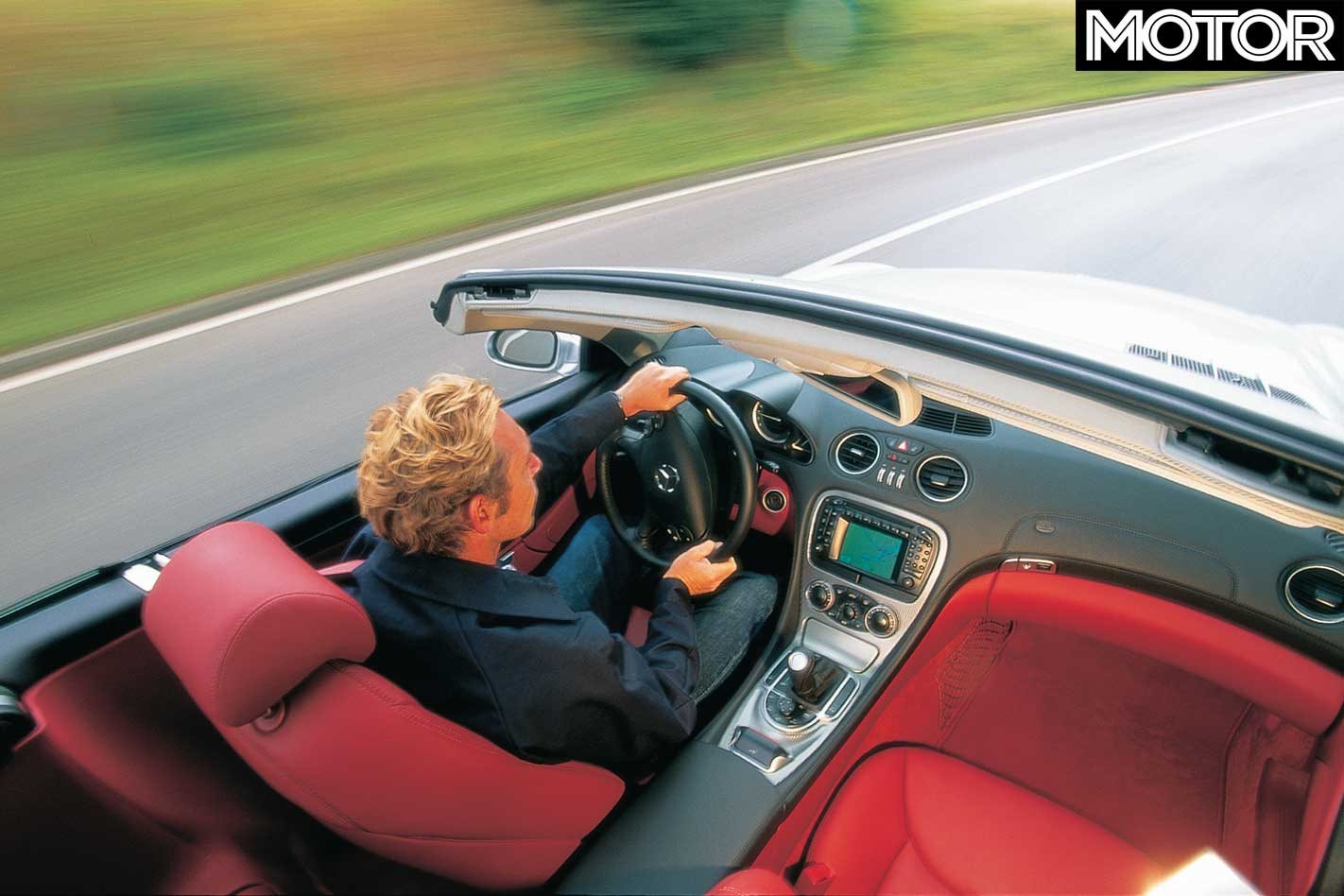 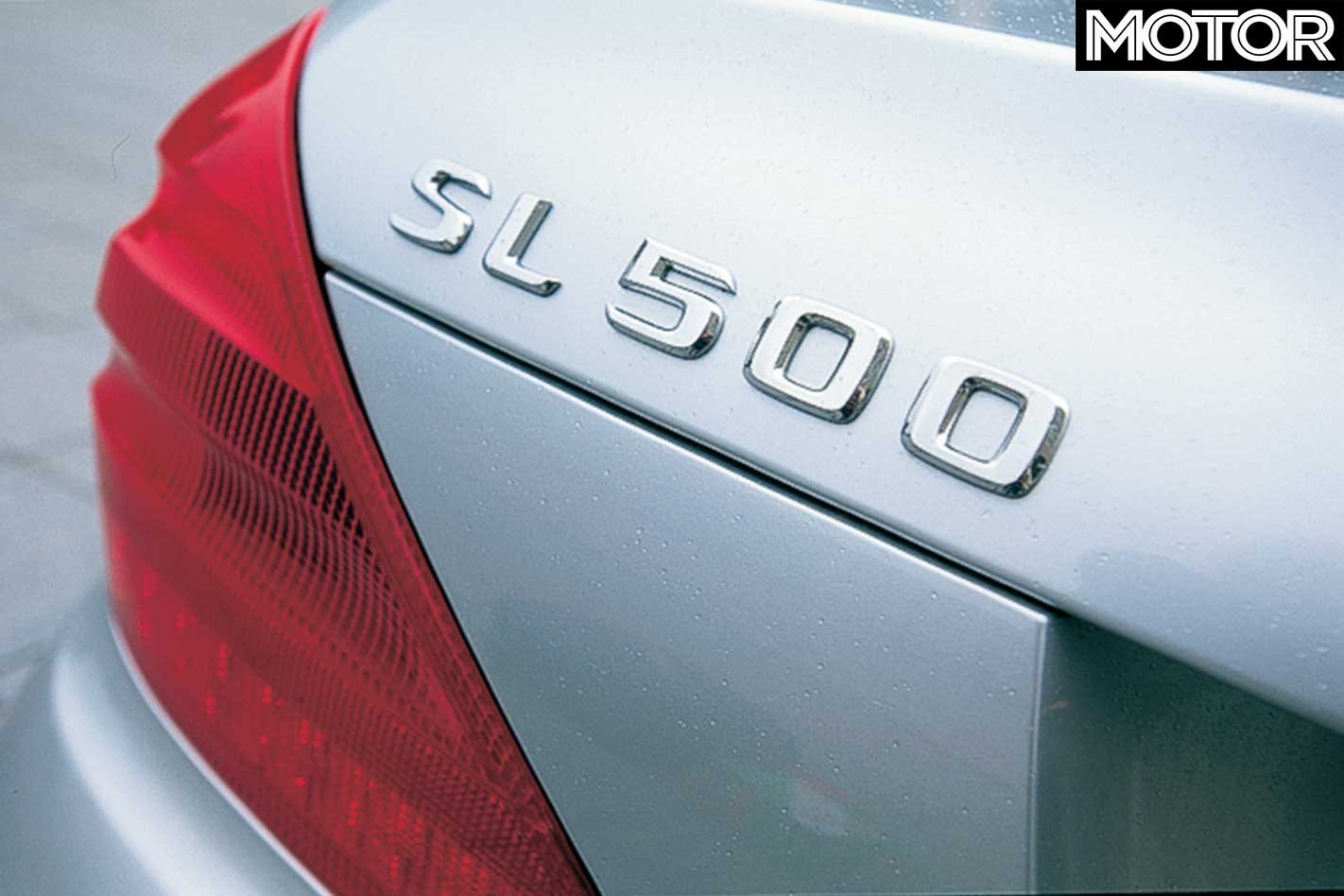 1 / 7 Kable loved to perambulate through the dykes and canals