The Poms have produced some shocking rubbish over the years – the Morris Marina, The Good Life, the English cricket team for much of the last decade – but it should be no surprise that Jaguar’s new M5-bashing XFR sedan isn’t.

Not even remotely close. Instead, 2009’s newest super-sedan is more like Jonny Wilkinson’s Rugby World Cup field goal or Kate Winslet’s chest. They are victories, wonders, and champions of the highest order.

That’s a big call when your trophy cabinet includes such gems as the original E-Type and the first XJ12, but it doesn’t take long behind the wheel of the new R-branded XF to realise that this car is a tremendous achievement. 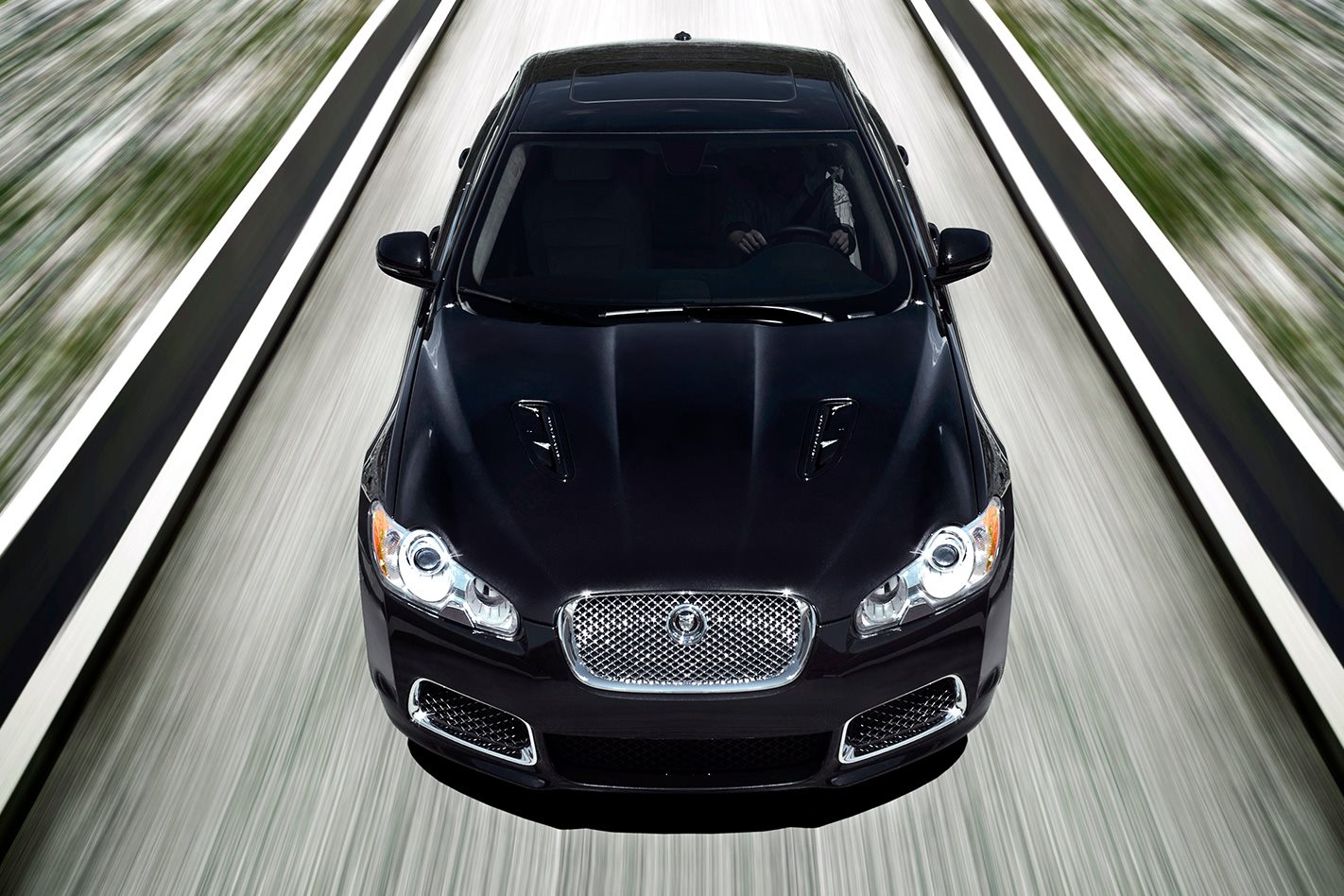 It’s everything a real Jag should be – striking, stately, luxurious, refined – but it also has a violent streak simmering just below the surface, aching to be let loose. If you thought all previous blown Jags were wonderful examples of the classic iron-fist-in-a-velvet-glove metaphor, then this car takes all that to a whole new level.

So what makes the XFR so different from the supercharged XF SV8, launched in Australia only last June? Externally, not a whole lot.

The mirrors feature new LED indicator lights (as do all 2010 XFs) and the R wears new 20-inch Nevis alloys along with a single ‘R’ bootlid badge.

But the visuals are nothing more than garnish to the XFR’s banquet of talent. It is what’s growling behind the crinkly mesh grille that really sets this new Jag apart.

Gone is the likeable but long-serving 4.2-litre AJ-V8, in is the virtually all-new 5.0-litre direct-injection AJ-V8 ‘Gen III’. 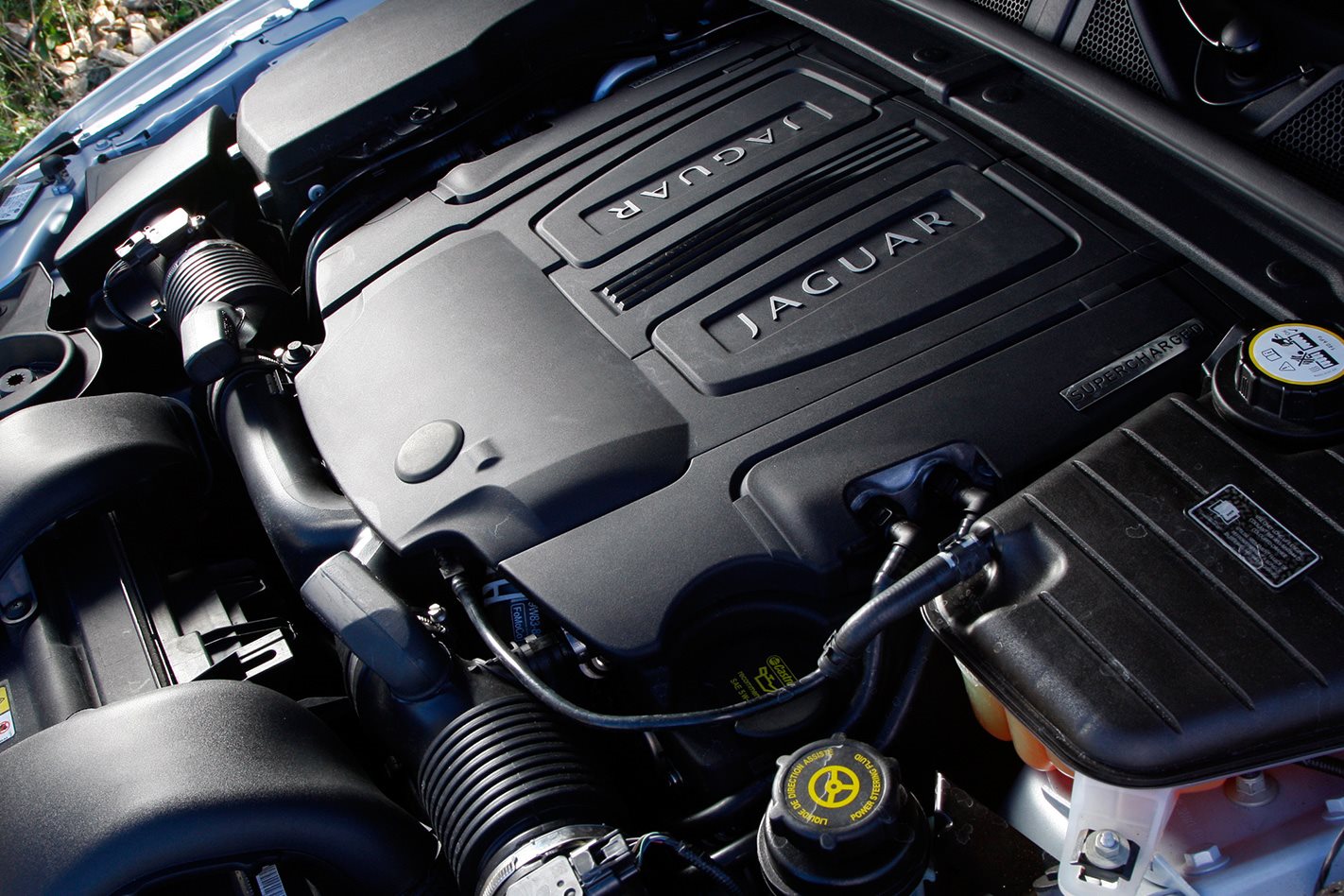 The new engine retains just tappets and cylinder-head bolts from before, meaning the rest is as fresh as the XF itself, boosted by a new sixth-generation Eaton ‘Twin Vortex Series’ supercharger.

According to Tim Clark, Jaguar’s Principal Technical Specialist, “we chose to stay with a supercharger because the transient response is so much better than with a turbocharged engine, even a twin-turbo one.”

The new blower is claimed to be 20 percent more efficient, while a completely redesigned and more direct air intake reduces flow losses by more than 30 percent.

Jaguar offers nine new XKSS
The result is dynamite. Power jumps from a respectable 306kW in the SV8 to a thumping 375kW, from 6000rpm to the engine’s six-five cut-out and shift-up point. That’s 23 percent more in a car that was already bloody quick.

Torque swells, too, from 560Nm to an AMG-rivalling 625Nm, but it’s the manner in which all that force comes into play that sets Jaguar’s new R engine apart. 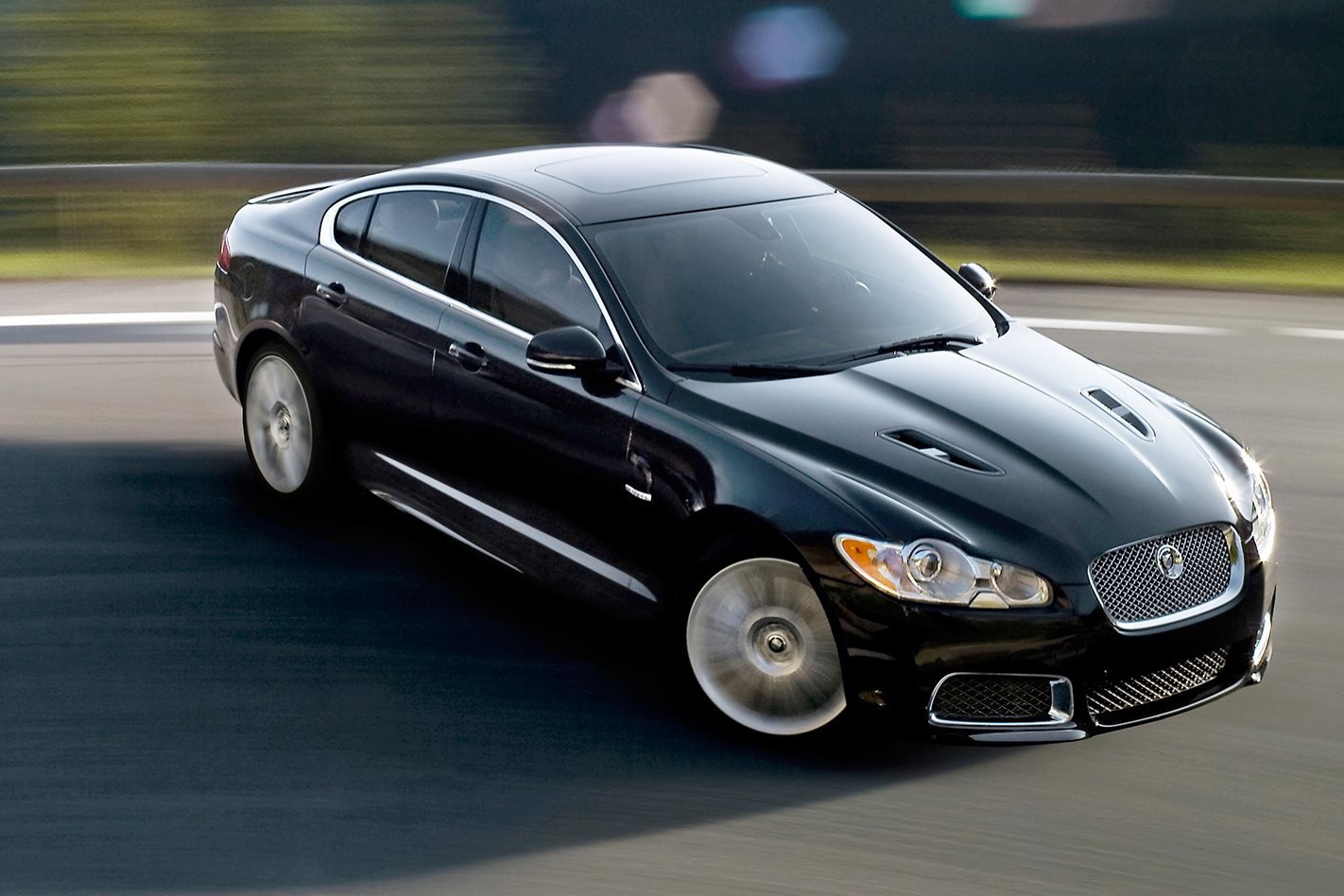 In fact, Jaguar’s 5.0-litre R engine has managed to cherry-pick a whole bunch of the characteristics of its rivals’ engines, but the final blend is arguably the sweetest of all.

While the XFR offers similar bottom-end shove to Audi’s ludicrously potent RS6, there’s a far more natural progression to the way it builds torque. Its kick-in-the-back shove isn’t quite as violent, but lacking light-switch torque delivery in no way makes it feel any less satisfying.

The XFR has substantially more low-rev muscle than its revvy AMG and BMW M nemeses, yet the fact that it only revs to 6500rpm fails to diminish its appeal. It simply suits the car’s suave yet devastatingly effective nature. 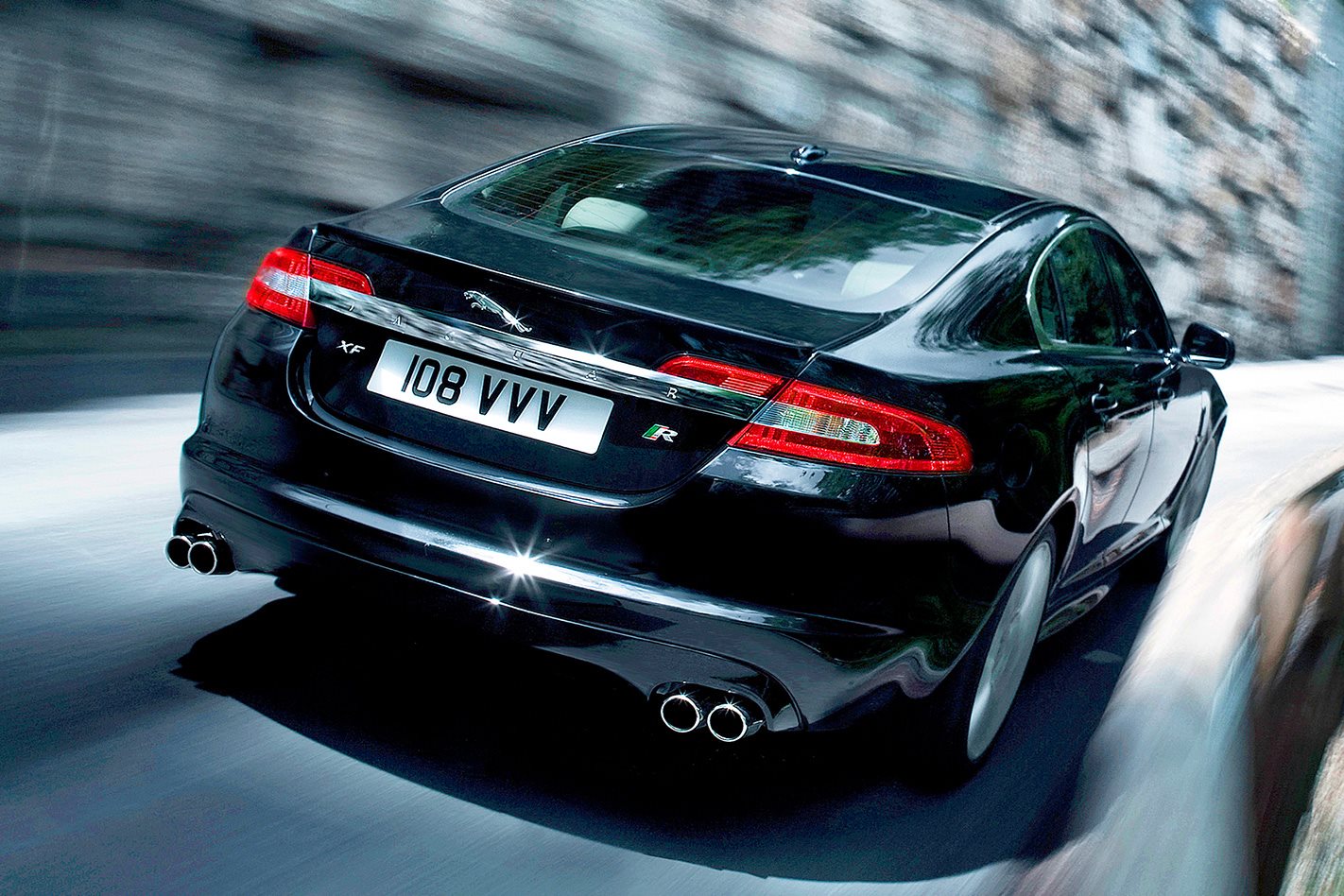 And then there’s the sound: a delicious exhaust crackle and woofle mixed with velvety V8 thunder from up front…and no more supercharger whine.

After much debate, Jaguar’s engineers decided to invest a lot of time eliminating the blower whine that once characterised an R-badged Jag in lieu of a clearer acoustic brand identity.

Some people will miss it, and others won’t, but there’s so much depth to the XFR’s soundtrack that you soon forget it was ever there in the first place. Indeed, the direct-injection 5.0-litre V8 plays a finer tune than ever.

Jaguar’s acceleration claims don’t really do the XFR’s drivetrain justice. An 1816kg automatic sedan that hits 100km/h in 4.9sec (half a second quicker than the old SV8) and can nail the quarter in 13.1 isn’t hanging around by any means. 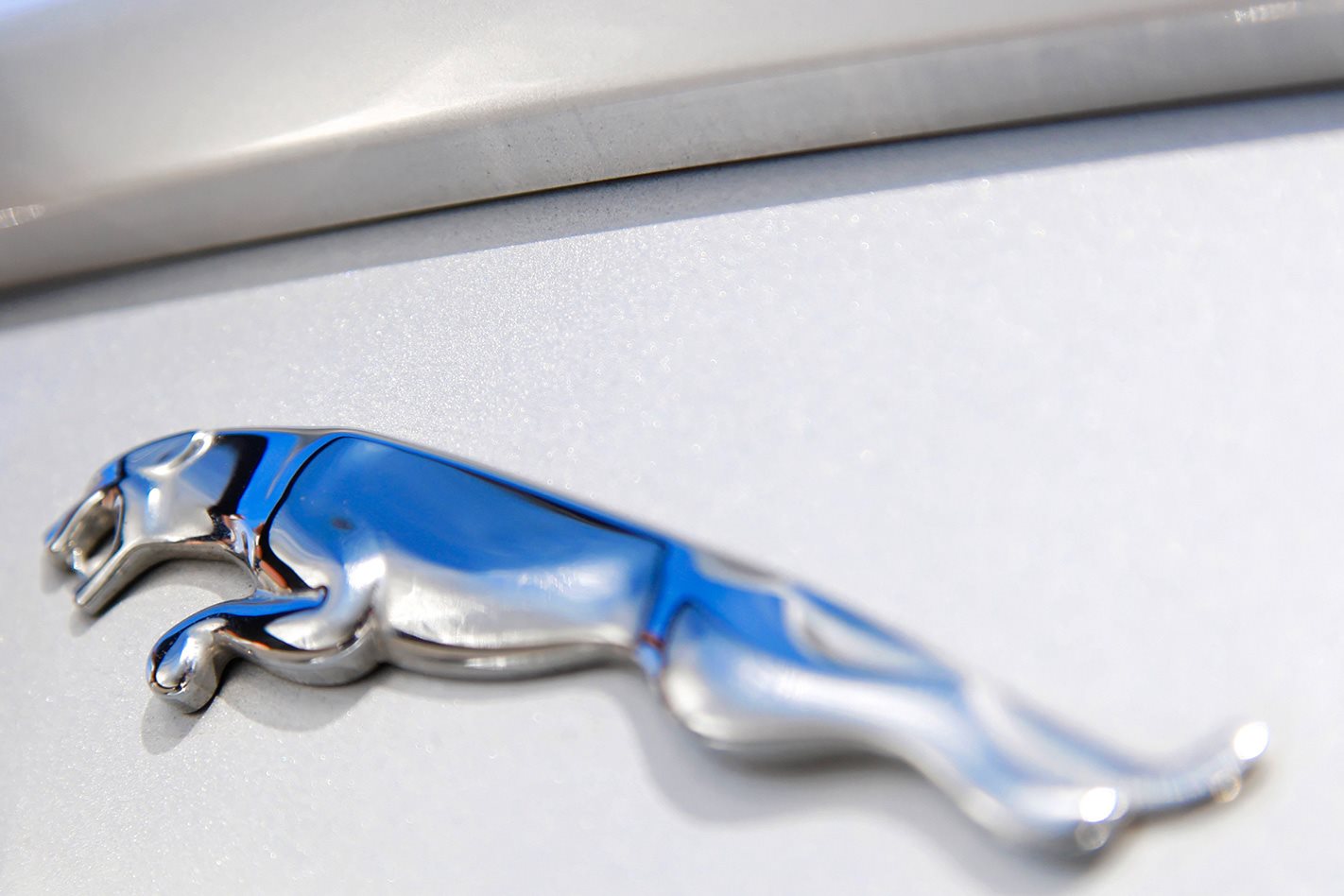 But it’s the brilliant rolling response – 80-112km/h in just 1.9sec is 0.6sec quicker than the SV8 – and the utterly seamless and flawless performance of its upgraded 6HP28 ZF six-speed auto that simply blows you away.

Not even AMG’s Speedshift 7G-Tronic auto in the magnificent SL63 is quite as perfect as the XFR’s transmission. Gearshifts are fast but always cushioned, seemingly without exception.

The ZF has a mode to suit every mood – regular Drive for torque-chanelling effortlessness, Sport for keener response and self-blipping downchanges, and Sport with Dynamic Mode that not only sharpens throttle response and suspension control but also honours all requests from the beautifully tactile manual shift paddles.

Better yet, it won’t change up once the engine nudges its rev limiter. It also employs ratio stacking, meaning it’ll remember a downchange request and then deliver it when vehicle speed has slowed enough to allow selection.

And it indicates what gear you’re in with a large, easy-to-see digit in the centre screen of its instrument pack.

Approach 6000rpm when using the paddles and the previously white gear-number pulses yellow, and when you’re done with manual play and tire of exhaust-crackle games on overrun, you simply hold the upshift paddle for a moment and the XFR calmly slots back into either Drive or Sport. 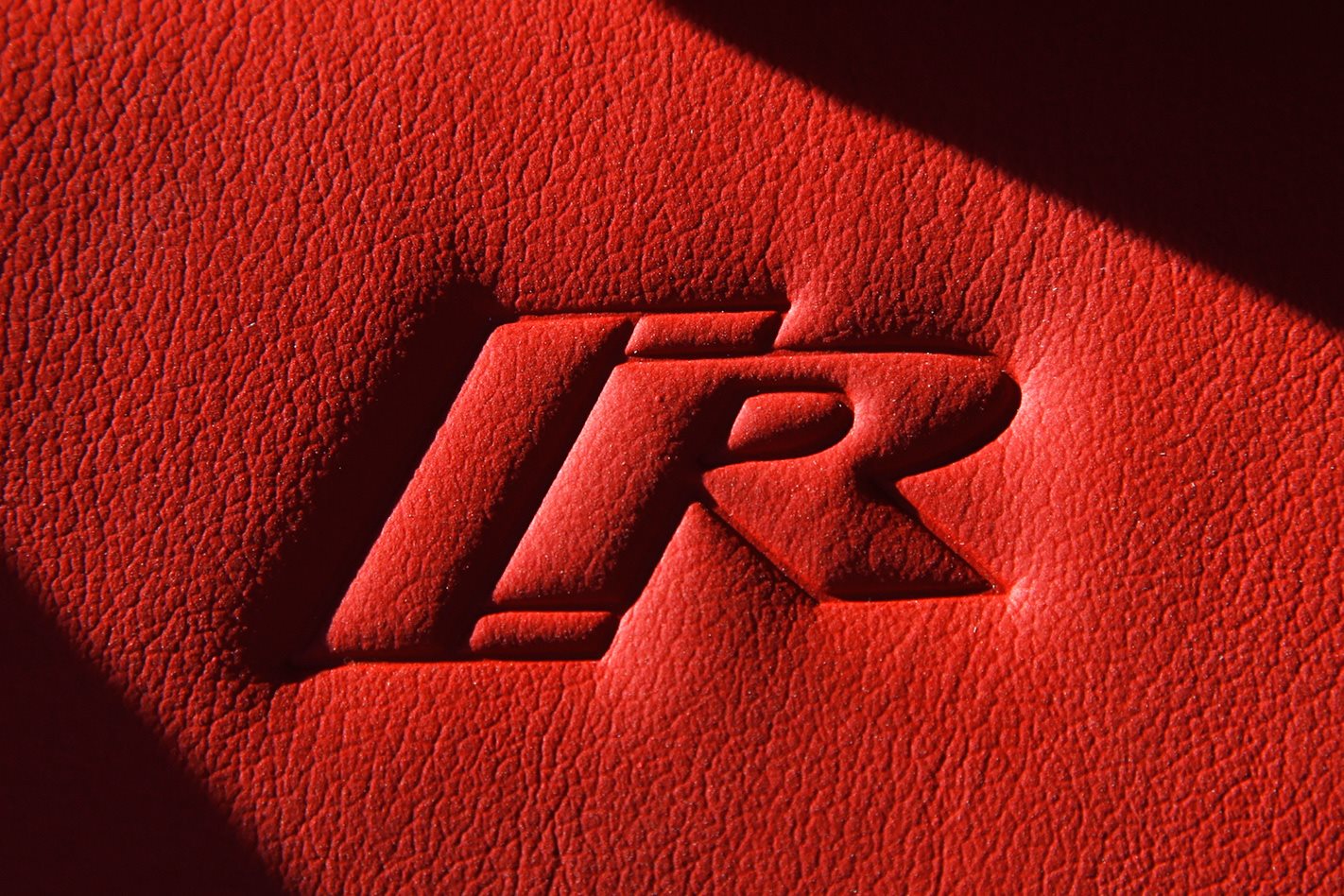 Beyond the XFR’s awesome drivetrain is its next ace – a fully integrated system of a new active differential, adaptive suspension and ‘JaguarDrive Control’ settings (standard, winter, and dynamic).

The rear diff on all MY10 XFs is new and designed to handle the new V8’s increased torque capacity, but the XFR (and the new XKR) gets active differential control, developed entirely by Jaguar, for true active locking capability.

Unlike an ABS/braking-based system, an electric motor controls the clamp load in the clutch pack to alter torque bias between the rear wheels. 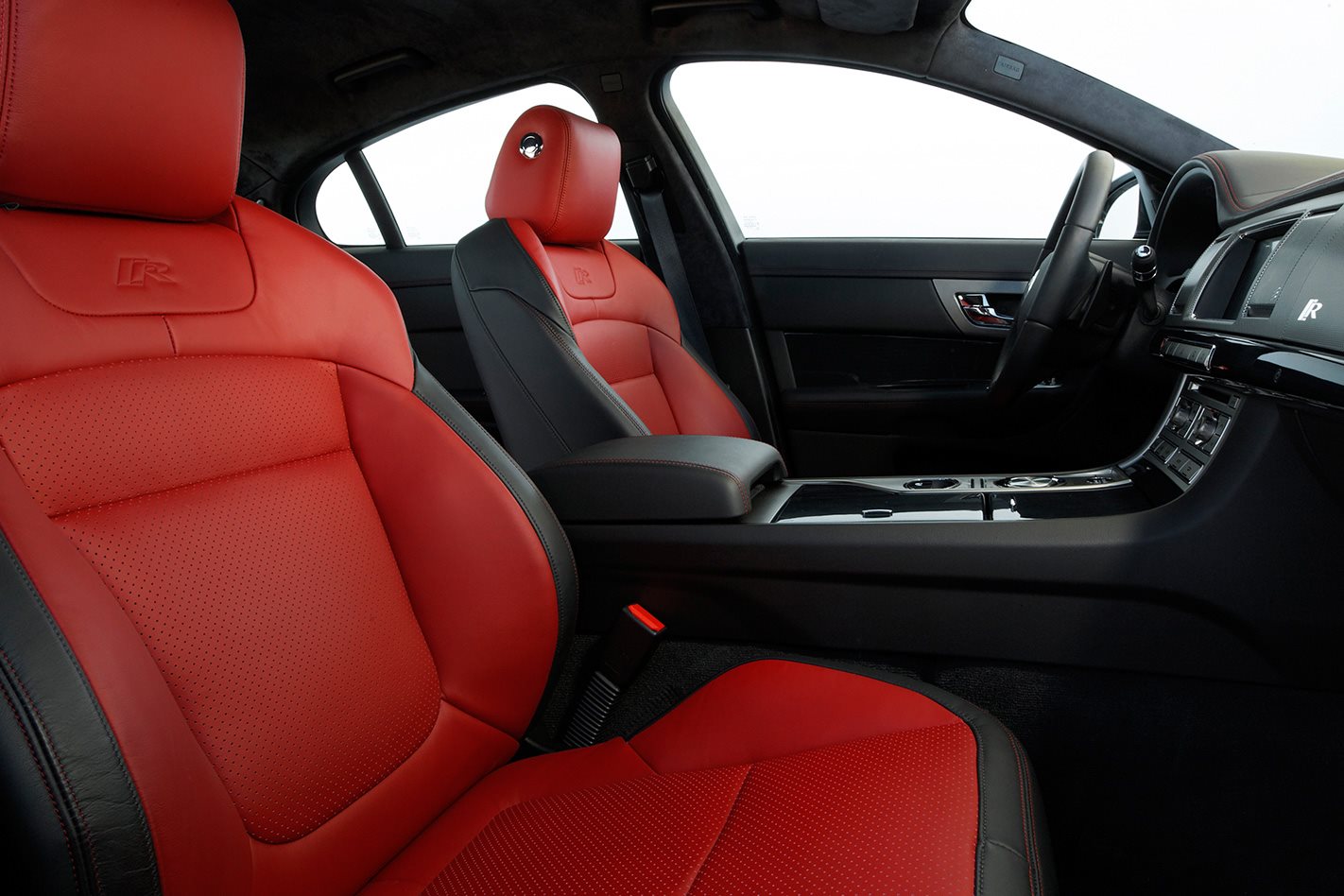 The trick diff also uses the locking torque to generate a stabilising yaw moment, enhancing stability in emergency manoeuvres and significantly reducing the intervention of DSC.

But the effect in the real world is that the XFR offers superb levels of rear-end traction in both wet and dry, as well as potentially the best rear diff for power-sliding and drifting ever – even better, Jaguar reckons, than BMW’s brilliant mechanical M Differential in the M3/M5/M6. A racetrack drift session test surely awaits…

On the road, with TracDSC activated (the mid-setting that allows some oversteer movement), the XFR’s traction and power-down capabilities are both immense.

Even though the electronics are frantically monitoring every movement – from wheel position to damping compression, ride level, roll rate, and pitch from throttle and brake inputs – the XFR’s dynamics feel totally natural. 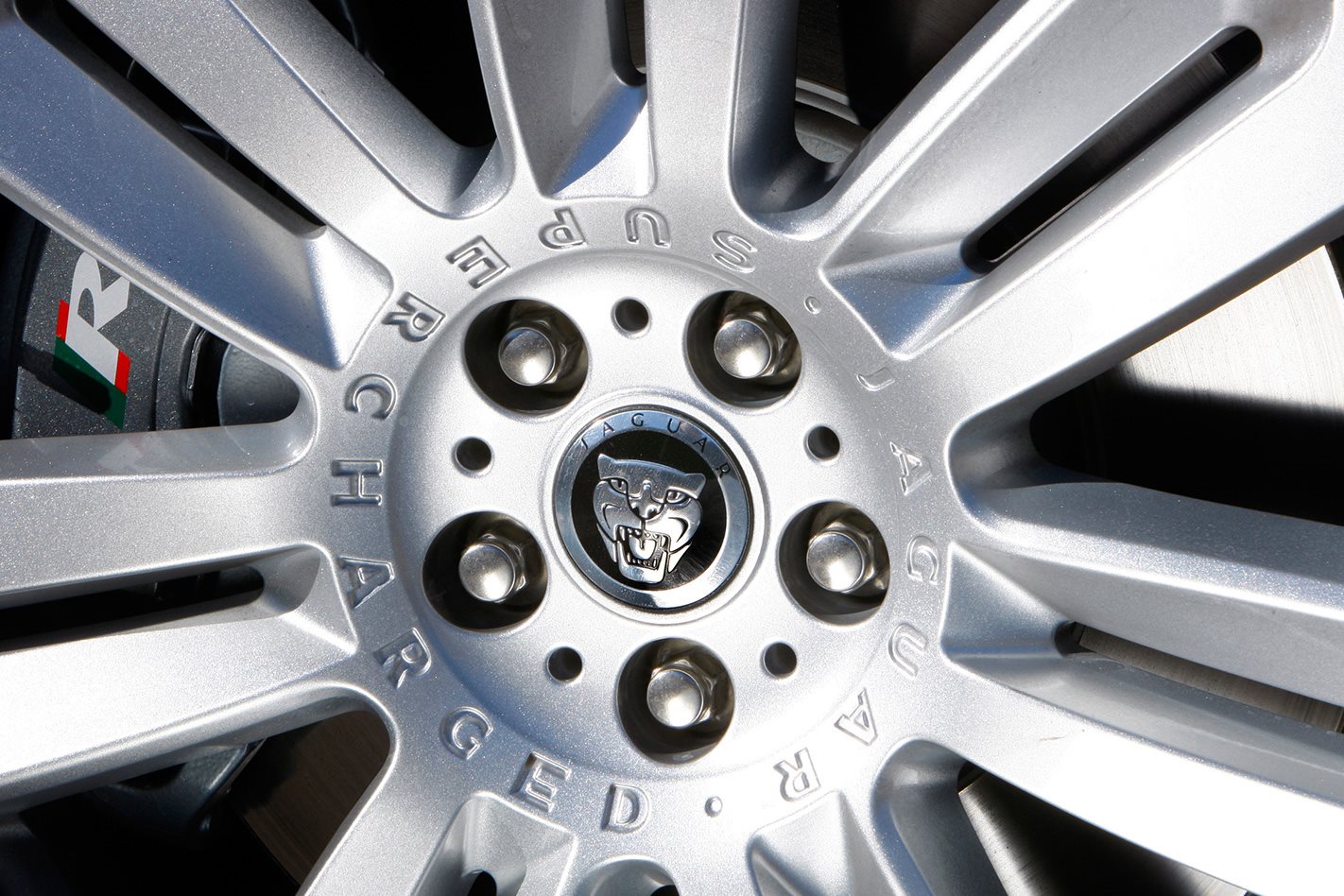 Indeed, from its tactile and beautifully weighted steering to its wonderful poise and the delightful polish evident in all aspects of its handling and composure, the XFR seems to offer a better and more well-rounded dynamic package than any of its German rivals.

It’s more disciplined than the old SV8, but no less serene, making it impossible to pin-point a rough edge.

Only its tyre rumble and rough-road ride quality await final confirmation on Australia’s sub-standard surfaces. In Spain, on fabulous roads outside Seville that are better surfaced than anything Australia has to offer, it performed superbly, carry-over brakes included.

Beyond the thumping engine and even more polished dynamics, the biggest difference from the XFR’s driver’s seat is the seating itself. The SV8’s were comfortable, but didn’t hold you in place during hard cornering. 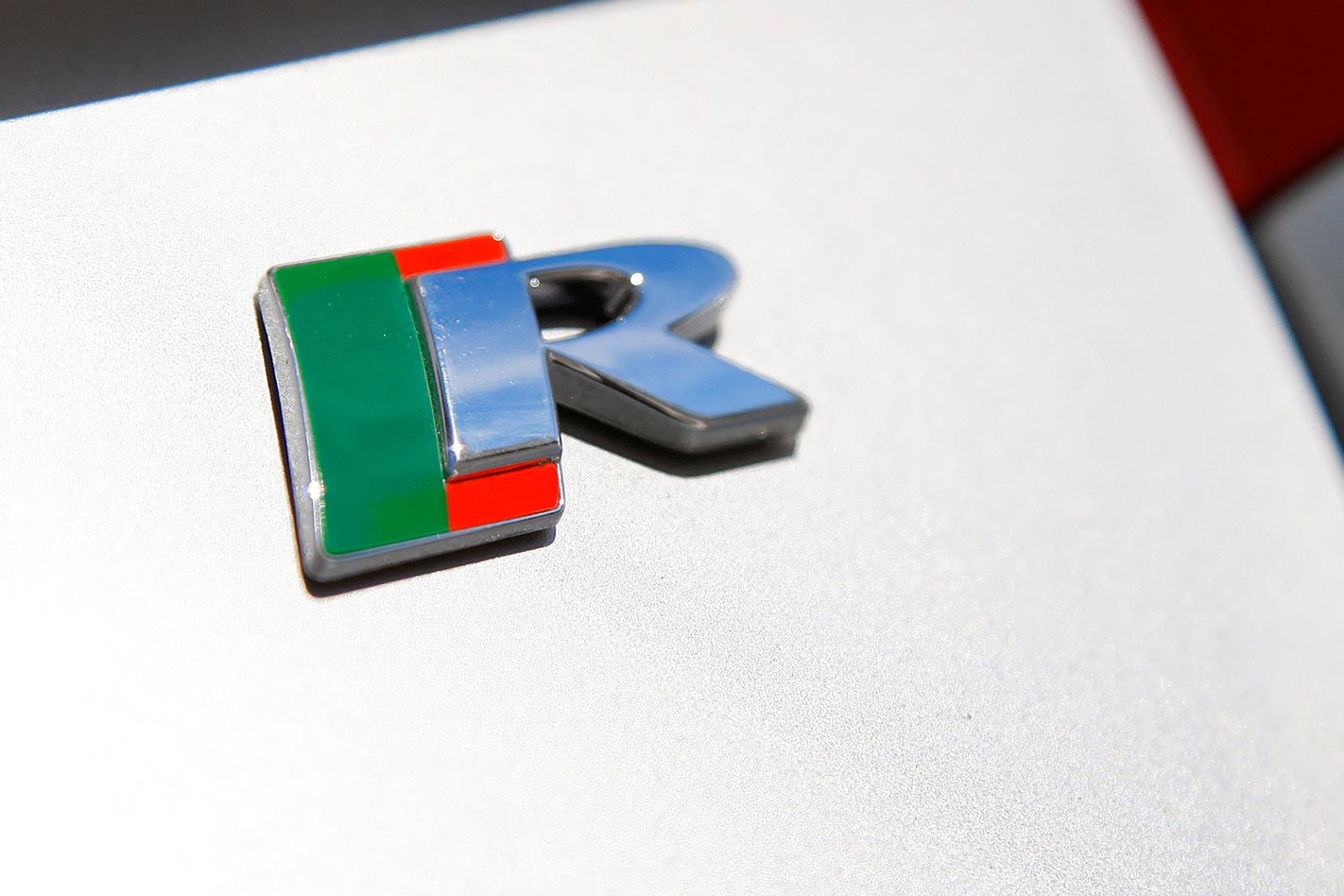 So the XFR gets new electrically adjustable – and vastly superior – winged sports pews with electric side bolsters, heating and cooling, and subtle ‘R’ logos. They’re excellent. Leather colours include all charcoal, or the same with either red or tan facings, or a very classy light ivory, as well as three Alcantara headlining colours.

The impressive dash gets dark oak veneer and obligatory dimpled aluminium dash inserts. It’s quiet in there, too, with only wind rustle around the outside mirrors spoiling the silence above 150km/h.

The verdict on road noise from the XFR’s Dunlop SP Sport Maxxs will have to wait until the XFR lands in Australia, too, but that shouldn’t be far away. May/June is its current arrival date.

We can’t wait to drive the XFR at home. Much as we love having a dig at the Poms, you have to hand it to ’em. They’re bloody clever at doing great stuff at the premium end of the scale, and the Jaguar XFR is a shining example. 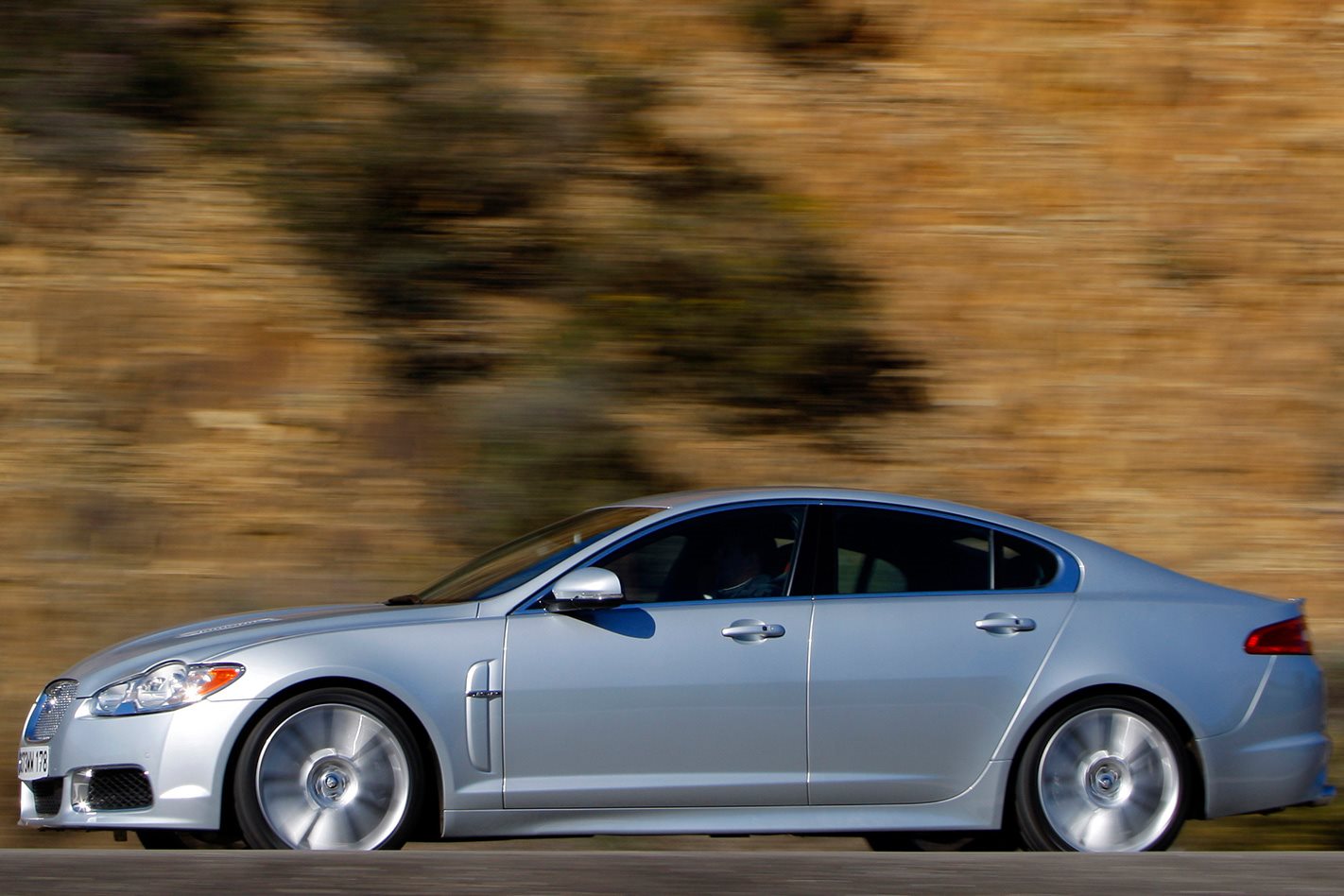 On first inspection after more than 600km and an afternoon at Spain’s Monteblanco circuit, the XFR rates at least an eight-and-a-half out of ten.

It’s as polished as you could ever hope a supersonic sports-luxury sedan could ever be, yet never to the point of being too slick. Despite the sophistication of its brilliant drivetrain and superb suspension, it is crammed full of character and personality. Not everyone thinks it looks great, and those 20-inch wheels are just a little too bright and pretty for this definitive British bulldog. But you just can’t help falling in love with it.

Jaguar has had its ups and downs over its 78-year history, but when it produces a blinder, it does so in spectacular fashion. And the XFR, along with the equally stunning new XKR, is just that.

It is without doubt one of the best Jaguars ever built, and that’s gotta be a more lasting legacy than the bloody Ashes. 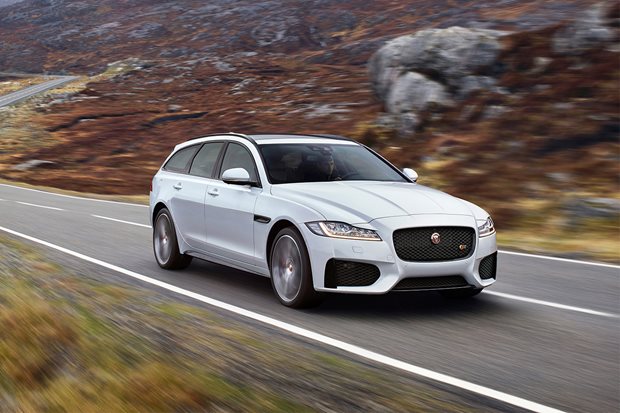 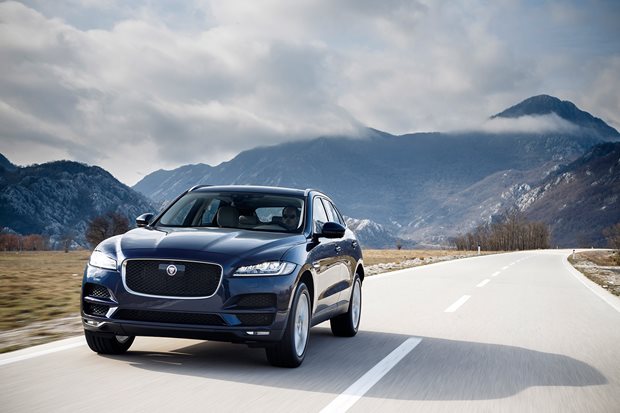 The Jaguar F-Pace SUV, XE compact sedan and XF large car are introducing new engines to the line-up, along with new convenience technologies. 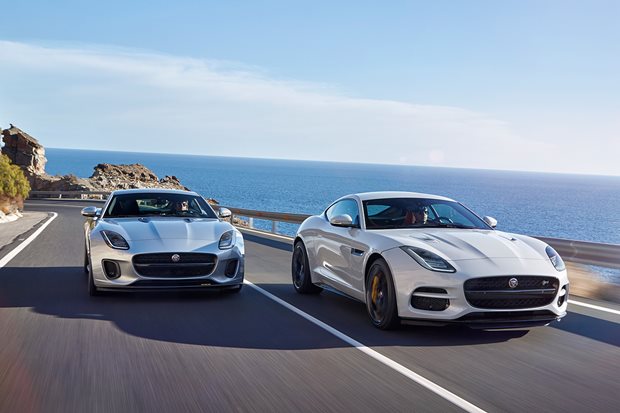 Jag’s two-seat coupe and roadster join the look-at-me generation with the ability to take GoPro-sourced selfies.