WHAT IS IT?
A vast improvement, that’s what it is. New from the ground up, the second-generation X1 moves to BMW’s versatile UKL platform and boasts new engine technology, improved packaging and, yes, front-drive models.

WHY WE'RE TESTING IT
While the original X1 was never going to win any beauty contests, there’s no denying it was popular. At times the X1 was BMW’s fourth-bestseller worldwide, meaning this new one, which arrives Down Under in October, is important.

THE WHEELS VERDICT
It lacks the dynamic panache of its predecessor, but new engines, a roomier interior and a sharper look mean the second-gen BMW X1 is a stronger all-round performer.

Plus: Improved looks; gutsy, more efficient engines; interior space and quality; designed by an Aussie
Minus: Sound; most of the new tech is likely to be optional; no three-cylinder donks for Oz 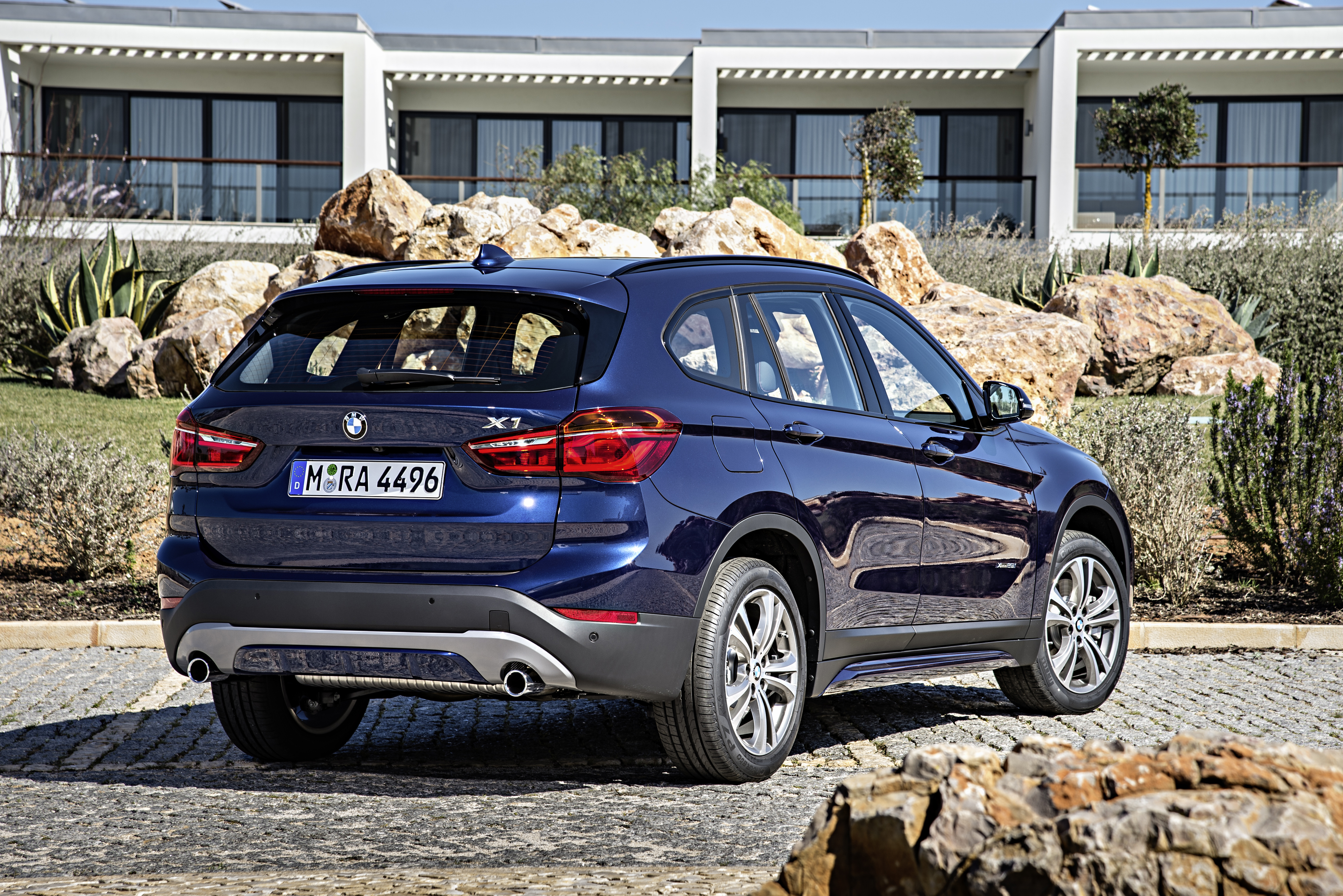 THE WHEELS REVIEW
YOU can’t see it in the pictures, but this is a car that wears an Akubra and stinks of Vegemite. It’s the second-generation BMW X1, and it was penned by a bloke who, as well as being one of BMW’s hottest up-and-coming exterior designers, just happens to be an Aussie.

Calvin Luk hails from Sydney, and the X1 is the 29-year-old’s first clean-sheet design to make production since he joined BMW seven years ago.

He’s done a good job, too, ditching the original X1’s snouty, oversize bonnet and ungainly stance for a look that’s well proportioned and, especially from the front, handsome.

New from the ground up, the second-gen X1 is an altogether different beast to the original, courtesy of a switch to BMW’s flexible UKL architecture. Where the old car was based on the 3 Series Touring and offered in rear- or all-wheel drive, the X1 now has the choice of all-paw grip or (gasp) front-drive sDrive variants.

The shift in platform, which is shared by the BMW 2 Series Active Tourer and latest Mini range, has also allowed BMW’s boffins to address an X1 flaw – its packaging.

Now 53mm taller, 21mm wider and standing on a wheelbase stretched by 90mm, interior space front and rear has improved, as has boot space, which has swollen by 85 litres to 505L, meaning the X1 now trumps the Audi Q3 and Benz’s GLA for load lugging. 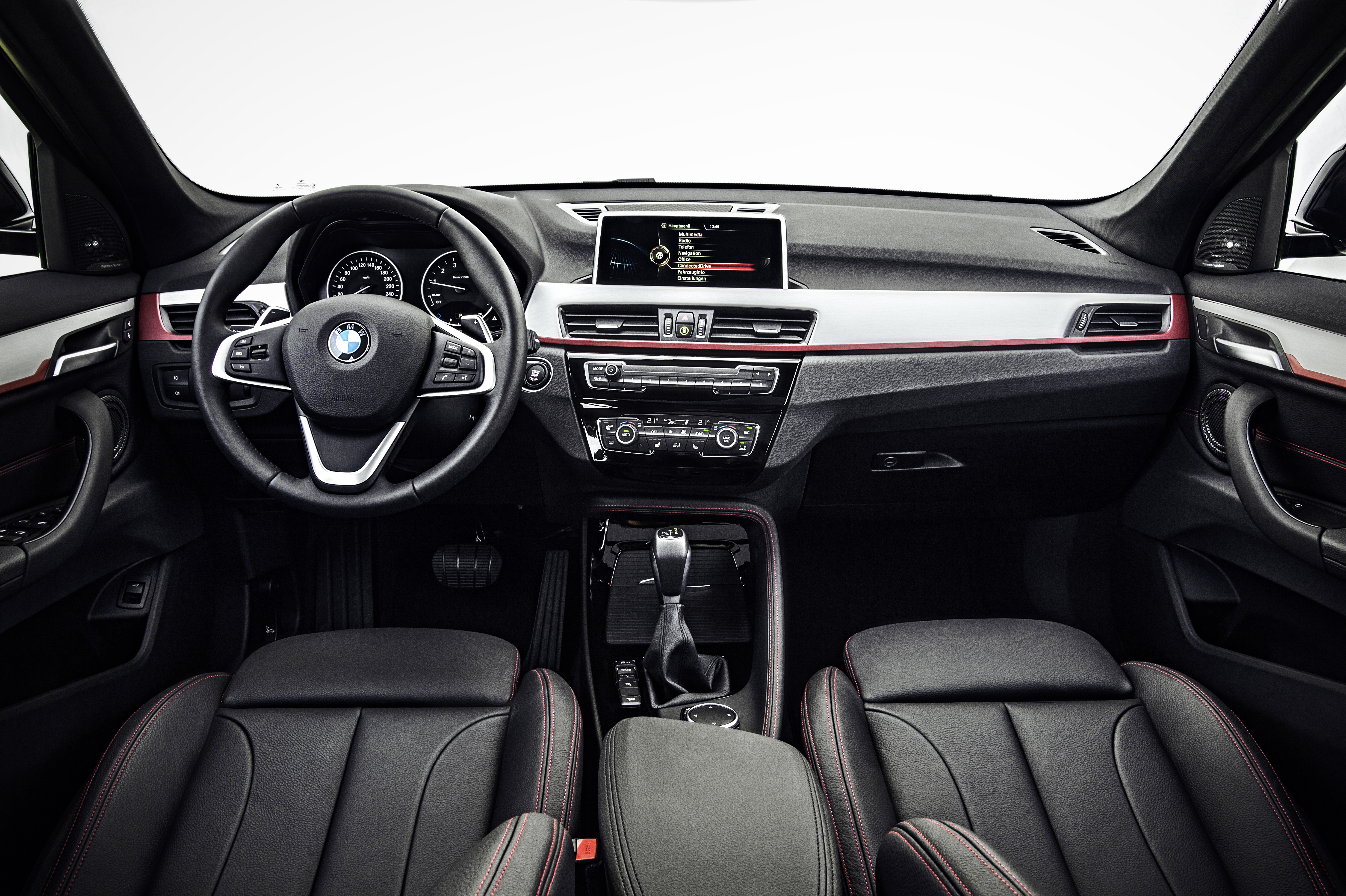 A comfortable rear bench that slides up to 130mm brings further flexibility, as does the inclusion of an optional automatic tailgate, head-up display and BMW’s Driver Assist Plus, which adds active cruise control, lane departure alert, collision warning and auto emergency braking.

Power comes from a suite of four-cylinder petrol and diesel engines, all taken from BMW’s modular B48 engine family, with two available from launch in October: the 170kW/350Nm xDrive 25i and 140kW/400Nm xDrive 20d.

A higher-output (170kW/450Nm) 25d could also come here, but don’t hold your breath for the more efficient, and potentially more affordable, three-cylinder petrol and diesel units that will launch in Europe from November – the sDrive 18i and 16d – because BMW Oz says that, for now at least, we’re not getting them. 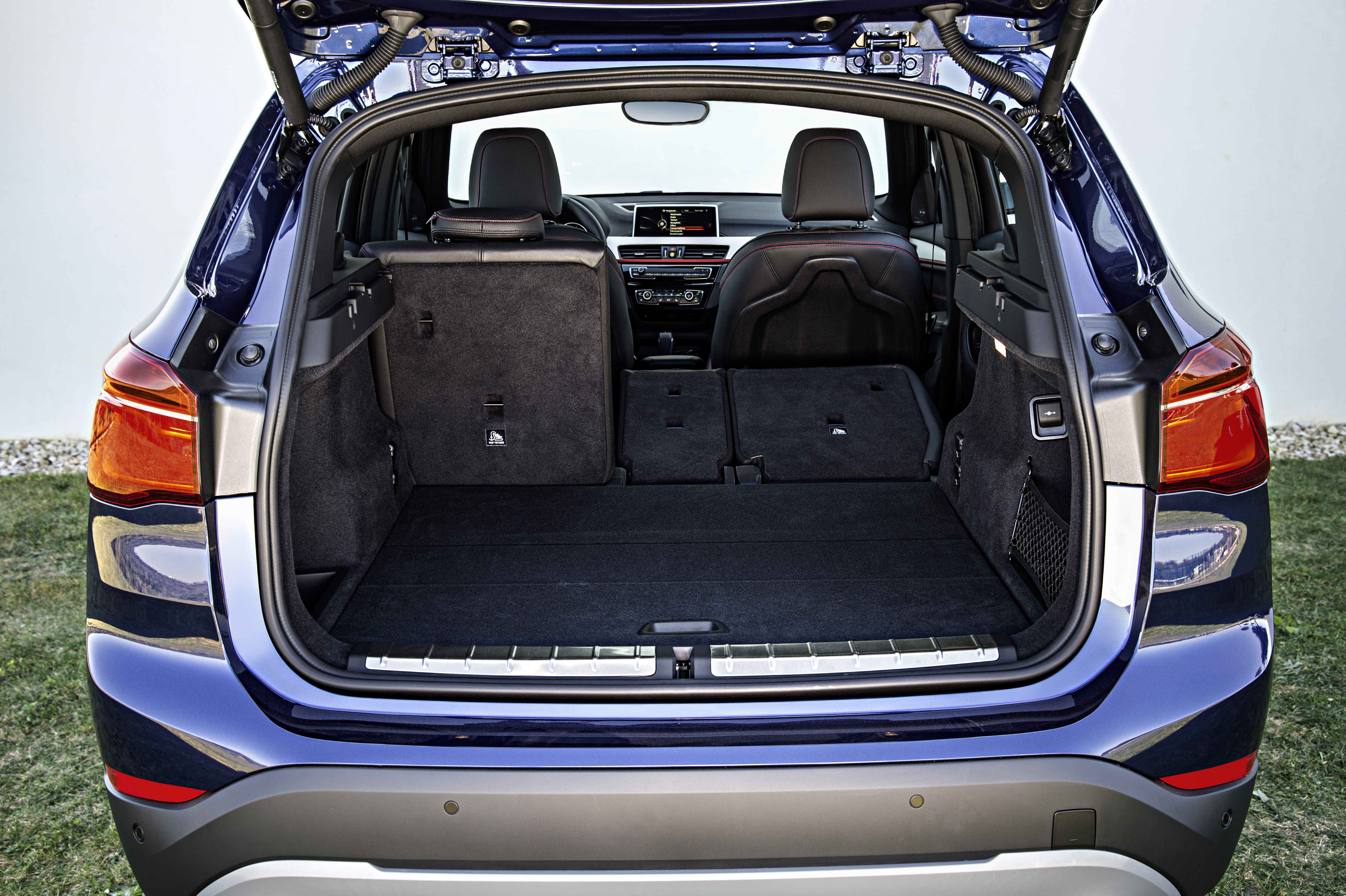 Only the top-spec xDrive 25i was available to test at the international launch in Austria and dynamically there’s no escaping the X1 is now more SUV-like than ever. You sit higher than before on front seats raised by 36mm, and even with the optional Adaptive chassis, which as well offering three driving modes (EcoPro, Normal and Sport), adds adaptive dampers to the X1 for the first time, there is some body roll on mountain roads. Those chasing sharper dynamics can opt for a stiffer M suspension tune that lowers the ride height by 10mm.

Yet the chassis is nicely balanced, the steering fluid and sharp, and the new 2.0-litre petrol not only uses 0.1L/100km less fuel than the outgoing 28i but bristles with a muscular mid-range and engaging exhaust note, at least high in the rev range. A letdown is how the donk sounds below 2000rpm, where it feels mechanical and unrefined under load. 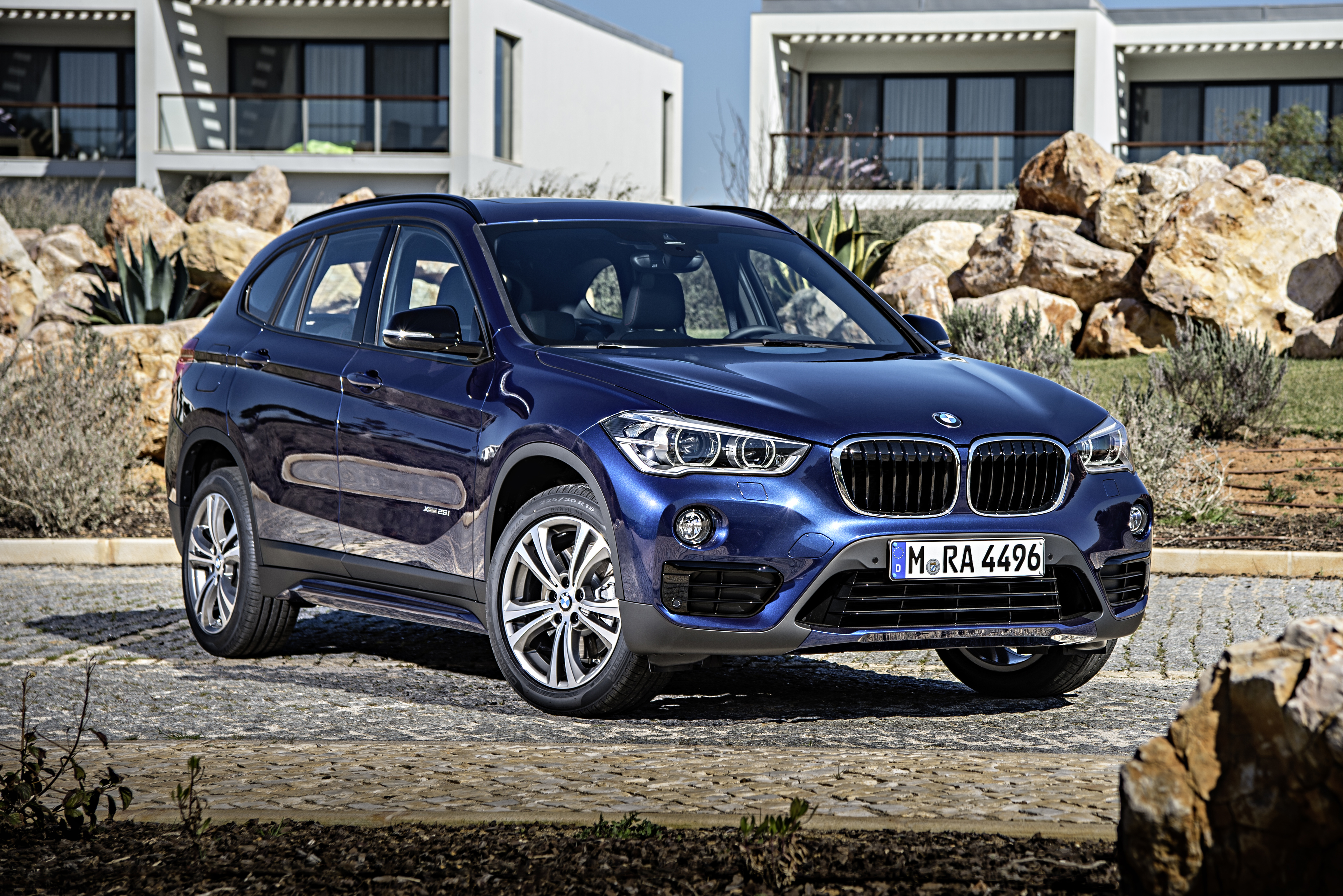 BMW has worked to widen the gap between Comfort and Sport, yet even in the harder of the two settings and on optional 18-inch wheels (all X1 variants are shod with 17-inch alloys as standard), the X1’s ride is compliant and well controlled. A positive helped, no doubt, by glassy European roads.

We’ll see how the X1 performs on our shonky, pockmarked tarmac when it lands here in October, but until then there’s little doubt the X1 is now a far more convincing small SUV. It might lack the car-like dynamics of its predecessor, but in a segment where practicality, equipment, efficiency and usability carry greater weight than on-the-limit handling, the X1 is a marked improvement. 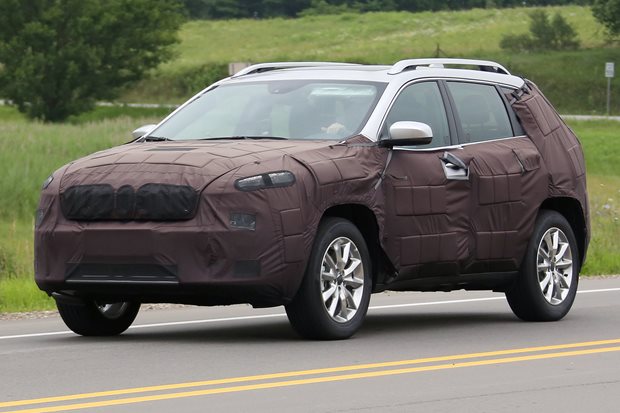 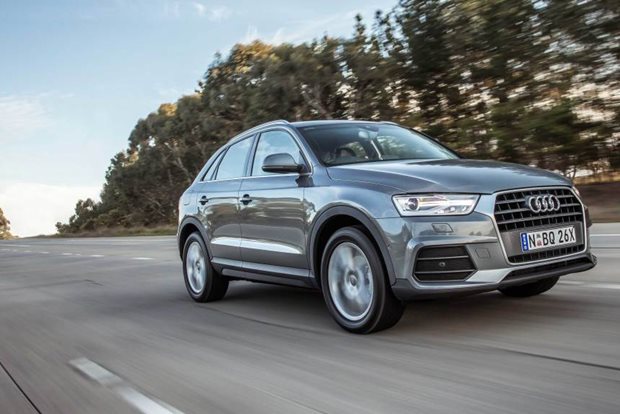 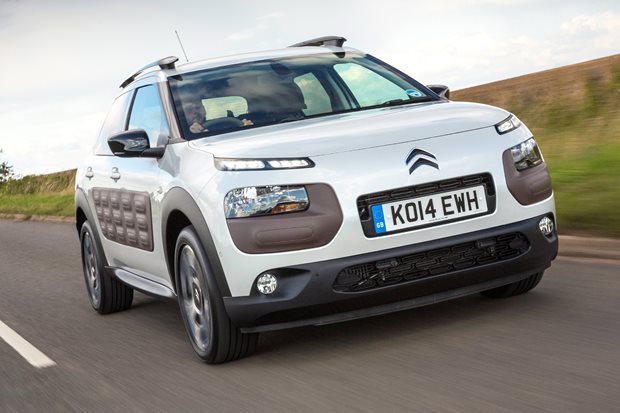