Better fuel efficiency and manners for Mercedes-Benz's best-selling SUV wagon; and it gets a swoopy Coupe brother to rival the BMW X6.

Better fuel efficiency and manners for Mercedes-Benz's best-selling SUV wagon; and it gets a swoopy Coupe brother to rival the BMW X6.

WHAT IS IT?
This is the fourth generation of Benz's biggest selling SUV wagon. Along with a name change to align with the rest of Benz's SUV models, the GLE gets a few styling and operational modifications to improve its performance, efficiency and practicality. Of bigger news is the arrival of a four-door Coupe version for SUV buyers who place an emphasis on sporty looks and abilities over wagon practicality.

WHY WE'RE TESTING IT
Finally, Benz builds a rival for the BMW X6. Enthusiasts may deride these more expensive, less practical versions of otherwise practical SUVs, but a growing number of consumers clearly see value in standing out from the burgeoning SUV wagon crowd with something that visually promises a more dynamic drive.

MAIN RIVALS
For the more traditional GLE wagon, rivals include the Audi Q7, BMW X5 and Range Rover HSE. The slope-roofed GLE Coupe has only one rival right now, the BMW X6, but more are sure to follow.

THE WHEELS REVIEW
THE 2015 Mercedes GLE Coupe is only the first step on a journey of body-style discovery for the German car maker. To some, it may seem like Benz is playing catch-up with the BMW X6 four-door coupe that arrived in 2008. Not so, says the three-pointed star; the SUV Coupe project was well advanced in the mid-2000s, says head of SUVs Wolf-Dieter Kurz.

"We looked into [an SUV coupe] at that time and said 'let's invest the money differently to give us the wider portfolio base than just investing in the niche'. On one end of course it's a financial issue; on the other even more it's a question of capacity. Where do you put your R&D guys, in which type of vehicle type to be developed?

"A new vehicle development costs the same whether you do a vehicle which has 100,000 units in its life cycle or a million. So for us it was more important to expand the A-class portfolio."

The niche SUV’s time has now come. At its core, the GLE Coupe is based on the new GLE wagon, which in itself is essentially a styling and efficiency refresh of the ML-Class. The underlying architecture is the same, as is the 2915mm wheelbase. The biggest difference between the two, obviously, is the body.

Where the GLE conforms to the traditional SUV wagon shape, the GLE Coupe casts a more rakish profile thanks to a dramatically sloping rear roofline draping a 91mm longer and 68mm wider body. That roof, by the way, sits 65mm closer to the tarmac despite the GLE Coupe's much taller tyres adding 20mm to floor height. Overall, the GLE Coupe weighs around 55kg more than the wagon.

The GLE's performance edge is assisted by a small but strong choice of engines. Where the GLE wagon gets four across its range − a 150kW 2.1-litre turbo-diesel (GLE 250d), 190kW 3.0-litre V6 turbo-diesel (GLE 350d), 245kW 3.0-litre twin-turbo petrol (GLE 400) and the GLE 500 which is essentially a GLE 400 plug-in hybrid with batteries and electric motors for extra performance or fuel-free running (for 30km) − the GLE Coupe, which is expected to sell in considerably smaller numbers than its more practical sibling, makes do with just two: the GLE 350d Coupe and GLE 450 AMG Coupé. 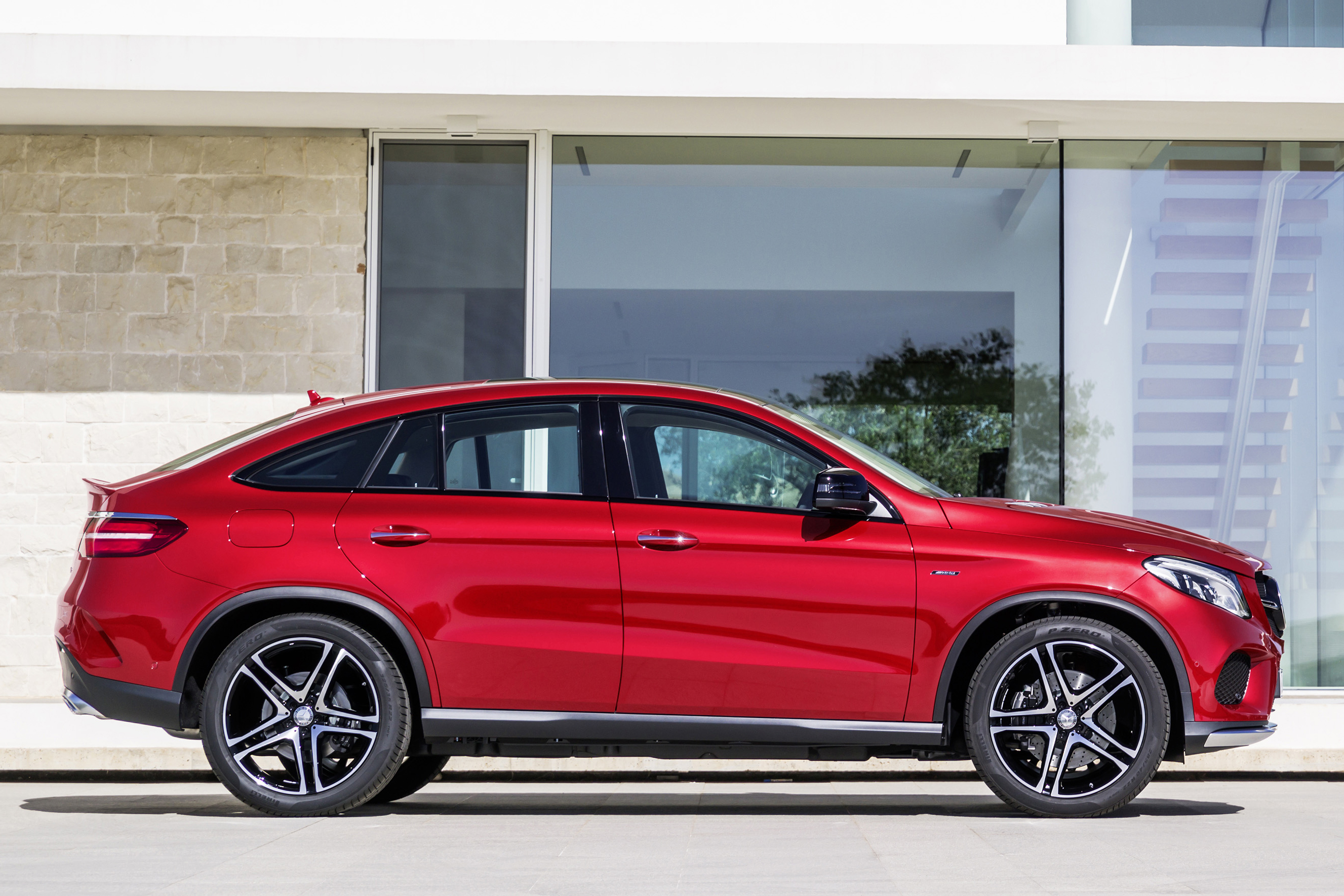 Benz has tried to differentiate the GLE Coupe dynamically, with a wider track, firmer suspension and a faster steering ratio. It's a busier ride, but not out of character for a machine claiming sporting pretences. And monster 21-inch tyres on even the cheapest model give the GLE Coupe good grip, though when the law of physics wins out, the GLE loses grip at the front first and last. Until then, it does feel marginally more alive than the GLE wagon, though it's still a long way short of being truly satisfying for an enthusiast.

Still, you have to respect what modern engineers can make a 2.2-tonne machine do. And you're gonna have to get used to it, too, because there's a lot more growth to come from the SUV family tree. 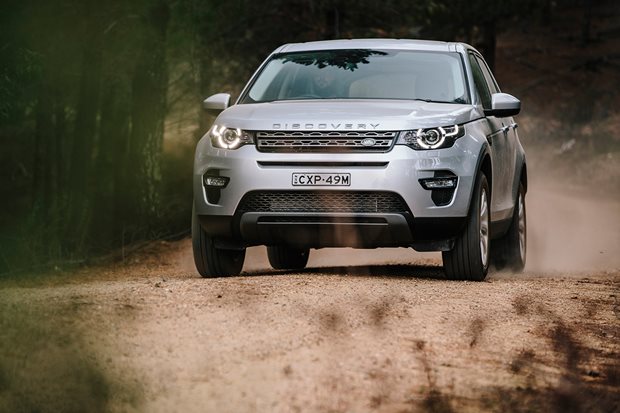 Land Rover’s replacement for the popular Freelander proves it is better in almost every department, but can’t wait for new diesel engines 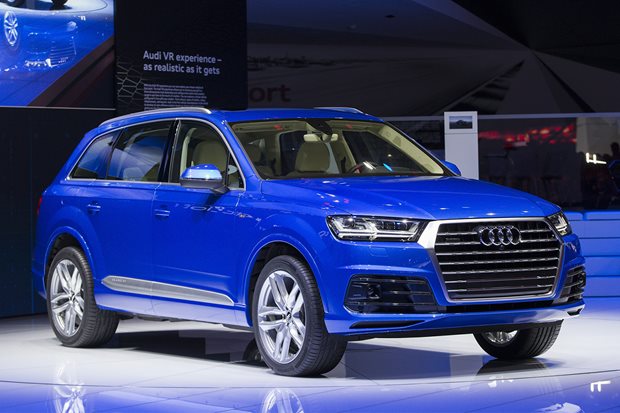 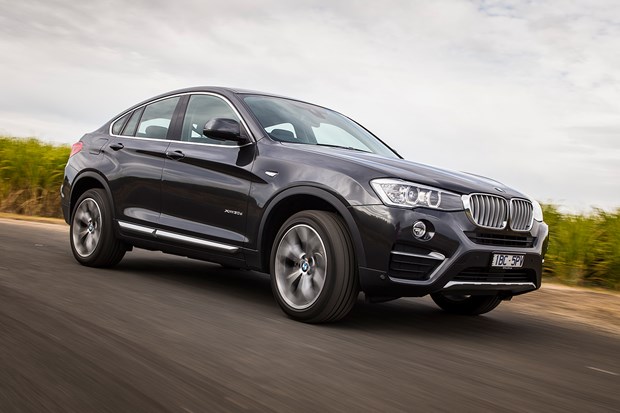