Corby reaches the end of the road, and his wits, with Subaru's diesel

Corby reaches the end of the road, and his wits, with Subaru's diesel.

AS THE sideways-bidet/angry-fat-man-whistling warning light leapt back into life on the Forester last week, I did start to wonder whether diesel ownership was worth it.

I had already been wondering about this after writing a story about real-world tests of diesel emissions conducted in the UK that suggested some car companies might just be gaming the system, and allowing their cars to spew forth dangerous poisons and lung-cutting crap. And then, almost freakishly, the Volkswagen thing happened, and staff in the Wheels office were calling to ask if I could give them next week’s Lotto numbers.

I’m not for a minute suggesting that Subaru has done anything dirty with its diesel engines – to be honest, theirs don’t seem technologically advanced enough to be fitted with ‘defeat devices’ – but the more I read about particulates and nitrogen-dioxide, the less I think I could justify actually buying any diesel car.

Putting aside my selfless care for the health and welfare of others for a moment, diesels just don’t seem to suit my lifestyle. 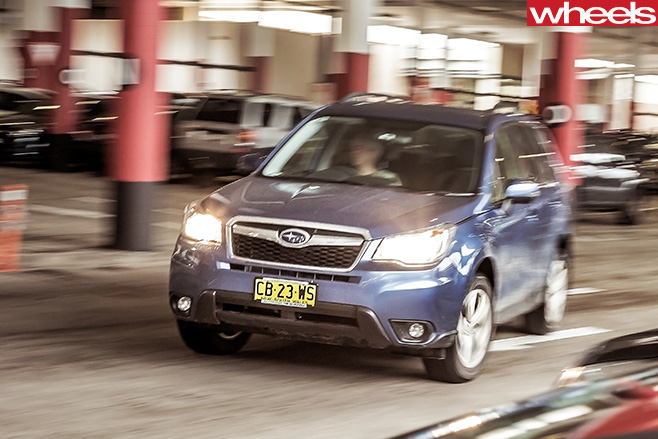 Regular readers will recall that the “precautionary oil dilution warning light” had blighted me before (see Garage, Oct) and was apparently being caused by my taking the car on a lot of short journeys. I’m guessing I’m not the only school-running, soccer-mom parent who spends most of their lives doing short trips.

What’s worrying about the light is that the owner’s manual says it’s okay if it just lights up but that I should panic and seek a dealer if it flashes, yet Subaru told me last time I did so to stop being such a worry wart. As an actual owner, however, I think I’d be deeply disturbed by this, and be feeling compelled to go for more long drives in the country to sort out my diesel engine.

The real problem for me, of course, is the noise – the clattery, rattly, wheezy diesel whine under acceleration and at start-up – which really didn’t bother me that much for the first few months, but now gets under my skin each time I step out of a petrol car and back into the trusty (and much beloved by my family) Forester.

Of course, as a neighbour pointed out the other day (while weeping on my shoulder about his resale value after buying two new Skoda diesels just before the VW scandal broke), you do get great fuel economy. My previous petrol Forester was doing its very best to get 12L/100km, while the diesel is 25 to 30 percent better, with the advantage really coming into its own if you do a lot of long trips. 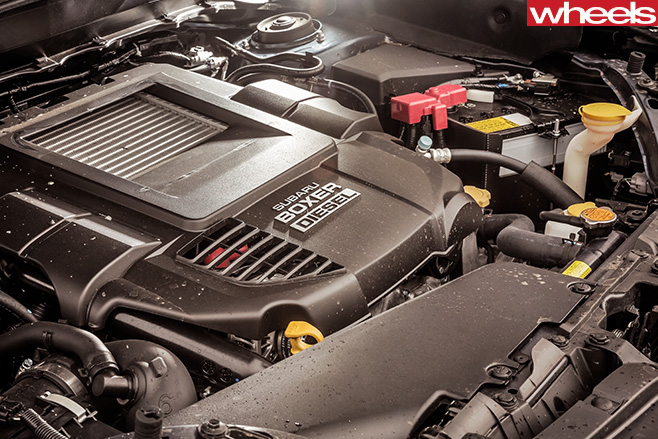 Perhaps I could live with a more modern and refined VW Group diesel, like the brilliantly smooth one found in the new Audi Q7, but knowing what I now know about emissions and the evil that car-company men do, I probably wouldn’t, even if I did have next week’s Lotto numbers.

I know that in my first report after switching from the petrol Forester to the diesel, I said that this was clearly the one you’d buy, but that’s the whole reason we run long-term cars; to see what they’re like to live with. While my diesel is a bargain at $35,490 and my flashier Premium Forester was $50,490, I’d have to say the joy of petrol would almost make the price differential worth it.

Engine (and gearbox) aside, though, the Forester has absolutely charmed me, with its much improved interior, excellent bicycle-swallowing utility, involving handling and steering, and general just-rightness.

In the final analysis, if I had to buy one Forester or the other, I wouldn’t – I’d buy a WRX, or just wait until next year for the awfully named Levorg.

CVT rivals a politician for shiftiness 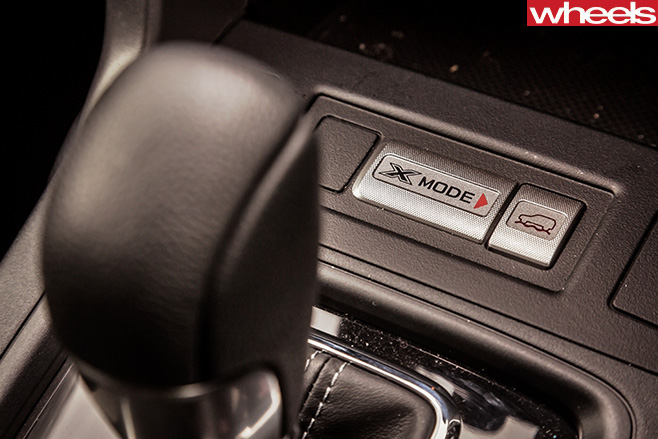 IT IS truly remarkable how some things that don’t annoy you at first can drive you to mouth-frothing frenzy after a while, which may well be how the Australian public feels about the currently beloved Malcolm Turnbull in a few months. Turnbull, though, isn’t as droning, shifty and unsatisfying as a CVT gearbox, or at least not quite.

I’ve tried to warm to this supposedly very clever technology, and I admit it’s nifty and saves fuel — and thus, in the case of a diesel, perhaps even some nasty emissions — but there’s simply no joy in it. Revving an engine through the gears is one of the most basic and pure joys of motoring, and replacing that sensation with a system that simply whirrs slowly to 3000rpm and sits there, humming to itself like a simpleton (or a politician) is simply not satisfying. Give me a manual-gearbox Subaru any day.