Deceptively roomy Forester shifts the family ... and its values.

First published in the November 2015 issue of Wheels magazine, Australia’s most experienced and most trusted car magazine since 1953.

I FEEL I really should apologise to my trusty Forester, which has become a more beloved part of our family than our clingy cat or the freakishly infuriating Furby we mistakenly bought our daughter, because I shouldn’t have doubted it.

A recent trip to the Blue Mountains for a wedding meant packing not only a weekend’s worth of crap and one of the world’s least-utilised suits, but also a grandmother to look after our two banned-from-nuptials offspring.

I had presumed that going five-up would be too much of an ask for the plucky Subaru’s cabin, with its tricky, roof-mounted centre-rear seatbelt set-up and ever so slightly squeezy ambience.

In my mind, the hilariously optimistically named Honda Accord Sport Hybrid parked outside my house, with people occasionally clustered around it to point and laugh at its ocean-blue plastic highlights and mock its absurd $57,000 pricetag, was a better option.

Obviously I’d be more likely to buy a “We Shall Overcomb” Donald Trump mural for the front of my house than I would this weird and sonically challenging vehicle, but it did seem nice, spacious and, particularly compared to my hard-working Subaru, clean inside.

It took about half a nanosecond to change my mind, of course, once I lifted the boot to evaluate the load space and found it largely taken up by batteries (the rear seats don’t fold down, either; not that it would have been an option here). As I say, I should never have doubted the Forester, which swallowed all 18 of the outfits my wife decided to take so that she could make up her mind what to wear at the last possible moment, the 12 layers of clothing my mother insisted on bringing for each child, and my suit bag, which was literally the only thing I was allowed to pack.

The gear was stacked almost to my rear-view eyeline, but I could still see enough to feel like a responsible road user.

The climb to Katoomba from Sydney is a constant one, with plenty of bends and twists and nicely surfaced tarmac, now that the roadwork that has been going on in the area for what feels like 10 years has finally finished, and the Subaru fairly flew up the hills.

I really do never tire of the Forester’s steering and chassis, which are better than they need to be in a car like this. But the more time goes on the more I am tiring of the diesel grumble, particularly after a recent steer of the new Audi Q7, which shows how quiet a modern oil-burner can be (though you need to spend a lot more to find out).

Don’t ask me how I know this, but the clatter of a diesel has a particular dissonance that can really disturb the quietude of someone with a hangover as well.

Perhaps most impressively, though, no one other than me had any complaints at all, including the three who sat abreast in the rear. Eight-year-olds, it turns out, don’t need that much leg or hip room, particularly when they’re falling asleep on their grandmother’s shoulder anyway. 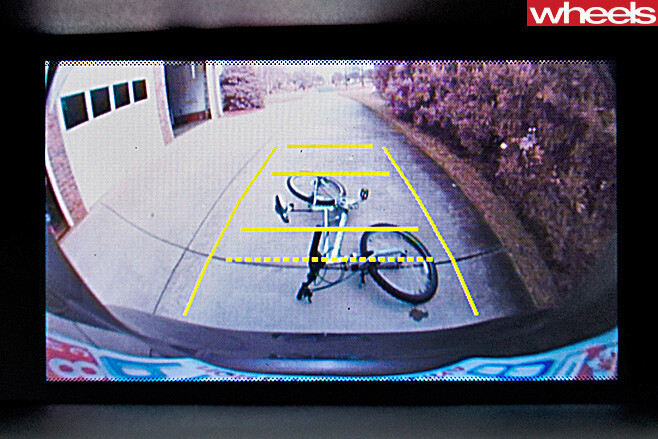 Is there any feature more over-rated than a reversing camera without beeps? Perhaps it’s because, much like Donald Trump,

I simply refuse to believe what they’re telling me, but I managed to lightly tap another car the other day when parking, which simply wouldn’t have happened if I had just the beepers in the rear bumper instead of the camera. Yes, apparently they save little lives, but on their own cameras are more annoying than useful; give me the machine that goes “beeeeep” any day.