The all-new Volvo XC90 is sure to win hearts and minds in the large luxury SUV segment with its breathtaking interior, handsome exterior, capable drivetrains, well-judged dynamics and strong safety credentials

The all-new Volvo XC90 is sure to win hearts and minds in the large luxury SUV segment with its breathtaking interior, handsome exterior, capable drivetrains, well-judged dynamics and strong safety credentials.

WHAT IS IT?
Replacement for the original XC90, introduced in 2002, and the first all-new Volvo created since the brand was bought from Ford by Chinese company Geely in 2010.

WHY WE’RE TESTING IT
Full-scale production of the Volvo XC90 doesn’t begin until July, but Volvo shipped pre-production cars to Barcelona for an early preview of its most important model in decades.

MAIN RIVALS
Other big, premium-brand SUVs with seven seats as standard or optional, including the soon-to-be-replaced Audi Q7 and relatively fresh BMW X5.

THE WHEELS VERDICT
Brilliant! Sensible rather than sporty, and all the better for it, the Volvo XC90 deserves to steal a substantial slice of the large luxury SUV market from the Audi Q7 and BMW X5. The interior is beautiful, roomy, flexible and practical, and the rest ain’t bad, either.

THE WHEELS REVIEW
INSIDE, the Volvo XC90 is serene and special. This interior is lovely to look at and easy to use, exuding the calm confidence of Scandinavia’s special brand of design sophistication. The interior of this big, luxurious, seven-seat SUV is simply superb, and superbly simple. It’s the triumphant focus point of a car that signals Volvo’s ambition and ability.

After a long period of attempting, with varied success, to transform flat-pack Ford tech into premium-priced products, the era of Ikea-posing-as-designer-brand-Swedese has come to a close at Volvo. The XC90 is the brand’s first clean-sheet car since it was bought by Chinese company Geely in 2010, ending more than a decade of Ford ownership.

Unlike the closely-related-to-Focus V40 of 2012, there are no ‘legacy’ Ford parts in the new XC90. It’s the first model based on Volvo’s new Scalable Platform Architecture. What SPA boils down to is a high-strength steel body housing transverse four-cylinder engines, front-drive and all-wheel-drive powertrains (including a plug-in hybrid), new front double A-arm and rear multilink suspensions, and a future-proofed electrical system.

The XC90’s engines are all 2.0-litre aluminium fours from Volvo’s designed-in-house Drive-E family. The D5 is a 165kW and 470Nm twin-sequential turbo diesel, while the T6 is a 236kW and 400Nm supercharged and turbocharged petrol-burner. The T8 badge signifies plug-in hybrid, which pairs the T6 engine, driving only the front wheels, with a rear-mounted 60kW electric motor sucking from a lithium-ion battery pack in the XC90’s centre tunnel. This drivetrain’s maximum outputs are a V8-rivalling 296kW and 640Nm.

All three are headed our way. The $89,950 T5 in Momentum equipment grade will be the least expensive when the new XC90 launches in Australia in August. The initial offering will be T5 and T6 in Momentum, Inscription and R-Design grades. The $101,950 R-Design-only T6 will be briefly the most expensive of the line-up, before the $122,950 T8 R-Design arrives a few months later. Although Volvo admits it’s working on front-drive versions of the XC90, initial production is all all-wheel-drive. The D5 and T6 use an on-demand Haldex clutch system.

Although the new XC90 is lighter than the model it replaces – by up to 125kg, say Volvo’s engineers – this is still a hefty chunk of car; almost five metres long and well over two tonnes. Yet the least powerful engine shifts the XC90 along quite nicely. The T5’s delivery is linear and refined; you’re aware it’s a four-cylinder diesel, but only vaguely. The T6 brings a lift in performance, but isn’t as happy a match with the XC90’s laid-back nature. The twin-charged petrol engine feels more obviously boosted than the diesel, and a little gruff when it’s pushed hard.

Both D5 and T6 have an eight-speed Aisin automatic, which works well. In keeping with the XC90’s dynamic character there are no steering wheel shift paddles. This is a stick-it-in-‘D’-and-relax kind of car.

All the pre-production XC90s at the Barcelona preview drive were heavily optioned, including air suspension with adaptive damping. So there was no chance to drive the XC90 with its basic set-up of coil springs at the front and transverse plastic leaf spring in the rear. Volvo’s engineers say it delivers ride and handling somewhere between the air suspension’s Comfort and Dynamic modes.

Driving the XC90, it’s obvious the Swedes haven’t futilely shot for SUV pseudo-sportiness. The electric-assisted steering delivers little feel, although the Volvo responds precisely to inputs, even in soft Comfort mode. There’s a fair amount of body roll in all modes, and the XC90 tends to understeer. Still, it doesn’t become completely incoherent when hurried along a winding Spanish backroad.

Slow down a little, and there’s a lot to appreciate. The interior isn’t only a feast for the eyes; the second-row seats are excellent and the third-row is roomy enough for medium-size adults. The Volvo’s large, portrait-oriented central touchscreen is home to an array of intuitive menus, and the rest of the car is equally easy to use. Add to this a palpable sense of safety, based on Volvo’s past mastery of passive measures and leadership in futuristic active technologies, and the XC90 begins to seem a very sensible choice. 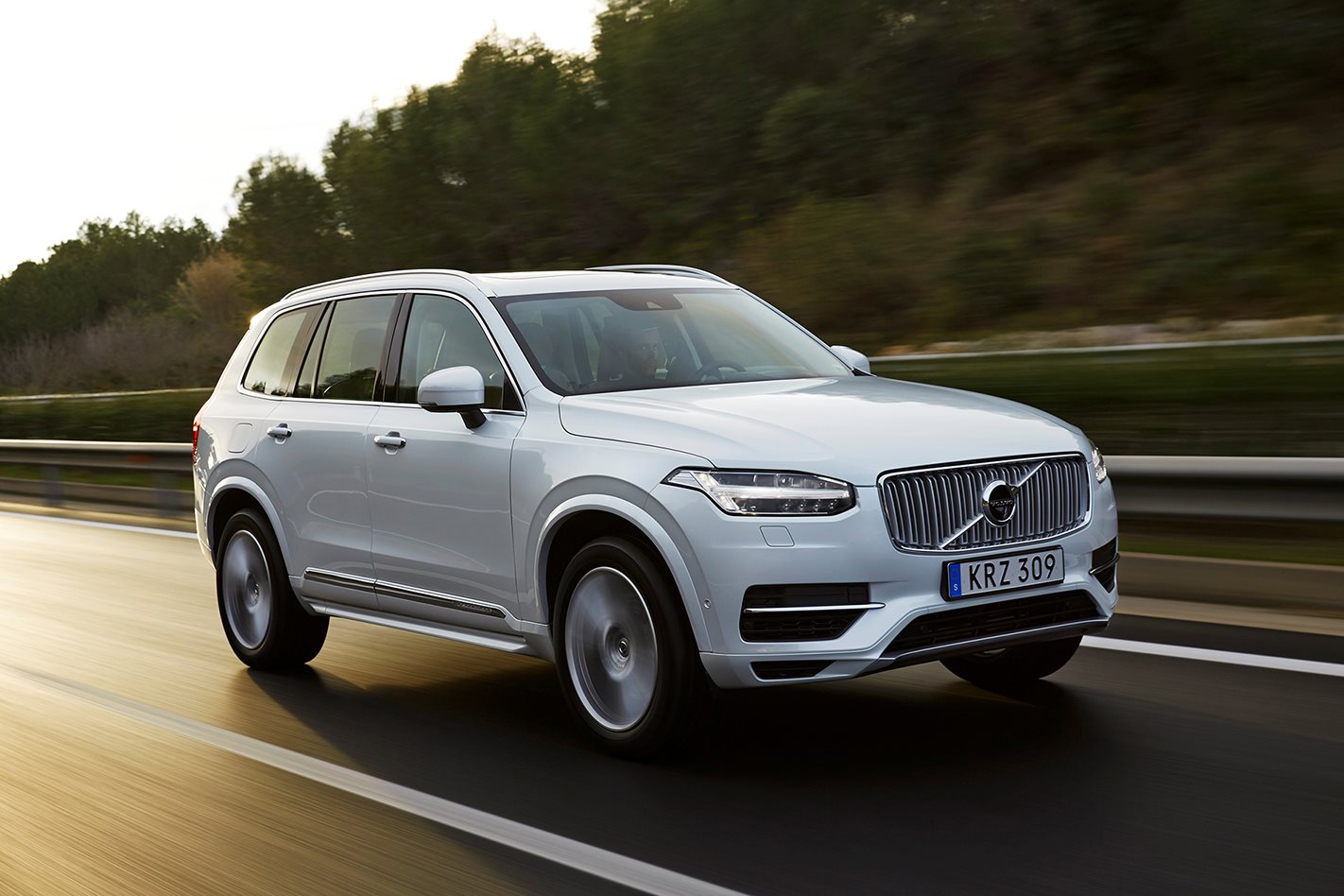 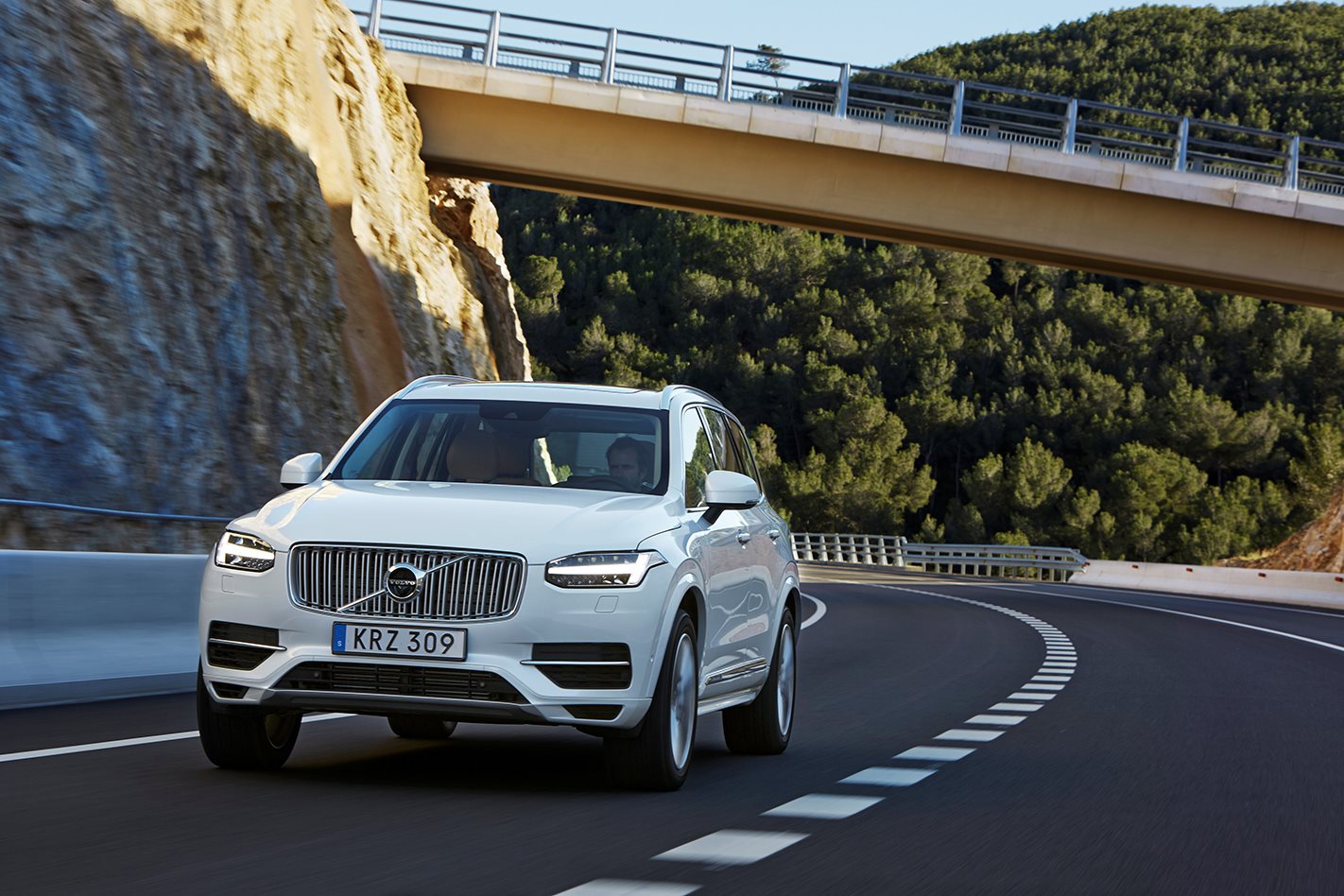 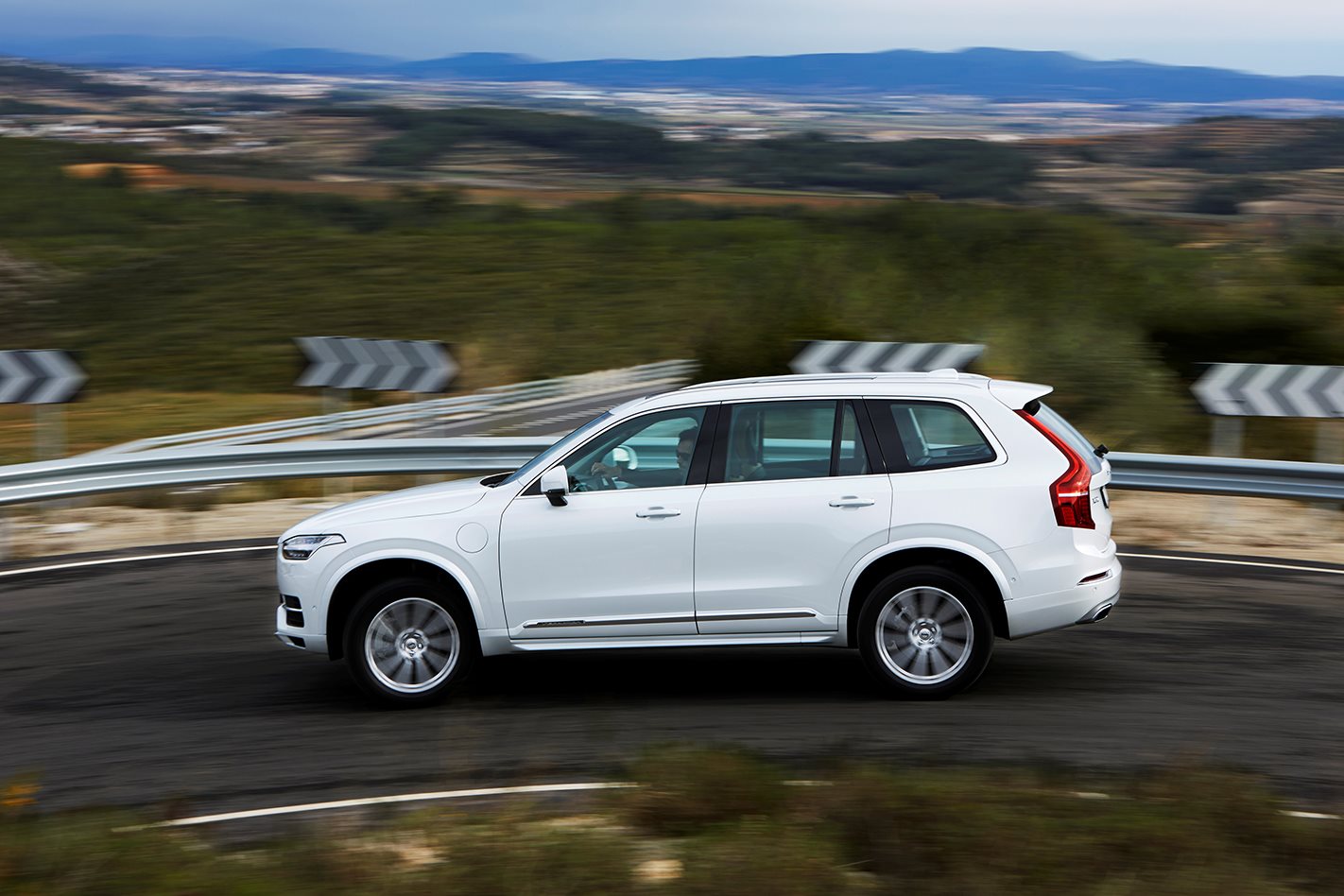 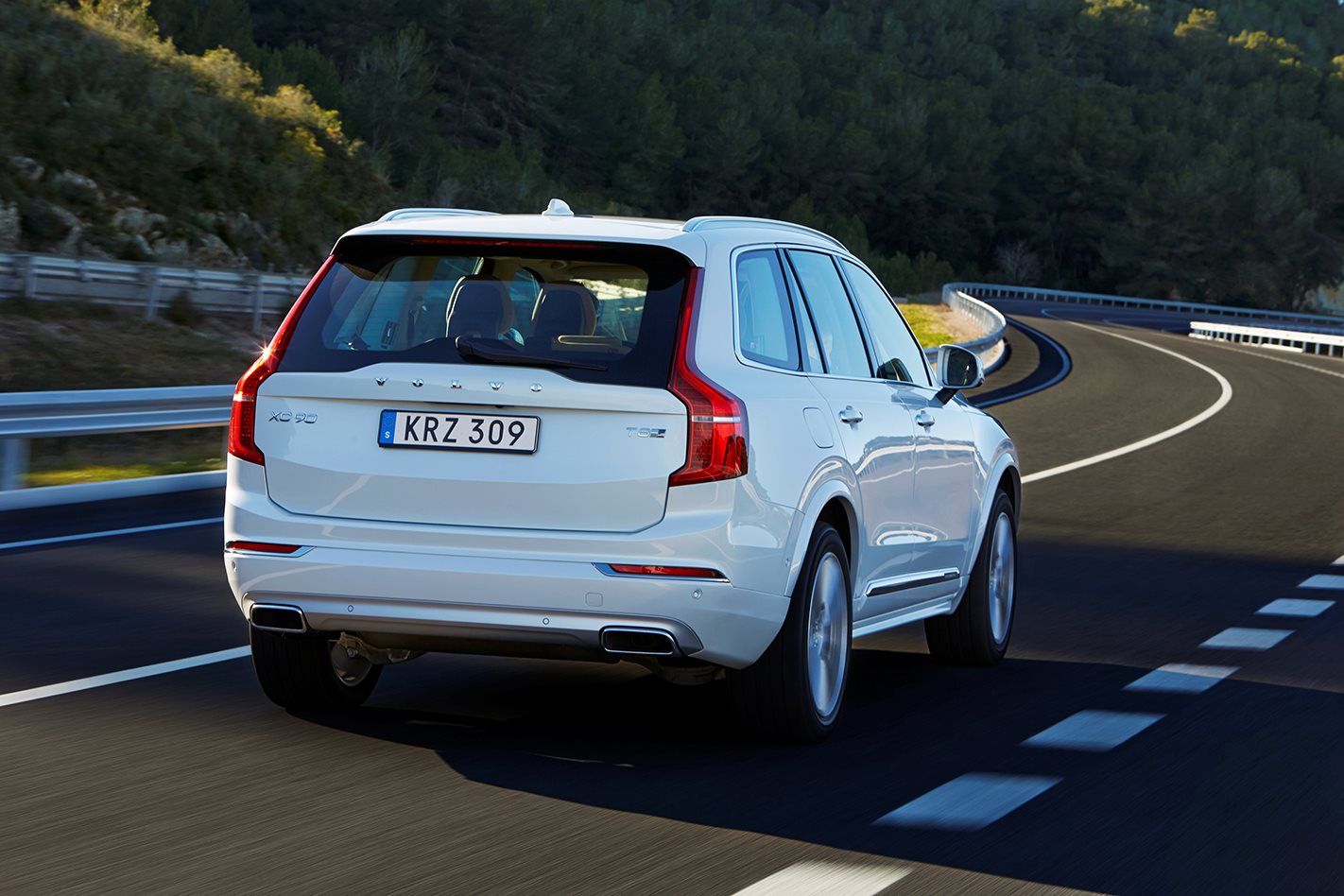 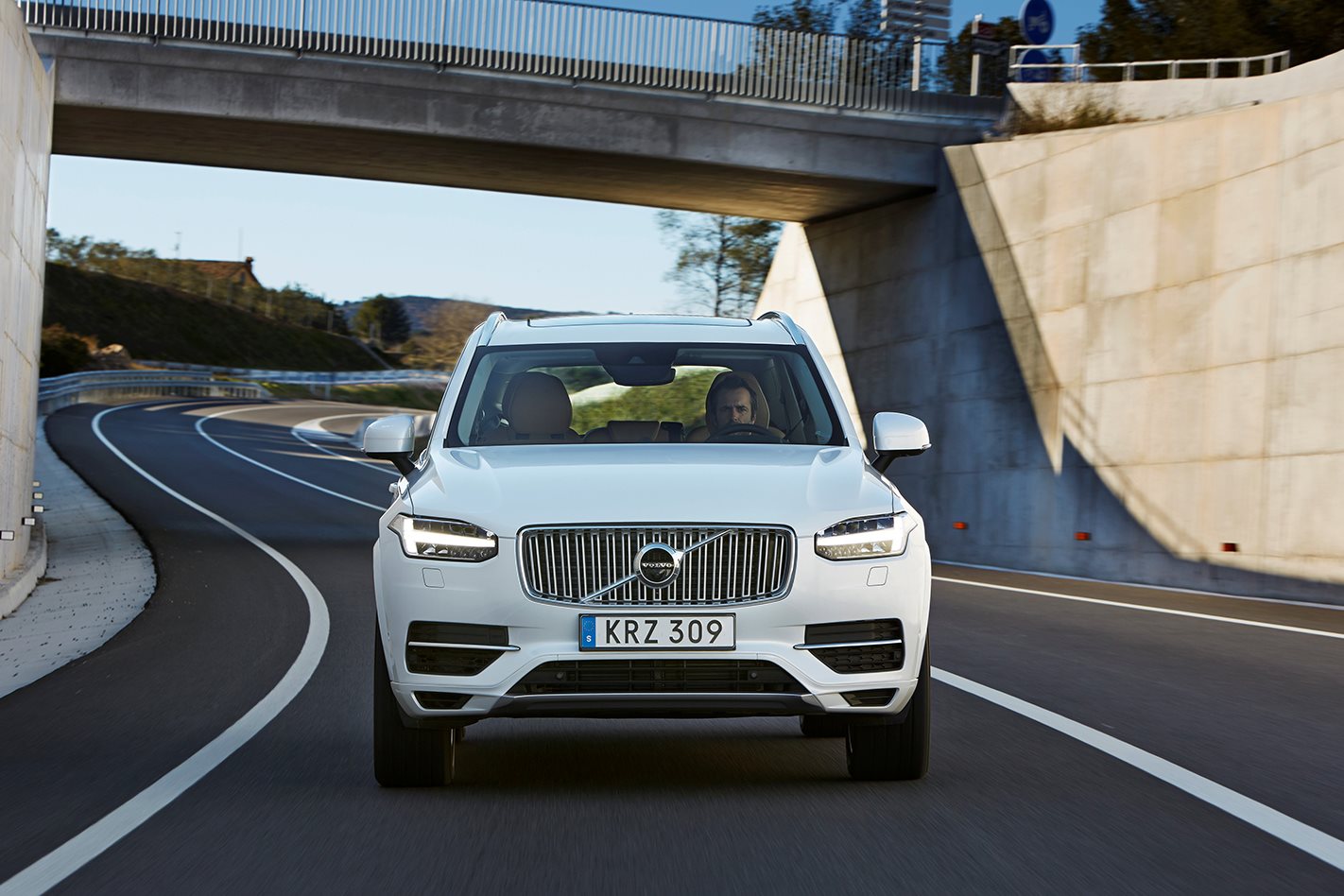 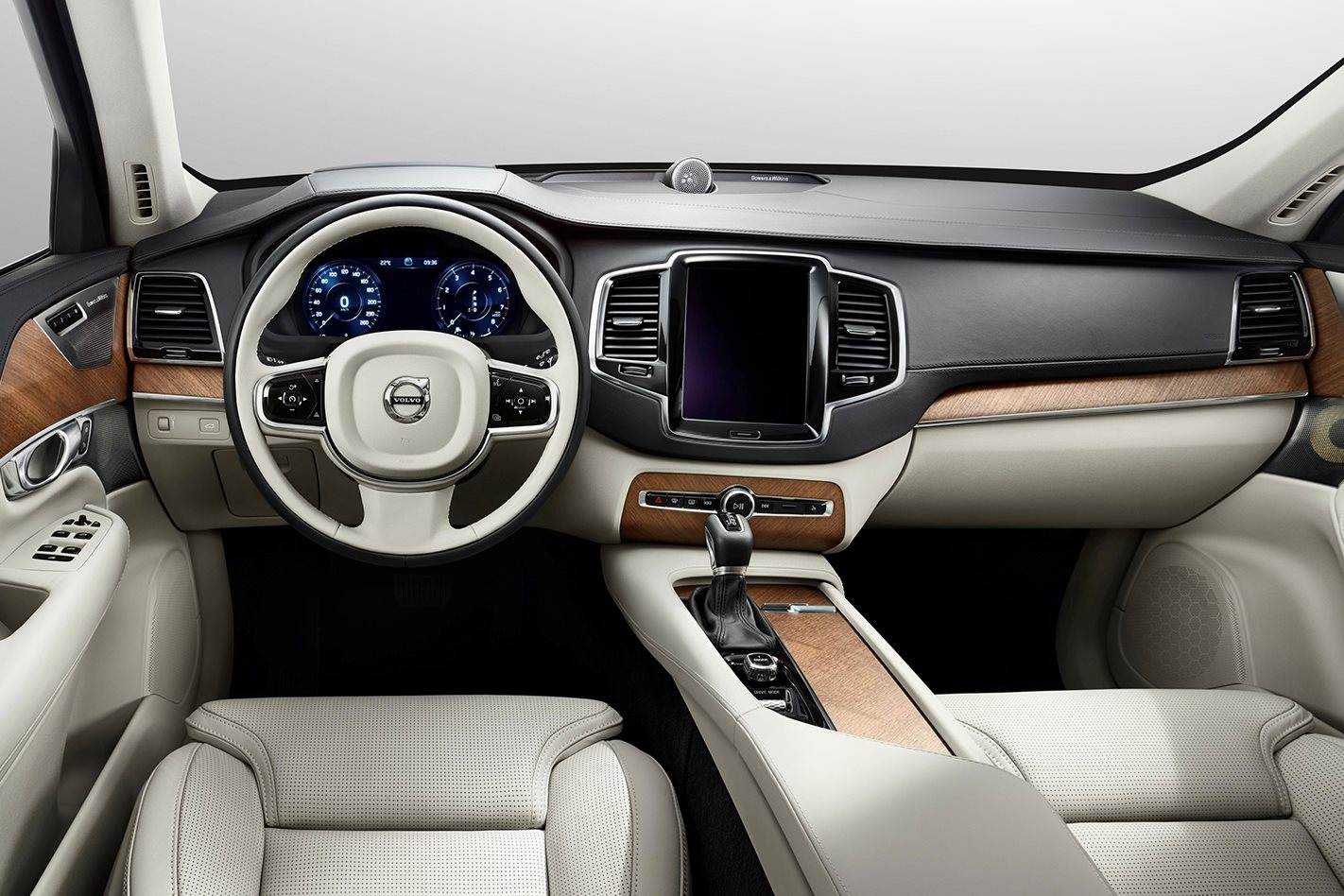 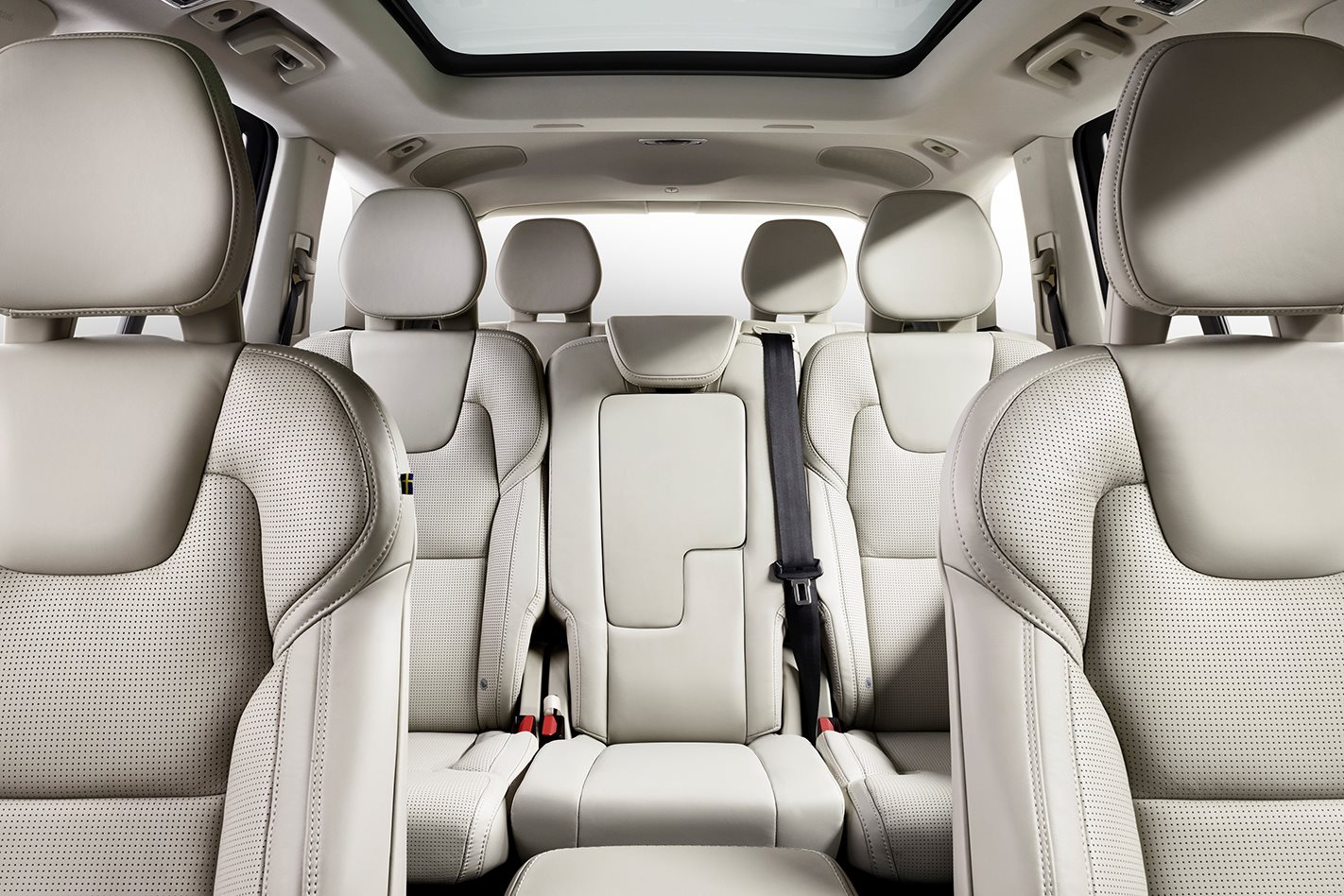 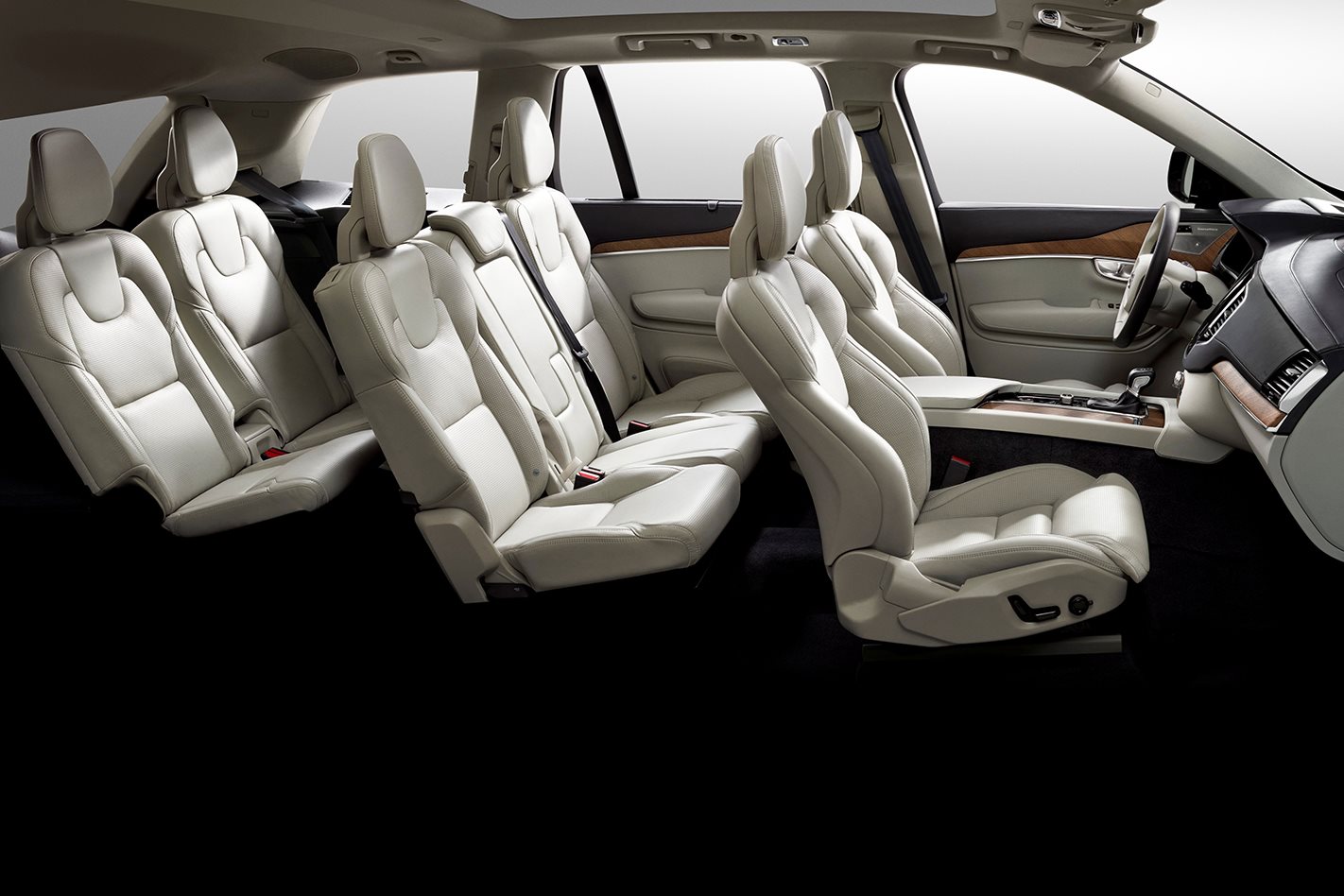