AUDI turns up the dial on its hero five-door performance hatch to nudge the magic 600hp number.

WHAT IS IT?
Audi’s flagship performance five-door, the king of four rings this side of the Audi R8 supercar.

WHY WE’RE DRIVING IT
Audi has produced a performance version with more power for its 4.0-litre twin-turbo V8, thanks to more boost and greater revs, as well as a few cosmetic touches to let the inner circle know you’re in an even faster Audi RS7. 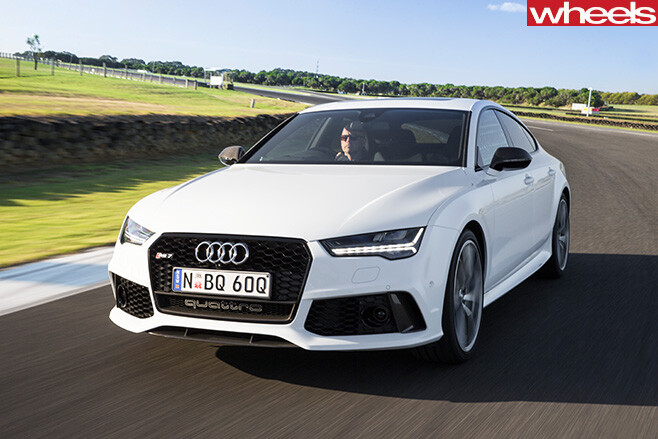 THE WHEELS VERDICT
THE Audi RS7 Performance isn’t a must-have over the regular RS7, but it adds even more exclusivity and unrelenting capability to an already supremely fast machine. Exquisitely made and brilliantly designed, it’s an enthusiast’s choice, an exclusive bragging rights model with a Jekyll and Hyde character.

PLUS: Relentless acceleration; unflappable composure; attention to detail and quality
MINUS: Weight; could be more involving to drive; cabin tech starting to feel dated; premium over RS6

THE WHEELS REVIEW
I’VE just blown the froth from every cappuccino at the corner cafe. The RS7 tends to do that: its raw, burbley twin-turbo V8 pierces the air with a pop and crackle direct from Satin himself, unapologetically interrupting discussions on real estate, Paleo diets and gender-neutral baby names. This is not an ordinary RS7, but the Performance pack: a harder-edged, 300km/h flying hatch king that replaces the 'regular' 412kW version. 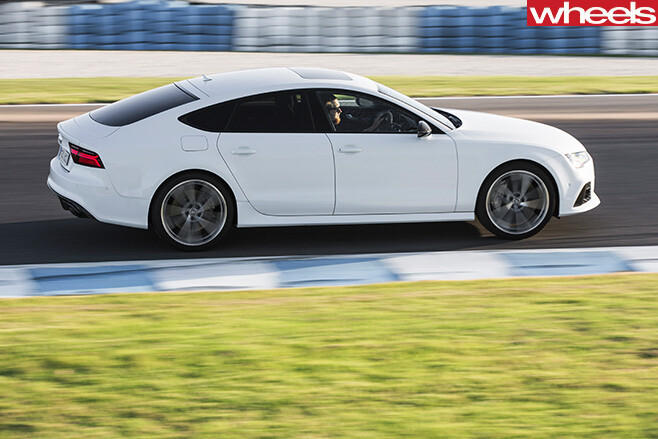 That torque is seemingly enough to pull an aircraft carrier and makes the RS7 feel utterly unstoppable. Even at slow speeds, that ostinato rumble constantly reminds you that you’re in something out of the ordinary. From the low, comfortable driving position in those excellently bolstered leather seats, changes in the road surface are sent through your feet via those pedals and your hands via the solid, well-shaped perforated leather steering wheel. 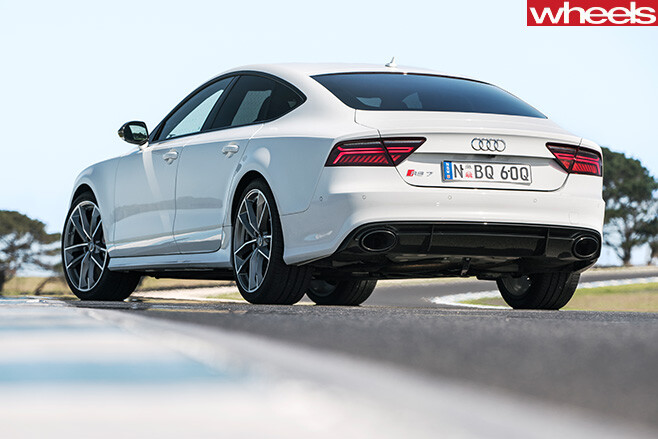 Punch that throttle, and the RS7 proves unflappable, its power delivery consistently creamy and gloriously smooth. With a sharp throttle response and the eight-speed Tiptronic’s swift, seamless changes, it reaches 3000rpm quickly, but really lights up beyond this with an insatiable appetite for revs. Speed builds like rolling thunder, and that sinister off-throttle cackle instantly makes you smile. Make no mistake: this is a high-speed, ground-bound fighter jet.

On the straight and narrow, where the passing capability of the RS7 is utterly addictive, the Dynamic Package Plus is capable enough scare corners straight. A $26K option, it brings dynamic steering, RS sports suspension and Dynamic Ride Control (air suspension), with 20-inch ceramic brakes inside no-cost option 21-inch alloys. It adds up to a surprisingly supple ride for such a hard-nosed performance car, easily softening hard edges and potholes in Comfort mode. 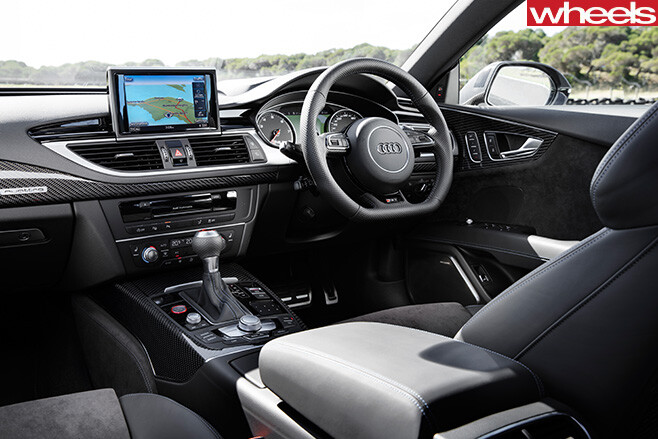 The steering, which in Dynamic has more weight and precision, is accurate, and that obedient nose exploits the roadholding of the Continentals and quattro all-wheel drive traction. It’s not as involving as we’d like, but mid-corner adjustability come courtesy of almost zero dive and squat, taut body control and near instantaneous ceramic brakes. It’s impressive for a car that weighs almost two tonnes. The RS7 Performance doesn’t intimidate but works with you; it will behave as quickly or quietly as you want.

All of this from a car has a space shuttle-like build quality and design nous in and out to belie its dated origins. Sadly, it comes with a $17k price rise, but the RS7 Performance can wear a tuxedo and mind its Ps and Qs, yet can rock out in the performance mosh pit like its 1999. It’s a niche within a niche, a car that not only has a stunning set of numbers, but both feels – and makes its driver feel – that little bit special. 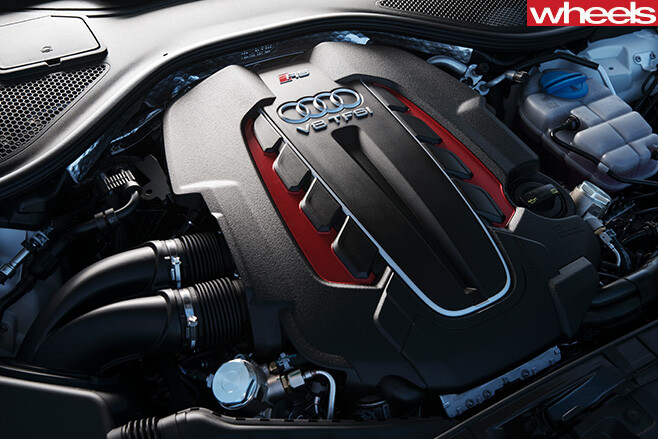 Want to know if your neighbour has the new Performance version of the RS7? In addition to the usual RS visuals, including chunkier bumpers, silver mirror caps and honeycomb grille, the Performance RS7 has a matt-titanium detailing for the grille, air inlets and window strips, as well as the rear diffuser and those monster exhaust outlets. You can also have an RS6 Performance, with the same cosmetic and mechanical upgrades as the RS7, for $245,400 and matching performance numbers.