It's as much a personality as an engine transplant for Porsche's new 718 Cayman.

The styling is basically all new (not kidding) and the suspension's been rejigged but the big news is centimetres from your spine. As you would've read, it's out with the old 2.7- and 3.4-litre howling naturally aspirated flat-six engines, replaced with a pair of turbo four-cylinders.

We'll focus on the S in a different review but having just driven the base 718 Cayman in Sweden there's a bit for us to digest. 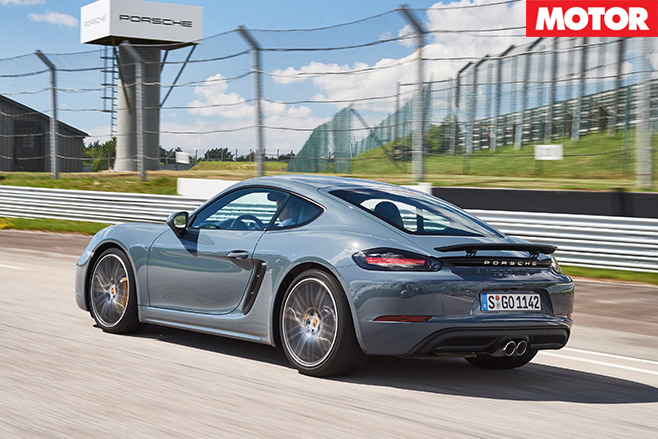 The first thing you notice - importantly, before going full throttle - is the noise. Older generations will compare the flat-four's characterful clattering to air-cooled Beetles and Porsches alike, while younger types will inevitably draw less romantic comparisons to, well, Subarus.

At car park speeds from outside, the 718 Cayman almost sounds like a very high quality WRX, although from inside the comparisons to Subaru's rally rocket are somehow less likely in the Cayman than Boxster.

Instead you could very easily compare it to another Subaru product, the BRZ. Yep, at full noise the Cayman's interior floods with a distinctive induction note very similar to the Subaru sports car. (Sorry, Porsche.)

The comparisons to Subarus end there though, particularly the modestly-powered BRZ, because that's one department you won't be drawing parallels. 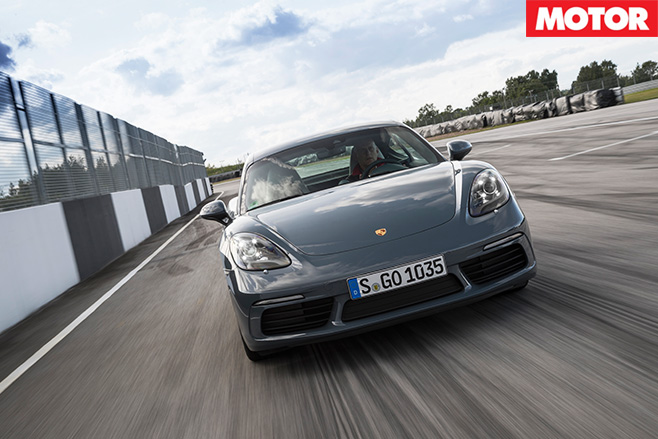 In a straight line the base 718 Cayman is fast in a way that's novel for anyone who knew the old car. Whereas the flat-six's grunt ramped up linearly to a howling, high-revving crescendo, the torquey 718 pulls hard from just 2000rpm right to the 7200rpm redline, the oomph scarcely tapering off.

Aside from the sound this is one area the Cayman's personality has changed dramatically, the old car needing fistfuls of revs to hustle whereas the new one is all about surfing great waves of mid-range torque.

And where once if you bought a Cayman the first thing you told your mates about was the engine, now it could just as easily be the chassis.

That is to say the Cayman's engine has gone from an overwhelming centrepiece of the experience to more merely an effective propulsion unit for what has always been an incredible-handling car. 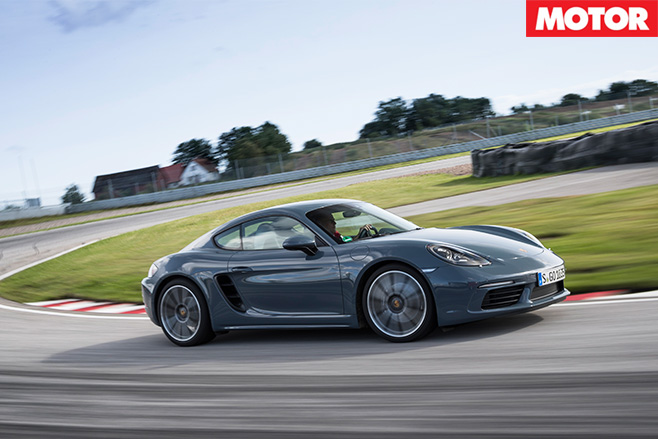 With the engine no longer hogging the spotlight the Cayman's sublime chassis is now ripe for the recognition it deserves, surely one of the friendliest, most talented, polished and fun chassis this side of $120K.

Much like the old car the Cayman is a simply superb handler, agile yet stable, easy yet challenging - and despite all the weight in the middle, absolutely a car that feels to be on your team, not one to bite.

The excellent new sport ESP also helps, even fully on it won't interrupt the fun if it senses you've got things under control, which somehow it does with eerie precision. That includes rear-steering the car with the throttle out of slower, tighter corners, something you could never really do with the old car.

Of course everything else about the base 718 Cayman is pretty excellent. Interior quality is great, the seating position perfect. Tyre noise is a bit noticeable at highway speeds but it rides well (though our test car had the optional 20s and adaptive dampers). 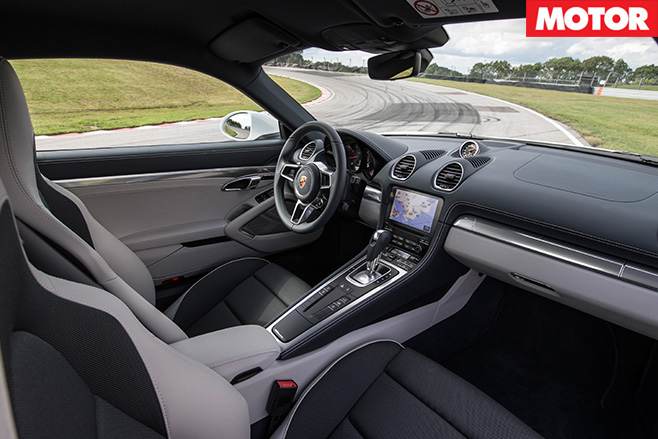 The stock brakes are mega with perfect pedal calibration and feel and the PDK is as potently sharp on up- and down-changes as ever.

Of course manual or PDK is almost a subjective thing these days but doubtless many owners will be swayed by the PDK being just $1572 extra (normally $4990), its 6.9L/100km claimed fuel consumption just scraping into a lower bracket of Luxury Car Tax, one designed to encourage more economical cars. 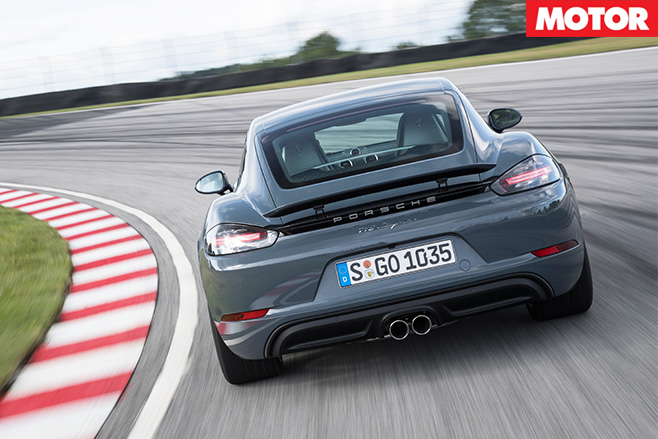 With our overseas test car loaded with options, until we drive a more basic car it's difficult for us to recommend which ones to get.

But even the very base car will be brilliant. Subjectively those that knew the old car will rue the removal of the peaky flat-six and the noise it made as you used every single rpm right to redline - truly it was something special.

But objectively the move to turbo four-pot has made for a better Cayman, the torque turning it into a seriously fast car and some will even love the new flat-four vibes, the Cayman having a totally different personality to 911 which you couldn't say before. 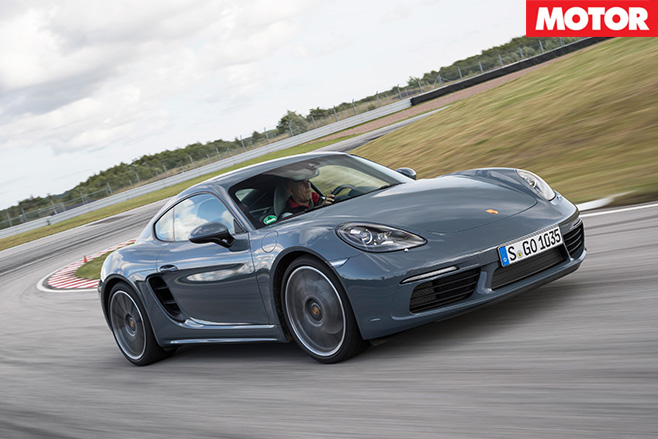 It's tempting to say the Cayman is now a car you tell your mates about the chassis, rather than the engine, but in fact the engine will continue to be just as much the focus of conversation - just for very different reasons.

The 718 Cayman is on-sale in Australia from November 26. 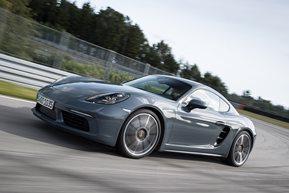