Volkswagen has long ruled the small van market with a canny combination of good looks, smart spec, diesel autos and a car-like feel. Now a comprehensive update shifts the focus to petrol autos.

WHAT IS IT?
A refresh of the top-selling small van, from Volkswagen. The front half of the C4 Caddy is loosely based on the fifth-generation Golf small car, but its commercial-vehicle rear (which includes leaf springs) can handle duty as a cargo van or – in Life guise – a five-seater wagon or seven-seater people mover.

WHY WE'RE TESTING IT
The Volkswagen C4 Caddy has long ruled the small van roost, but an ageing design and very aggressive competition from the funkier Renault Kangoo has seen its lead erode alarmingly. The Germans are fighting back with a refresh that includes a petrol auto for the first time. Along with driver-assist safety and touchscreen connectivity, will it be enough to keep the Caddy on top? THE WHEELS VERDICT:
LIKE THE LARGER Volkswagen T6 Transporter range, the facelifted Caddy is just a comprehensive update of a decade-plus old design, bringing driver-assist safety tech, a more car-like dash, and visual tweaks front and rear. However, with diesels temporarily sidelined due to Volkswagen’s emissions scandal, the big news is the introduction of a 1.4-litre turbo petrol and DSG dual-clutch auto duo, opening the market and giving the increasingly successful Renault Kangoo rival something very serious to ponder. That said, while the changes improve things somewhat, the Wolfsburg workhorse is feeling its age in other areas. 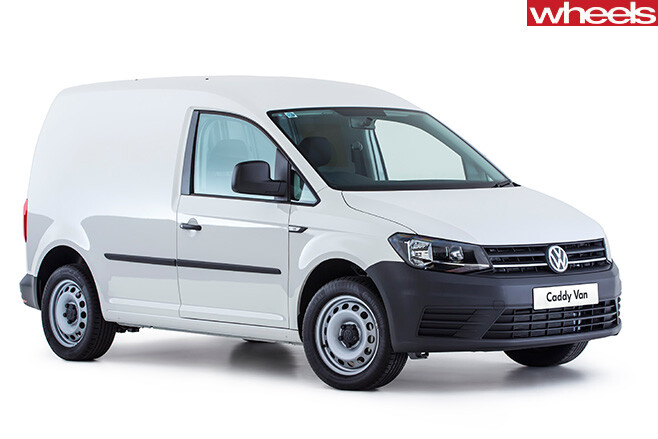 THE WHEELS REVIEW
FOR DECADES, small vans based on prosaic small cars from Morris, Ford, Holden or Toyota filled the streets of Australia.

In the likely event of a breakdown, the rescuing white horse would often be wearing a Minor, Escort, Gemini, or Corolla badge. Likewise, these were the choices for budget minded surfers and tradies seeking an inexpensive dual-purpose recreation vehicle.

By the late ‘80s, however, smaller one-tonne utes with canopies, and light forward-control vans from Japan, obliterated the genre in Australia, until Holden released the Opel-made SB Barina supermini-based Combo. 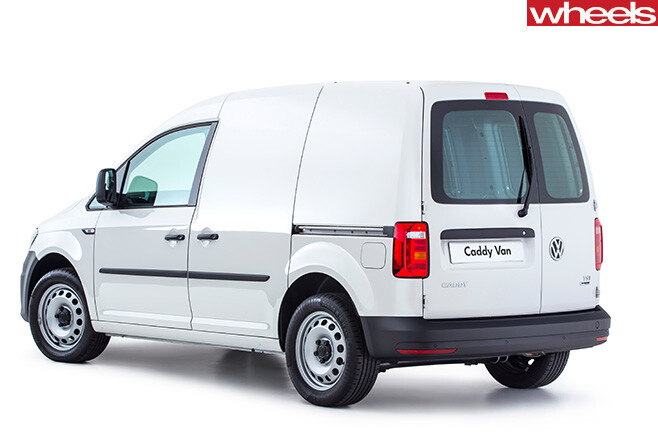 Nowadays the Euros rule, led by the Polish-built Volkswagen Caddy, but the increasingly popular Renault Kangoo has been aggressively eating away at its dominance. To help stem the French threat, there’s a revised version for 2016.

As with the company’s T6 Transporter vans, it’s a revamp of the existing (third-generation) 2KN-series that debuted globally during 2004. Look for revised headlights, a different grille, reshaped bumpers, and altered tail-lights.

Interestingly, the recent diesel emissions scandal at Volkswagen has forced the temporary stop-sale of all TDI turbo-diesel variants – which traditionally account for 80 percent of sales. They are coming, but not until about the second quarter. Enter, then, the 1.4 TSI with DSG dual-clutch transmission. 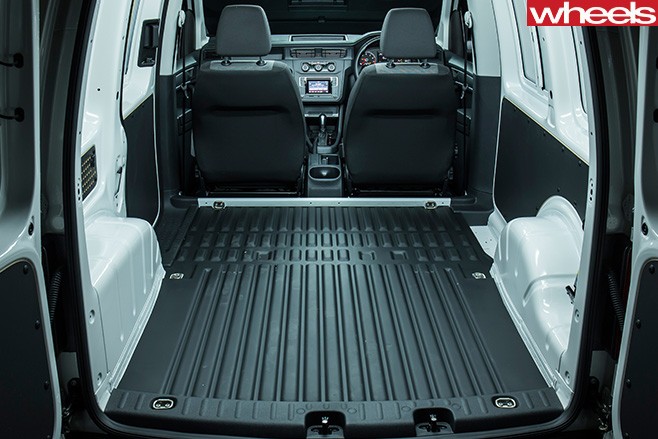 Starting from $28,190 in long wheelbase Maxi TSI220 manual guise, it uses the 92kW/220Nm 1.4-litre four-cylinder turbo engine familiar to owners of the Golf, driving the front wheels via either a six-speed manual or seven-speed DSG.

The volume-selling short wheelbase Caddy Van TSI220 DSG kicks off from $28,990. Returning 6.0L\100km (manual 6.2) with the assistance of stop-start, the new Bluemotion-badged 1.4 TSI petrol heart is said to be nearly as frugal as the previous diesel models.

On a short drive loop around inner Sydney in heavy traffic, the newly reengineered Volkswagen impressed us with its gutsy acceleration and quiet operation, helped out by one of the slickest and least laggy Volkswagen DSGs we’ve sampled. It is hard not to believe that the TSI220 will become the drivetrain of choice in the future, unless fuel prices skyrocket. Less impressive is the Caddy’s firm ride, betraying the dozen years that this platform has been around. There just isn’t the suppleness of, say, the Kangoo, even though the Volkswagen’s steering is certainly responsive. Blame the leaf sprung rear end. That said, the lightly laden van still corners and grips more like a car than a commercial vehicle, and is easy to place and park in tight spots.

We also sampled the people mover variants, which – like the vans – have a comprehensively modified dashboard with (at long last) a lidded glovebox, better materials, and for the first time a touchscreen in the centre with app connectivity and an optional integrated reverse camera. Much of everything else is as per the Caddy’s MY10 facelift, with the same clear instruments and layout as before. And just as in the old passenger-carrying Caddy, the second row is roomy but remains quite utilitarian in presentation, serving as a constant reminder of the blue collar origins. Underlining the latter is the fair amount of road-noise intrusion as well. 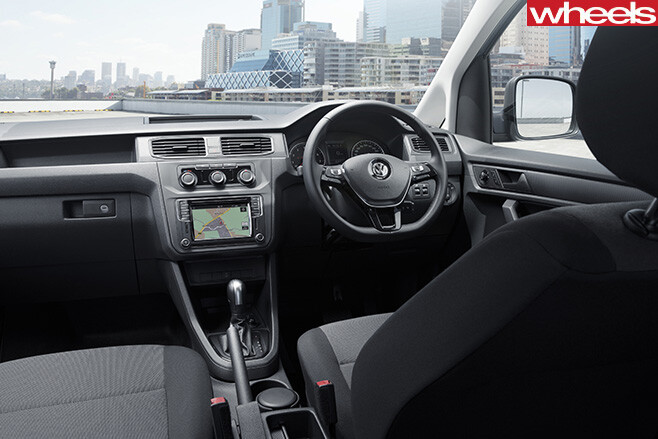 In a few weeks we’ll also see a circa-62kW/160Nm 1.2-litre TSI160 Runner manual, a revamp of the stripped-out white-only base workhorse, and it should start from about $22,990 driveaway. Once cleared for sale again, the TDIs, meanwhile, will continue to be offered in about 75kW 1.6-litre and 110kW 2.0-litre formats. Volkswagen had yet to confirm the outputs at the time of writing.

Most will offer the option of advanced driver tech such as Multi Collision Braking (which applies secondary braking after a first impact to help prevent further damage), Fatigue Detection, AEB Autonomous Emergency Braking (known as City Emergency Braking), adaptive cruise control, and blind-spot monitoring. For safety at least, the Caddy is up to date.

As before, two wheelbases are offered, with the LWB bringing 4200 litres of cargo capacity, 1000 litres over the SWB version. As with the Transporter, a Maxi Crewvan is also available, with five seats and a configurable cargo capacity of up to 4130 litres, while the people mover variants can have the rear row(s) removed altogether. Payloads vary between 750kg and 850kg, depending on model specified. Finally, Volkswagen says it has kept the previous body so as to make carryover fit-outs from existing models easier and cheaper.

The C4-series, then, is really just an extensive makeover of a 12 year old van, and it is showing its wrinkles despite the dash titivations and petrol engine transplant. While the Germans have done enough to keep the Caddy at the top of its class, you can bet Renault won’t be resting on its laurels. Far from facing extinction, the small van market is set to really hot up.