Their high-riding physics shouldn’t, and often don’t, translate well to the demands of fast, thrilling driving.

But Audi’s trying hard to spite Newton, really hard, because its SQ7 TDI launches with enough technology that could land a space shuttle. 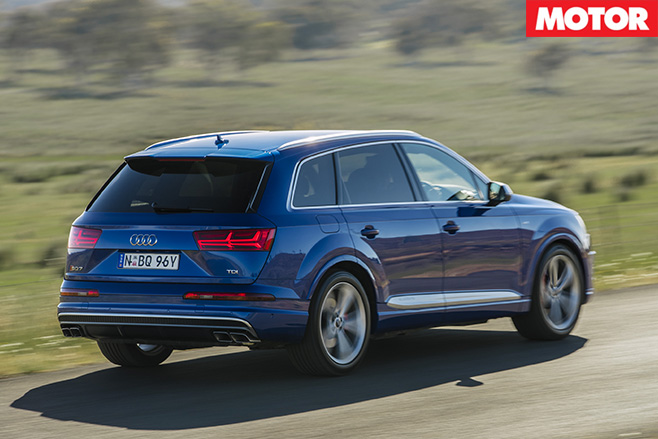 Goodies you’d expect to find in a low-slung flagship, such as the Audi R8, before sweeping through the rest of Audi’s range. Not a 2.3-tonne kid-hauler that runs on diesel.

But Audi knows the potential of an S-badged oiler SUV. The SQ5 outsold every other variant within a year of its launch, despite the $14K jump over next most expensive Q5.

However buyers won’t be treated to such a small ask here in seven-seat territory. The SQ7’s premium over the next best Q7 stands at a gaping $49K, or the price of a well-equipped Golf GTI.

For that there’s a 4.0-litre diesel V8 plugged with two turbochargers in its vee, and an electric supercharger spun by a 7kW motor. 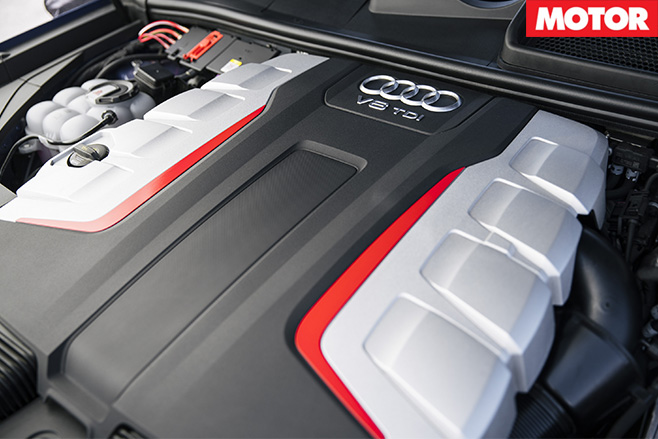 But you’ll need a masters degree to understand the sorcery at work, as through its rev-range the engine switches from dual-charged, to single turbocharged, before finishing up twin-turbocharged.

While the electric charger supplies full boost until 2000rpm, those 900 newtons feel more focused on motivating 2.3-tonnes than throwing you at the horizon. 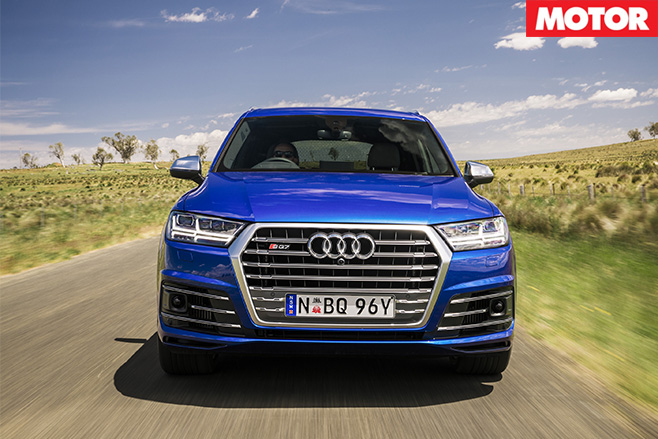 The second turbo comes online at around 3200rpm, thanks to some valvelift trickery, but the car doesn’t start hauling until third gear.

With some momentum finally behind it, though, the V8’s 320kW piles on speed at a serious rate. And the SQ7 feels much more potent from 100km/h onwards.

Stab the throttle while moving and you suspect engine needs a moment to figure which turbo’s doing what. It instead feels more responsive with a little tip-in before engaging a roaring overtake.

But the SQ7 TDI feels completely at home going fast. And that's not only down to its whisper quiet cabin. 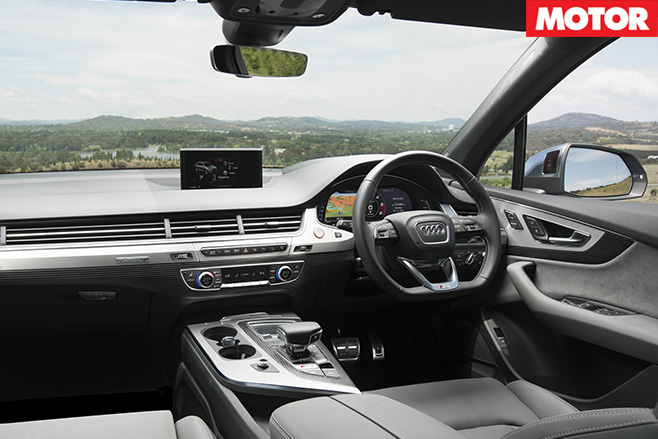 Opt for the $13K Dynamic Package, as 80 per cent of buyers have so far, and there are few roads the SQ7 will fear to tread. Its active anti-roll bars, rear-steering, and rear-diff slip wonder boots on its feet.

Tackle a set of bends in dynamic mode and there’s a duality about the SQ7 that’s so damn likeable.

The front-end doesn’t dissolve into push-understeer like it does in comfort mode, which slackens off the roll bars, so you can pick-up the throttle earlier and let the diff drive you out of corners.

And with the bars negating body roll, the adaptive air dampers are left to soak up the hits. So the car wafts along in a straight line like a limo, then corners with the tenacity of overweight hot-hatch. 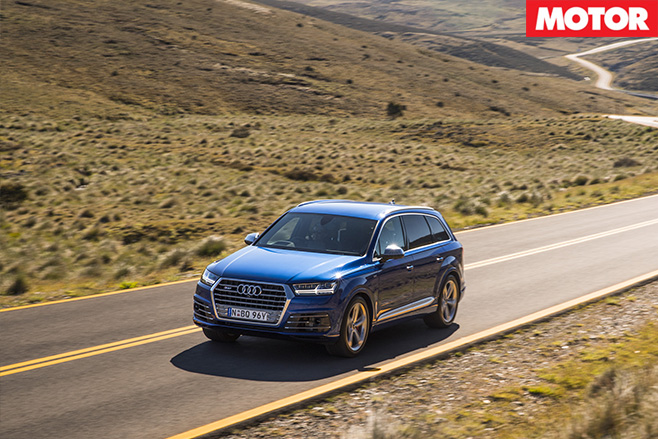 There are some non-negotiables about such weight. At over five metres long the SQ7’s hard to place, the speed-dependent steering’s too quickly geared at high speed. So you wind off lock often.

Compared to others, sure, the SQ7 would cower from a Mercedes-AMG GLS63’s bark. But the GLS is $60K more expensive, couldn’t catch the Audi around bends, and drinks like a sailor.

In fact, the Audi has an answer for all its rivals. Tesla’s new Model X P100D might be faster, but it’s not here yet, already costs US$156K in American peso, and wouldn’t look anywhere as nice inside. 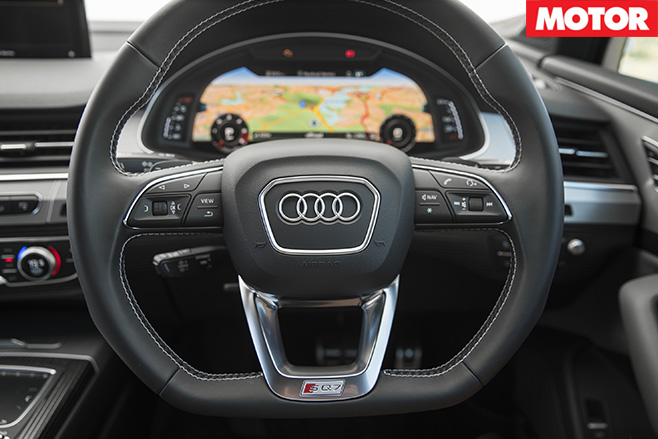 Over in Munich the $150K diesel X5, with a triple-charged six, handles sharper. But it won’t offer the same true seven-seat practicality.

Money wise, priced at $153,616, the Audi’s also a bit of a bargain. Dodge costly extras like red calipers, as the standard six-pots look delicious enough. But do go for the $5K optional 21s and the Dynamic Package - if you don't mind a corner or two. 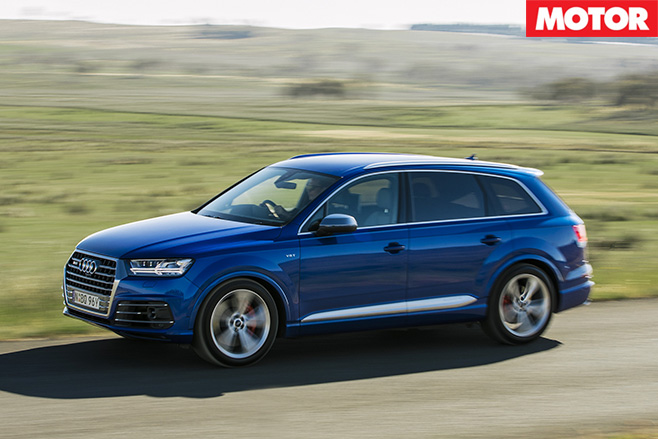 So, the SQ7’s not bullet fast, but it’ll hurry up a hot-hatch to 100km/h and past it after. The V8’s no Pavarotti, but it sounds remarkable for a diesel. And while it’s not the sharpest weapon, it’s genuinely surprising in corners.

Like we said, we’re not particularly for SUVs. But if we had to have a big one, this would be it. 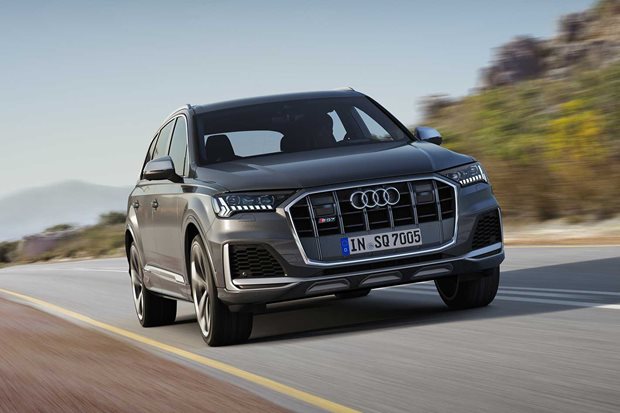 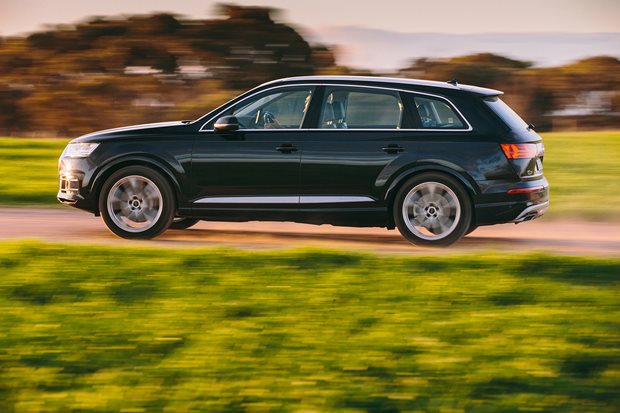 The powerful Audi Q7 seats seven in a luxurious and roomy SUV cabin. It rides very nicely, and is thrifty with fuel. A broad suite of active safety aids includes auto braking. 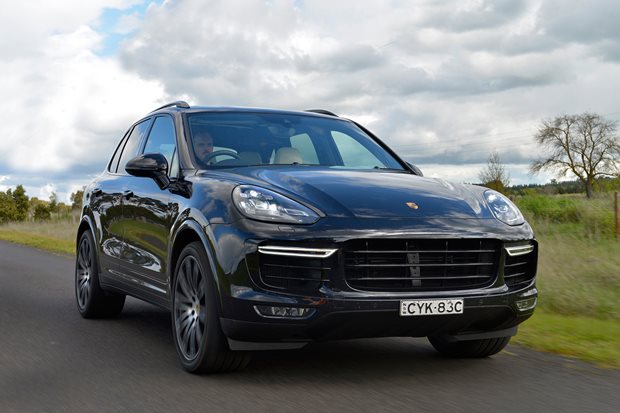 A hilariously-rapid lesson in glorious excess 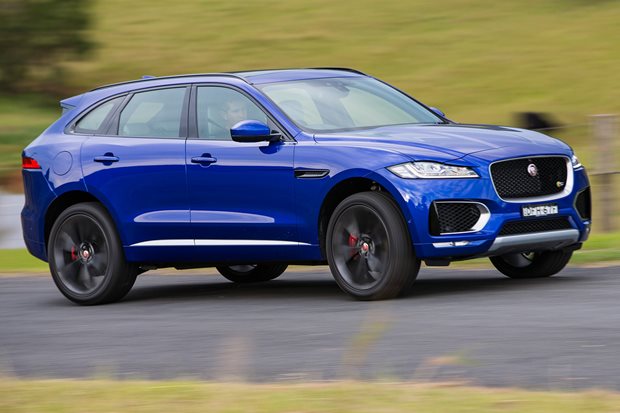 How much grace would you like with your space? 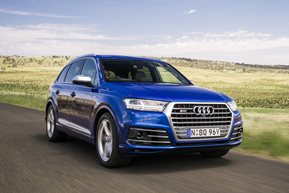