Remember the 1000Nm Q7 V12 that tugged a Boeing 747 along for an advertising commercial? This 900Nm Audi SQ7 is its spiritual replacement – with an electric twist.

In less than 250 milliseconds a small electric motor can spool the compressor wheel up to 70,000rpm. Its positioning downstream of the intercooler and close to the engine means it can then instantly add boost without waiting for exhaust gases to recirculate, as per a regular turbocharger. 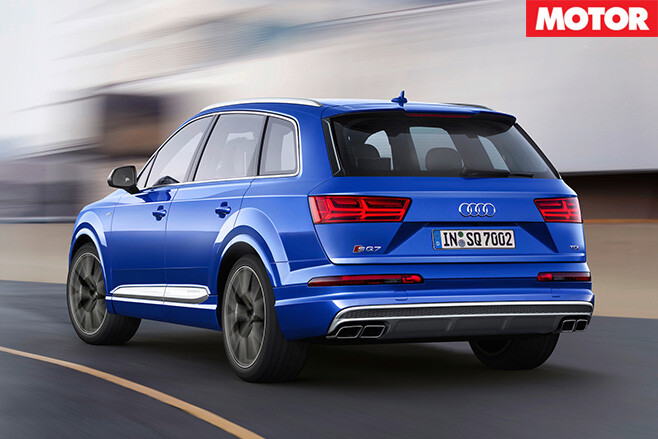 In addition to the usual 12-volt lead battery in most cars, the SQ7 also gets a 48-volt lithium-ion battery mounted beneath the rear luggage floor to supply the electric motor with its required 7kW of power to operate.

“With this technology, turbo lag is history,” Audi claims in a statement.

“Because the EPC [Electric Powered Compressor] does not require any exhaust-gas energy to develop boost, it can be used at any time, thus making it the solution for the traditional weaknesses of the classic exhaust-gas turbocharger.” 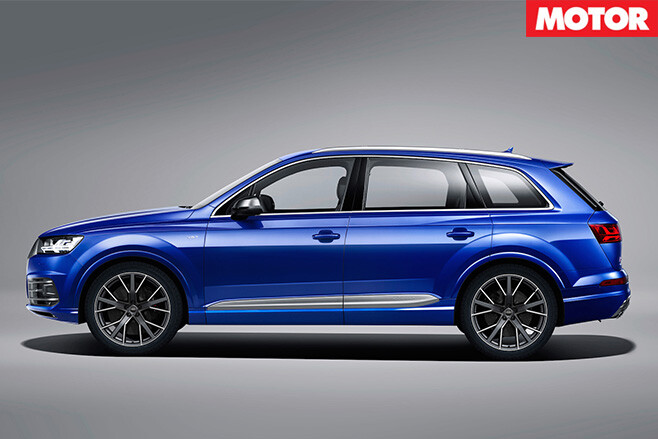 With the electric compressor a turbo’s traditional weak spot at the bottom end of the rev range, a peak 900Nm is made from 1000rpm until 3250rpm. The two remaining turbos then activate sequentially to provide more power at the top-end – in this case 320kW from 3750rpm until 5000rpm. 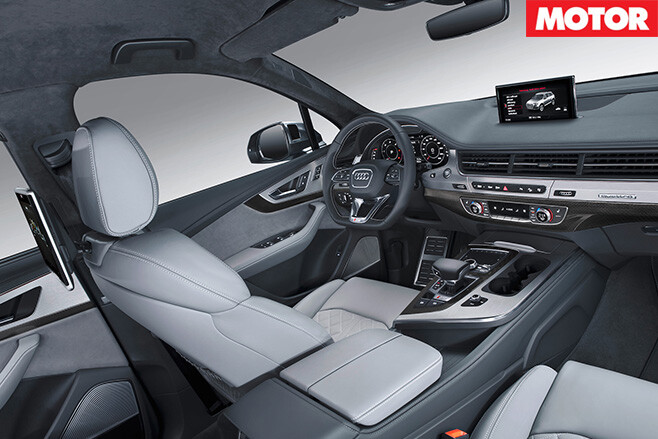 In terms of dynamics, the SQ7 offers an optional driving dynamics package including electro-mechanical active bodyroll stabilisation that according to Audi uses, “a compact electric motor with a three-stage planetary gearbox [that] separates the two halves of the stabiliser.”

“On an uneven road surface, they are actively decoupled from one another, resulting in improved ride comfort,” it adds.

“During sporty driving, the tubes are interconnected and twisted against each other. That significantly reduces body roll [and] together with the transmission, the electric motors produce anything up to 1200Nm of torque.” 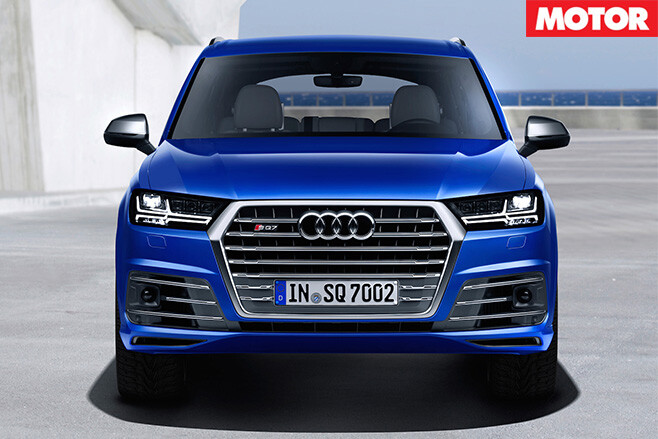 Of course the system is also powered by the 48-volt battery network, while the driving dynamics package also adds four-wheel steering and a ‘crown’ centre differential that is similar to that which can make an S4 throttle-oversteer – Audi calls it a ‘sport differential’.

Matrix LED headlights and a 12.3-inch ‘virtual’ cockpit are also standard in a large, luxury SUV packaged destined for Australia “before the end of 2016”. Expect pricing of around $180,000 for the SQ7.