Grand tourer remains as brutal and imposing as ever

Make no mistake, Bentley’s most potent road-going engine makes your head spin – 1017Nm of torque kind of does that to you.

However, at 2280kg, the second-generation Continental Supersports needs every bit of that pulling power and all of its 522kW. Better head for the open highway, and not a twisty back road, then.

Launched in 2004, the Continental still utilises a conventional, leather-clad key. Twist it, hit the starter button and the 12 cylinders, arranged in a W configuration, fire into life. 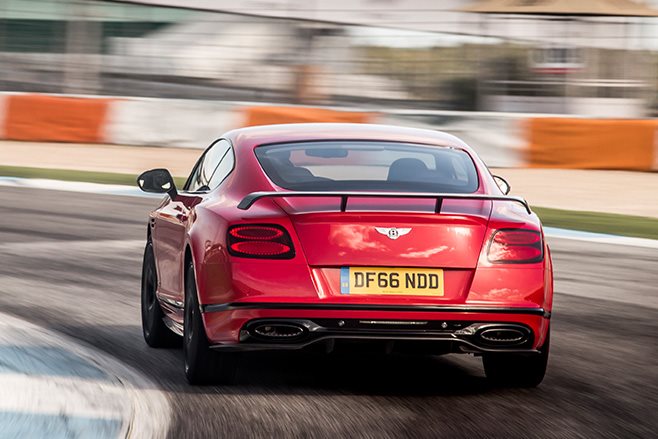 The twin-turbo, 6.0-litre unit hums along almost inaudibly at less than 2000rpm before raising the baritones as the revs climb, adding bass to the choir before hitting a crescendo at the 5900rpm power peak. It certainly trumpets its message loud and clear, but can also call for calm when alighting at the golf-club valet.

Despite its sizeable girth and weight, the all-wheel drive luxury coupe hits 100km/h from rest in a mere 3.5 seconds. And while the maximum speed is an equally imposing 336km/h, the claimed average fuel consumption of 15.7L/100km is the result of the headline figures.

Interestingly, because 58 per cent of the kerb weight rests on the front axle, putting a lot of stress on the front tyres under heavy braking, pressures have to be raised to hit the impressive V-max. 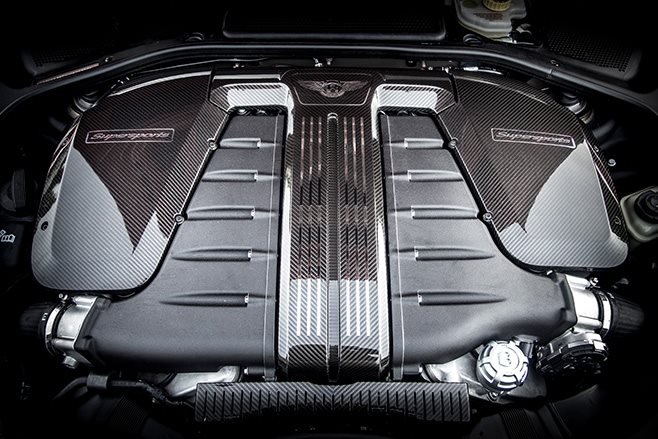 Although this is a road car first and foremost, we sample the go-fast Conti on the F1 circuit of Estoril in Portugal.

With amazing low-end grunt, ample mid-range punch and incredibly long legs, the Bentley devours the two 240km/h straights. And even with the dinner-plate sized carbon ceramic brakes underfoot, they struggle to arrest the substantial momentum.

While the Pirelli P Zeros (275/35 R21 all-round) didn’t heat up as quickly as feared, they tended to run the Conti wide whenever the mighty mauler attempted to throw in extra cornering forces. Despite all-wheel drive, a raft of stability tech and torque vectoring, the super coupe requires plenty of patience and sensitive throttle inputs to hit an apex. But let’s face it, this car was designed for the cafe-racer and the fashionista, not start-line honours. 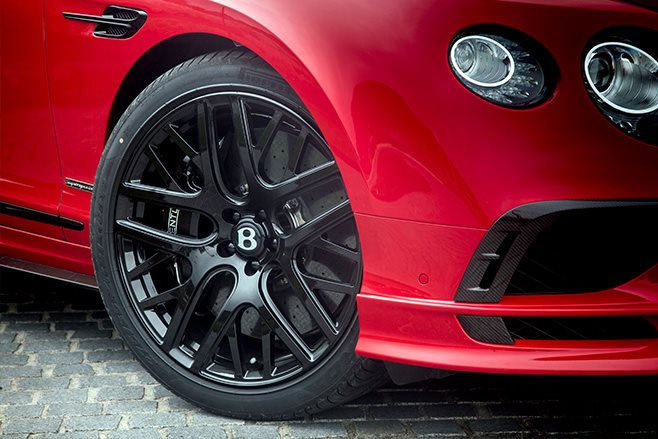 The big Bentley does, however, prove the theory that high weight and a long wheelbase equals ample comfort. The Supersports rides with a lot more dignity than some of its crash, bang and wallop competitors. A shrug of the broad shoulders is all it takes to absorb long undulations with the tyres and air suspension assisting the adjustable dampers in ironing out harsh irritation and potholes with aplomb. Although at 2220mm wide, it won’t like tight city streets.

Again, due to its age and genetic heritage, the Conti must do without modern tech such as a driving mode selector, active anti-roll bars and rear-wheel steering. The only buttons left to fiddle with surround its stability control and the option to vary the compliance of the shock absorbers between Comfort and Sport. 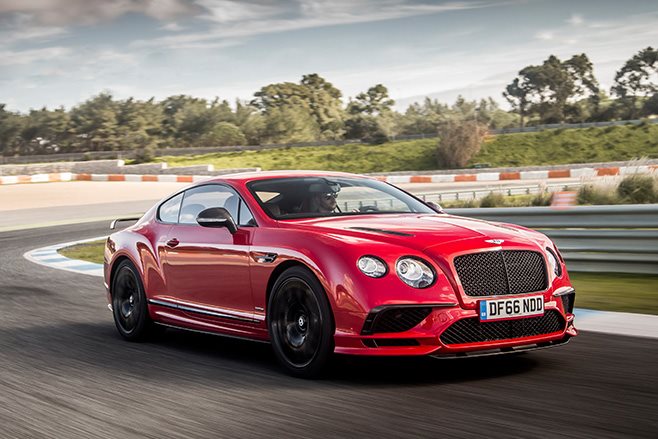 In terms of the eight-speed auto, you can change gears manually via the column-mounted shifters, but it is perfectly safe to allow the attentive, smooth and neatly spaced eight-speed auto to do all the work. In Sport mode the increasingly enthusiastic shifts are accompanied by chip-induced histrionics out the exhaust, which is very un-Bentley.

Bentley has left little off the table visually with the Supersports. On the inside it has carbon fibre by the kilo, not gram, and enough cowhide to make a dairy farmer nervous. And of course, it’s also cross stitched in three different colours and comes with piping to match, if you insist. The four lazy-boy seats make up the two-plus-two seater coupe platform and, at long last, the infotainment system doesn’t deserve its last rites.

The exterior of the extroverted Continental is kitted out with spoilers, splitters, air ducts and aprons galore. Not to mention the fatter oval tailpipes, bi-colour rims and shiny black accents to replace the chrome bling. The fixed, boy-racer-style rear wing can be deleted when selecting the coupe, but it’s not available on the summer-loving convertible. 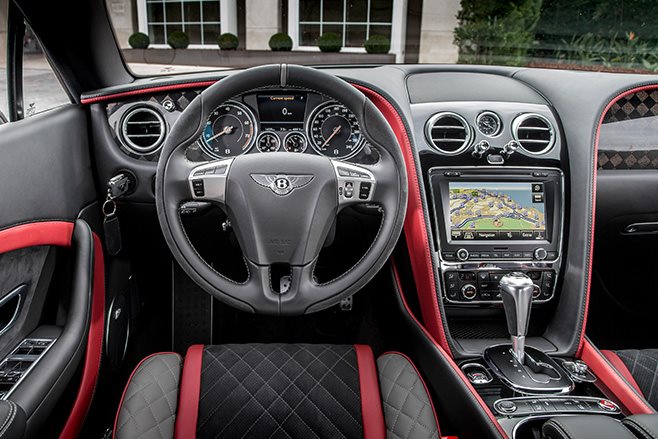 Priced at $569,522 (the convertible commands $626,474), this last-of-the-line Continental will be replaced by a new model at the Frankfurt motor show in September. Based on the architecture of the latest Porsche Panamera, a proven winner in its own right, it is bound to be a massive step forward. It will be lighter and more fuel efficient, with the added benefit of improved abilities and dynamics.

However, in terms of combustive energy, this remarkable 522kW/1017Nm monster will likely wear the cream-of-the-crop crown for years to come. 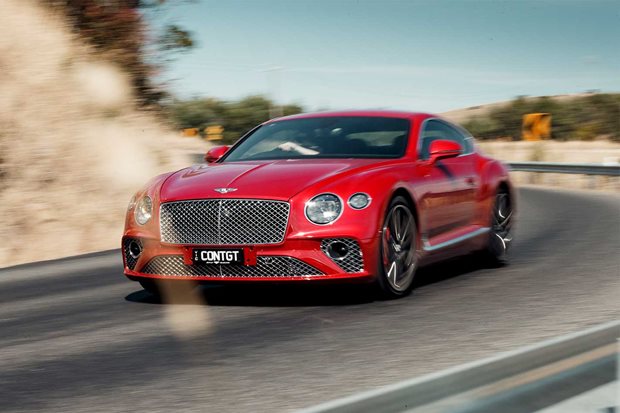 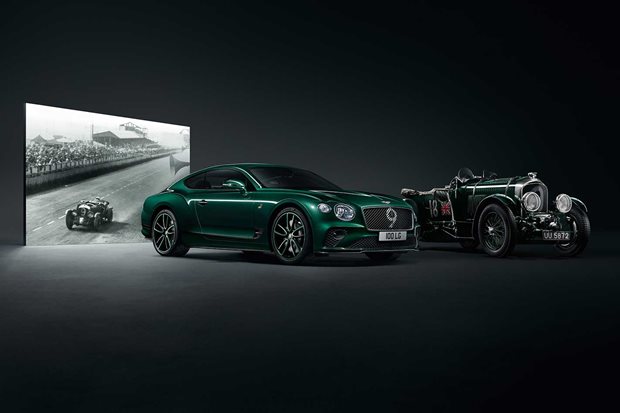 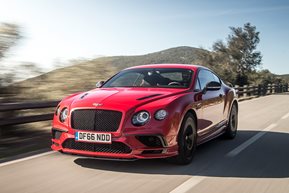