BMW has tried rolling out a hybrid-engined version of its 5 Series executive express before.

Called the BMW ActiveHybrid 5, it had an all-electric range of about three kilometres, with its appeal running about as far as its battery-powered range.

But a new large-size flagship deserves some new fuel-saving hybrid tech. And here it is.

WHAT IS IT
It’s the BMW 530e iPerformance, basically a petrol-engined 530i large sedan with plug-in hybrid bits plumbed in. 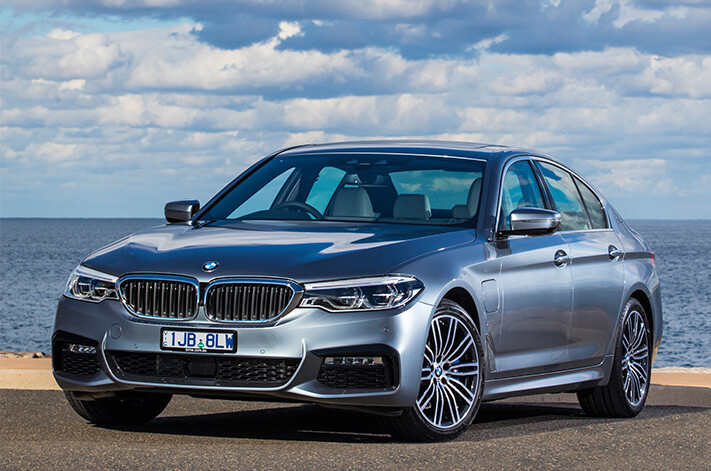 WHY WE'RE TESTING IT
It’s the fifth model introduced to the growing 5 Series sedan family. It’s also the fourth plug-in car in the BMW range alongside the 320e iPerformance mid-size sedan, the 740e iPerformance saloon and the X5 xDrive40e large SUV, all of which – unlike the 530e – carry a steep price premium over their petrol equivalents.

THE WHEELS VERDICT
Kudos to BMW for encouraging buyers to try its plug-in hybrid tech for the same price as the 5 Series’ conventionally engined saloon. But while your hip pocket will be happier, it doesn’t quite deliver on the driver’s car demands that the BMW badge carries.

THE WHEELS REVIEW
A FIFTH member of BMW’s growing suite of iPerformance – read ‘plug-in hybrid’ – models has joined the Bavarian car maker’s showroom. This time, though, it wears the clothes of the G30-based 5 Series.

The 530e iPerformance is priced the same as the 530i and carries the same spec level, meaning buyers who want to take the plug-in plunge but don’t want to pay extra for it can do so without any of the hip-pocket hits the technology normally attracts. 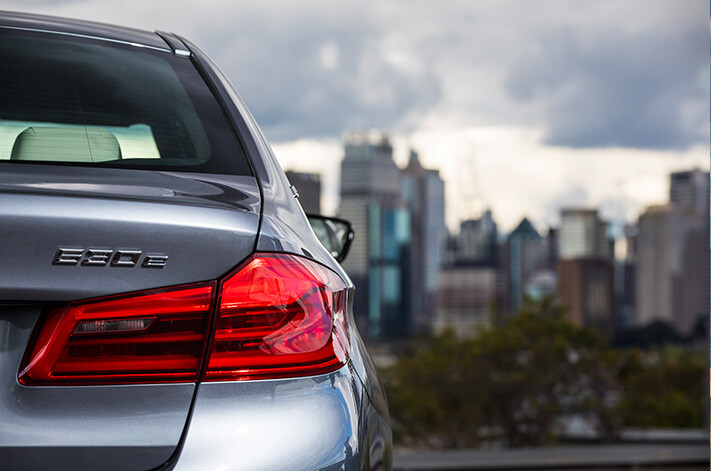 And per kilo, the plug-in 5er is good value. That’s because by the time you add an 83kW/250Nm electric motor and 120kg of batteries, plus the extra-heavy gauge wiring needed, the ‘e’ carries an added 230kg of bits on board compared with its more conventional ‘i’ sibling. Load-lugging is compromised. The batteries are tucked in under the boot floor, and a 22-litre smaller fuel tank sits above the rear axle, so there’s 120 litres less luggage space. Yet despite carrying less fuel, BMW claims the combination of a full fuel tank and an ambitious 43km of all-electric reach will give about the same 800-kilometre range as you’d squeeze out of the conventionally engined version. The other obvious bonus is fuel use: the hybrid sips 2.5L/100km less than the 520d, the next-best performer, and 3.9L/100km less than the 530i.

Flicking the console-mounted toggle to switch the 530e into its automatic hybrid mode will allow it to shut down the 135kW/290Nm 2.0-litre petrol engine and tap the batteries exclusively at speeds of up to 90km/h, which can be stretched to 140km/h by nudging the switch into ‘Max’ mode. Another ‘Control’ mode will force the 530e to preserve anywhere between 30 to 100 percent of charge to use later. At speeds below 30km/h the 530e will hum to warn pedestrians it is nearby. 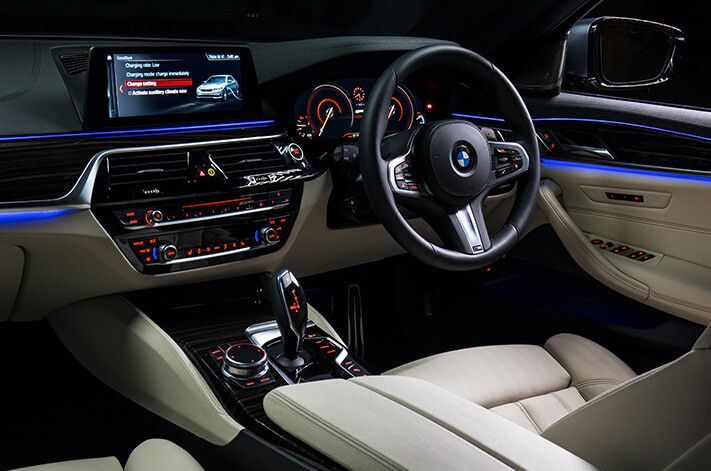 Under the bonnet, the electric jolt gives the 530e a 70Nm advantage over the 530i. Slightly taller gear ratios in the hybrid-specific eight-speed auto peg the 530e’s 0-100km/h performance at 6.2secs, matching the 530i.

But a brief drive hints that all the 530e’s extra weight detracts from the regular 5 Series’ dynamic repertoire. You don’t so much notice the pork while stepping off the line, as the hybrid punch disguises it well, but more when braking and cornering where the centre of gravity shifts more harshly, or accelerating at speed where there’s a lot of noise but not as much mojo.

The tech beneath the 530e may add a green halo to the 5 Series, but for traditional BMW dynamic traits shop elsewhere in the range.