It looks and smells like a regular Everest, but the rear-drive Trend is all about towing, long distance touring and ferrying families rather than venturing too far off-road.

It looks and smells like a regular Everest, but the rear-drive Trend is all about towing, long distance touring and ferrying families rather than venturing too far off-road.

WHAT IS IT?
A 2WD version of the Ford Ranger-based Everest SUV. It uses the same body and engine as the regular Everest, but only powers the rear wheels. The rear-drive model is $5000 less expensive than the AWD.

WHY WE’RE TESTING IT
The rear-drive version of the Ford Everest has just gone on sale as a single model, the Trend. It is part of a plan to expand the Everest family, in part trying to appeal to buyers who are currently in a Ford Territory and looking for a replacement. 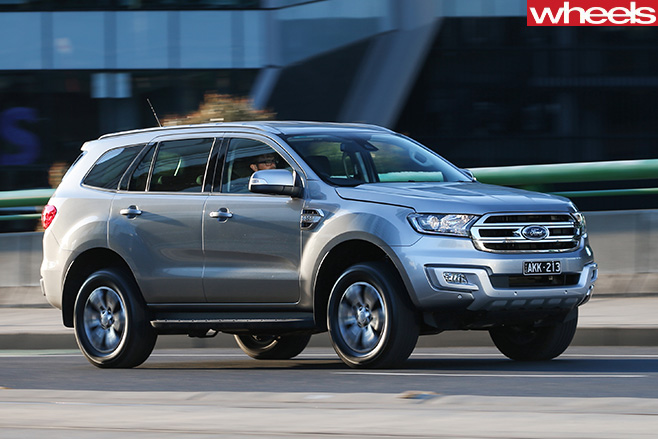 MAIN RIVALS
Mitsubishi Pajero Sport and Isuzu MU-X. All-wheel drive versions of the Everest compete with the Toyota Prado and Fortuner, although those models are available exclusively as 4WDs. Ford is also hoping the Everest RWD will partially replace the Territory that is currently in runout.

THE WHEELS VERDICT
PLUS: Seven-seat space and practicality of regular Everest but $5K less; 3000kg towing; relatively quiet;
MINUS: Steers and drives more like a ute than a car;

THE WHEELS REVIEW
Territory owners, listen up. Here’s the seven-seater Ford hopes you’ll want once it comes time to upgrade. 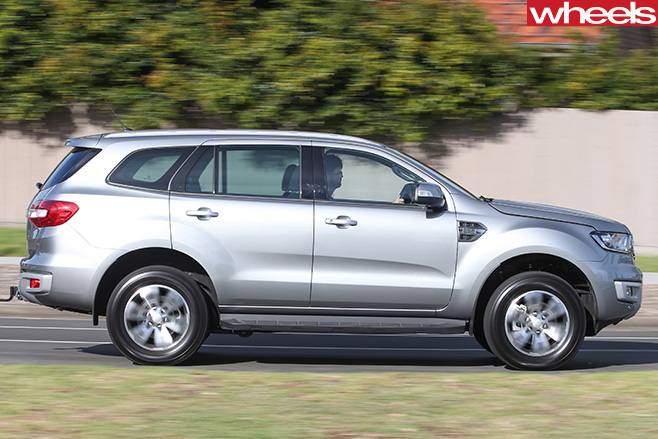 It’s the Everest RWD, for rear-wheel drive. As the name suggests it’s a two-wheel drive version of the Ford Everest, a car that arrived late in 2015 as a rival to the Toyota Prado, as well as other seven-seat SUVs designed to go off-road.

So instead of a monocoque there’s a ladder frame chassis and instead of an independent rear-end it’s a live axle. 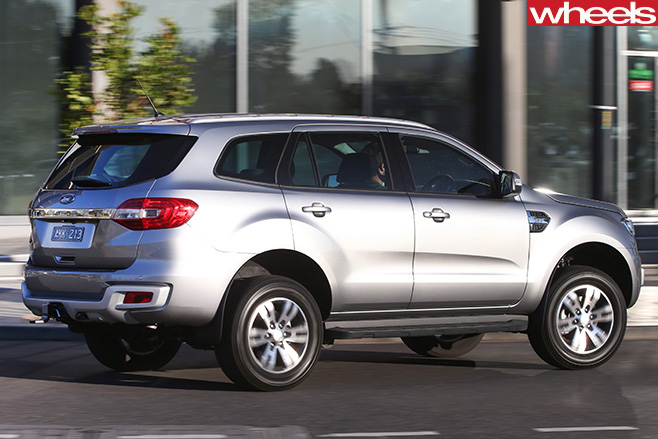 In fact most of the Everest’s juicy off-road hardware is there – except the permanent four-wheel drive system.

That’s good or bad, depending on how you plan to use it. Like other ladder frame vehicles the Everest has its dynamic limitations. Push too hard and the fronts will widen the cornering arc with predictable understeer. Fire out of a tight corner with the full 470Nm for what is a robust five-cylinder diesel and the nicely calibrated traction control will be busy keeping the rears in check.

And on second grade country roads the body doesn’t have the control or comfort that an all-independent car-based SUV can deliver.

However, for really rough roads the Everest RWD is a winner. The stout body and tough suspension deals well with big hits, and it gives the impression a carload of people won’t change the equation dramatically. It’ll also tow up to three tonnes and can drive through up to 800mm of water. 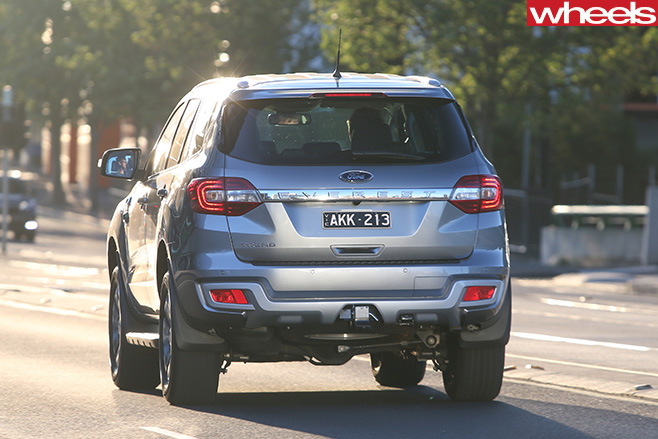 So, if you want to tackle fast, rough dirt roads with the occasional challenge that doesn’t require 4WD it’s beautifully set up for it.

And the rear-driver is better than the regular Everest when it comes to driving manners, mainly because there’s less weight to contend with. The removal of the transfer case and front drive shafts has saved 98kg, something that also lowers the claimed fuel figure by 0.1L/100km to 8.4L/100km.

Inside there are no changes, right down to the quartet of roof mounted vents that feed air to the second and third rows and the mix of grey trims, from the seats to the dash. A trio of microphones in the roof is part of the noise cancelling system that makes for an appropriately hushed cabin. 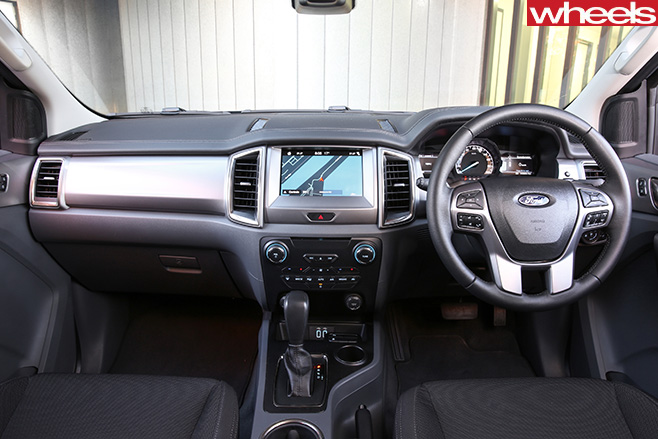 Grab handles near each door make it easier to leap up into what is a high cabin, while the higher middle row seats provide a better back seat view for littlies. It’s more about functionality than design, though.

An electric tailgate as part of the mid-level Trend pack (the only spec the RWD is available in) and Sync 3 connectivity (with digital radio) offsets the omission of smart key entry. Other Everest compromises remain, such as the lack of reach adjustment for the steering.

More of an issue for those wanting leather seats is that they’ll have to step up to the Titanium with all-wheel drive – a $22K hike.

Then again, the rear-drive Everest is more about towing and general ruggedness than pampering.