Part of HSV’s 30 Year Special Edition range, the Senator Signature 30 Years costs just $3000 more than the standard Senator Signature but for that you get a whole lot more power, improved dynamics, aesthetic tweaks and a beefier soundtrack.

WHAT IS IT?
The standard HSV Senator Signature, plus a few embellishments to celebrate 30 years of one of Australia’s favourite high-performance brands.

WHY WE’RE TESTING IT
HSV is sending out the Commodore-based range with a 6.2-litre supercharged bang (except Grange) and a light dusting of 30-year anniversary touches. This is one of the last opportunities to grab a piece of true Aussie muscle car history with a dash of extra exclusivity. 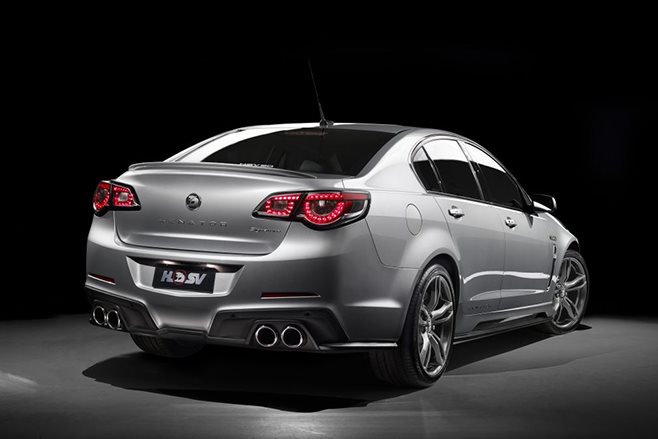 THE WHEELS VERDICT
The introduction of standard-fit LSA power for the Senator seemed like the ultimate send-off for the variant but HSV has gone one better with even more power and an added dose of exclusivity. In years to come, the 30 Years HSVs will be the envy of petrol heads who remember the era of true blue Aussie muscle cars.

THE WHEELS REVIEW
PRICED from $95,990 before on-road costs, some will struggle to justify spending a sniff under $100,000 on something that essentially started life as a Commodore SS-V, but allow us to put the deal into perspective.

The 30 Year special edition costs just $3000 more than the Senator Signature on which it is based and for that extra cash you get a 10kW/20Nm tune-up, 20-inch Rapier forged alloy wheels, a revised exhaust system, a torque vectoring system borrowed from the GTS flagship and a scattering of 30 Years aesthetic upgrades.

If there is another car company that offers such a comprehensive upgrade for the same investment then we don’t know about it.

For those who appreciate just a little more class, the 30 Years version of the Senator makes sense as a part of the swansong Commodore-based HSV range, offering an air of sophistication alongside its showier GTS, Clubsport R8 and Maloo R8 siblings. 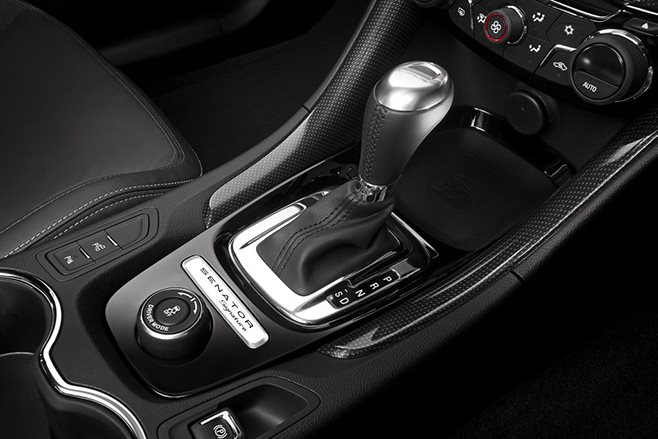 And it shows on the inside too, with an expanse of synthetic suede and leather covering parts of the dashboard, the deeply-bucketed sports seats that feature eight-way adjustment for the driver and more posh materials for the second row as well.

If you wake up one morning having forgotten exactly which HSV Senator you bought, 30 Years branded badges above each vent on the front wings, floor mats and doorsill trims will remind you as you climb aboard.

The special Senator offers possibly the most comfortable and classy cabin of the HSV range, but if you are interested in being driven around or just relaxing then you would probably be reading a Grange review. What you really want to know is how it goes.

While there is an understandable sadness surrounding the end of Australian-made HSVs, there is a silver lining to that cloud of tyre smoke. The job of preparing for a future of ever-tightening emissions regulations and engine efficiency has been handed to the Opel Insignia-based next-gen Commodore, which has left the last HSVs on the end of a very long leash.

Before the V8 takes a final bow, HSV has supercharged all 6.2-litres of it and then wicked it up a little more for this version and, with its mild tune-up, the more exclusive version of the Senator has a fabulous 410kW and 691Nm under the bonnet.

As you might imagine, getting all that grunt to the ground from a standing start and through just two tyres is too much to ask and the traction control light flashes angrily with a heavy toe, but once up to in-gear speed the Senator piles on pace with almost unbelievable eagerness. 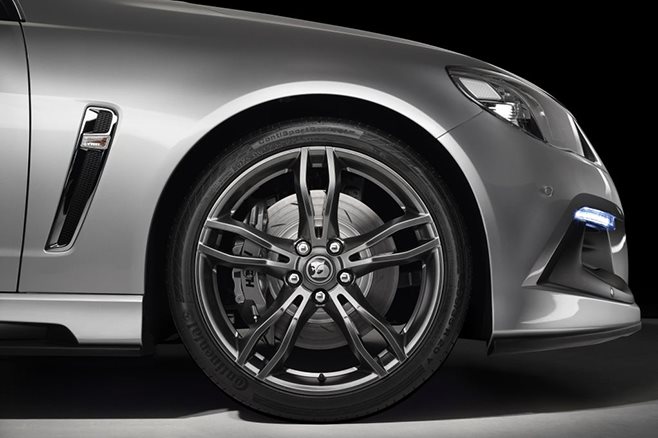 There are other manufacturers of smaller capacity turbocharged engines that can brag similar power outputs and more frugal appetites for fuel, but HSV’s supercharged LSA engine is concrete proof that figures on paper have little to do with the way a car feels on the road.

Take our word for it – nothing delivers power with the linearity or urgency of a big supercharged V8.

Of course that potential comes at a cost somewhere and during our time with the Senator, we single-handedly managed to keep at least one service station in business and an average fuel consumption of 17.2 litres per 100km.

That was actually slightly better than we were expecting but a couple of good freeway cruises kept the 20s at bay.

If you do happen to stray into speeds that only racing tracks can legally allow, you’ll be pleased to feel a set of massive AP Racing brakes under the big pedal.

Aesthetically, the monstrous yellow six-pot front calipers are the perfect combination with the ‘dark stainless’ effect wheels, but also provide a rock-hard pedal feel and massive stopping power despite the speed potential and mass of the Senator. 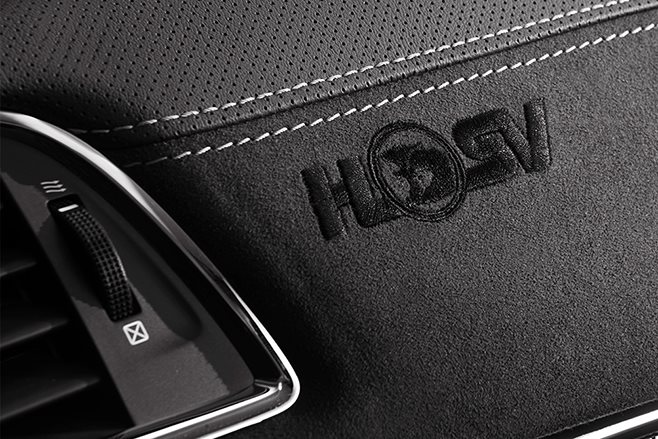 As a pleasing by-product, the LSA also makes the right noise thanks to a re-tuned version of HSV’s bi-modal stainless steel exhaust.

In previous versions, the system would produce a promising volume at low throttle and when stationary, but as soon as the car was off the mark, electronics closed off a flap which silenced the satisfying note and the only way to resurrect it was to rev the engine into the rafters.

With the 30 years tuning mods though, the louder more conspicuous note returns with only a little provocation, which is far more cosseting on the ears and kinder to the driving licence.

If you don’t want to wake the neighbours then the sport driving mode can be selected from the other choices of Performance and Track, which keeps the note in a permanent quite setting.

Unfortunately, the induction end of the engine does not add as much theatre to the soundtrack and no audible evidence of the large Roots-type supercharger can be heard. That’s a bit of a shame because the unmistakable whine of a supercharger is a classic muscle car trait.

Bolted to the back of the fizzy V8 is an automatic transmission which is filled with just six gears, which may seem a bit tame compared with some rival brands that nudge an even ten ratios, but the HSV’s canyon-wide torque curve makes good use of the widely-spaced gears.

There is no hiding the fact that the HSV is a big 1716kg bruiser but it has an agility that may surprise some. With a stiffer and lower suspension set up, (and a gentle right foot) the wide 20-inch tyres hold on with determination.

Body roll is also surprisingly absent and the Senator is obedient to steering instructions but steering feel lets the impressive dynamic ability down a notch or two and none of the three driving modes seemed to make much of a difference.

While mid corner weight is substantial and satisfying, there is little feel about the dead-ahead mark which allows the wide front tyres to grab onto imperfections in the road.

The tram-lining effect is distracting and requires more concentration to counter than we would prefer, particularly when on poorly-maintained roads.

On a more consistent surface, the Senator settles into a relaxing and quiet cruise and we were surprised at how little cabin noise is transmitted through to occupants despite the combination of massive wheels and low-profile tyres.

Above all else, the HSV’s Commodore origins are still apparent in the best possible way – when you silence the sensational engine, recline your seat a little and settle into a cruise, the Senator Signature is graceful and refined.

That ability to be a snarling maniac one minute and a passive peacekeeper the next is one of many reasons that this final run of HSVs will always stand as a monument to the way Australians used to do cars. 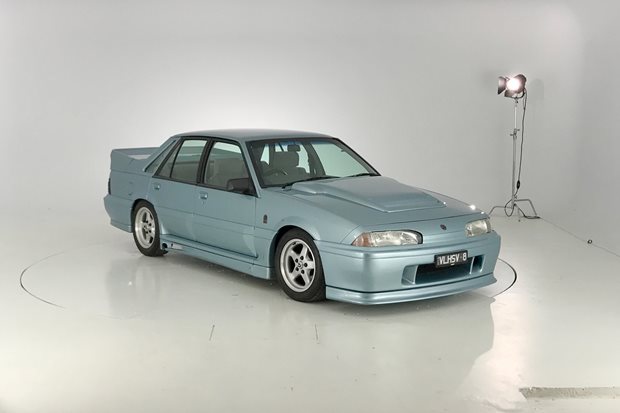 Take a tour of arguably the most recognisable Aussie muscle car of all time, three decades since its debut 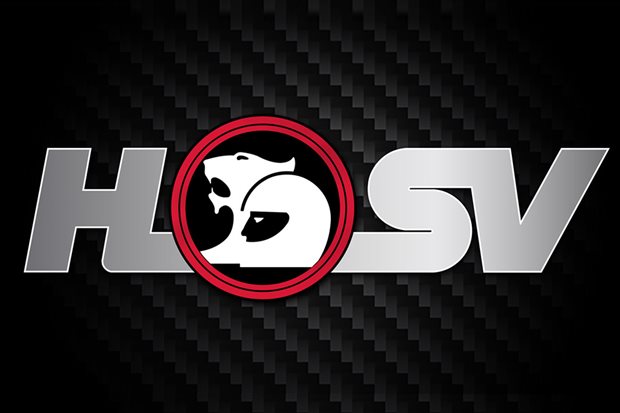 As HSV kicks off its farewell tour of rear-drive v8s, We look back at five of the HSV GTS-R W1’s most significant forebears. 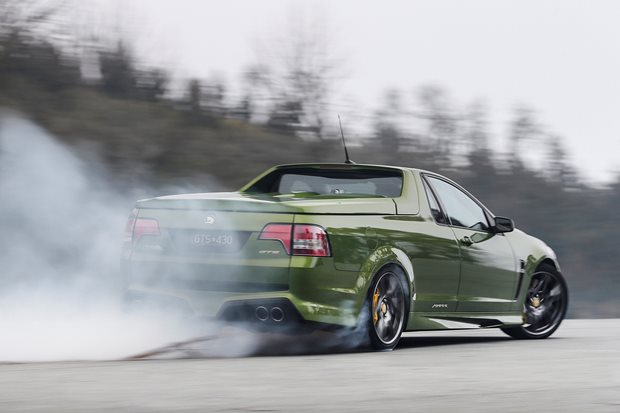 A smokey afternoon in the HSV GTS Maloo

Gallery: Revel in these gratuitous glamour shots of HSV’s tyre-destroying supercharged ute flagship doing what it does best.