Purists were up in arms when Porsche launched the then new 911 GT3 exclusively with a dual-clutch PDK automatic gearbox in 2013.

A manual 'box had been a 911 GT3 mainstay since its introduction back in 1999. Four years and countless discussions later, it’s back in the form of a newly developed six-speed manual, first seen in the 911 R. 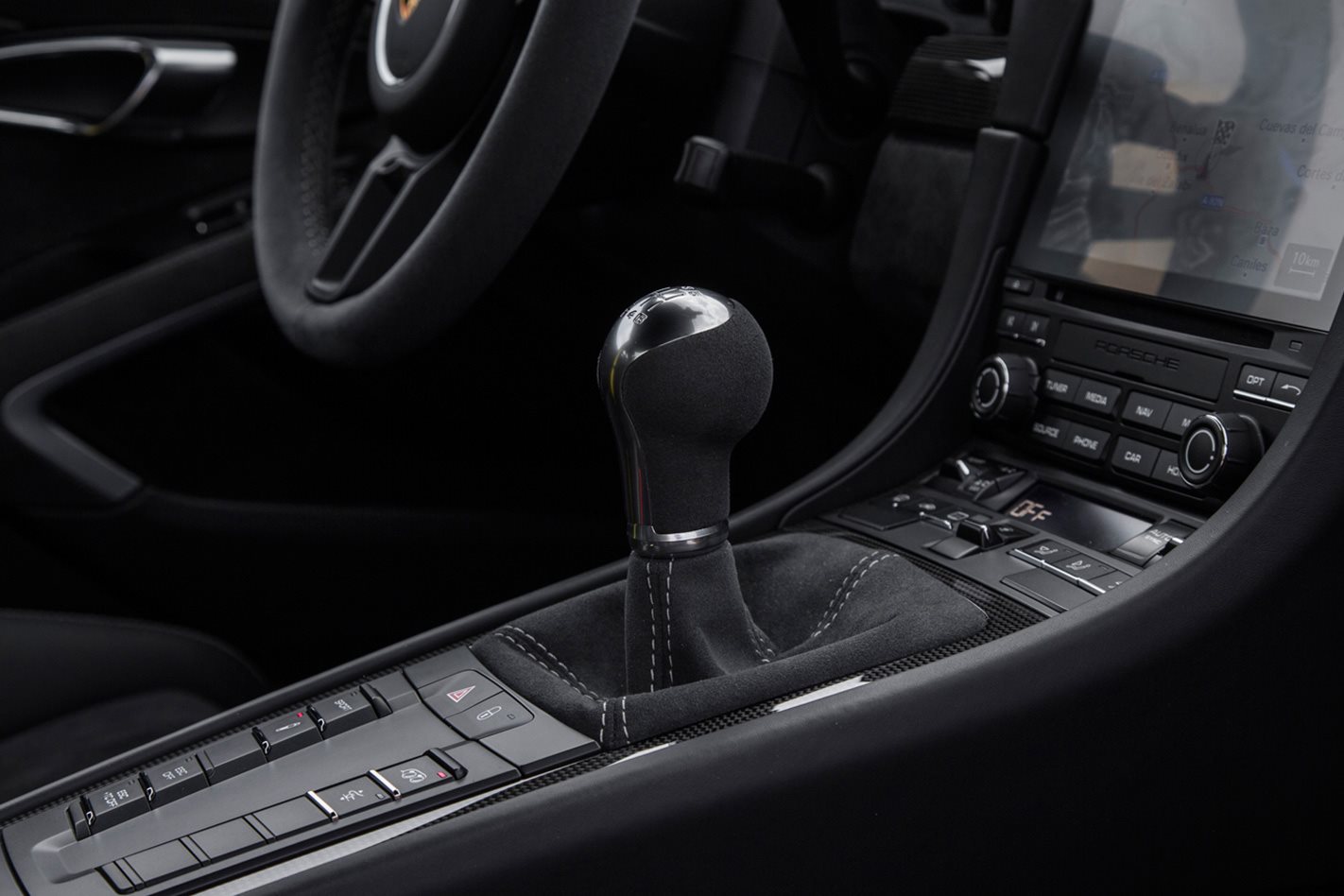 Not only does the 991.2 GT3 run the much sought after manual gearbox, but it also gets a mechanical locking differential in place of the electronically-controlled unit that comes combined with the PDK. Refreshingly traditional, then. But as we’re about to discover, it’s also all the better for it – as long as you’re not intending to hit the track too often.

The 911 GT3’s naturally-aspirated 4.0-litre version of Porsche’s classic flat six-cylinder engine is known internally under the codename 9R1.5, and is related to the same-sized unit of the 911 R. 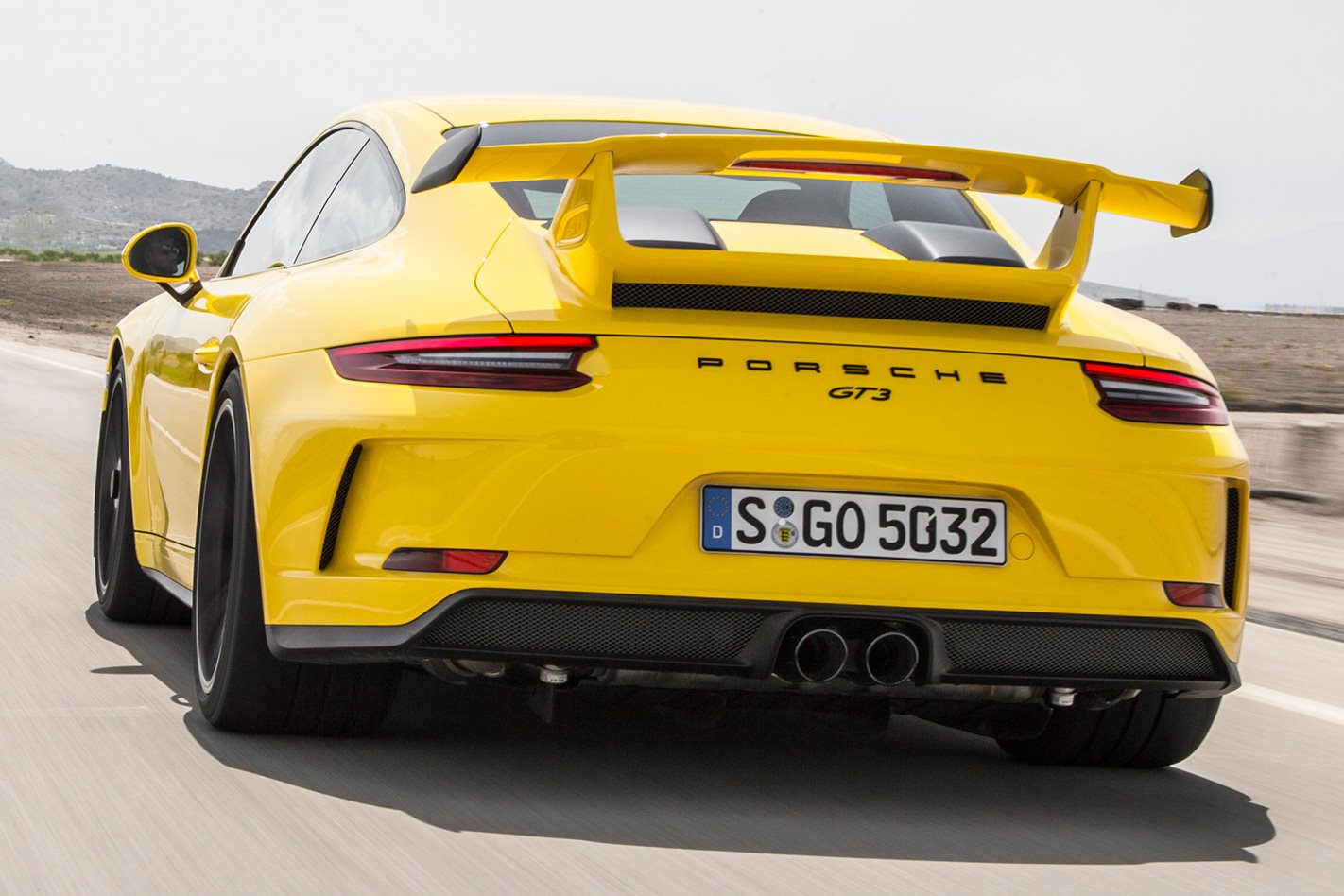 With the forged pistons, titanium connecting rods, VarioCam variable valve control system and a 200bar direct-injection system from the race engine that powered the Porsche 911 RSR to victory in this year’s 24 Hours of Daytona, it kicks out 18kW and 20Nm more than the 3.8-litre unit from the previous 911 GT3, giving this new model a total of 368kW at 8250rpm and 460Nm at 6000rpm.

Unlike 911 R, it forgoes a single-mass flywheel in favour of a dual-mass item. 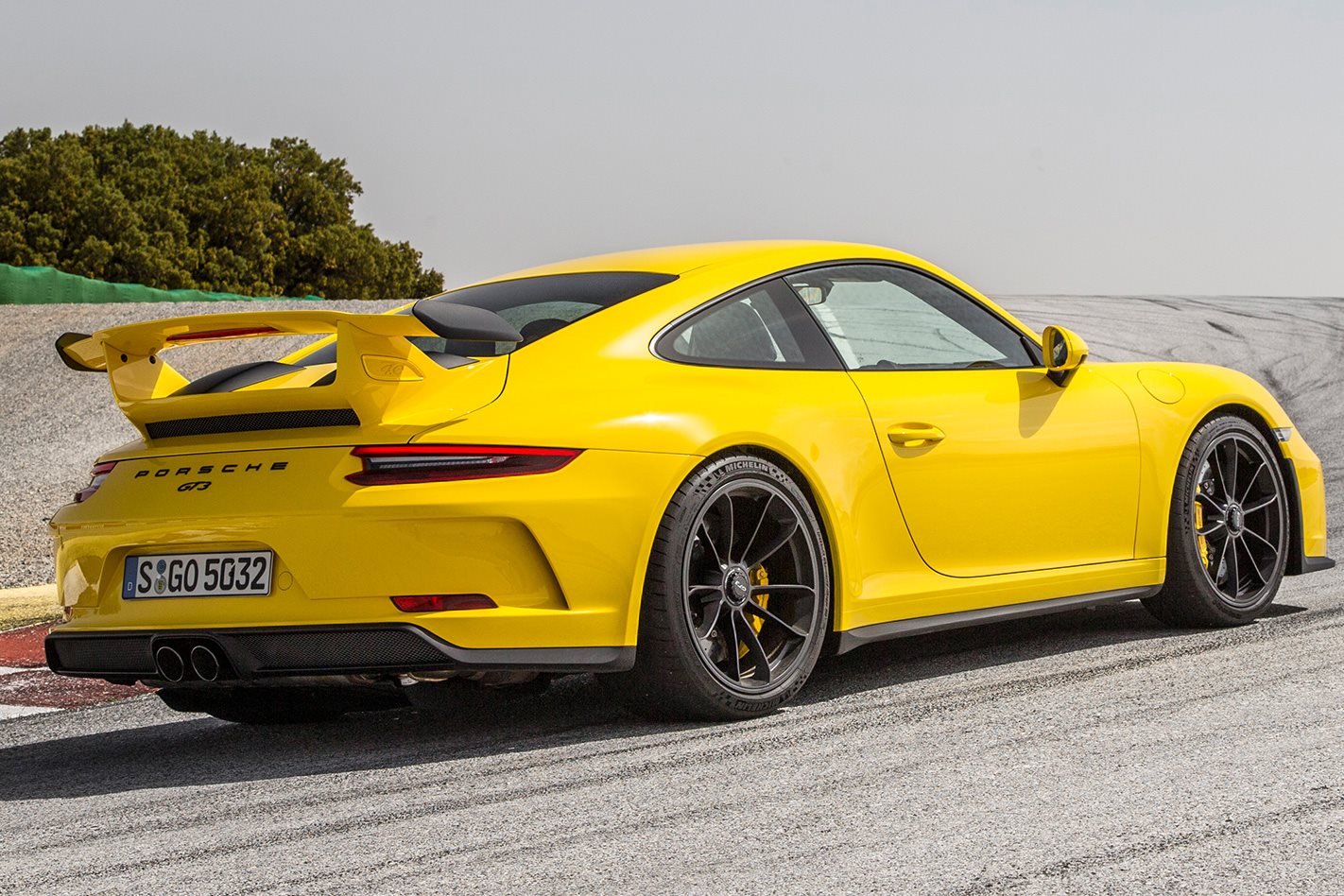 Mounted on dynamic engine mounts that stiffen as revs rise to help dampen load change, the new engine revs to a stunning 9000rpm. Porsche claims it rockets the manual version from 0-100km/h in 3.9sec, 0.5sec slower than it quotes for the new dual-clutch model, on the way to 200km/h in 11.4sec.

The new 4.0-litre engine's character is slightly different to the old 3.8-litre unit. More torque, arriving 250rpm earlier than before, contributes to greater urgency through the mid-range when you’re really on it in second, third and fourth gears. The new engine also feels more eager across the final 2000rpm. 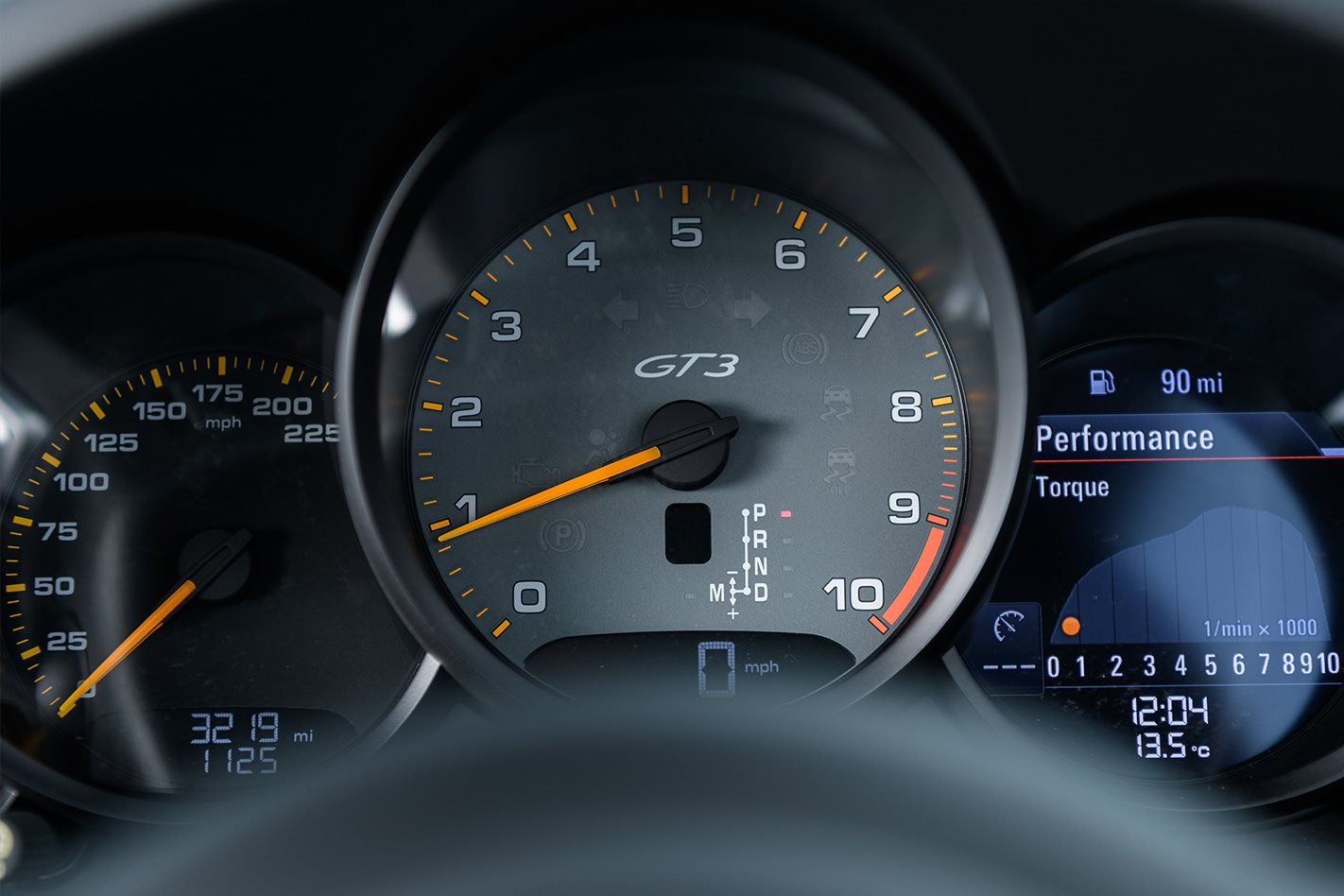 It’s not until you find a suitable stretch of road – one which allows you to wind out two gears at full throttle – that the full mind-blowing effect of the 911 GT3’s upgraded engine plays out in full. You need to be prepared.

The heady rush of acceleration followed by the frenzied flood of revs that ensues demands full attention. The final crescendo to 9000rpm scrambles your senses as the interior fills with a maddening combination of wind, engine, road, induction and exhaust noise.

First impressions of the manual 'box are extremely positive. The clutch is firm and has a very defined bite point. The gear lever, quite short, and within easy reach, has a superb action, although shifting does require some heft and determination from the driver, especially on the upshifts. 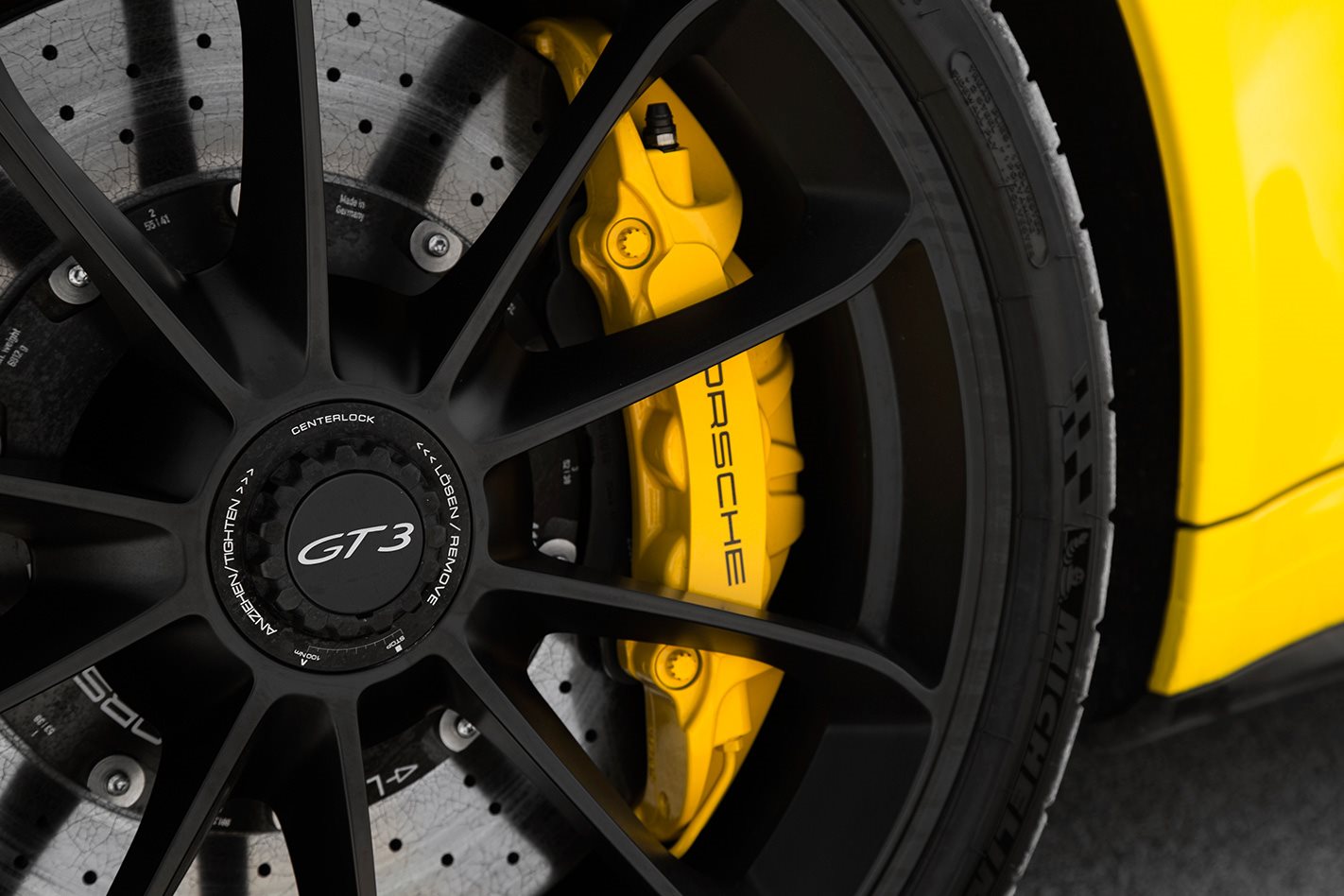 The relatively wide spacing of the ratios requires precision heel-toeing, but there’s no feeling quite like getting it right. One thing’s for sure, it is far more fulfilling than a simple flick of your finger on a steering wheel-mounted paddle.

The 911 GT3 is utterly absorbing. Where this new manual gearbox-equipped model scores is in its ability to truly involve the driver in a way the double-clutch automatic gearbox-touting model ultimately fails to achieve.

In the very best of Porsche traditions, it communicates with very clear and precise lines of engagement, challenging the driver to dig deep into its wonderfully potent seam of performance. 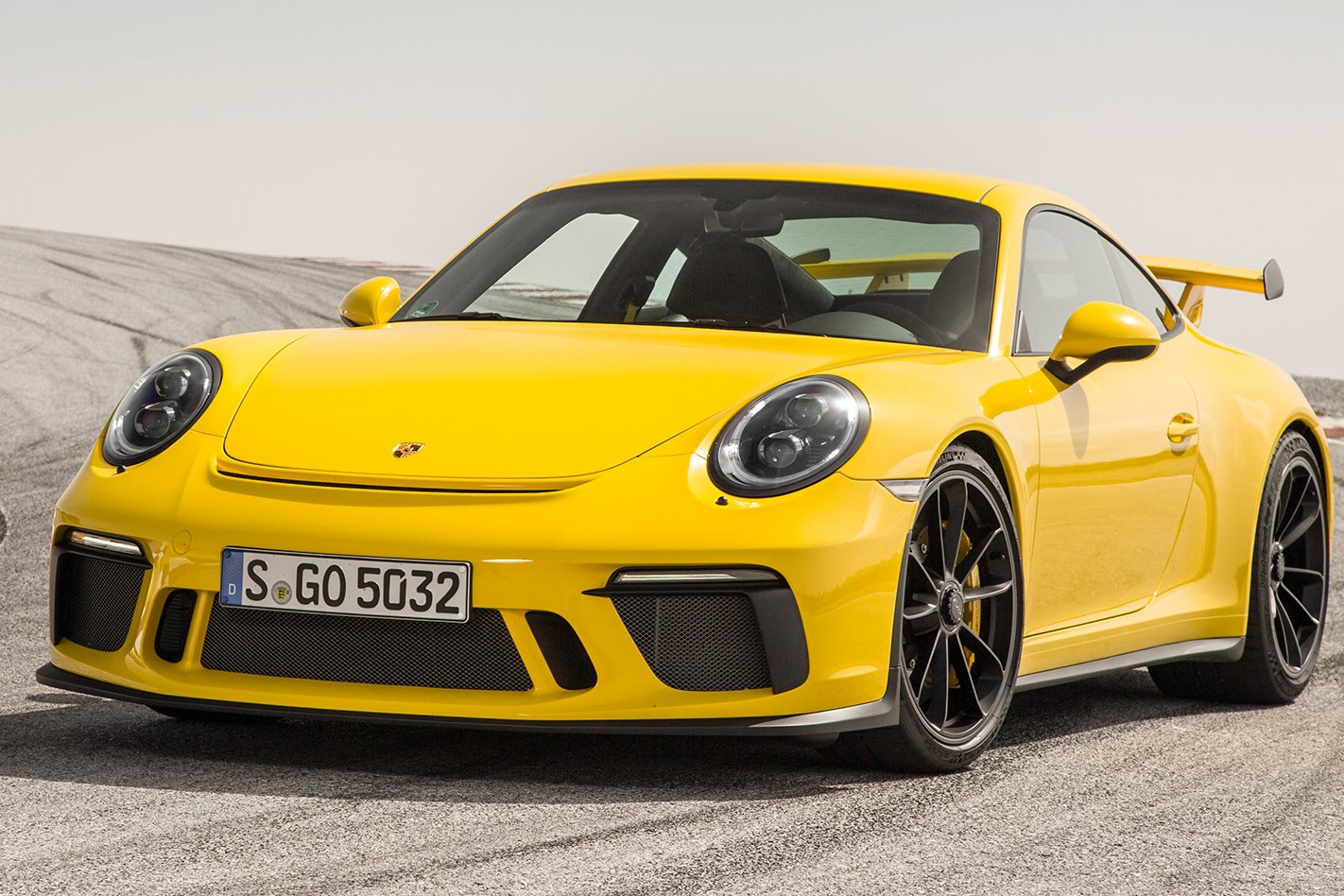 When you do, it rises to the occasion with great distinction, rewarding the driver with one of the richest and most fulfilling driving experiences you’re likely to encounter, either on public roads or on the track.

But as spectacularly good as the manual version of the new Porsche 911 GT3 is – and it really is stunningly effective – I wouldn’t recommend it to anyone who intends to do an intensive amount of track day running. Get the PDK.

The decision now faced by buyers of the latest 911 GT3 is the same one Porsche faced when it set out to develop the thing.

In ultimate performance terms, the PDK model is king. But for emotional appeal, there’s nothing like the manual version tested here. 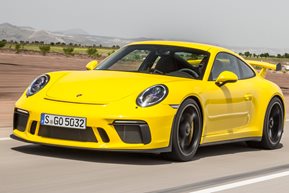