WHAT IS IT?
An all-new generation of the Ignis from Suzuki, debuting a new lightweight platform and spearheading the brand’s assault on the light SUV segment. It comes in two spec levels, GL and GLX, with a single 1.2-litre, four-cylinder, ‘Dualjet’ engine available.

WHY WE’RE TESTING IT?
The Ignis solidifies Suzuki’s place as a front-runner in the light and small car segments, and fills a gap in their line-up as the entry-level SUV. 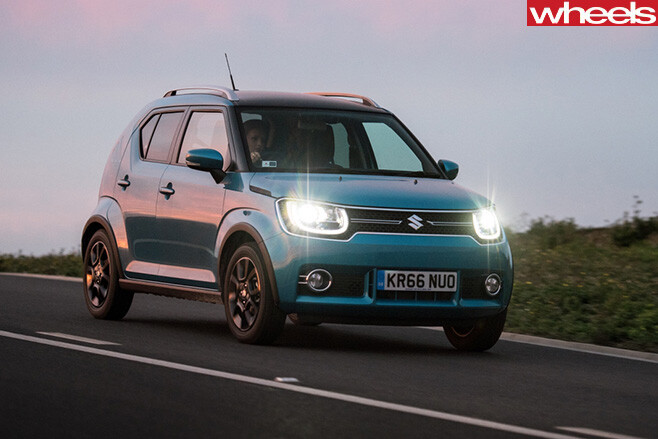 MAIN RIVALS
Holden Trax, Honda HR-V, Mazda CX-3. However, none of the Suzuki’s competitors can match it in price.

The Suzuki Ignis has charming first-impressions thanks to funky good looks on the outside and a well packaged interior. However, digging a little deeper exposes some holes in the light SUVs façade where Suzuki hasn’t quite been able to connect the dots. 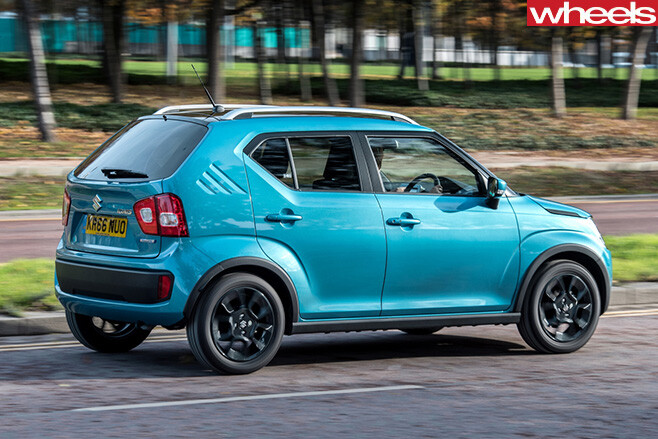 THE WHEELS REVIEW
From the outside the Ignis is a charming little car. Suzuki says its styling is inspired heavily by retro models such as the original Cervo, mid-2000s Swift, and ‘90s Suzuki Vitara. The end result is a genuinely funky and cool exterior, which also extends inside the cabin. Although hard, scratchy plastics are plentiful, the design of the dash, infotainment and climate control is well done. Solid switchgear, along with a seven-inch LCD touch screen are plusses.

A relatively short drive experience means dynamic impressions are minimal. However, the car does seem to lack refinement in ride and handling. The 16-inch wheels on the GLX firm up the ride, but it certainly wouldn’t be described as harsh. Meanwhile sticky electric steering lets down the handling, and a slow rack (a whopping 3.6 turns lock-to-lock) results in the driver having to twirl the wheel extensively to take advantage of the 9.4-metre turning circle. 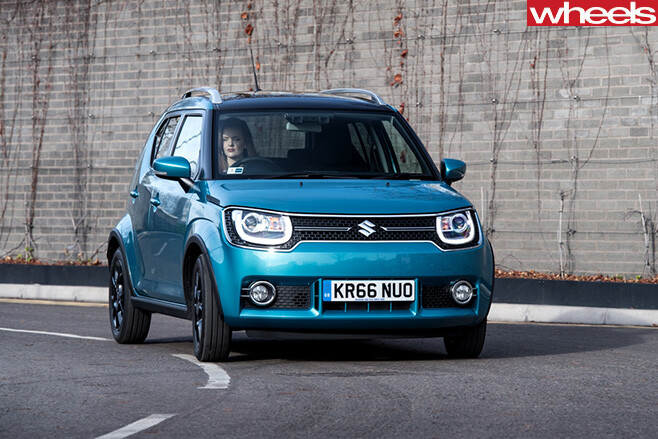 Sat-Nav, Apple Car Play and Android Auto are all standard, along with a reversing camera.

The only engine available for the 2017 Ignis is a 1.2-litre four-cylinder atmo petrol engine. It can be mated with a CVT transmission across both specs, while the five-speed manual is only available in the base-model GL. The transmission and powertrain is adequate, if a bit asthmatic. The CVT is quiet, and only drones once the throttle is planted firmly. However peak power doesn’t arrive until you’re reaching the 6,000rpm redline, and peak torque only appears once the needle is well into the top half of the tacho (4,400rpm).

The throttle can also drag in traffic, and it can be difficult to modulate to prevent the transmission wailing as it searches for a ratio. This means the Ignis is a tad lazy off the line, and requires planning for execute highway-speed overtaking manoeuvres. 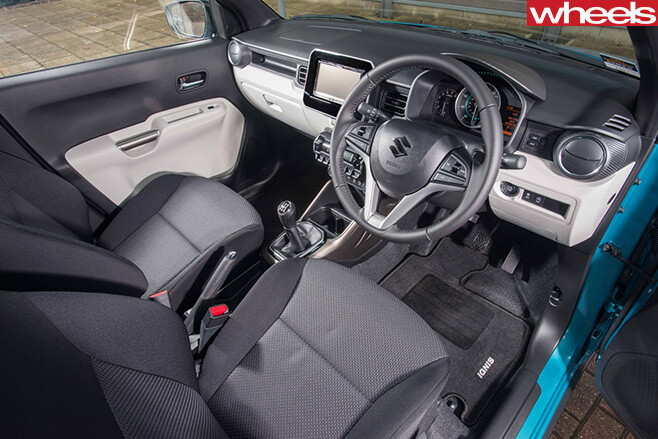 The 1.0-litre three-cylinder turbo Boosterjet engine would be a perfect fit for the Ignis, however the project’s head of design, Takehito Arai, told Wheels the powerplant would require too much work to fit into the Ignis platform.

The Ignis has ventilated brake discs at the front, and drum brakes at the rear across all models. While not forceful, the set-up is capable of hauling the Ignis to a halt with decent haste.

This is in part thanks to the all-new platform that debuts internationally in the Ignis. Used domestically in Japan for small A-segment cars previously, the new platform results in the GLX only tipping the scales at a svelte 865-kg. Suzuki market the Ignis as an SUV, however this is more thanks to its (slightly) elevated ride-height than any people-carrying or off-roading capabilities. The Ignis has a ground clearance of 180mm, which results in a higher hip-point and eye-point compared to its hatchback siblings, the Swift and Baleno.

Overall the Ignis is a funky car with an incredibly well-packaged interior, generous standard equipment and competitive price points. However, it fails to excite dynamically, and the lack of a 1.0-litre three-cylinder turbo engine is a missed opportunity.