The sole Toyota sports car gets a facelift

Tips of fingers pointed downwards, back of the palm tilted upwards and wrist flicking slightly sideways – engineers of the Toyota 86 understand the language of driving.

Sidestepping a combination of our non-existent Japanese and their broken English, in the pits of Fuji Speedway’s short circuit we talk cornering attitudes with hand movements and there are nods of agreement all-’round.

Without a detailed PowerPoint presentation – surprisingly for Toyota – before track-lapping both old 86 and new 86 under Japan’s sweltering summer heat, it’s left to trackside engineers to expand on the four years of development work since the coupe’s 2012 debut.

Our rising palm is meant to indicate the perceived extra rear roll of the new car when arriving hot into a corner. Cue the rise and fall of craniums, then an explanation. 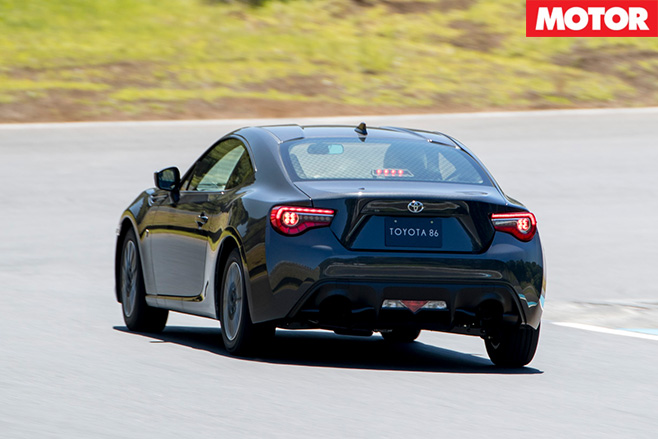 As it turns out, rear spring rates for the MY17 86 have been backed off by 15 per cent, while the new dampers are slower to compress and rebound – a point engineer Kazuya Ishioroshi makes by stretching his thumb and index finger further apart then bringing the digits ever more slowly together. Front spring rates increase by 10 per cent.

The first facelift of this beacon of rear-wheel drive accessibility is simply softer than before. Already criticised by keyboard warriors for having been given a mere five extra kilowatts when Toyota should obviously have stuck a bloody turbo on the thing, it now appears the latest model is cushier as well. The Internet, do your worst.

Leaving pit lane in the old 86 – a metallic orange flagship GTS – the 2.0-litre boxer four-cylinder still sings with a sweet single-pitch blare as revs crest towards its 7800rpm cut-out and the six-speed manual falls slickly to hand nestled within a deep, low driving position.

It doesn’t take long to be reminded of the 86’s crude Sport mode stability control, which allows some throttle-steer and sideways action but curtails movements with abrupt and seemingly random bites of the brakes. 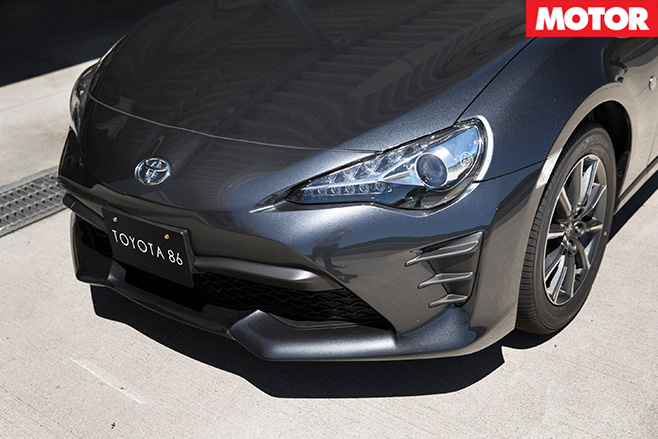 Yet the reborn ‘Hachi-roku’ demands commitment to balance its slinky two-door shape, at least on a circuit. The front pushes into understeer at fast pace and the rear feels inert unless, in either case, deep and decisive throttle is actioned.

The new 86 GTS wears the same 215mm-wide 40-aspect 17-inch Michelin Primacy HP shoes as the old one, but inside the steering wheel is smaller (though thankfully the tight, slick steering is unchanged) and it adds audio and trip computer buttons for the first time. The latter set control fresh lap timing, G-force and even power and torque graph functions on the new 4.1-inch TFT screen fitted within the instrument cluster.

A Ferrari-esque red-hue cast aluminium intake manifold replaces the previous plastic unit that is retained in six-speed automatic models. Apparently the manuals are a fraction louder than before, but teaming the upgraded FA20 engine – which also gets redesigned pistons – with the auto ran afoul of drive-by noise regulations. 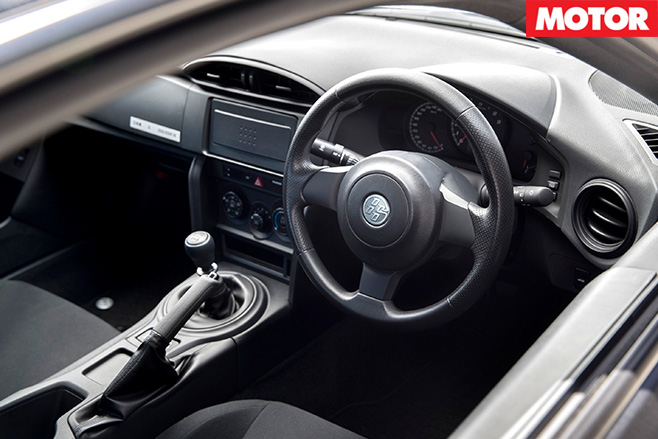 For the most part, the changes are designed to improve low- and mid-range driveability, which, as with any validation of the claimed improved ride quality, our track-trash revealed nought. The 86 still feels brisk, not fast, and is happiest belting towards its top end. A new Track mode stability control replaces the previous Sport and the chequered flag button on the lower dashboard gets thumbed pretty much immediately.

When the front-end bites into the first uphill left-hander, the so-required decisive throttle is applied and the new GTS quickly requires a quarter-turn of opposite lock, with the barest electronic intrusion and without any staccato graunching of discs.

As the top of second runs into third for the higher-speed S-bend that follows, less steering lock is required as the 86 finds a new tippy-toes disposition. The rear passively helps the nose point yet there is nothing soggy about the coupe’s body movements and the Track mode continues to let the suspension breathe without intrusion.

Back in the pits there are clenched fists as Ishioroshi-san attempts to explain the increased body rigidity of this latest model, which was key to allowing the softening of suspension without losing control. 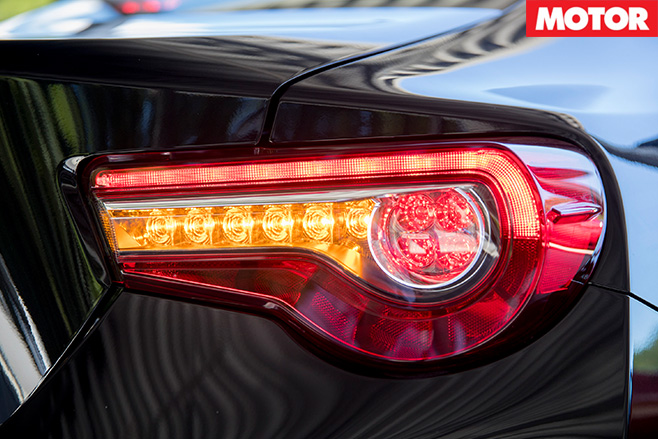 The number of spot welds in the C-pillar increases by 40 per cent, under bonnet bracing increases in thickness by 50 per cent and there are new, twice-as-strong rear suspension mounting plates.

There is no percentage improvement in torsional rigidity claimed, but the body-strength benchmark was the GT86 CS-V3 racecar that in 2013 won its class in the Nürburgring 24 Hours. That production-car-based model also had no turbocharger, Internet.

Kerb weights aren’t yet provided, but Ishioroshi-san admits the figure will slightly rise.
Swapping into the base GT – which shares with the GTS new LED head- and tail-lights as well as the original’s alloy wheel design, but misses its lip spoiler, steering wheel controls and TFT screen – easily provides the most fun of the day.

The more pliant suspension teamed with the reduced grip of the 205mm-wide 55-aspect 16-inch Yokohama dB Decibel rubber make for a riotous dorifto combination, even, perhaps surprisingly, with the optional auto. 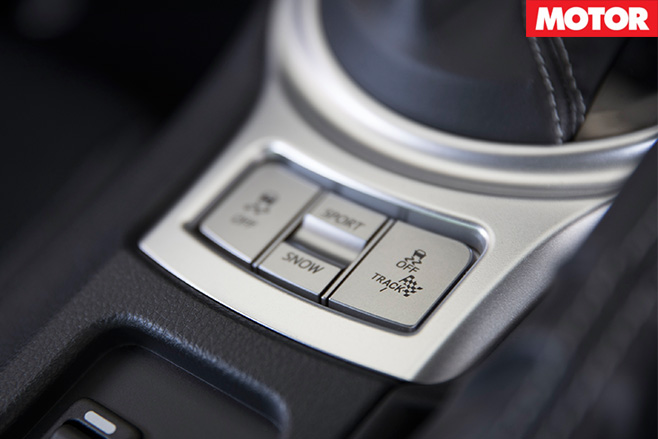 The biggest difference occurs when approaching the first tight uphill left-hander, where enough speed needs to be wiped off to allow the paddleshifter-selection of first gear in the auto because it will otherwise fall hollow in second.

The manual – also now with a shorter 4.3:1 (down from 4.1:1) final drive ratio – can slide on exit in second, although slamming the auto multiple times into its cut-out before grabbing second can be an equal joy.

The biggest issue is with Toyota’s OH&S department, which recommends the more-subtle-than-Sport stability control is reserved for racetrack usage when it is actually now a genuinely improved on-road setting with a still-obvious safety backing. 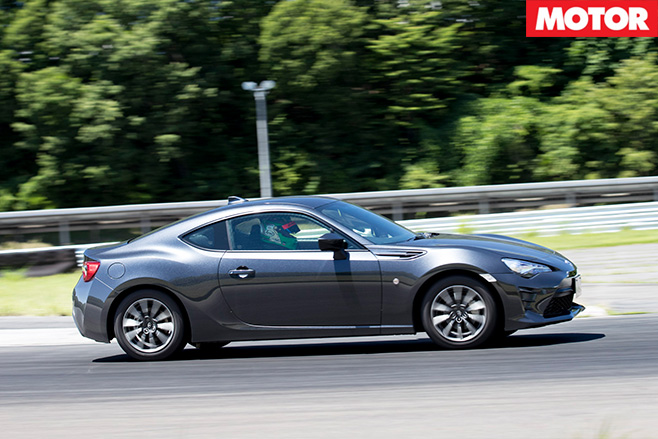 Otherwise this is an un-Toyota track debut and light-hearted engineering chat for what is still, after four years on-sale, the only rebel within what is still a very boring and pragmatic line-up.

There is also something un-86 about this latest MY17 facelift and it clicks after a few laps. The 86 now feels more like a Mazda MX-5, a car celebrated for feeling soft yet impeccably balanced, with a stability control that lets drivers slightly slide.

So we ask Ishioroshi-san one final question: has he driven an ND Miata? But of course. When the facelifted 86 arrives locally in November, hopefully today’s final hand movement – a provisional thumbs up – can turn into full-on applause when the $30K-plus foes face off. 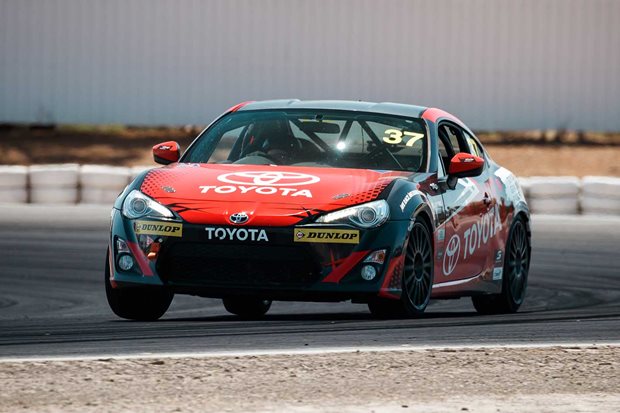 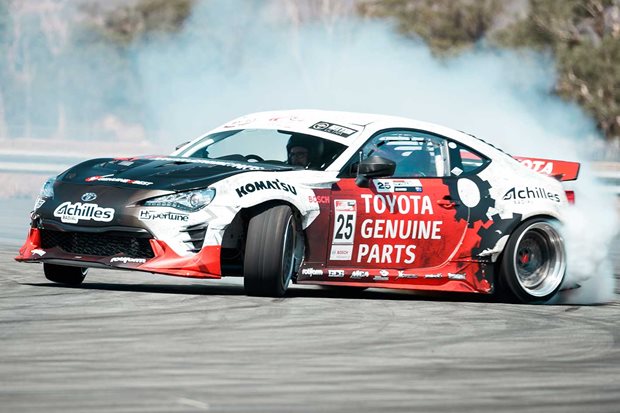 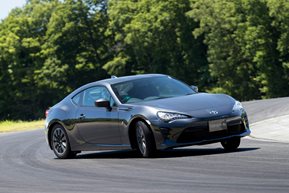