This is BMW’s smallest performance car; a five-door hot hatch with a six-cylinder heart of gold and a unique point of platform difference.

A fair question, especially as BMW has made no mechanical changes to the M140i for its 2018 update. But this is a special car – the only rear-wheel drive hatchback on the market, and probably the last – so we’ll take any chance we get to have a steer while we still can. 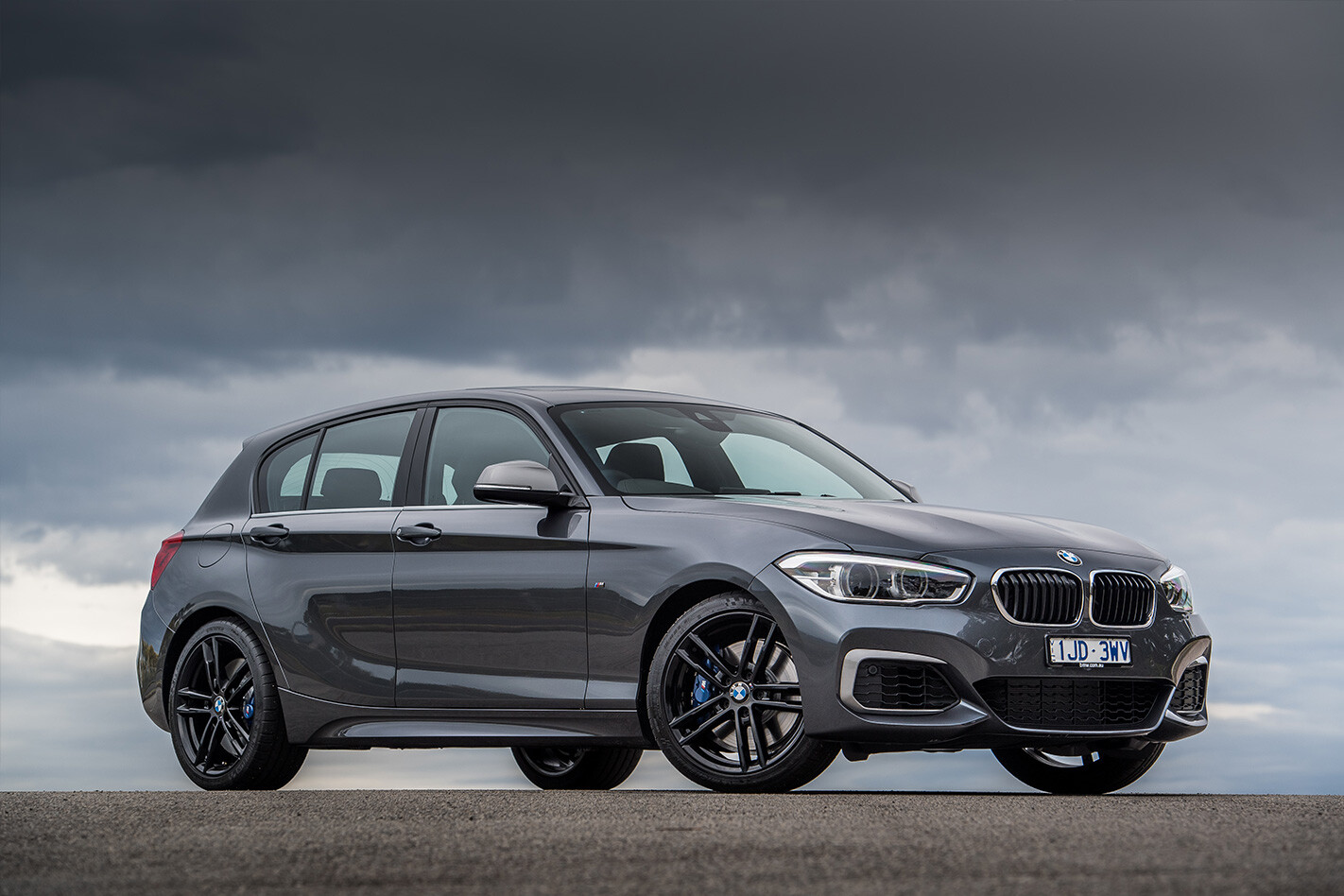 The M140i has no direct rival on spec, but the Audi S3 Sportback ($62,900) comes closest in terms of performance, prestige and price.

The BMW M140i generates smiles in ways other hot hatches can’t. After almost six years on the market (developing from the M135i of 2012) even its facelifted styling is looking long in the tooth, but delve beyond the superficial and this practical five-door balances daily driveable comfort and strong dynamic aptitude with a powertrain that deserves to be savoured in this scaled down package. 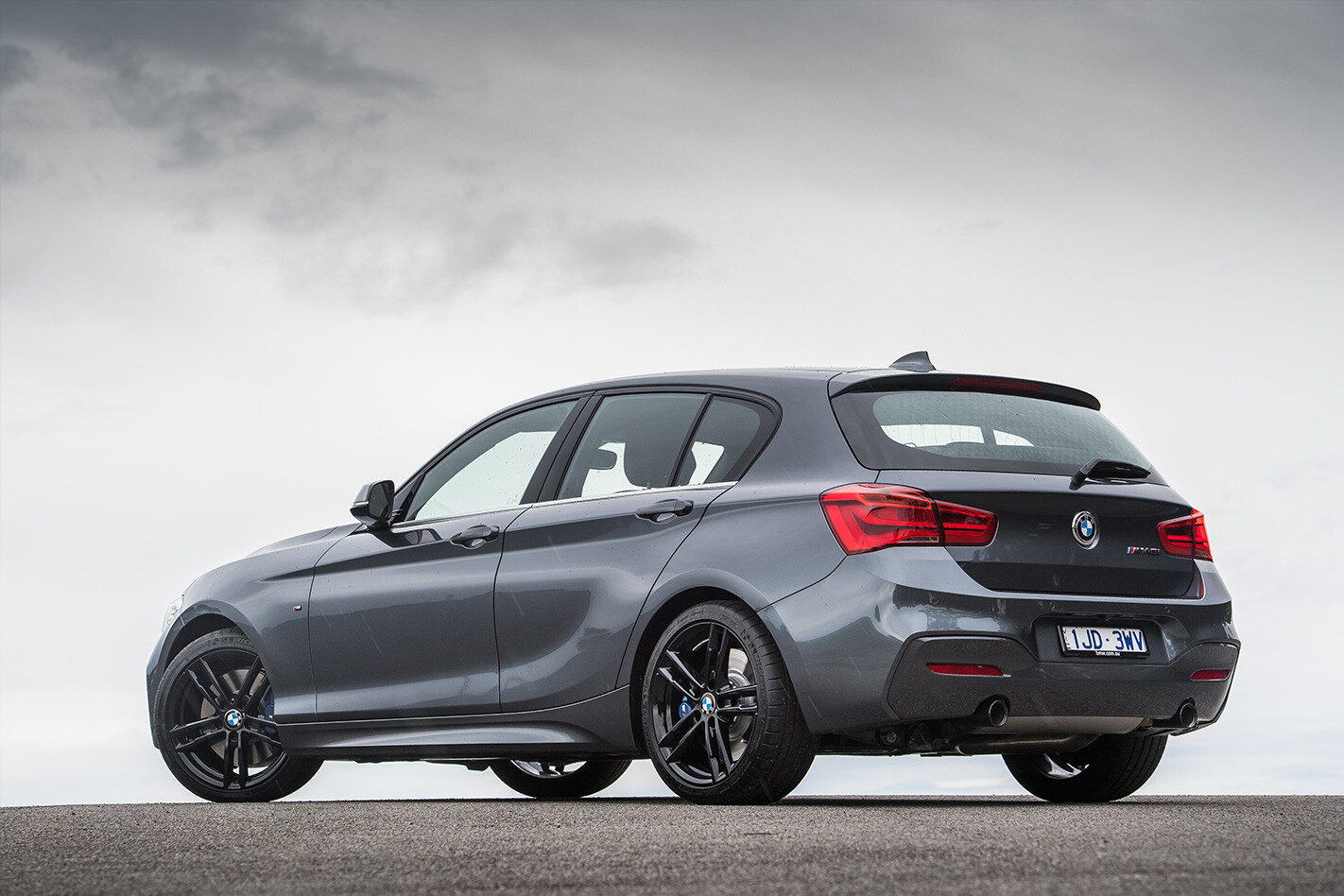 HIGH five to you, BMW, for sticking with the M140i and giving us a little longer to enjoy the only turbocharged six-cylinder and rear-wheel drive hot hatch in a segment dominated by front- and all-wheel drive five-doors with boosted four-pots.

For 2018, the second-gen 1 Series has copped a minor update that will likely be its last hurrah. Scuttlebutt suggests the next-gen (arriving 2019) will fall into line with its contemporaries by sharing transverse UKL underpinnings with the BMW X1 and 2 Series Active Tourer.

What does that mean? Rear-drive is on its way out. So now is the time to relish this petite performer’s platform purity. 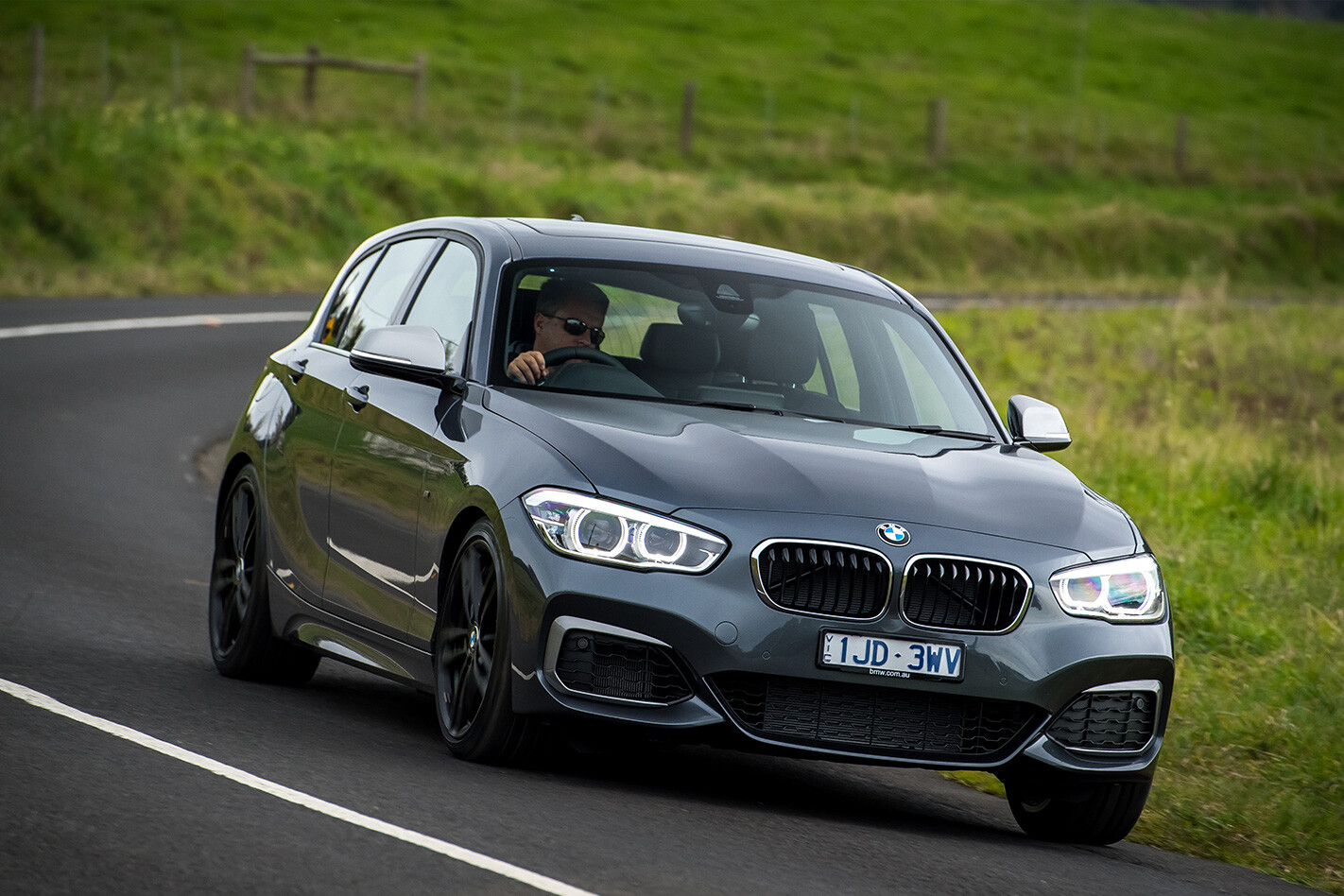 To make it easier BMW has clipped the M140i’s price point by almost $5000 to scrape in under $60K for the first time. Munich hopes to lure buyers up out of mainstream hot hatches like the VW Golf R and Renault Megane RS, and away from the Audi S3 Sportback.

Recent revisions introduce BMW’s slicker iDrive6 app-style infotainment interface and a reworked styling package for all 1 and 2 Series variants. Mechanically, the M140i is unchanged, but that’s not cause for concern.

Up front the staggeringly good B58 3.0-litre inline six remains, generating 250kW and 500Nm – more torque than the pedigree BMW M2. It pairs seamlessly with an eight-speed torque converter auto (or six-speed manual) and it’s this purring powertrain that takes centre stage in the M140i. Burly acceleration and a vast power band launch it to 100km/h in 4.6sec, crooning a velvety note right up to redline. 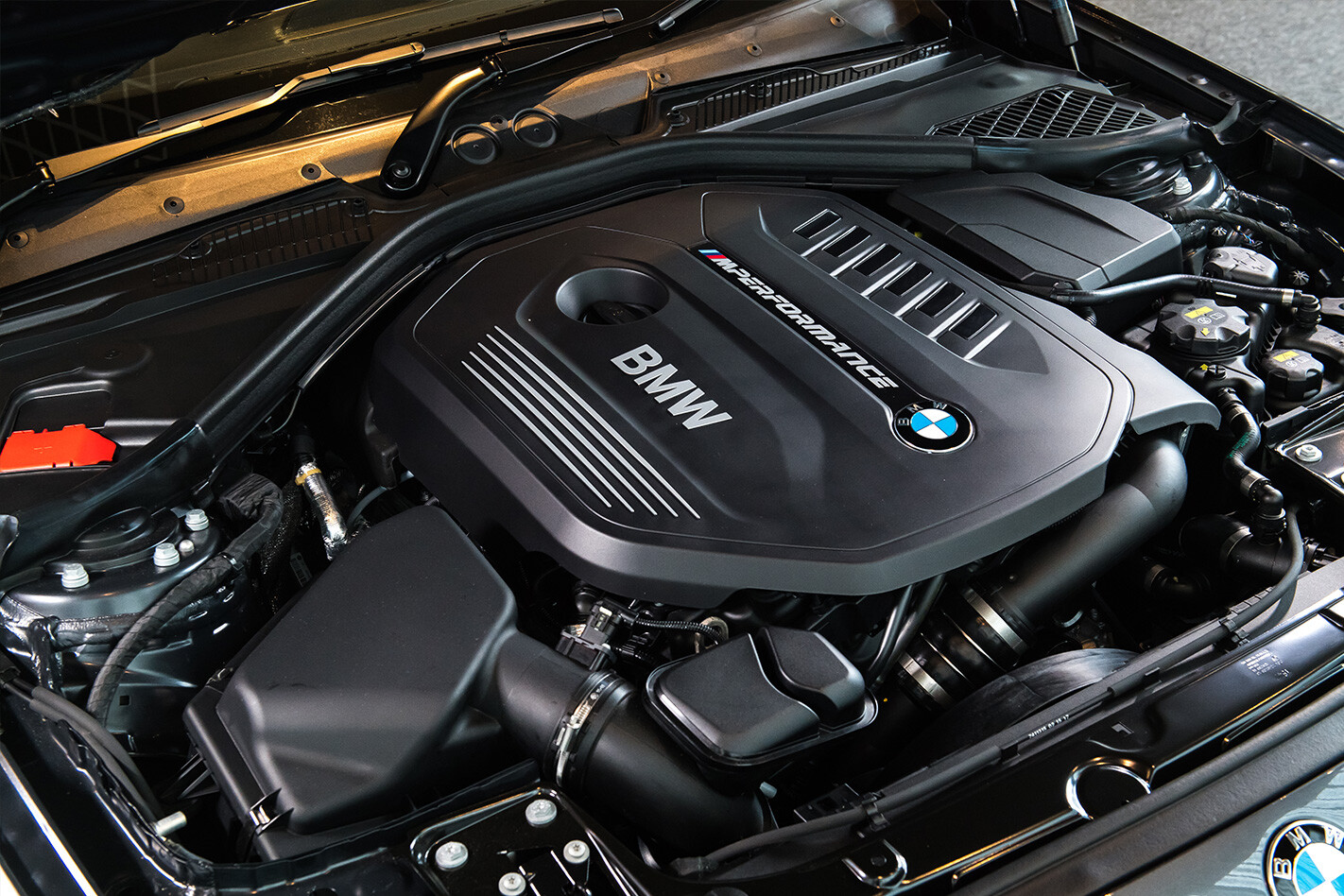 Standard adaptive dampers cope well in most conditions, though the suspension would benefit from a greater range of movement overall. As it is, with limited travel, the back-end gets skittish over rising and falling road imperfections as the rear wheels struggle for grip under heavy throttle.

That rear-driven characteristic means there’s more to manage at the limit in the M140i. It’s an extra degree of difficulty for fans of point-and-click hot hatches like the VW Golf R, but the ultimate thrills offered by the M140i are unique to it. It’s an entertaining performer with a liveable, docile side. Enjoy its point of difference while you still can. 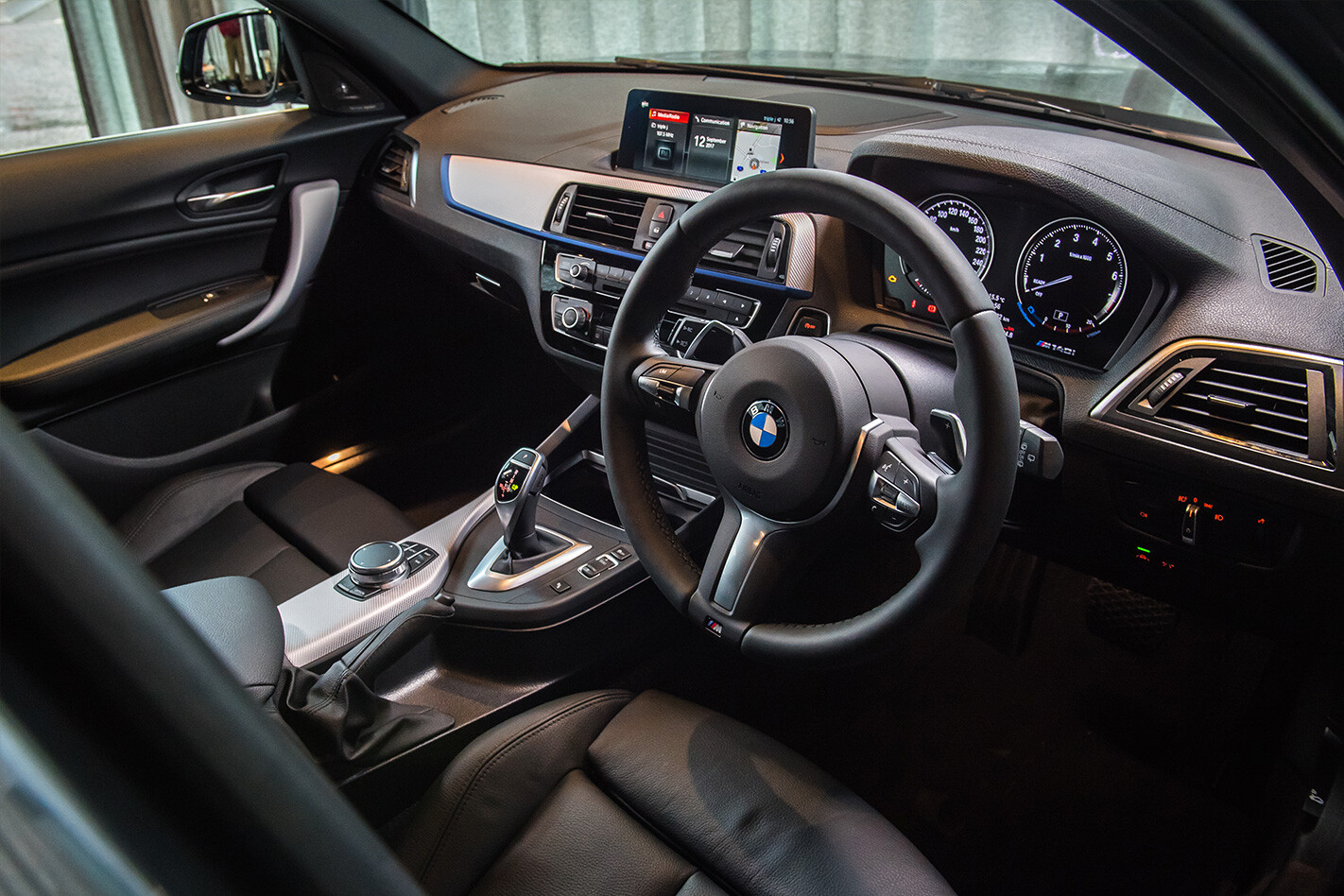