Before Biggie Smalls hit the grave he once chanted, “mo money, mo problems”. And when Mazda revealed the fourth MX-5 with a price straight out of 1989 to spark a newfound sales spike, it proved the rapper’s adage somewhat true.

However, without wanting to lose buyers who were willing to pay $50K for a more premium roadster, it also developed the RF for its latest generation: a quieter, slightly softer, hard-top MX-5 that brought a premium feel and price. 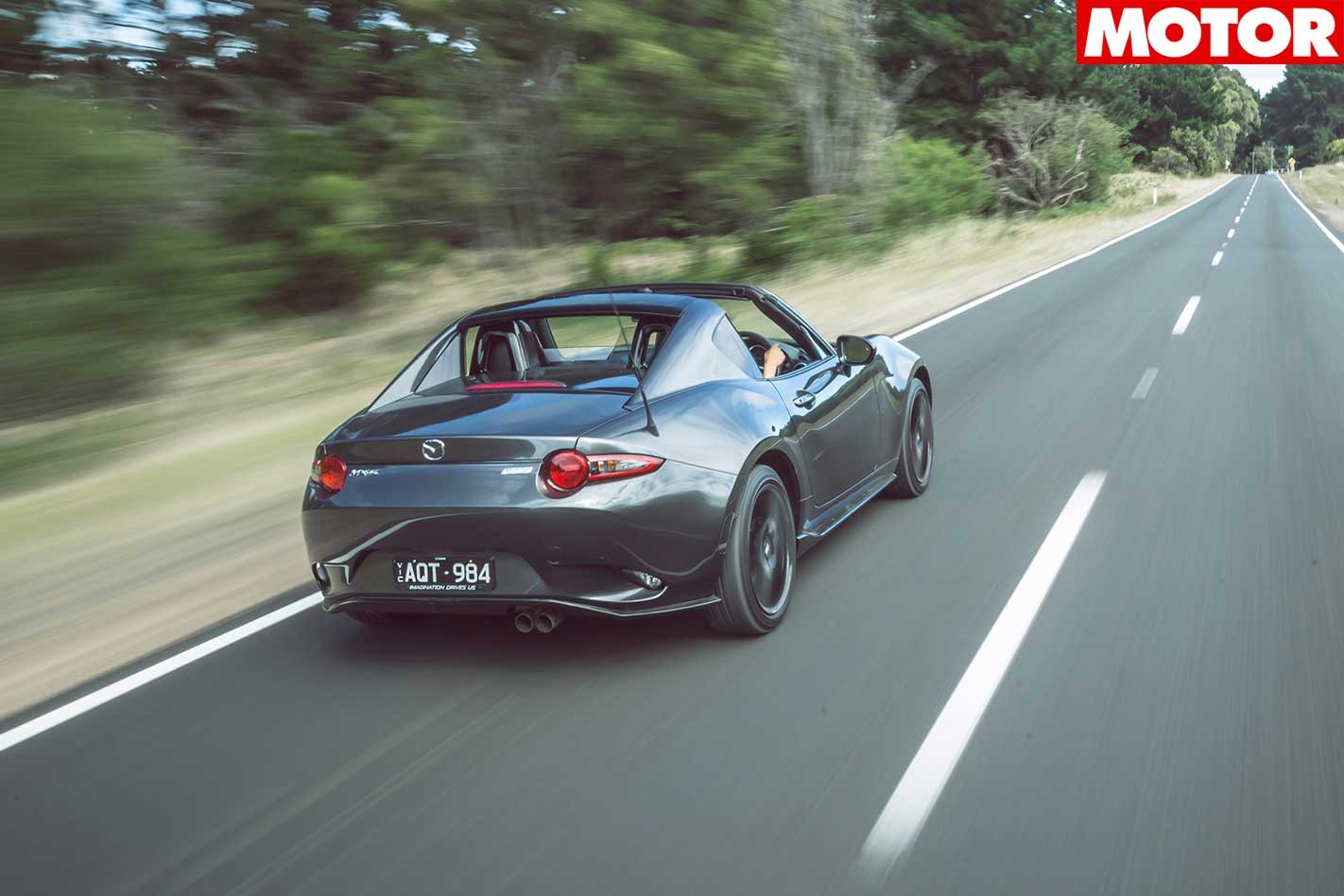 Mazda’s driven the sting even higher with a Limited Edition package, which name drops like a socialite on the red-carpet. There are BBS wheels, Brembo brakes, adjustable Recaro seats, and Bilstein shocks. All yours for $55,670 drive away. Easily $7K clear of a regular RF GT manual drive-away. Oh, a Seiko chronograph is thrown in too.

We’ve seen these tasty bits installed on regular MX-5s overseas, but Mazda Australia’s dipping its toes in with 110 absolute top-of-the-line examples. They represent the biggest upgrade to the mite-fighter since the 2.0-litre arrived, the sole powertrain offered here with 118kW and 200Nm at its disposal from a six-speed manual. 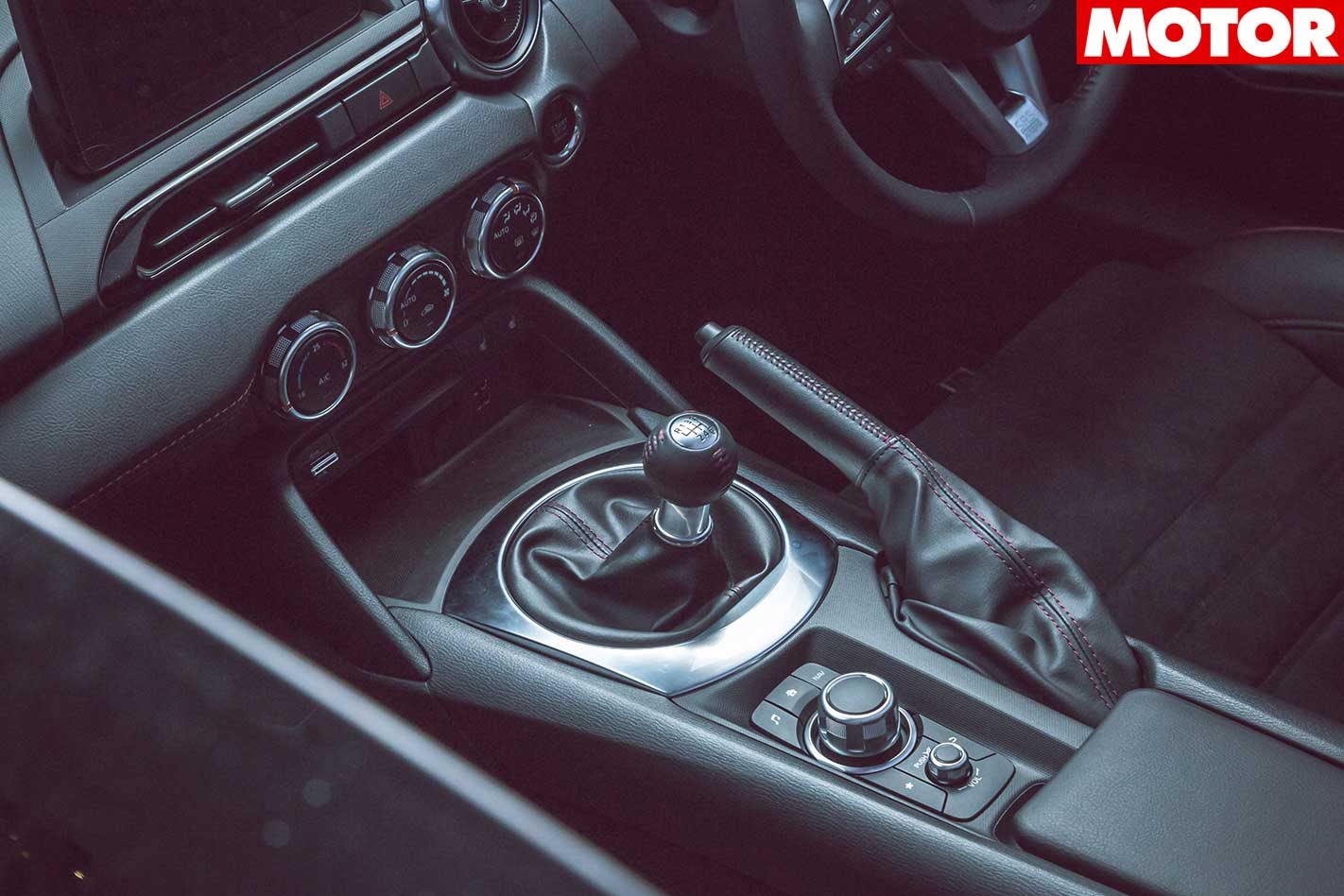 It’s a knock-out looking thing, with the Mazda’s optional Kuroi bodykit helping those 17-inch BBS rollers give the RF’s taut surfaces more presence and flair. Meanwhile, those front four-pot Brembos are finished in red, along with the rear sliding-items.

Flair’s exactly what you’ll find inside too. The adjustable Recaros don’t disappoint. Their chunky look brings amazing comfort and support (big blokes might struggle, though), helping you feel settled in the roadster compared to the flat standard seats. 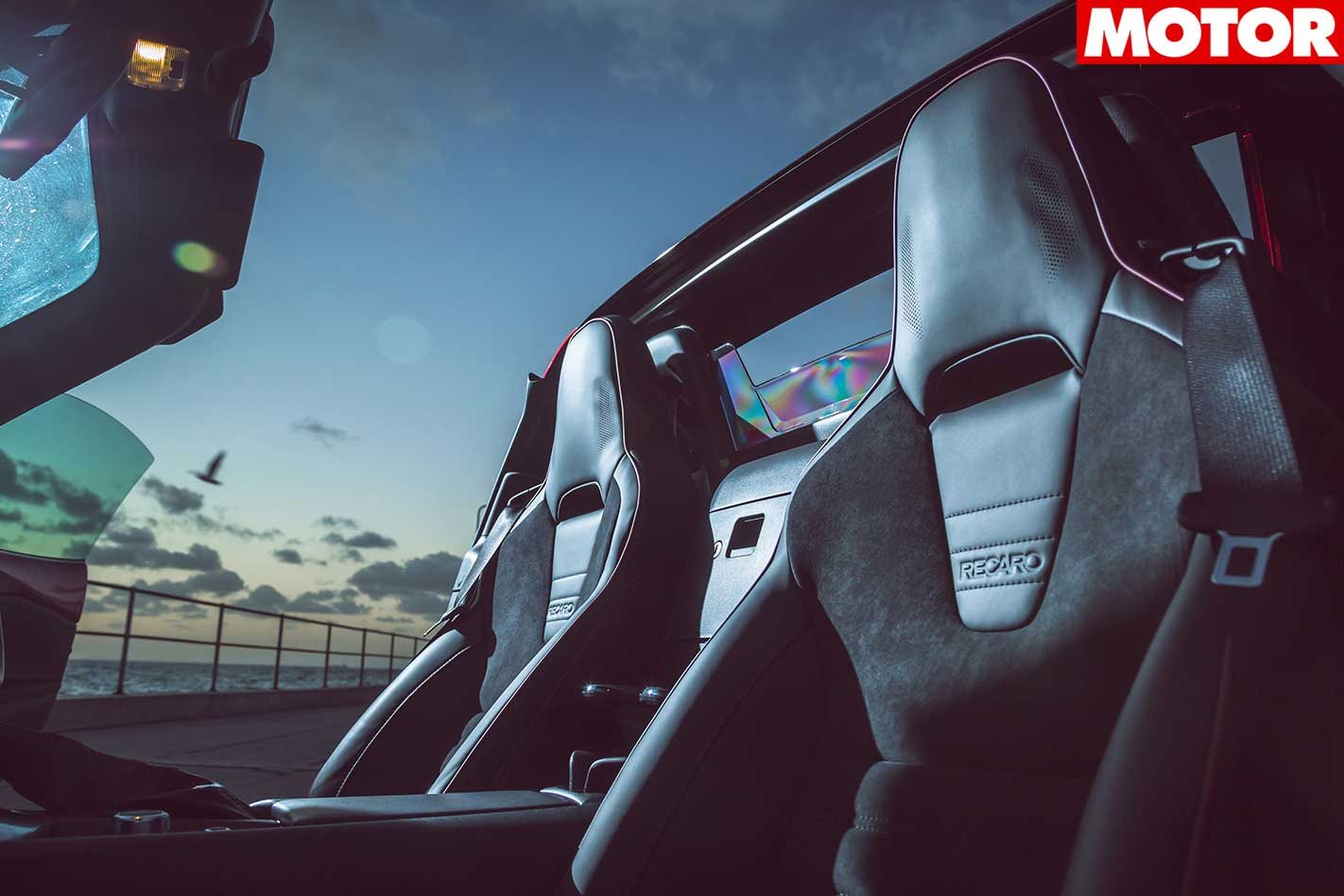 But don’t expect more g-forces. Despite uniquely tuned Bilstein dampers installed, and a custom strut brace in the bay, the RF LE doesn’t extract more grip from carried over 205mm-wide Bridgestone S001s than the standard car.

In fact, the driving experience hasn’t much changed at all. There’s a touch more of everything – turn in, grip, response – to eight tenths, to help the RF handle more like its lighter, lower centre-of-gravity soft top sibling. The Brembos also give the middle pedal a more secure feel, and add more control to its progression. 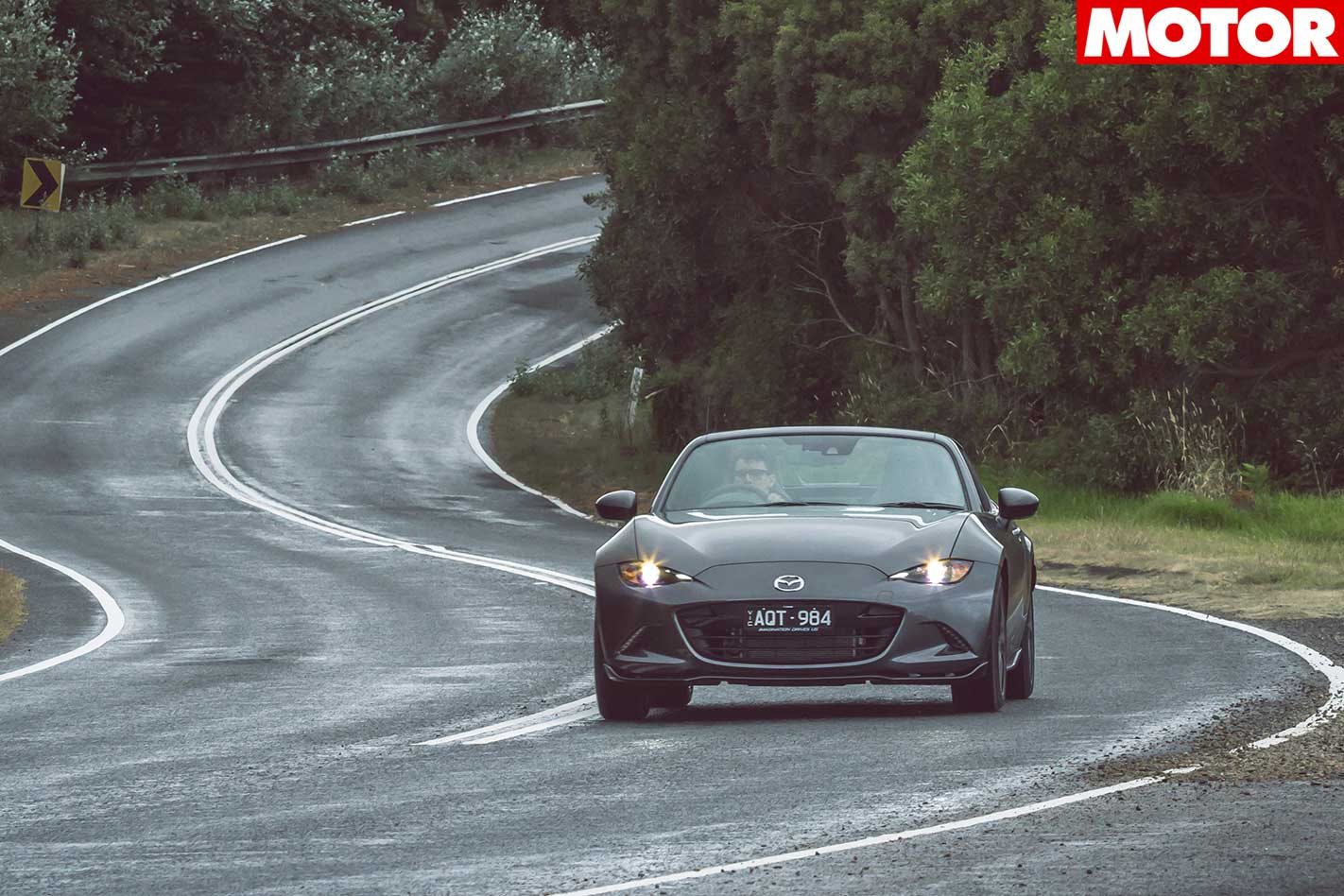 But push on and the LE still leans like a speed skater in corners while the added brake power still pitches it forward. Try hustle the LE ham-fistedly and the MX-5’s soft setup will amplify your mistakes, as always, while the RF’s sterner ESP tune hasn’t been loosened to suggest that the car’s up to the ten-tenths stuff.

Steady the whip and the MX-5’s handling nous rises to the surface. Clear, crisp steering commands one of the most agile chassis on sale. And with a spread of grip no bigger than a mobility scooter’s, the RF LE feels like it could thread through a needle, as long as there’s an equal spread of weight on those Bridgestones. 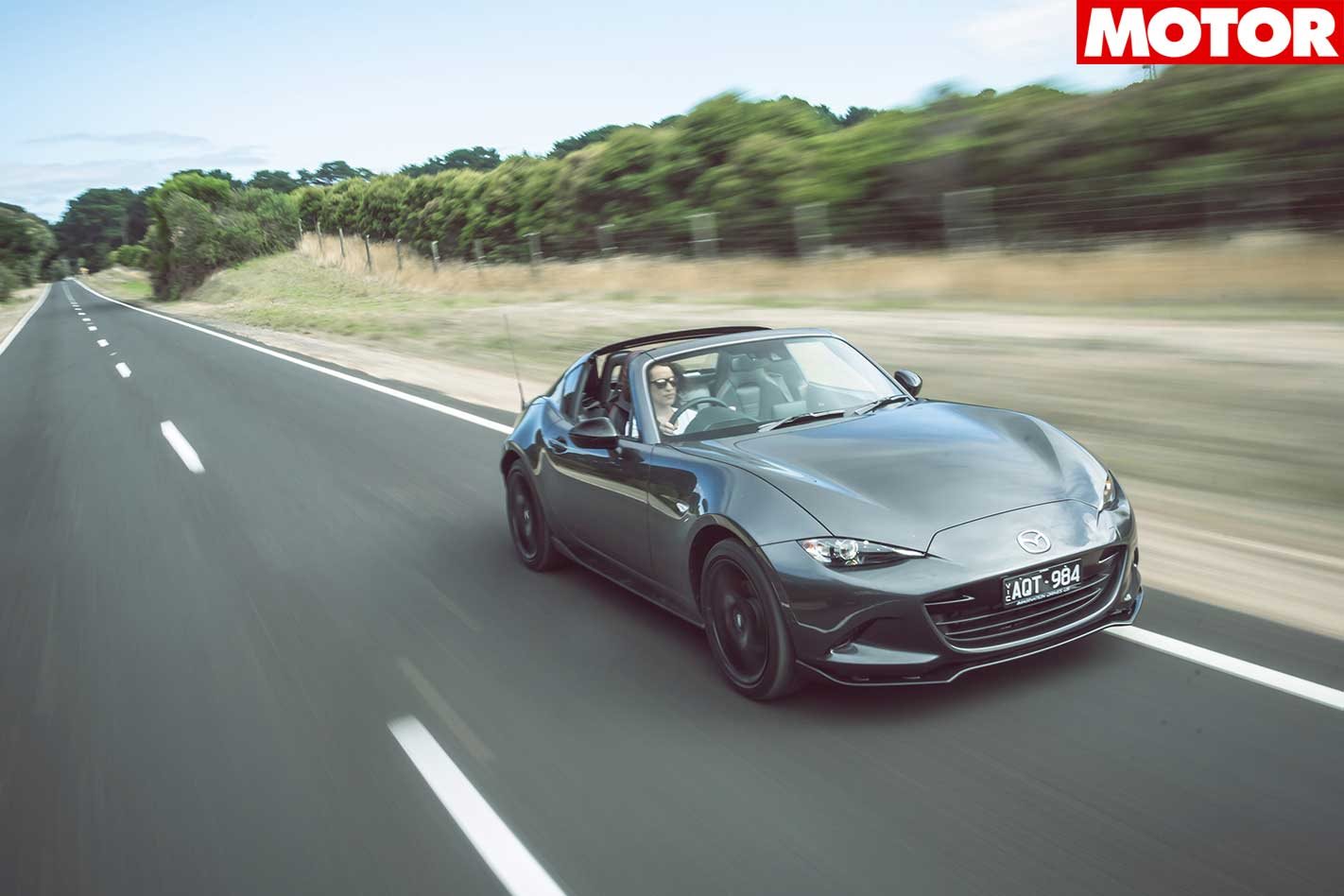 That drivetrain, too, is an amazing thing to use, with slick shifts and a zingy powerband that rips to a 6000rpm power peak making for a fantastic experience. There’s plenty of torque, too, with the 2.0-litre more than capable of pushing two blokes uphill from low revs in fourth cog.

For us, the RF GT Limited Edition will satisfy those who don’t want to compromise on a single thing when it comes to their MX-5. But don’t expect a marked transformation. For $7K more than the non-LE variant, you get more looks than performance.

We’ll have to wait and see if Mazda offer this package on a soft-top 2.0-litre in the future to reveal both the car’s and parts’ true potential. 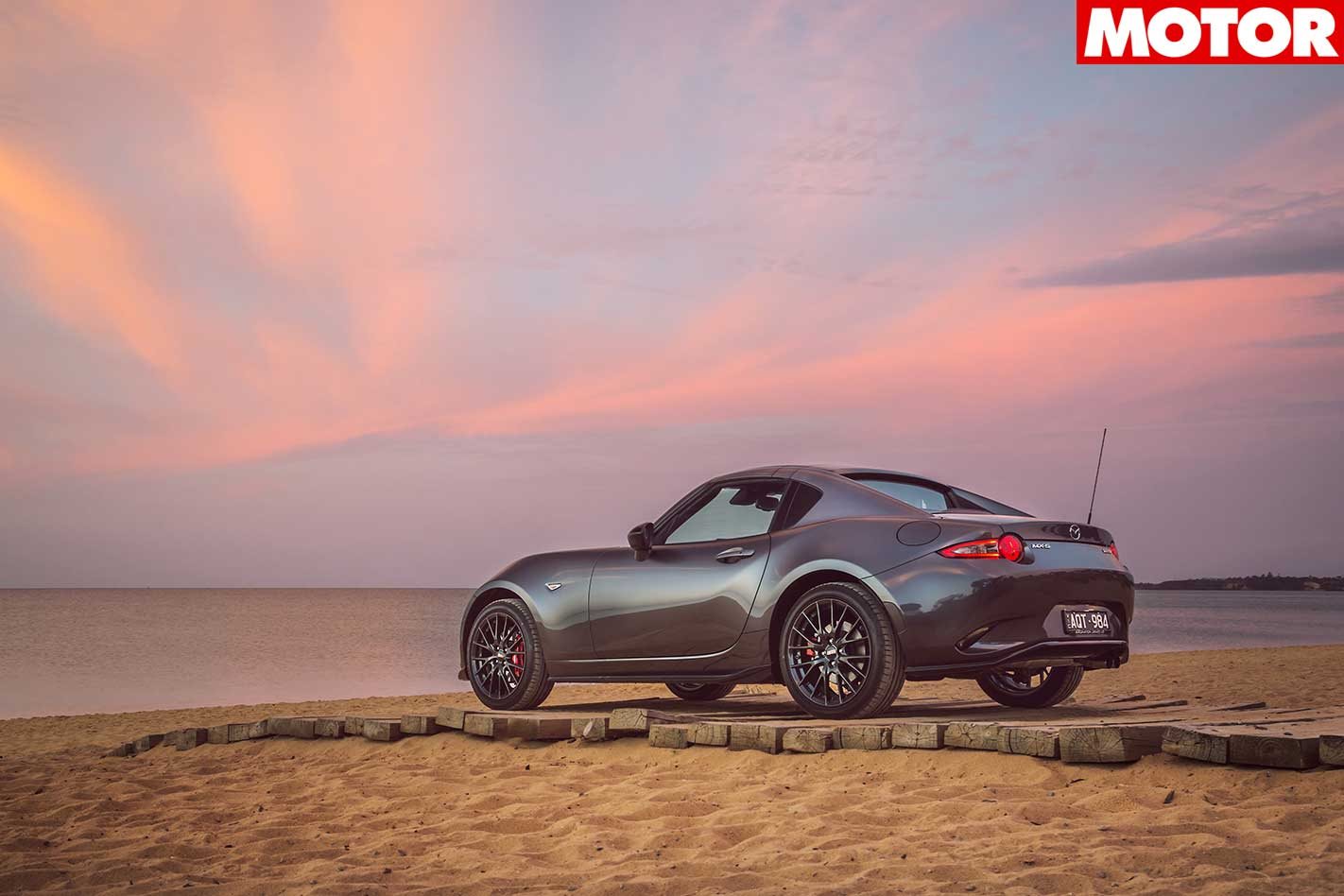 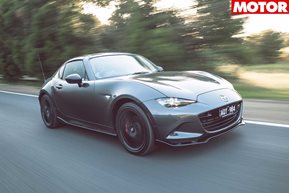