IF YOU weren't looking for it, Porsche's 911 GT3 Touring is pretty hard to pick from the comparatively commonplace Carrera. There's no huge rear wing, no race emigre roll cage and no carbonfibre on the dashboard.

Our test car, finished in black with low-key chrome window accents looks purposeful but here on German roads, it blends in quite discreetly. Of course, those in the know will clock its centre-lock alloys, its broad hips and its GT3-specific front and rear valances. That and the tiny badge that sits on the mesh engine cover. 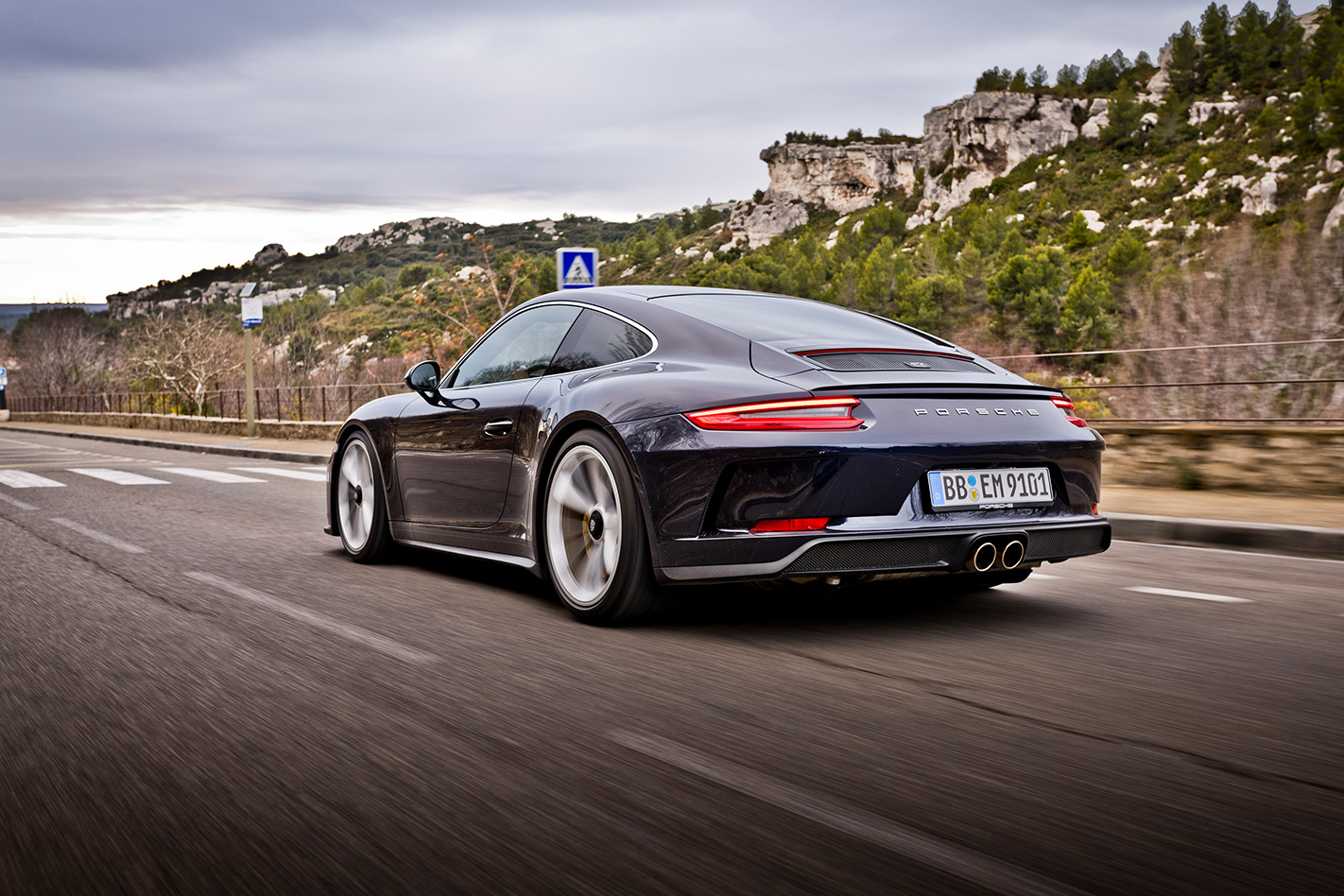 Cast a glimpse over your shoulder after parking it and clock the stance. It's a full 44mm wider at the wheel arches and an additional 25mm lower than a stock Carrera.

So who represents the market for stealthy 911s? A couple of years ago, Porsche introduced the limited-run Porsche 911 R, reintroducing the manual gearbox that the GT3 had ditched and offering a low-key look. Speculators went berserk and anyone who was lucky enough to get their hands on one of the 991-unit production run of 911 Rs was able to flip their car for a $600K mark-up.

Porsche takes a dim view of this sort of thing and it's unlikely that anybody who scalped a quick profit on a 911R would be accepted onto the waiting list for other premium models where demand outstrips supply, like the latest GT2 RS for example.

Porsche belatedly realised that there was a healthy desire for those who wanted the pace and ability of a 911 GT3 but had perhaps grown out of the circuit racer styling. And, possibly to put a dent in 911R residuals, it announced the 911 GT3 Touring at the Frankfurt Show in September. 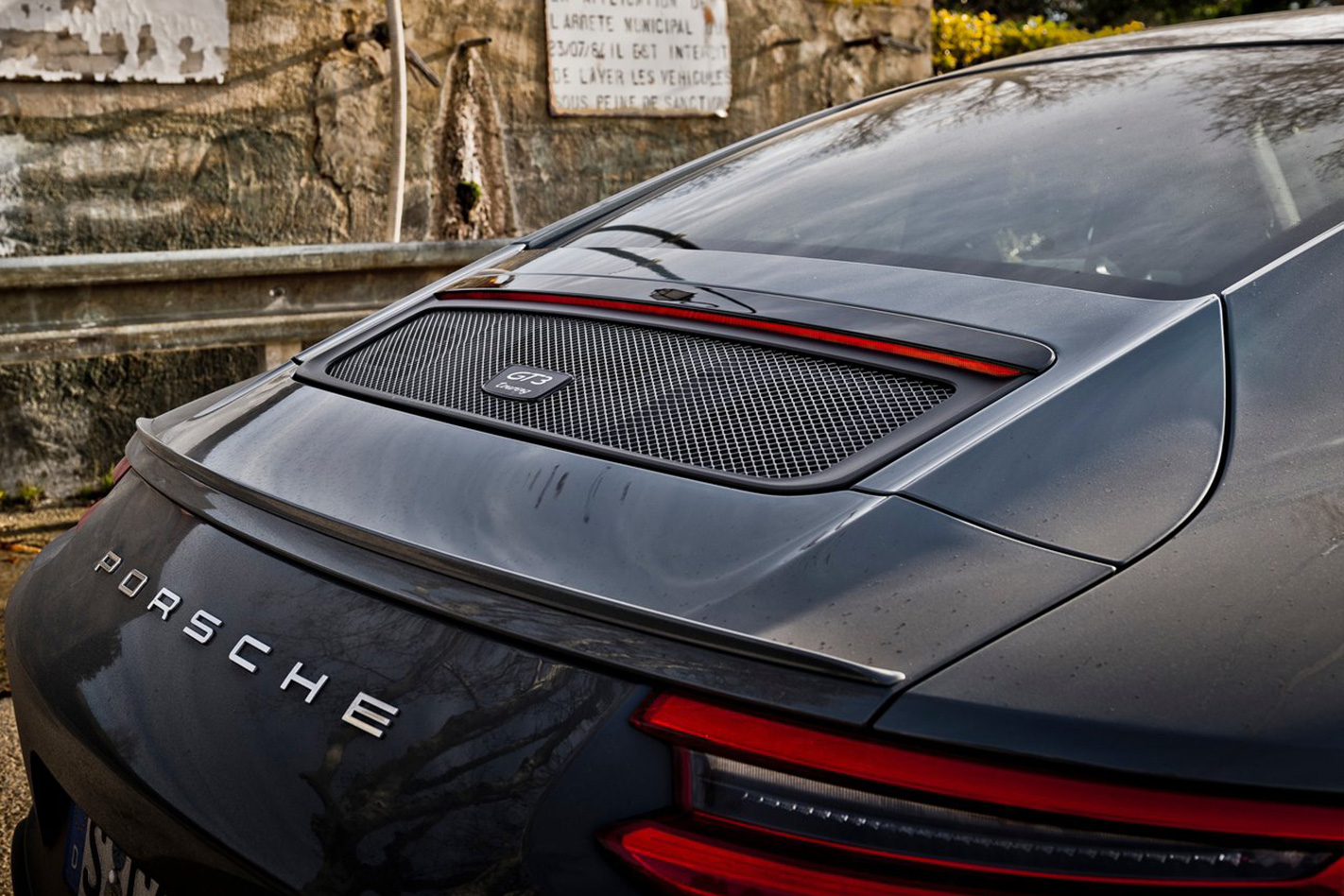 Offered solely with a six-speed manual transmission that sends power to the rear wheels, the GT3 Touring features the same 4.0-litre flat-six engine producing 368kW and 460Nm as the GT3. It's capable of demolishing the sprint to 100km/h in 3.9 seconds if you’ve got nimble hands and feet. Top speed is a fairly academic 316km/h. Like the ‘regular’ GT3, the Touring gets a torque-vectoring limited-slip diff’ and the same suspension settings. In other words, it hasn't gone soft in any way whatsoever.

We've had a fair bit of seat time in a PDK version of the GT3, so this manual version requires a bit of readjustment. You can't just mash the throttle and let the gearbox figure out how close you come to the 9000rpm redline. In fact, you need to be pretty precise with the clutch and stick, right at the moment when the car's engine has started lunging for the redline, shrieking like a dementor and requiring some serious attention merely to keep it going in a vague approximation of straight ahead. In other words, it's intense. There's a lot going on and it's something you need to ease your way into. 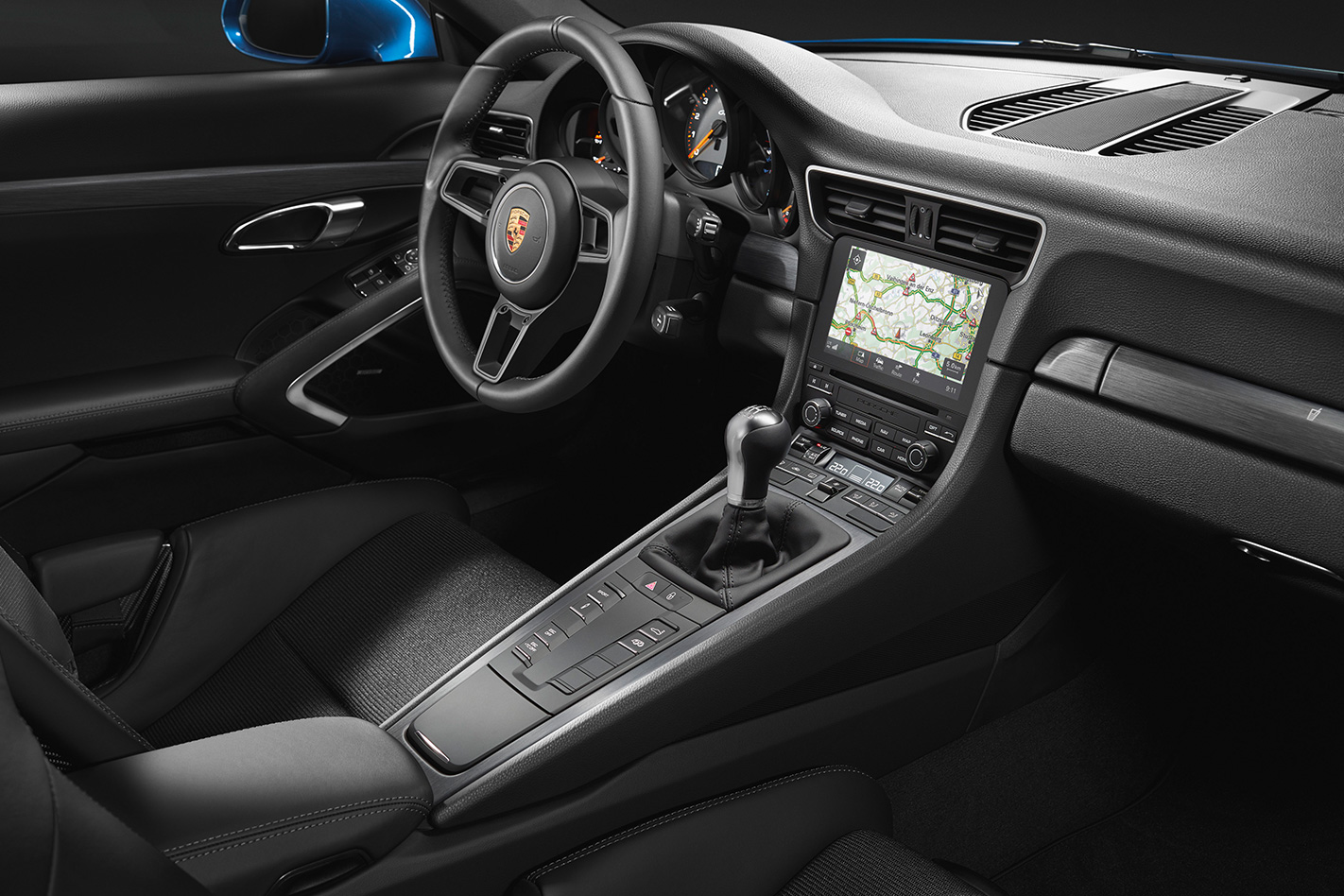 Is that a good thing? That's a tough one to answer and it'll depend on your take. If you prefer sheer capability and effectiveness, maybe not. If, on the other hand, you enjoy the tactile delights of being able to operate the car perfectly with such a monster torrent of data requiring handling by the processor between your lugholes then go for it. The only shame is that the Touring pack is only available with a manual 'box, which spikes the guns of the 911R effectively, but the PDK would arguably suit this car's Touring image better.

The engine feels as mighty as you'd expect, but what's more surprising is its flexibility. It'll pull in fourth from near crawling speeds to hugely illegal velocities cleanly and without hesitation, and, when you're not exploring the upper reaches of the rev range, it's only the firmness of the suspension that occasionally reminds you that you're in a GT3 and not something a little more benign. 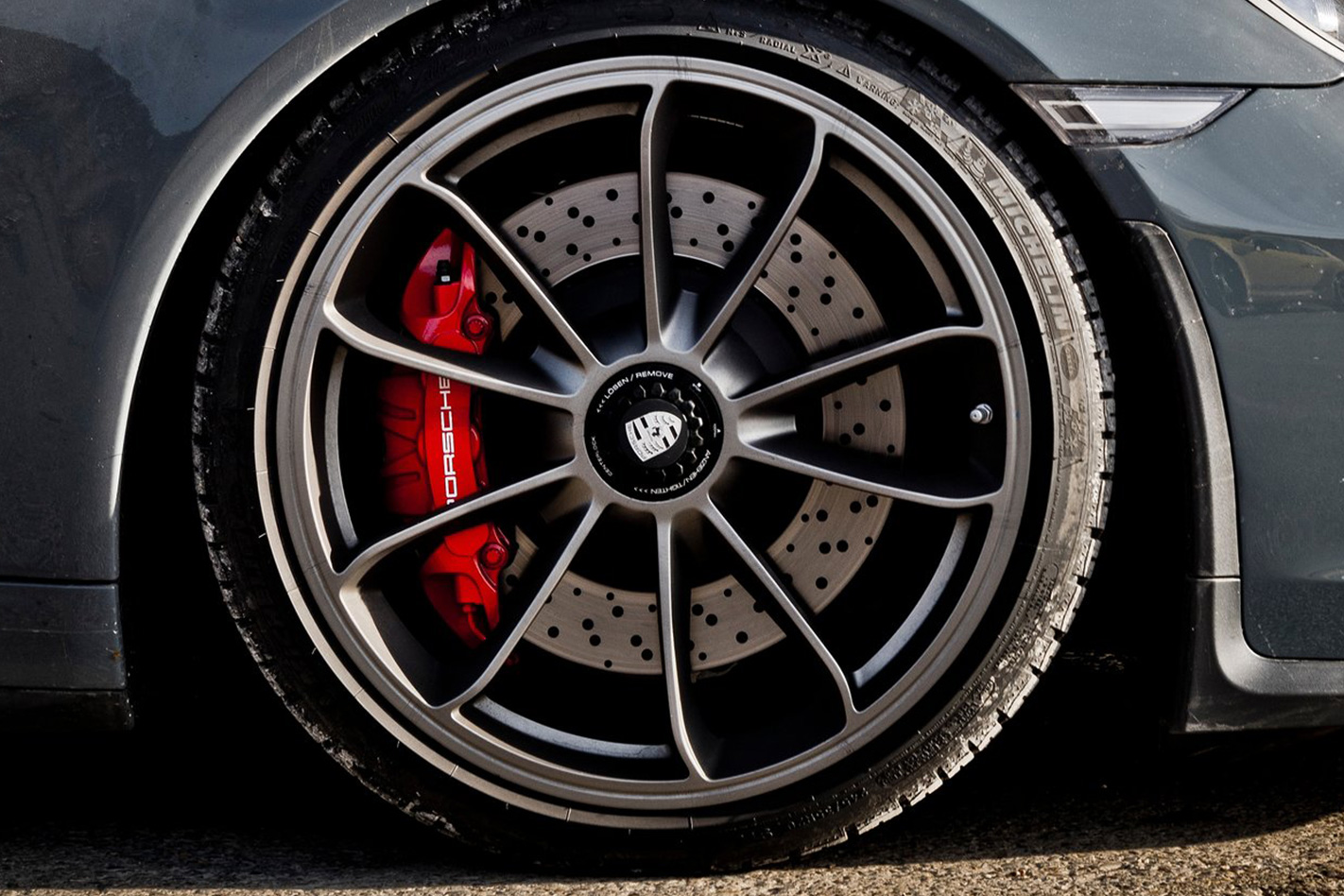 Should you prefer to let the car do the heel and toeing for you, just prod the Sport button and it'll perform perfect rev-matching on downshifts. But if you've gone to the trouble of choosing this model, I'm guessing you're going to prefer doing the pedalwork yourself. As with any 991-generation 911, the pedal positioning and weighting is near-perfect and the relationship of the control weights of gearshift and steering is also excellent.

It feels at this point that I should point out some of the car's shortcomings, but so minimal are they in the context of its achievements that it feels like the most churlish nitpicking.

A manual handbrake would complement the analogue feel to the controls better than the electronic parking brake. The fact that the car has no rear seats also runs counter to its Touring remit although, for the most part, the seats would only ever be used for bags and jackets. The final thing is a personal gripe and it's the overly racy seats in the test car. Yes, they're beautiful, fixed carbonfibre-shelled buckets but they strike the wrong tone. This car ought to have supportive but comfortable leather chairs as a point of differentiation. 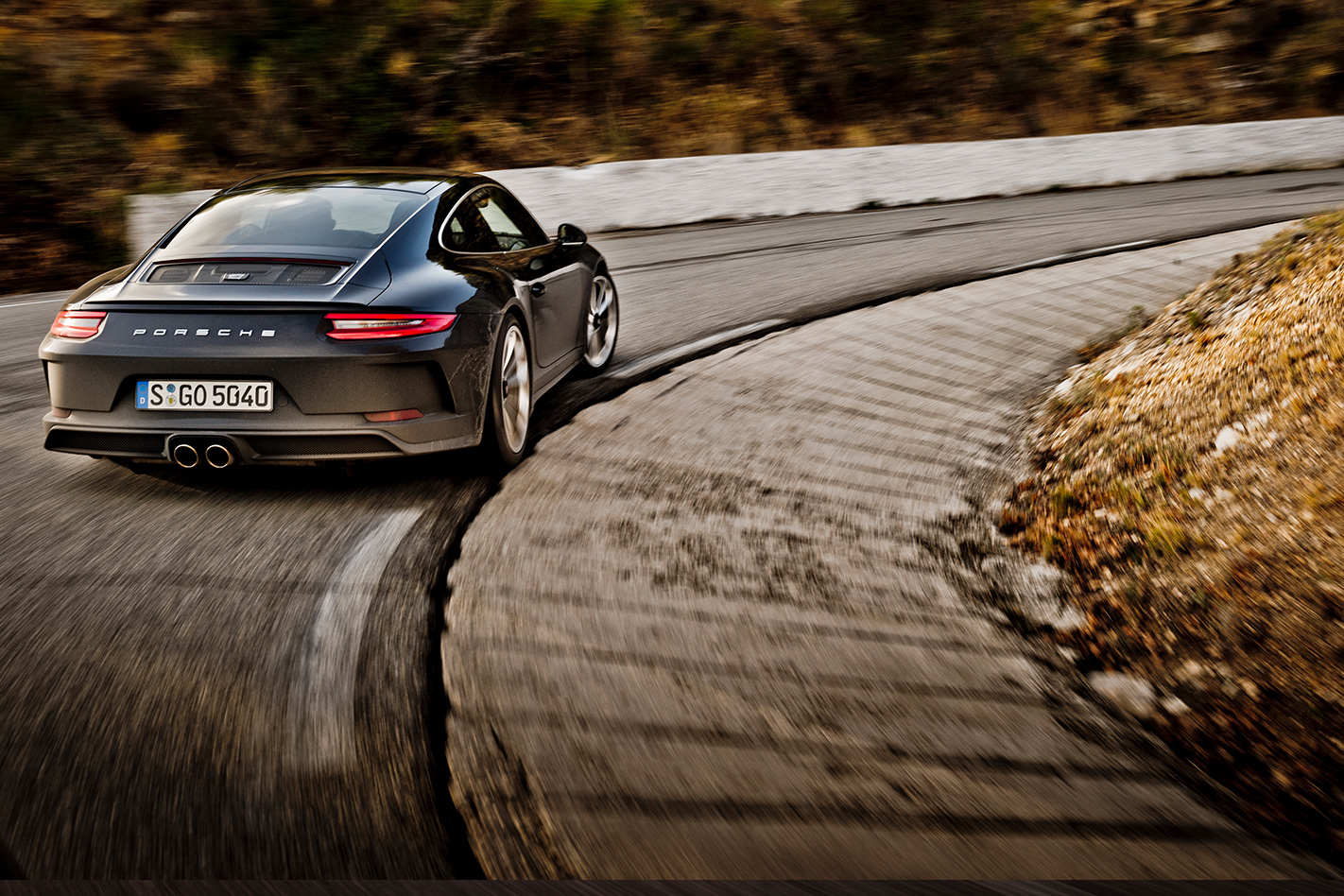 So that's it. The Touring pack offers a different flavour to the GT3, a sports car as near to perfect as anything I've driven. I'm not sure it brings quite enough of its own personality, but it's a fantastic addition to the Porsche range. If you've got to the age where you don't need to shout about your achievements, you're going to adore this one. Six stars out of five. 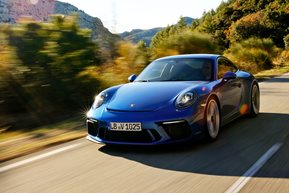 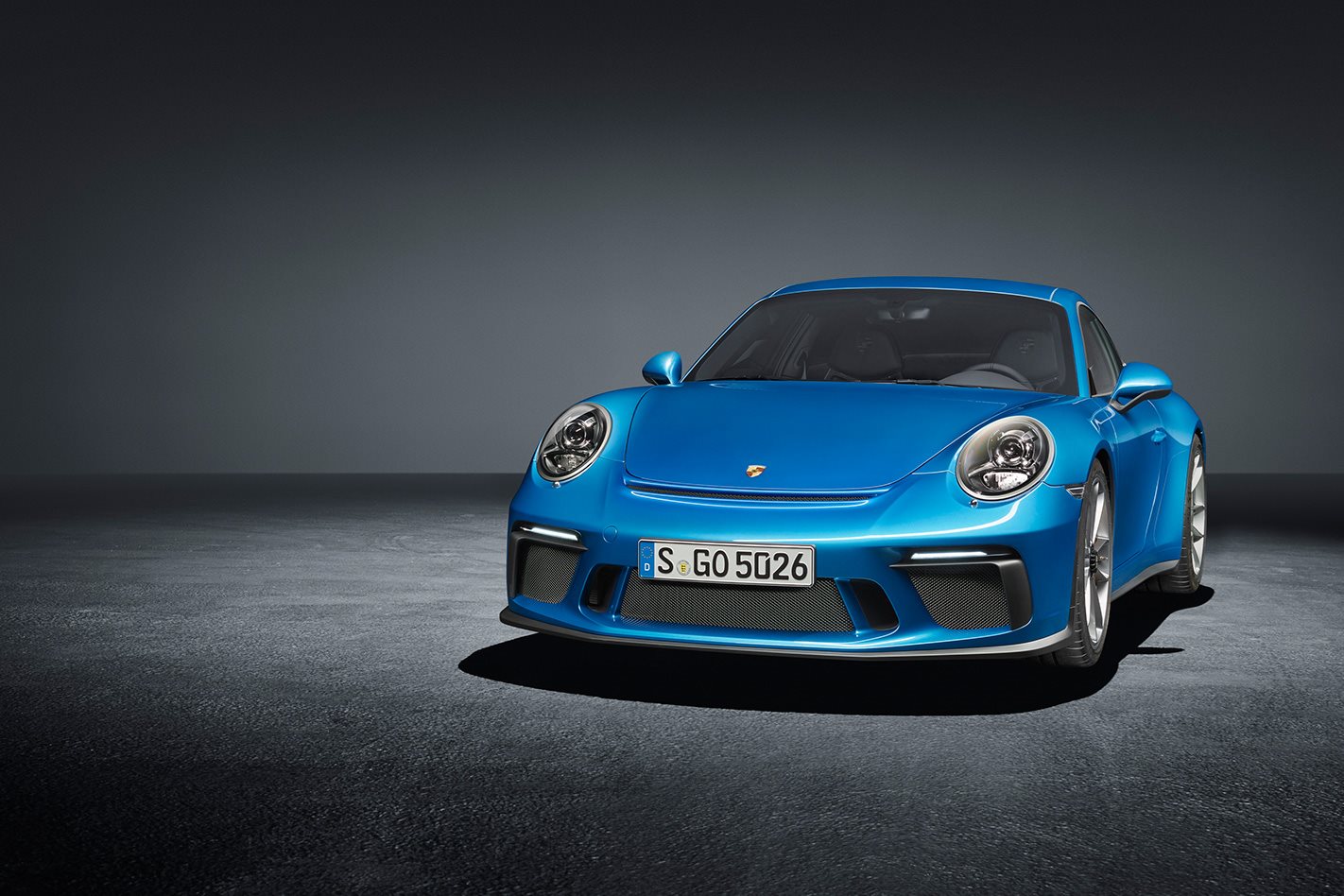 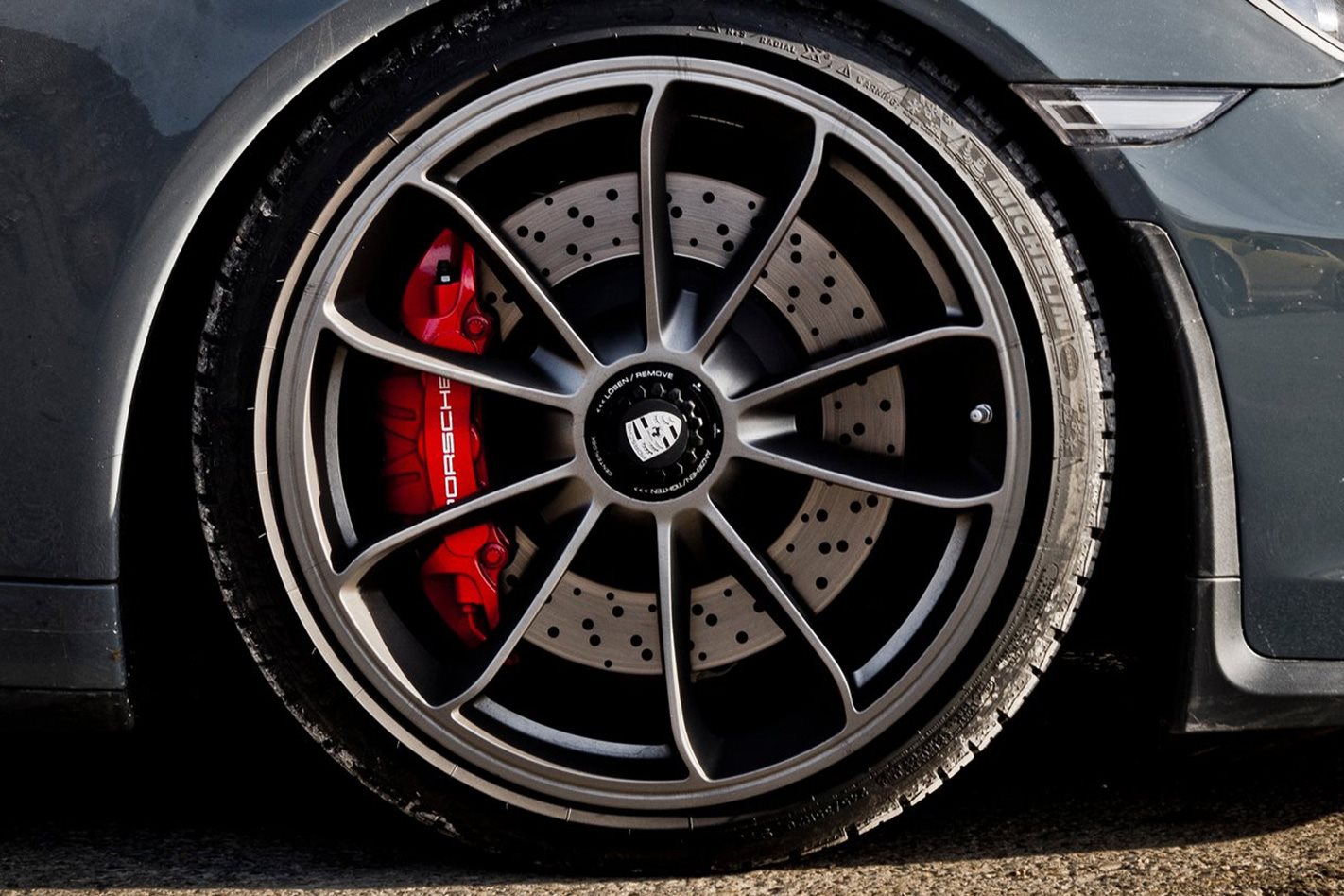 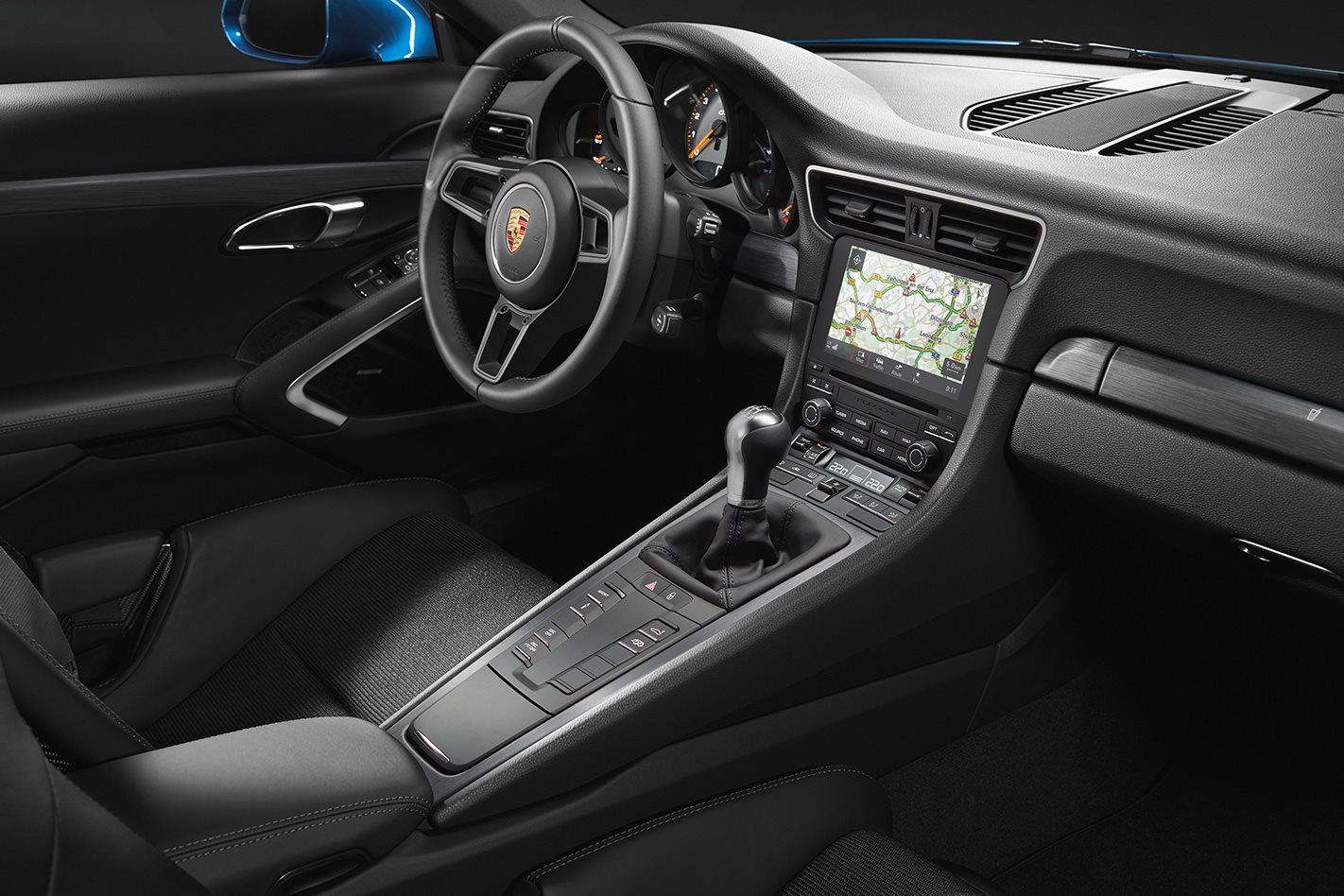 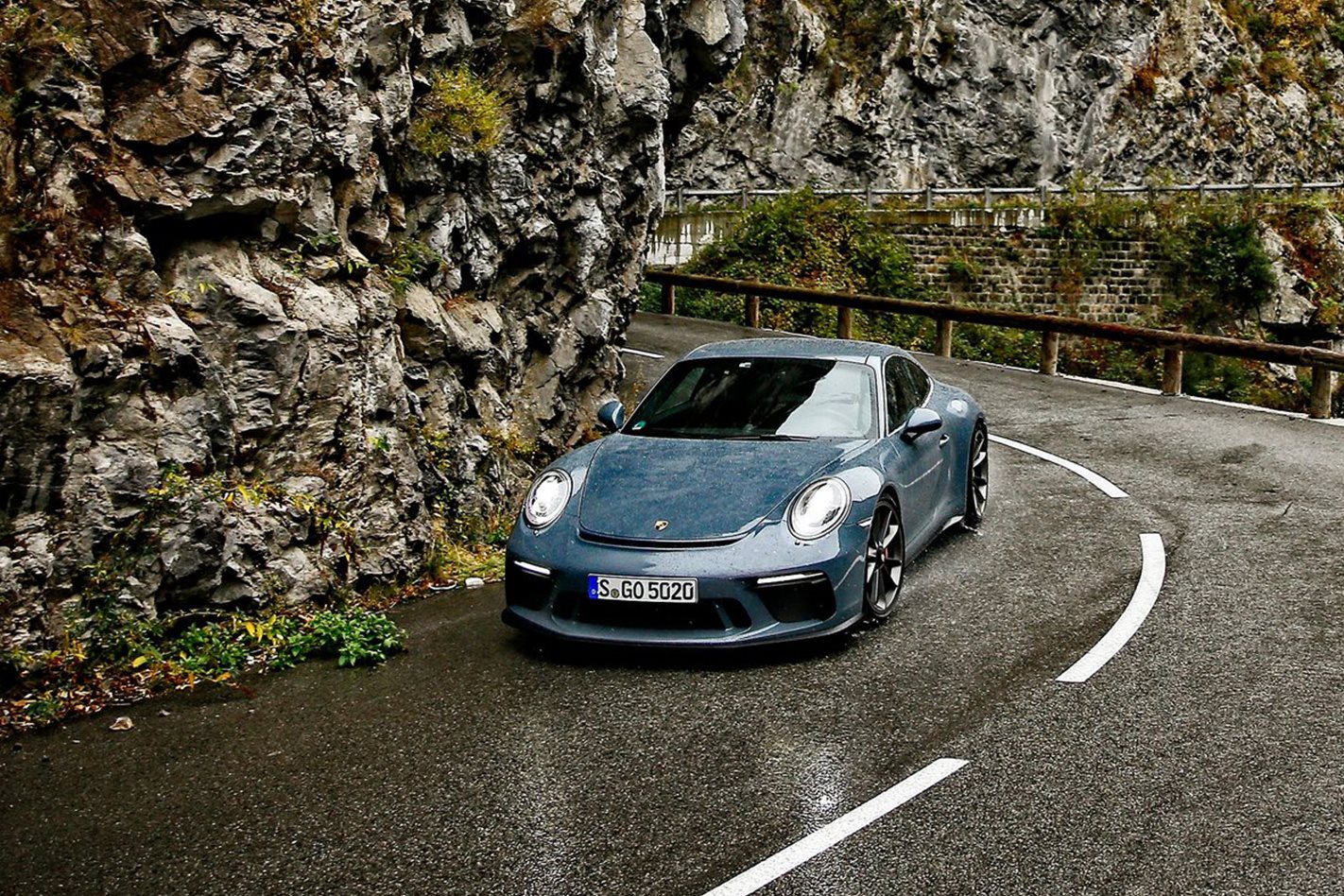 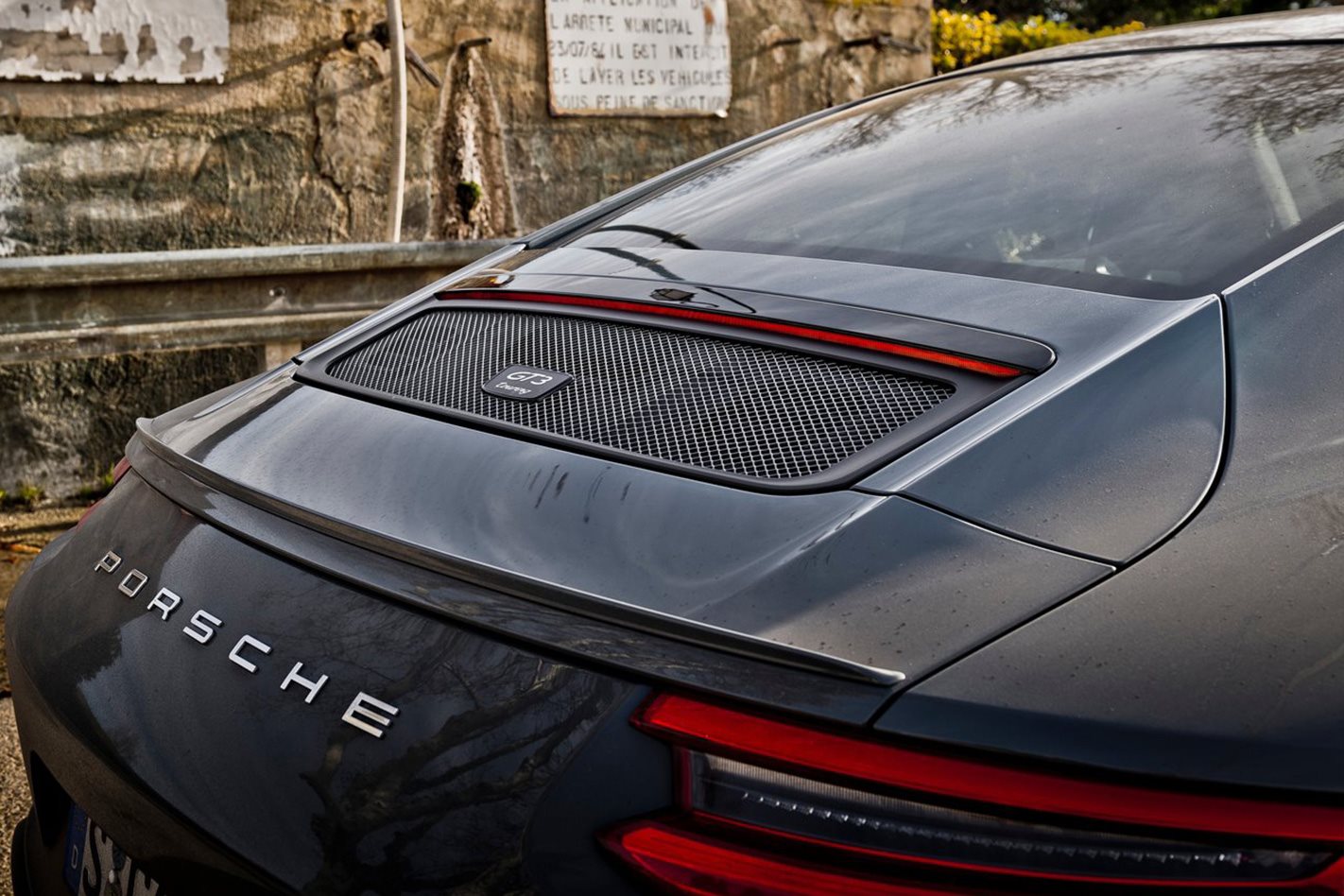 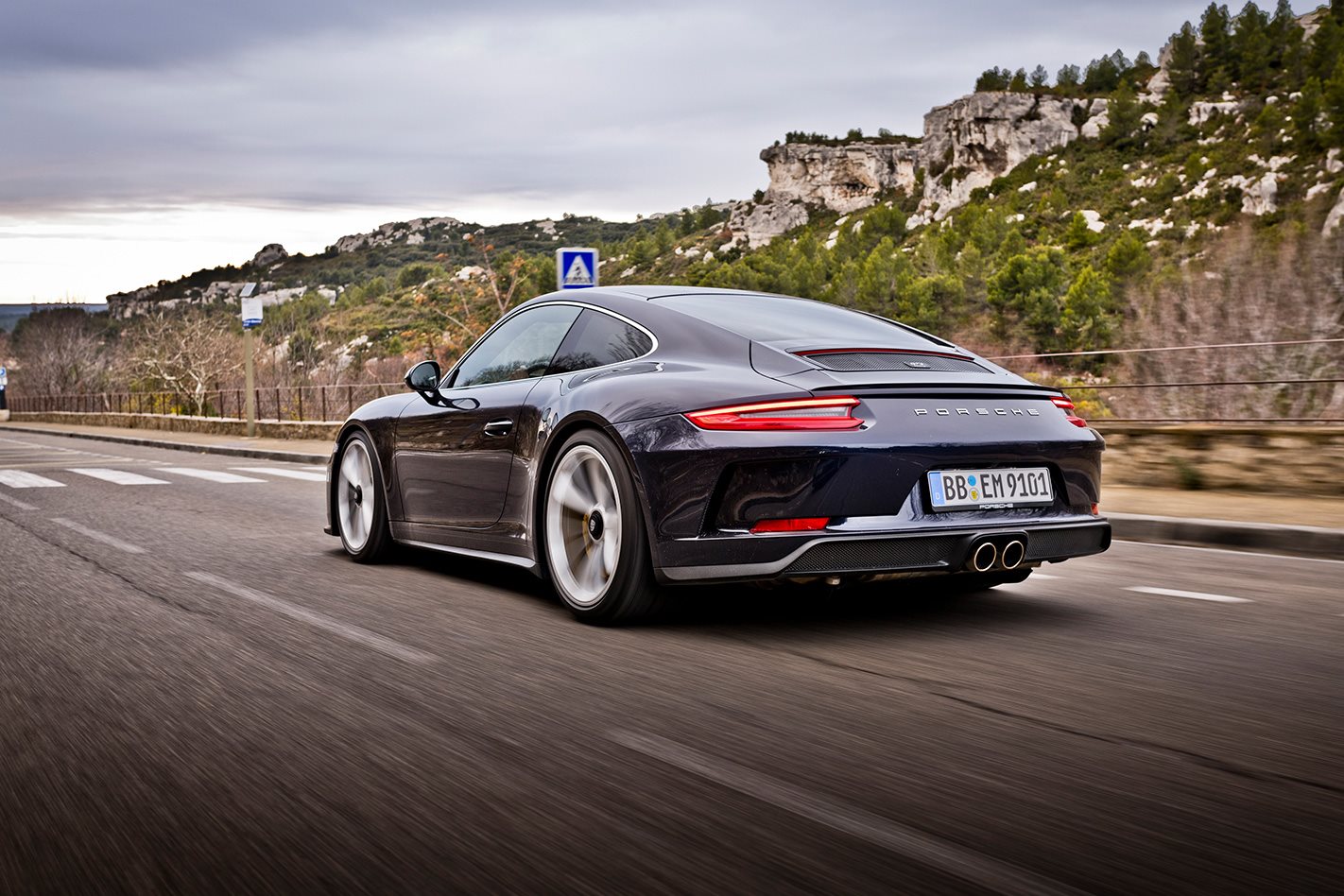 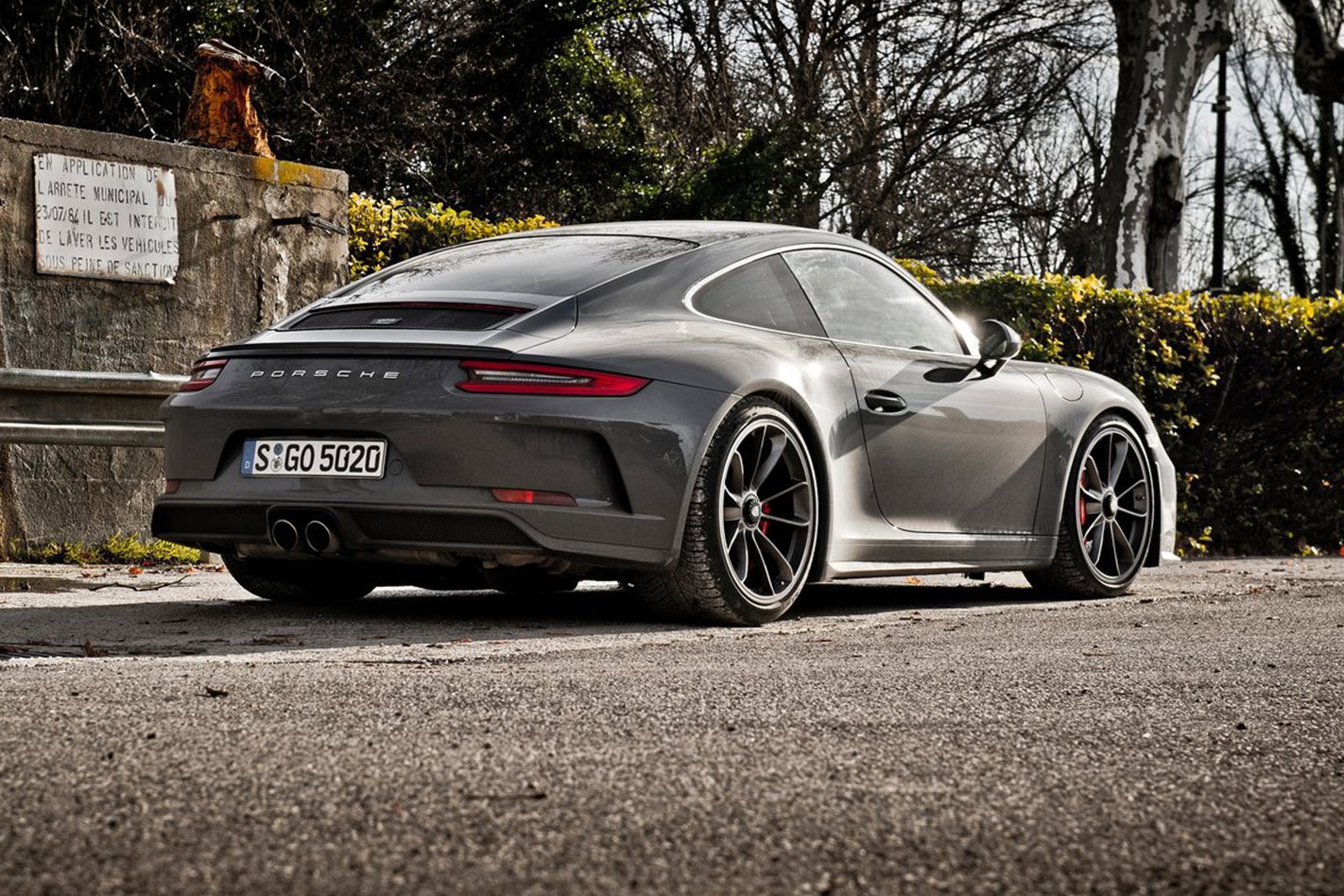 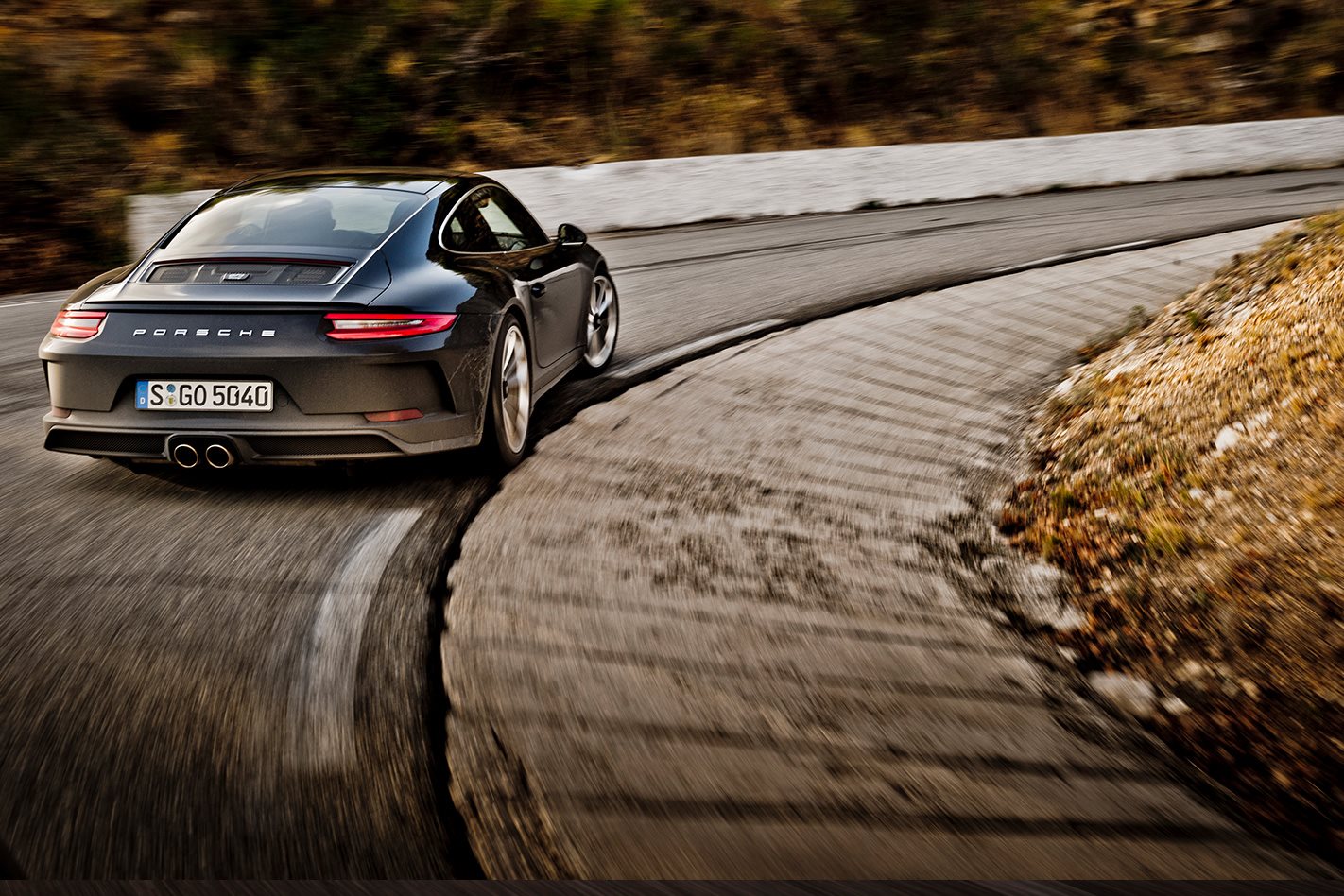 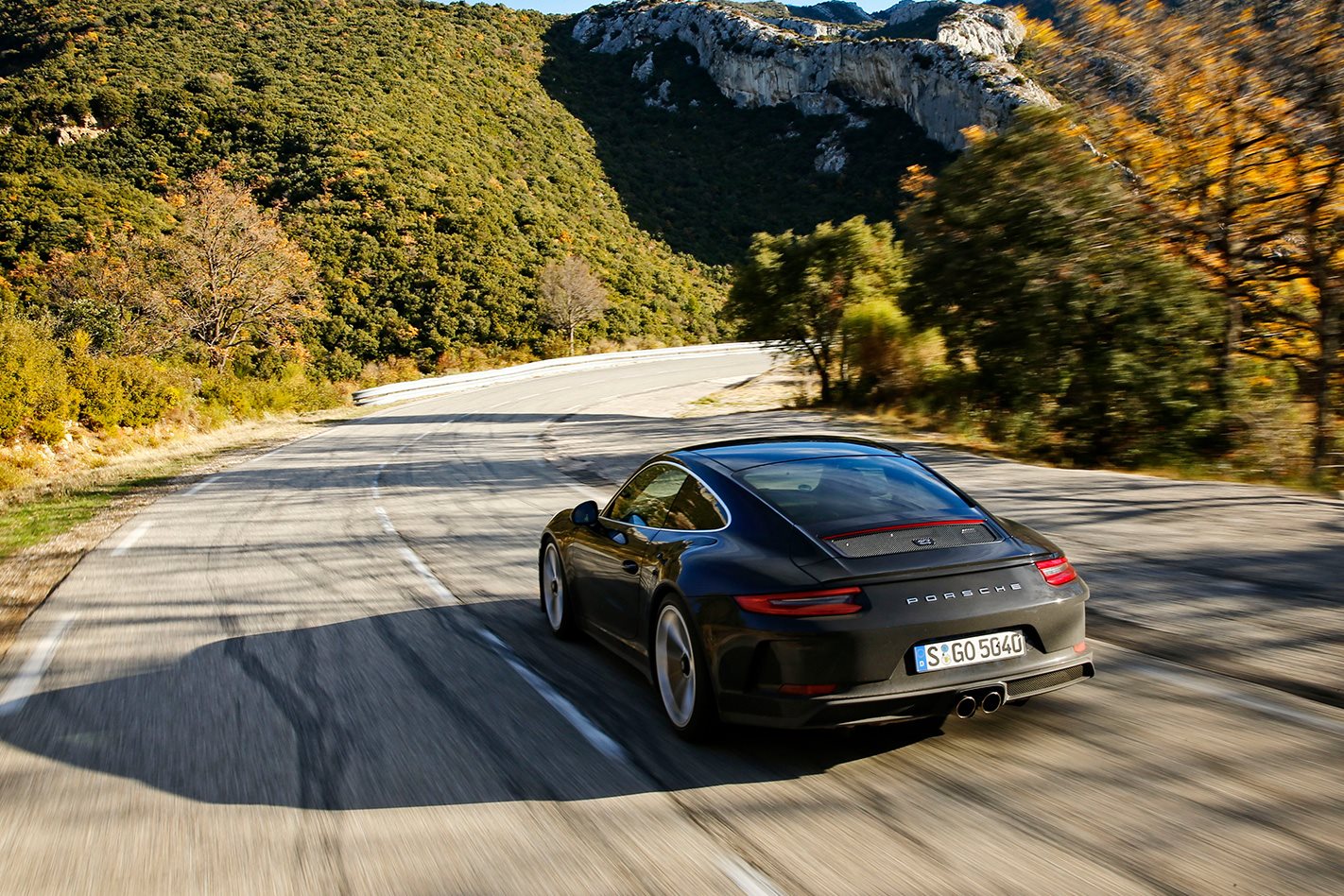