Halfway through its life cycle, has Renault’s auto-only hot hatch proven its worth?

WHEN Renault announced the RenaultSport Clio, its littlest hot hatch, would transition from being a rorty atmo three-door manual to a turbocharged, downsized five-door automatic, fast car fans across the world simultaneously gripped their chests in mock cardiac arrest.

One change would have been enough, but changing three crucial aspects of the Renault Clio RS’ character in one generational tickover was tantamount to heresy. Four years have passed since the Clio made its transition, though, so has time allowed us to not only accept its new identity, but warm to it as well?

Renault’s smallest performance car, the Clio RS 200 range has been given a mild update for 2018 to keep it fresh as it enters its twilight years. A facelifted snout bearing a new chequered-flag DRL graphic, new-look 18-inch alloys, an updated infotainment suite, front parking sensors, climate control and auto start-stop are new features, but mechanically the Clio RS 200 stays the same.

We’re not here to test the efficacy of the new front parking sensors – rather, we want to examine whether the Clio RS, as the only compact hot hatch without a manual transmission option, still has something to offer fast-car fiends. Did Renault’s auto-only gamble pay off? 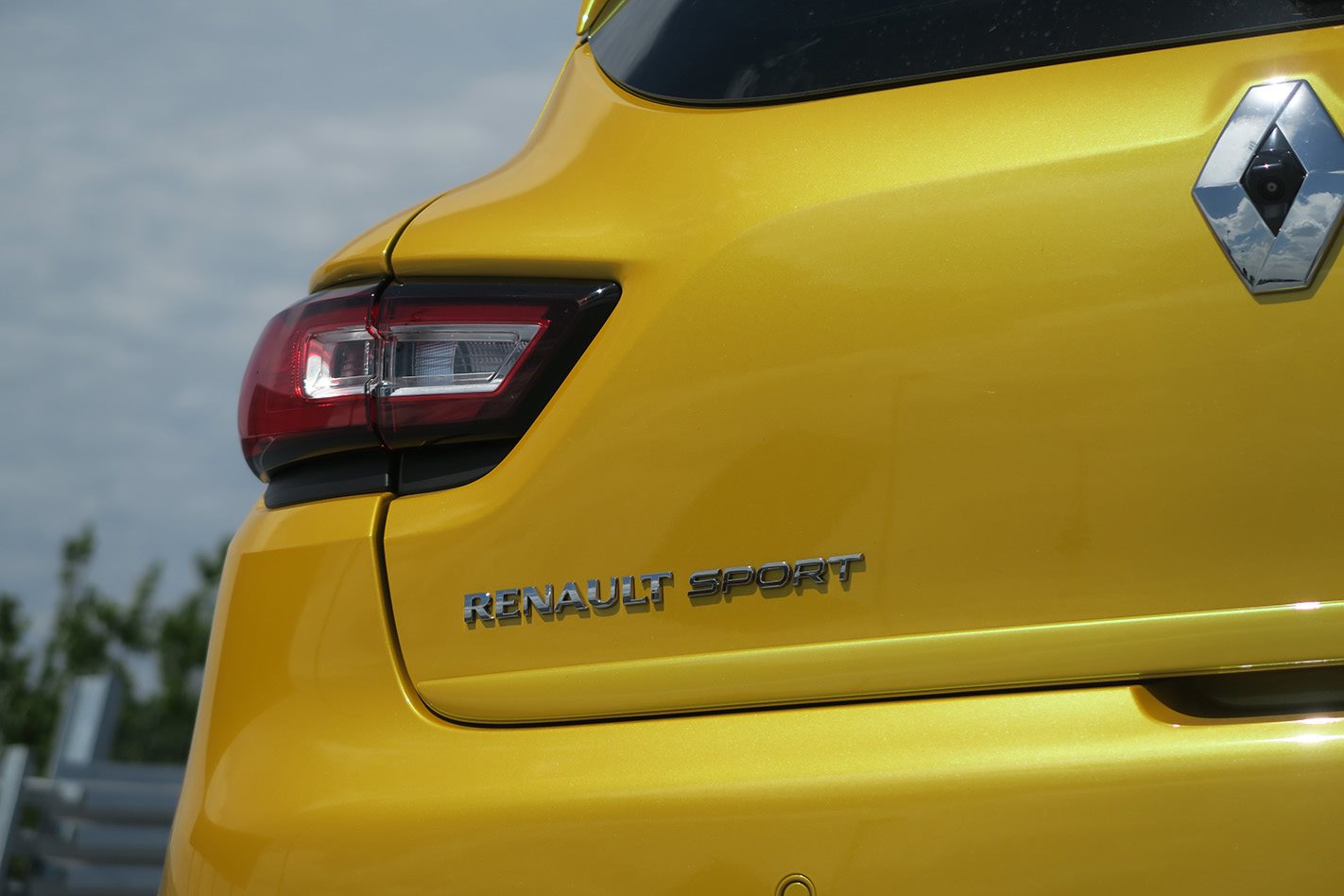 The only direct rivals to the RS 200 that also have an automatic transmission option include the Volkswagen Polo GTI and Hyundai Veloster Turbo. Suzuki’s recently-launched Swift comes with a six-speed automatic gearbox available alongside the standard six-speed manual.

The Clio proves that it’s possible to have fun in a comparatively low-powered humble hatchback - even if there are only two pedals to play with. Only offered with an automatic dual-clutch gearbox it’s an anomaly in the entry-level hot hatch space, but an entertaining chassis, punchy engine and ultra-responsive gearbox soon 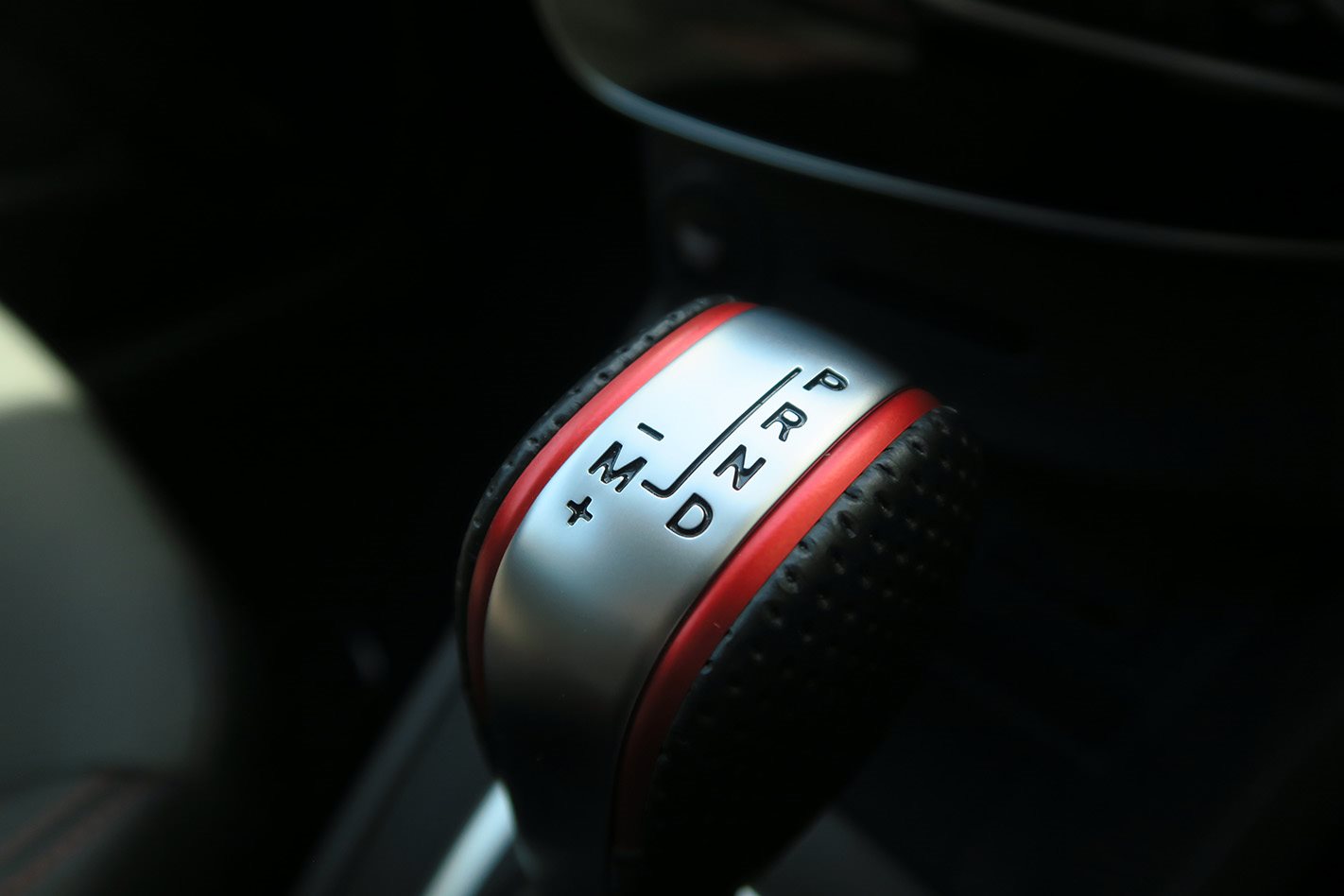 REAL drivers row a manual… right? Maybe in the past, sure, when automatics were soft-shifting slushboxes that sapped bulk amounts of power and converted perky sportscars into boulevard cruisers.

But the paradigm has since changed. The rise of the dual-clutch in the upper echelons of the sports car realm has rammed home the point that high-tech computerized gearboxes are way faster at changing ratios than you’ll ever be, to the extent that the swiftest machines out there – McLaren P1, Nissan GT-R, Porsche 911 GT2 RS, et cetera – only come with an auto.

But what about the other end of the fast car spectrum? Compact hot hatches with modest power aren’t so overwhelmingly fast that an automatic becomes a necessity, so is the experience spoiled by a slusher? Drive a Polo GTI in both DSG auto and six-speed manual forms and you’ll probably gravitate to the latter for its higher engagement factor, however that’s not an option in the Renault Clio RS. 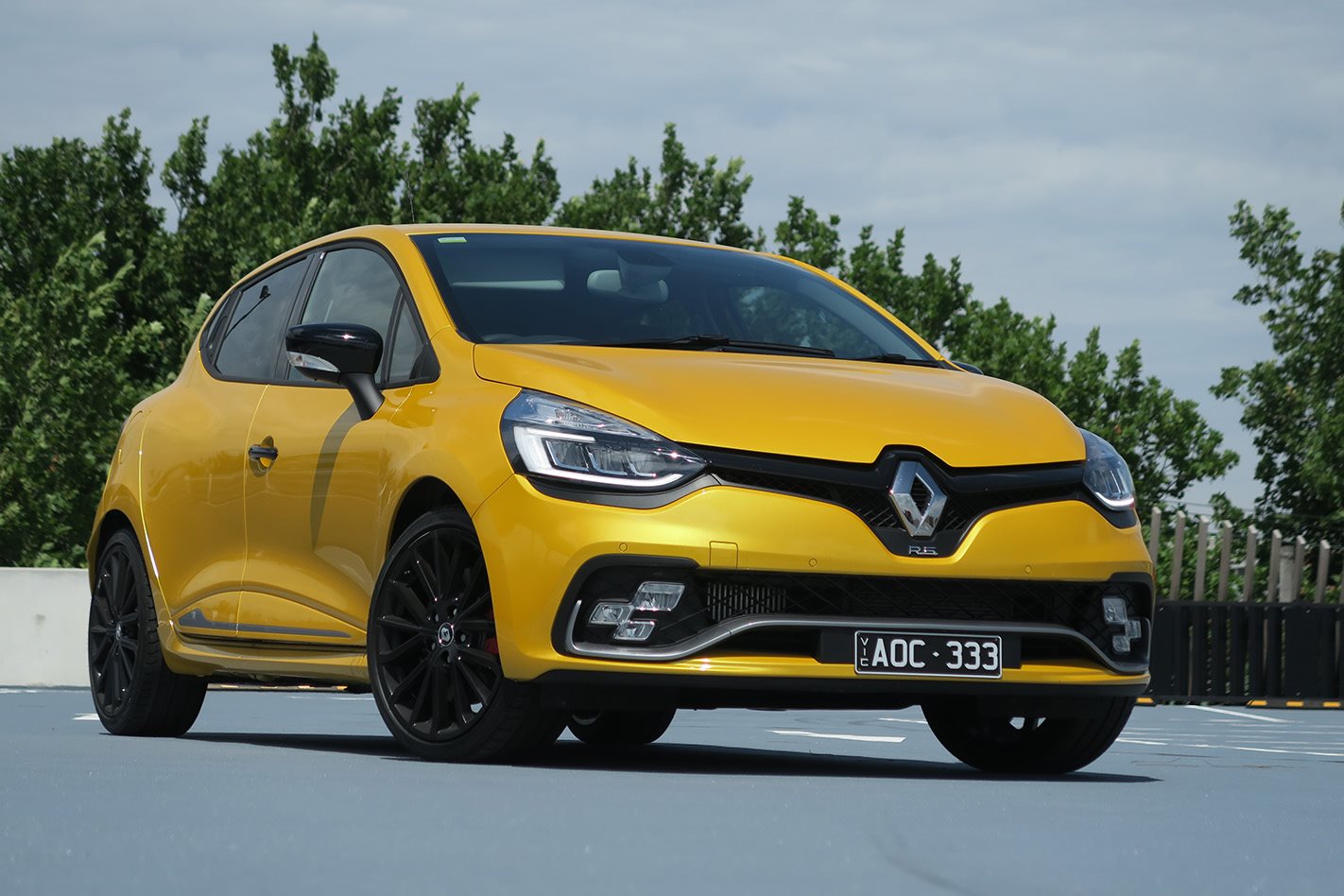 Dual-clutch-only since the fourth-gen Clio RS launched in 2013, Renault’s entry-level performance car is now approaching the end of its lifespan. How has it fared, now that it’s had four years to convince us of the merits of an auto-only drivetrain?

Here’s the bottom line: gearboxes do not maketh the car. There are more important ingredients in the hot hatch recipe, and even though you’re deprived of a clutch pedal in the Clio RS Cup it’s actually, in some ways, a bit liberating. 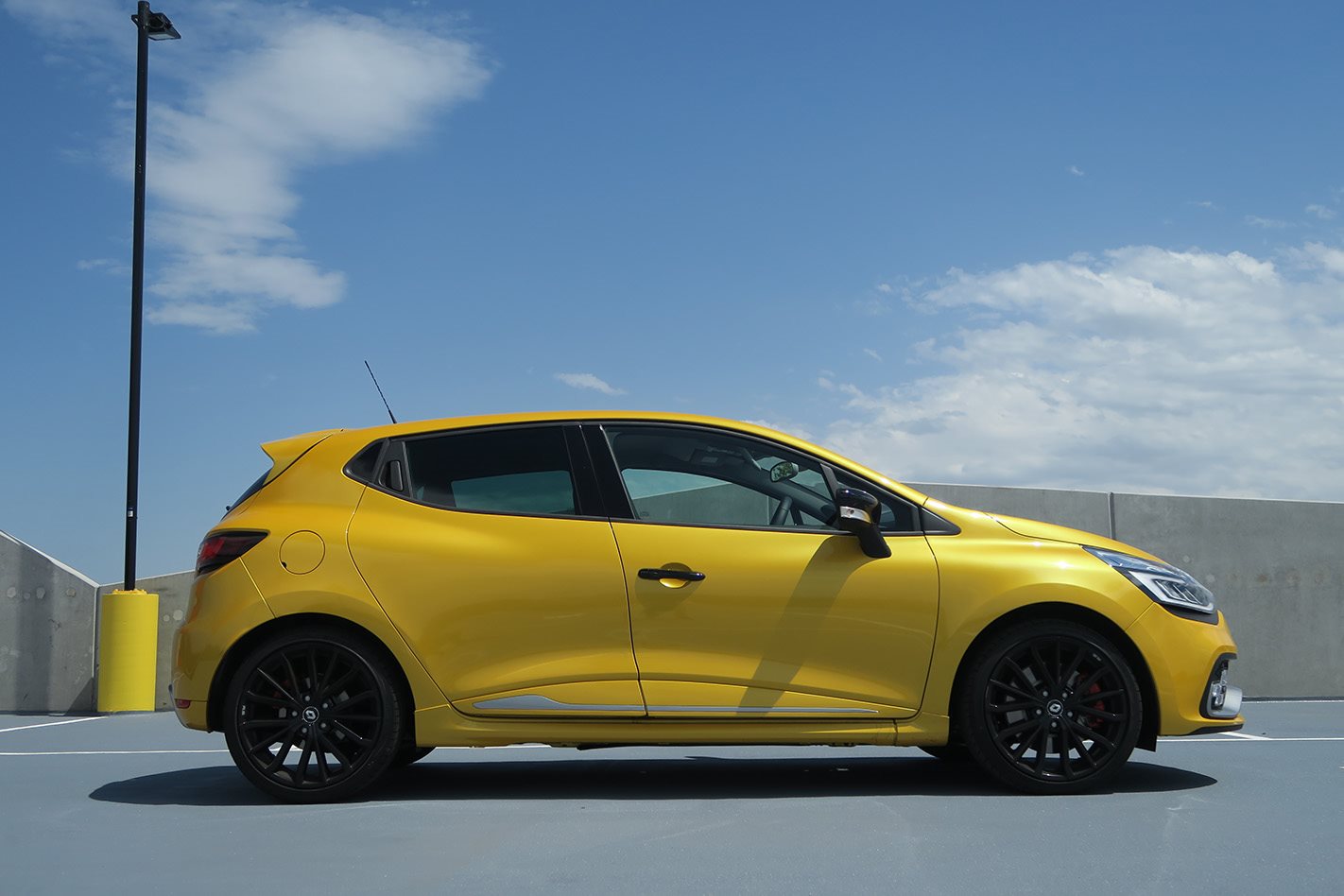 For starters, this is one rapid gearbox. Tip the lever sideways into the manual gate and activate Race mode, and the shift speeds become startlingly rapid. What’s more, it’ll also hold your gear against redline until you tell it to shift – no auto-upshifting here to interrupt your flow. It makes it a joy to shuffle through them via the column-mounted alloy paddles, with the exhaust emitting a rorty ‘blap’ when upshifting at full boost.

And speaking of boost, the Clio RS 200’s 1.6-litre turbo is a joy. Derived from the Nissan Juke Ti’s 1.6 but toting a bigger turbo and tuned for more power and torque (and bolted to a sharper trans than the Juke’s CVT slug, of course), it huffs out 147kW and 260Nm – meaty numbers, and slightly more than what you’ll get from the Polo GTI DSG that’s the Clio RS’ main rival. 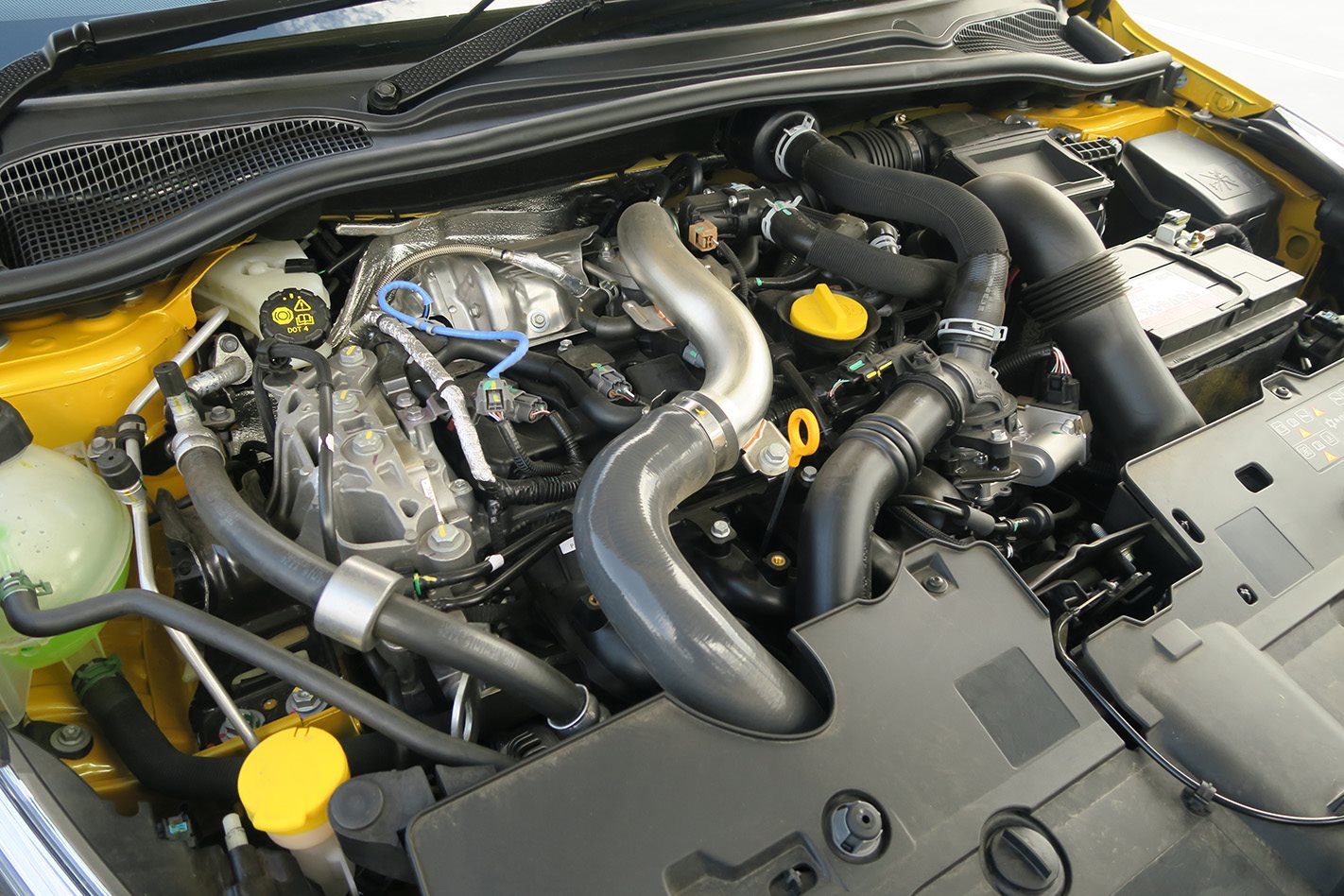 The Clio also has a 24kg weight advantage on its German nemesis, and the power-to-weight gods smile favourably on the Frenchman as a result. Both Polo and Clio boast the same 6.7-second 0-100km/h stat, but the Clio feels like it has loads more pull from a rolling start.

It’s supremely agile too, with the kind of mid-corner, throttle-lift adjustability that’s long been a French hatch hallmark. The mid-spec Cup chassis offers a firmer ride and lower ground clearance than the entry level Clio RS Sport, but it’s not as brittle as the top-spec Trophy variant, nor is too stiff to work on a bumpy, curvy backroad. It might wear thin if your morning commute has more than a few speedbumps, though, and the single-mode dampers don’t have the duality offered by the Polo GTI’s standard adaptive suspension. 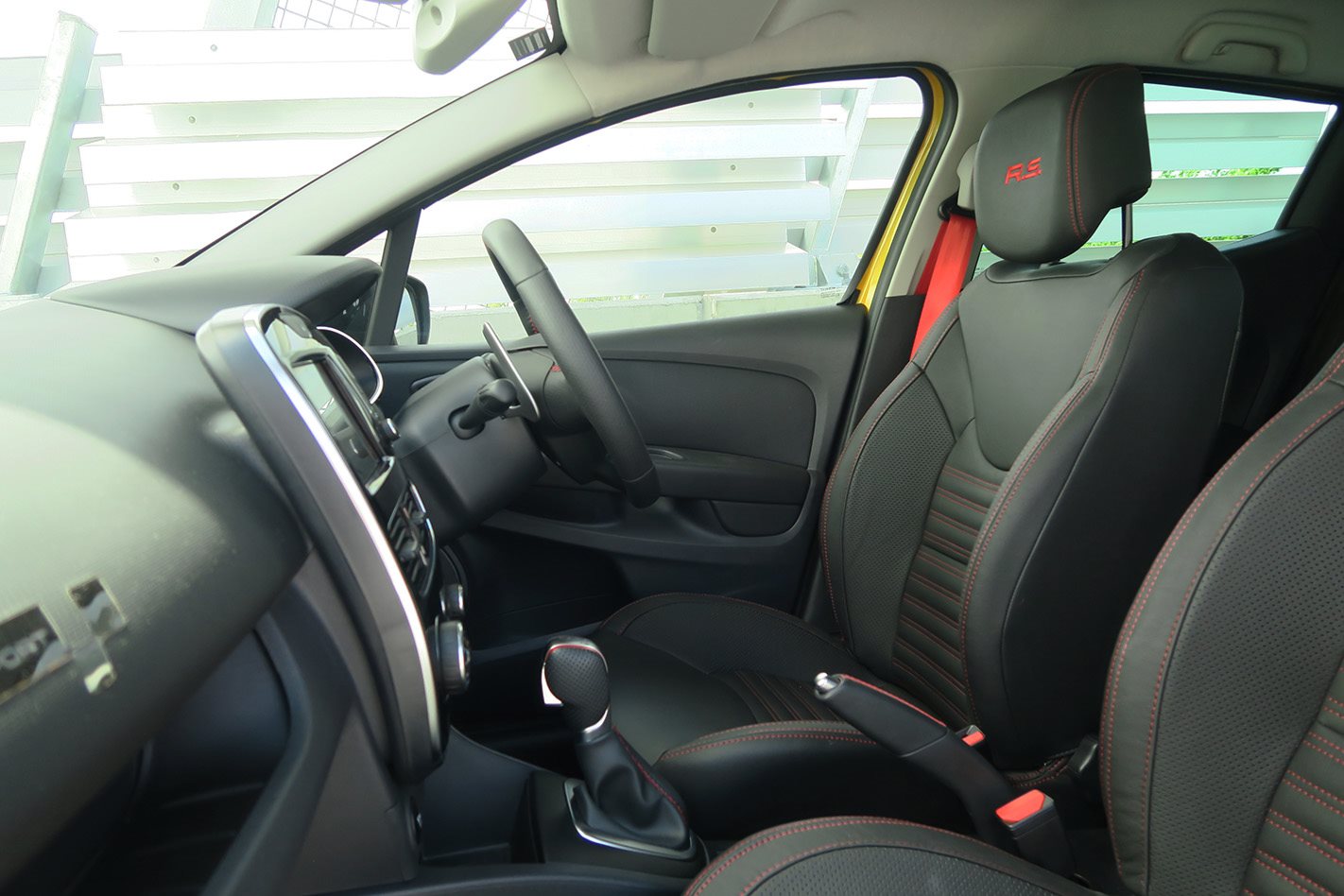 The Clio’s tinny build and cabin quality won’t wow you either, nor will its fairly old-hat infotainment system. Its dual-clutch auto turns into fairly slow-reacting and somewhat indecisive mess in everyday low-speed schlepping, but if you consider yourself a driving enthusiast it has appeal by the bucketload. Even without the aid of a clutch pedal. 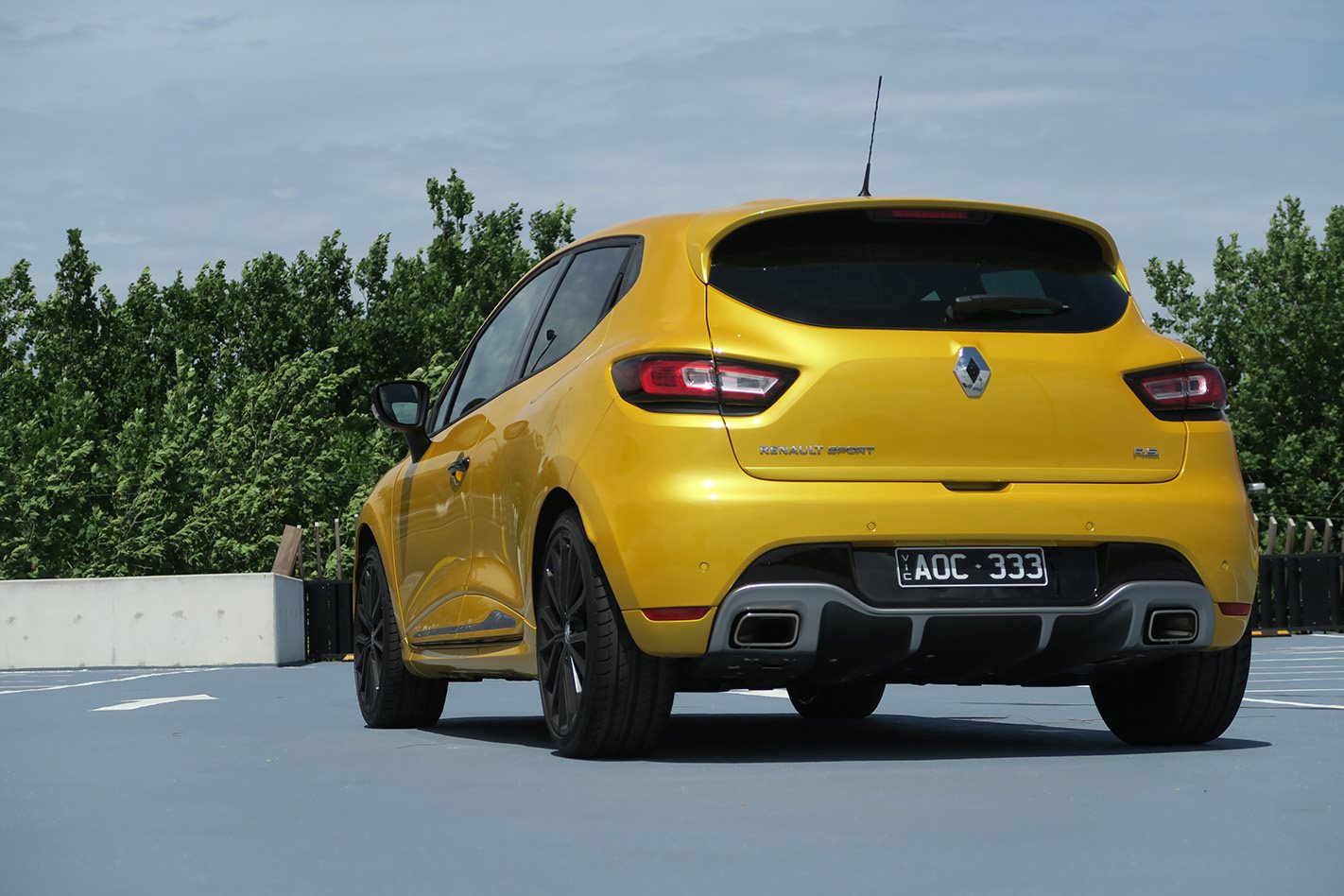