Renault’s new Clio RS gets advanced headlights and an optional Akrapovic exhaust system for 2016. But where is the knee-weakening 205kW Megane RS engine of the RS 16 concept?

Renault’s new Clio RS gets advanced headlights and an optional Akrapovic exhaust system for 2016. But where is the knee-weakening 205kW Megane RS engine of the RS 16 concept?

If you’ve never visited the Goodwood Festival of Speed or the Monaco Grand Prix for that matter, do yourself a favour and add them to your bucket list (in bold) under the title ‘Petrol head nirvana.’ It’s at these motorsport events that performance car fans are treated to a sensory overload of automotive sights and smells; old, new, big and small.

The RS 16 highlighted what Renault Sport can achieve when given a blank canvas. The end result was a mouth-watering product, as engineers successfully shoehorned  a 205kW Mégane RS 275 Trophy-R engine, transmission and cooling system into the more compact and nimble Clio chassis. Win. 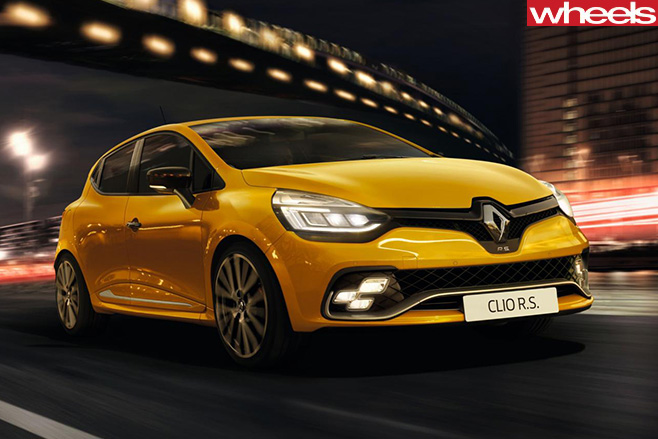 But after wetting our appetites – and proving it was actually possible to house the 360Nm engine in the new Clio’s chassis – Renault must have let the bean-counters into the workshop. The updated Clio RS will, instead of boasting its blistering concept vehicle Megane powerplant, be offering their updated Clio range with a tepid 1.6-litre turbocharged petrol engine in either a 149 kW and 164kW option, when Renault start taking the first UK orders in September this year.

That aside, the new Clio looks to carry over many of the features of the concept including: a six-speed EDC dual-clutch automatic transmission,  steering wheel-mounted paddle shifts, a broader front bumper and a new LED multi-faceted lighting in the form of a chequered flag. Renault has dubbed the new front lighting system the RS Vision; incorporating the vehicle’s fog lights, cornering lights, side lights and dipped and main beams to enhance night-time visibility. 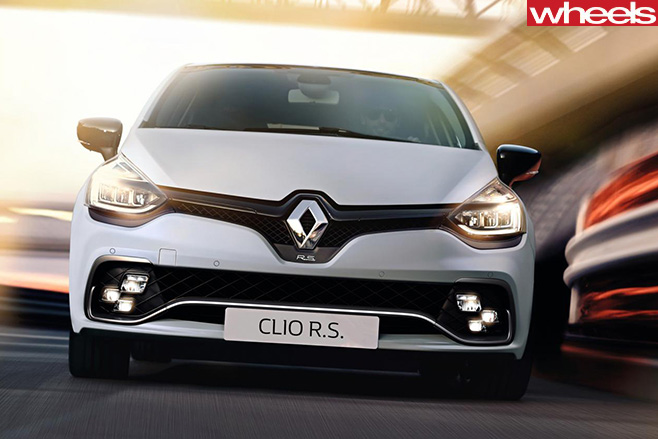 On the plus side, the new Clio will be the only car in its class to offer three different chassis types, giving customers the opportunity to ‘tailor-build’ their own Clio RS. The options available range from the Sport chassis with 17- or 18-inch wheels; a strengthened Cup chassis with 18-inch wheels; or the Trophy chassis with 18-inch wheels – which has been lowered by 20mm at the front and 10mm at the rear. The 2016-spec Clio RS is differentiated by its unique side sills, a rear spoiler, diffuser, twin exhaust pipes and Renault Sport nomenclature front and rear.

The 149kW powerplant will be available with the Sport and Cup chassis, while the 164 kW unit can be selected for the Trophy variants, the latter claiming an impressive 0-100 km/h in 6.6 seconds. If you then factor in features such as Launch Control, the RS’s Drive modes (Normal, Sport and Race), the inclusion of the RS Monitor app and hydraulic compression bump stops, we feel there is no reason the new Clio RS shouldn’t uphold the model’s strong performance reputation when it eventually arrives in Australia in 2017, and continue to challenge the pecking order in the hot-hatch market. 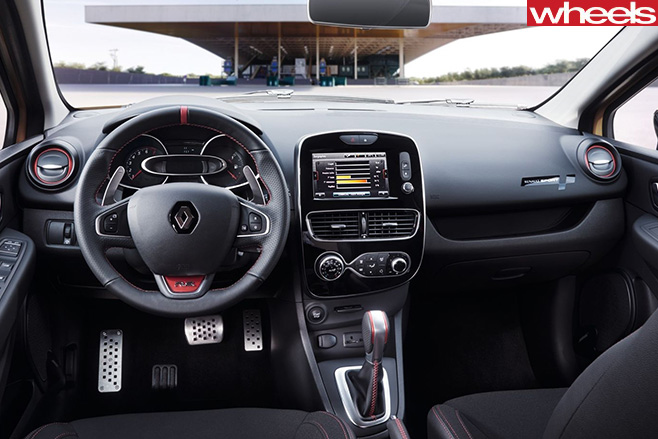 While including the Renault Megane engine would obviously have inflated the model’s pricing, we just can’t help feel that Renault Sport may one day look back at the 2016 RS as somewhat of a missed opportunity to create something truly legendary.

We’ll know for sure once we drive production version later this year. 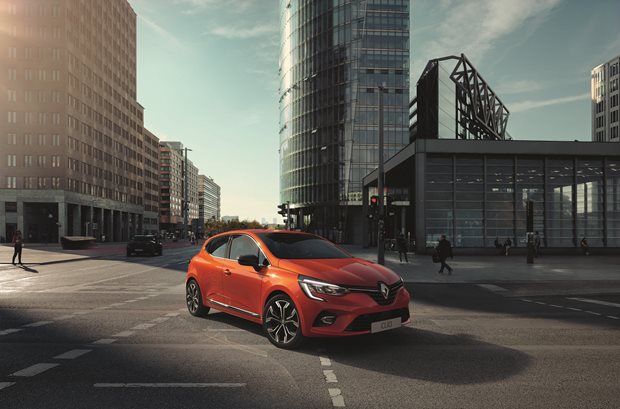 New chassis, body and tech for 2019 Renault Clio, due here next year 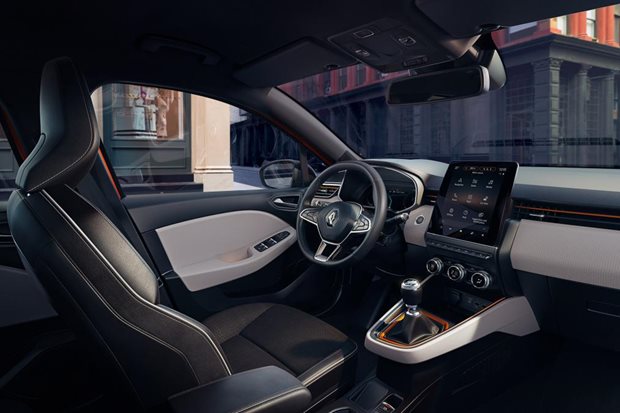 Interior pics released of 2019 Renault Clio ahead of Geneva launch