Things have been pretty quiet on the Subaru WRX front for a few years now, except on the sales front. The all-wheel drive icon keeps doing the business well into its fifth year on sale, notching up a respectable 672 deliveries so far in 2019 (as of the end of August), though this is well done on previous year’s efforts.

Put it this way, if VFACTS recognised the WRX as a Sports model, it would sit second in its segment behind the all-conquering Ford Mustang. As such, we decided it was high time we revisit the WRX and see what it can offer buyers in 2019. 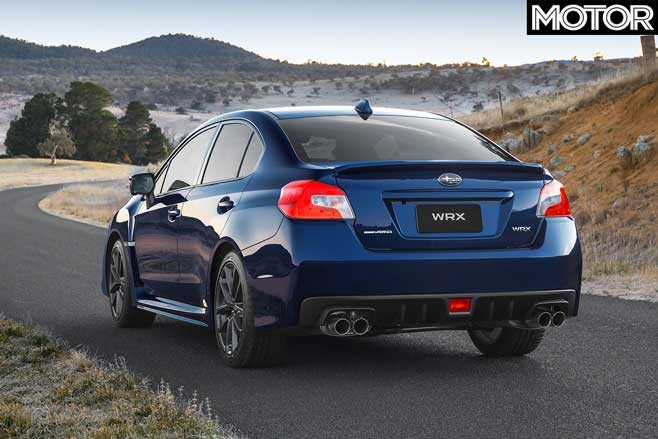 Since its introduction in March 2014, Subaru has fiddled around the edges, primarily adding equipment such as its Eyesight active safety technology and a larger touchscreen infotainment system with smartphone mirroring, though revised styling, new suspension and high-performance brake pads did arrive as part of a mid-life update in 2017.

The mechanical package has remained constant, consisting of a 1998cc turbocharged boxer-four, all-wheel drive and a choice of six-speed manual or the CVT fitted to our test car. If you’ve already recoiled in horror at that dreaded acronym, you’re really going to struggle with the thought that it might just be the transmission that best suits the latest WRX.

It has eight ‘ratios’ which can be controlled by the shift paddles and it swaps between them nice and quickly. Furthermore, it feels to bring the engine onto boost more quickly and the steps are tightly packed, making it easy to select the appropriate ‘gear’ for each corner. The case against is that it adds weight; spec a base manual versus a Premium CVT and you’ll save a whopping 94kg.

Driving your heroes: WRX STI 22B 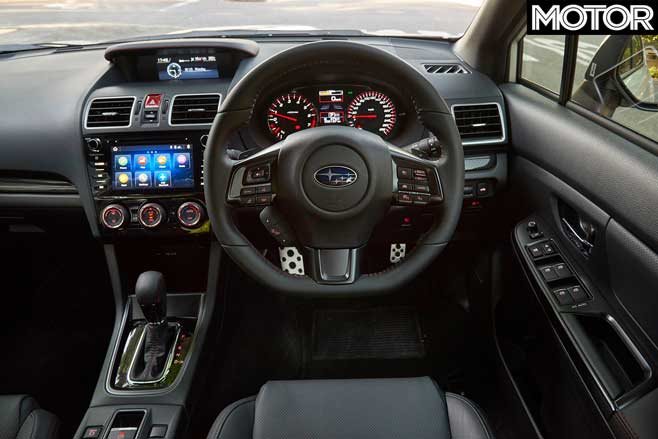 The all-wheel drive system has no problem containing the 197kW/350Nm and allows the WRX to be driven extremely hard with confidence. Sadly, the engine desperately lacks character, though its muscular mid-range does at least provide decent acceleration.

Cross-country pace remains a strong point and there’s a lot of enjoyment to be found in the fact you can throw the car into corners, safe in the knowledge it’ll stick or, at the very worst, develop some slight understeer.

It is, however, a bit prescriptive. Loose surfaces prove there is some adjustability in the chassis but the Dunlop Sport Maxx RT tyres provide too much purchase for it to appear on the road. Likewise, throttle application provides no rear-end involvement or rotation, just safe, secure understeer. By lucky coincidence, the weekend prior I drove a 1997 WRX and it handled very similarly, only it sounded a lot better. 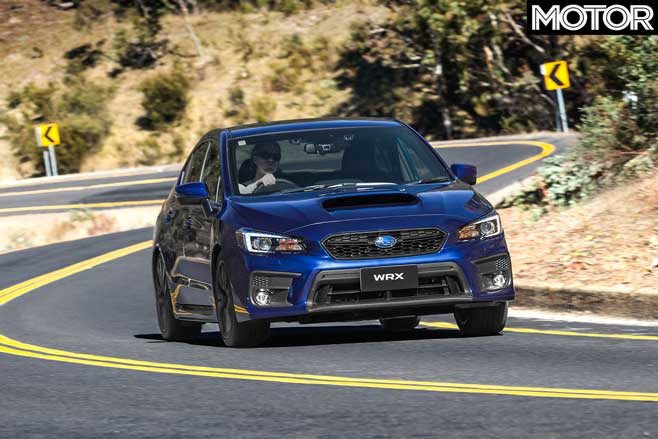 Which is the problem with the WRX – we’ve seen it all before. It’s a pleasant enough car: it rides well enough to be painless day-to-day transport, it’s still quick and will probably be very reliable, but it has a plethora of rivals that are very good to excellent: Hyundai i30 N, Renault Sport Megane, Skoda Octavia RS, Peugeot 308 GTI 270, Honda Civic Type R. Against such stiff competition, ‘pleasant enough’ is difficult to recommend. 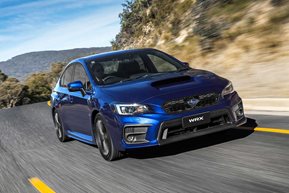