TURBO. GT3. RS. These nameplates have earmarked the ultimate Porsche in a model range for decades.

But as well as promising otherworldly thrust or nerve-tingling engine revs, these iconic badges have also shadowed the Gran Turismo Sport’s renown.

While the first GTS appeared with the Porsche 904 Carrera in 1963, then the front-engine 924 and 928 later on, it wasn’t until the Cayenne GTS in 2008 that the badge began to nestle itself permanently each model line-up.

What is the Porsche Macan GTS?

Slowly the GTS has shown it’s designed to be the best of the rest, integrating select bits from either GT or Turbo variants into the regular car without spoiling the brand’s renowned on-road manners.

This rings true under new Macan GTS’s bonnet. Unlike the entry-level model’s weedy four-cylinder engine or even the 3.0-litre S, the GTS borrows the Turbo’s 2.9-litre twin-turbo V6.

MOREHow wagons stack up against SUVs

It’s the same unit that first debuted in the Audi RS4 and then the Porsche Panamera, but outputs are detuned from 324kW/550Nm in the Macan Turbo to 280kW/520Nm, an 18 per cent drop in power and five per cent fall in torque.

This translates to a 0-100km/h claim of 4.7sec when optioned with the $2390 Sport Chrono package that adds launch control to the car’s seven-speed PDK transmission.

And while that is four-tenths behind the manic Turbo on a stopwatch, unleashing the GTS is still an eye-widening experience. 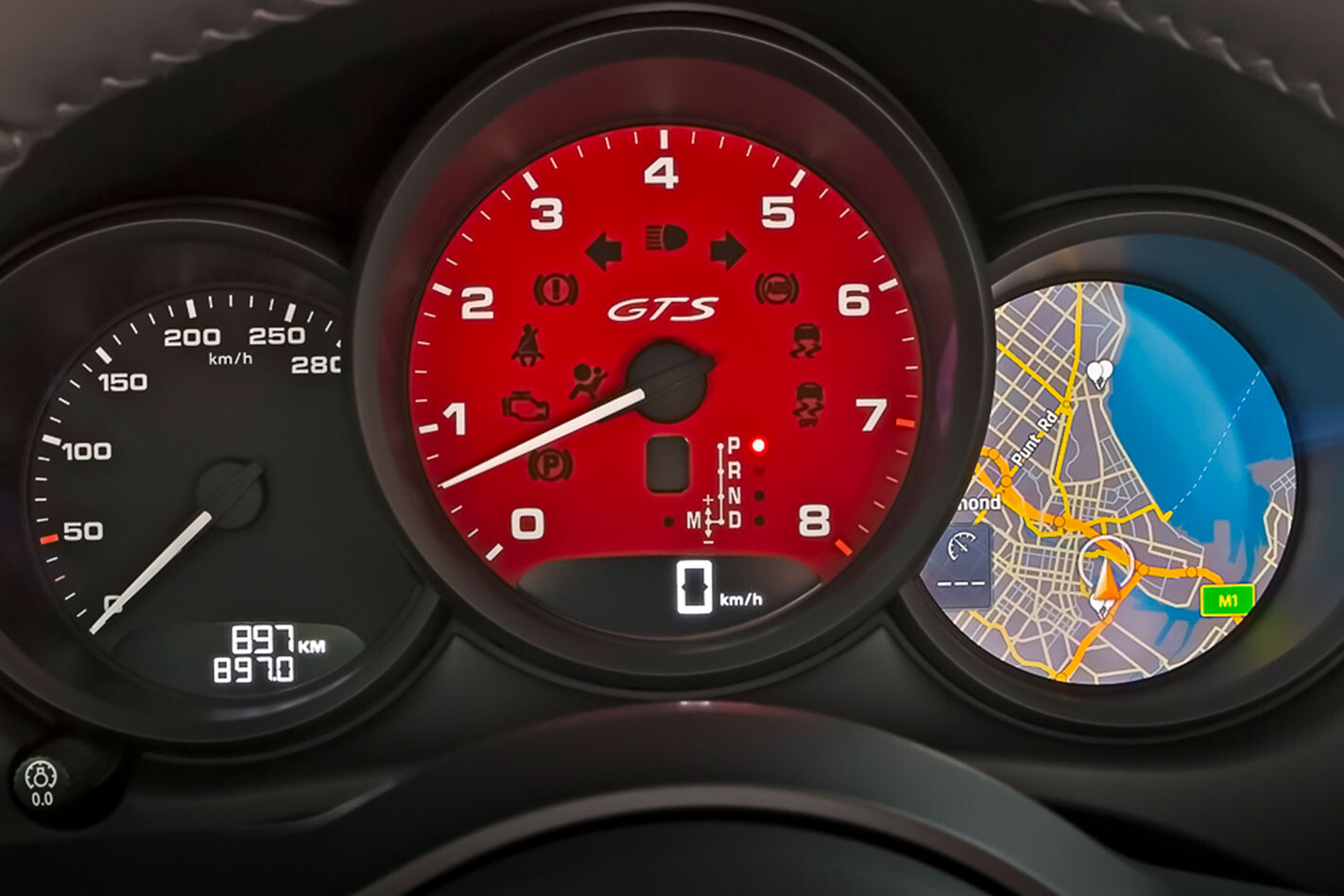 All-wheel drive and staggered-width Goodyear tyres catapult the GTS forward. The feeling of something that weighs 1910kg reaching 100km/h from rest quicker than a Volkswagen Golf R, which needs 4.8 seconds, is impressive – even if slightly unnerving.

But the Macan GTS responds to the road with more enthusiasm than a Macan S when you’re up to speed. Standard-fit adaptive damping lowers the GTS 15mm on unique 20-inch RS Spyder wheels that carry a surprising amount of tyre profile – despite their diameter.

Our GTS adds $3100 air suspension and scores a sophisticated ride quality in return. Its multi-mode damping offering varying degrees of comfort to pair with a firm secondary ride setup. 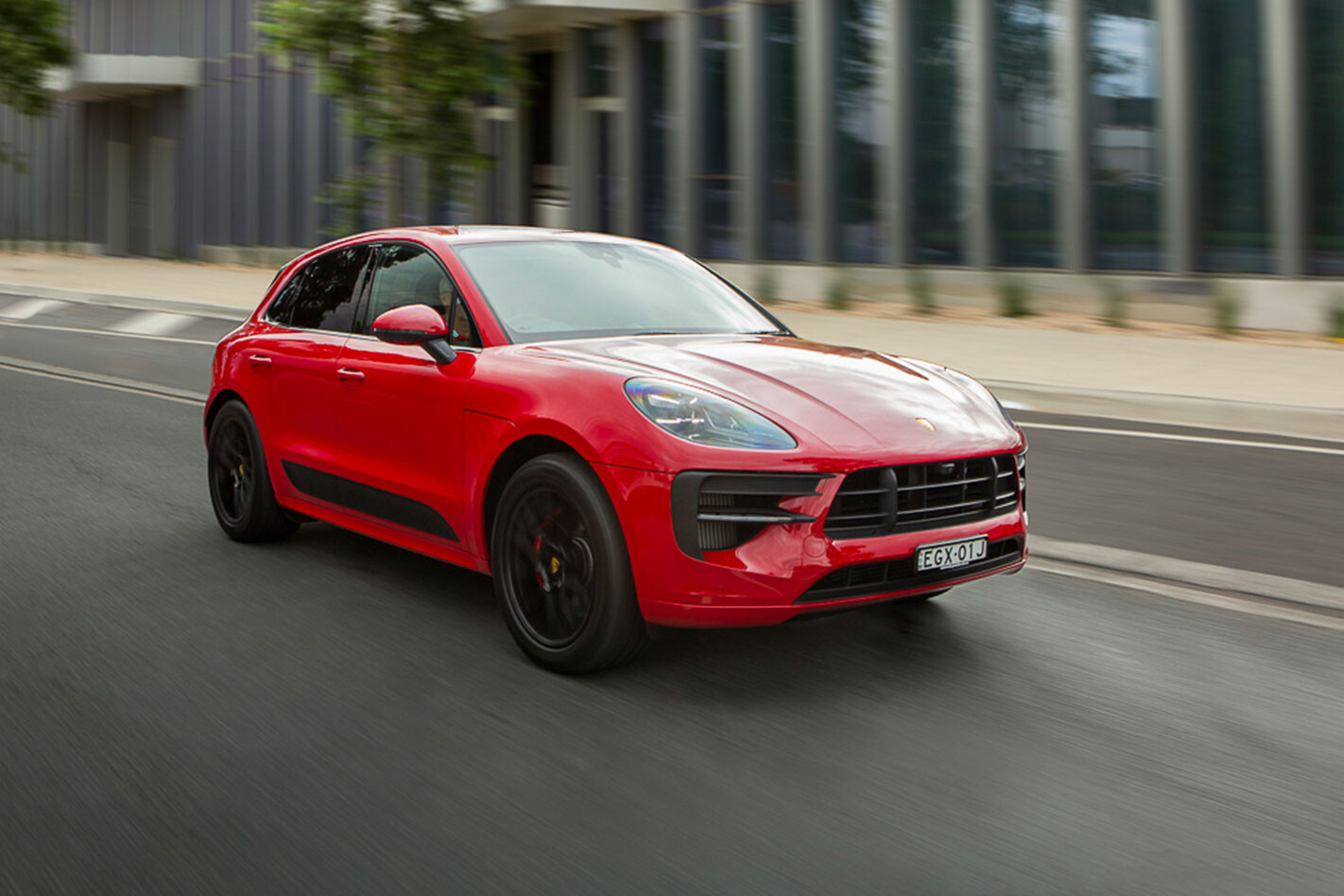 Although the air suspension drops the ride height another 10mm there's no escaping body roll, thanks to a relatively small footprint, supple suspension tune and higher centre of gravity.

Yet, there’s ample grip on offer – as well as options on how to use it.

The GTS is comfortable adjusting its attitude all the way through a corner, driving in with the nose before squatting under power on the way out. But we’d stick with the regular suspension if you’re after steely responses.

Helping the cause here are brakes from the S version that offer as much feel and control as the electric steering. But they’re far from being as involving as the standard-fit sports exhaust.

Otherwise a $5050 version on the standard Macan and S, the system unlocks a proper, hard-edged growl from the V6 that would otherwise struggle to generate ample theatre inside and out the cabin.

The Macan GTS doesn’t shout about how it justifies its $11,500 increase above the regular S. It’s always championed subtlety. Quickly, though, the value reveals itself.

A SportsDesign package leads the way here, treating the front grille, rear spoiler, side skirts and unique rear diffuser in matt black. It otherwise costs $6220, already closing the price gap to the S when you consider the sports exhaust’s price.

Leather inside the GTS cabin is stitched with a signature Carmine Red, while the rest of the space feels particularly full fruit – even if there wasn't our test car's optional audio and carbon fibre inserts. 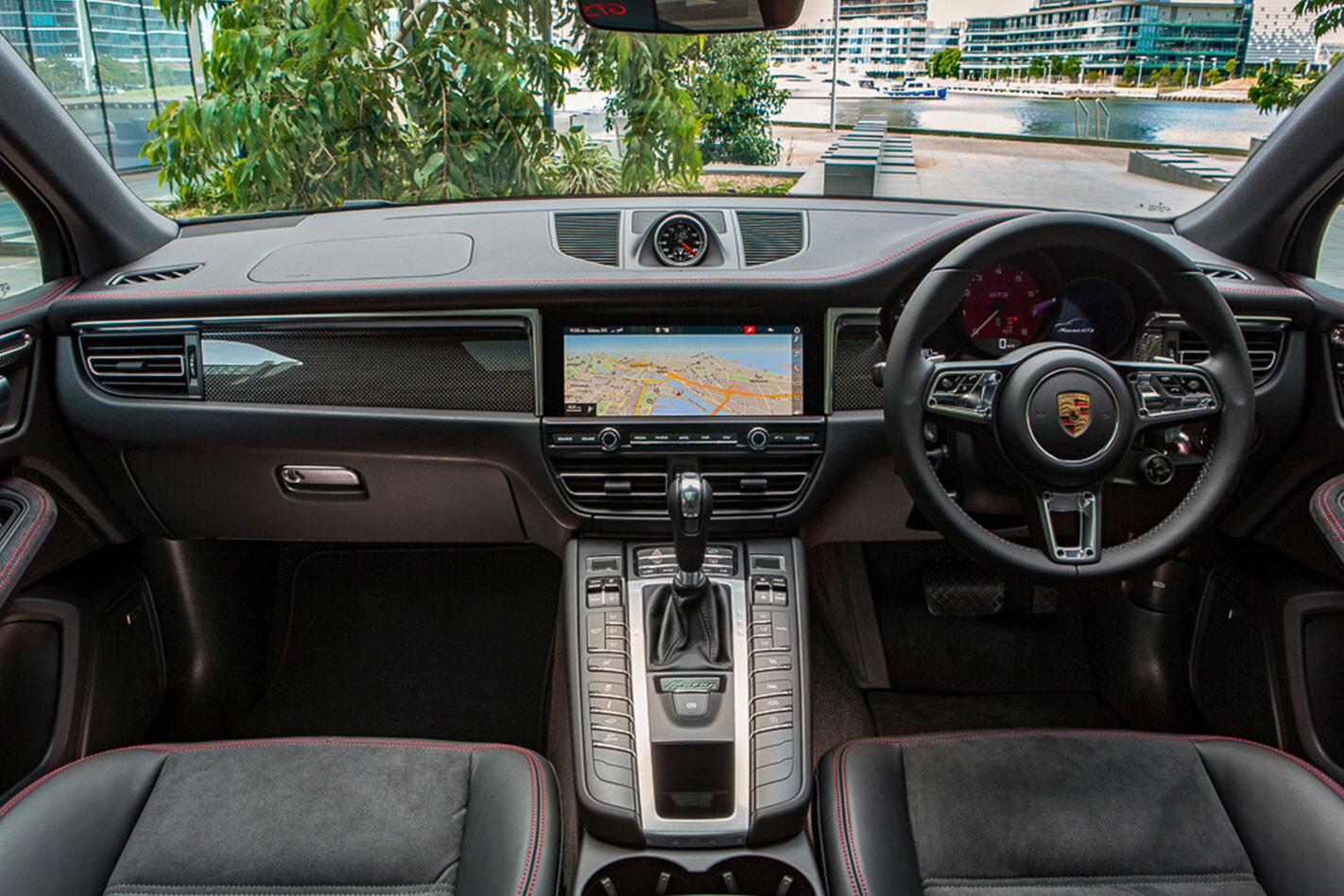 But the Turbo-spec powertrain delivers the most value here, otherwise only available in the Turbo that stands $32,900 over and above the GTS.

While this Macan won't be the most memorable GTS in recent memory – that honour goes to the 997-series 911 GTS – it delivers on the badge's ideals in spades. And that bodes well in the mid-size performance SUV market stacked with rivals from Mercedes-AMG, M Performance, Jaguar and Audi.

Before you go, make sure you subscribe right now to the planet's best performance mag by clicking HERE!