An Italian with a Japanese skeleton, we test the Abarth 124 Spider.

The Abarth 124 Spider recalls the Fiat motorsport outfit’s 1970s rally roadster icon, built around a brilliant dynamic donor in the form of the Mazda MX-5. A distinctive look and turbo power give the Spider appeal all of its own, and strong equipment and keen pricing see it make an equally compelling case on the value front.

The 2017 edition borrows its underpinnings from the current fourth-gen (ND) Mazda MX-5, before applying a nostalgic styling treatment that leaves just one exterior panel untouched.

The Fiat group provides the 1.4-litre turbo engine – the turbo being a power-adding feature historically available in very few MX-5 models, including the current one. 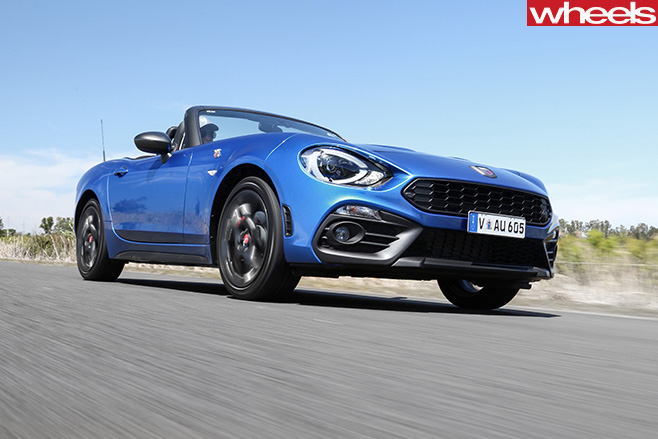 WHY WE'RE TESTING IT
Wheels was given a drive of the 2017 Abarth 124 Spider in the Gold Coast and Byron Bay hinterland and at the Gold Coast’s Norwell Motorplex as the model went on sale in Australia. 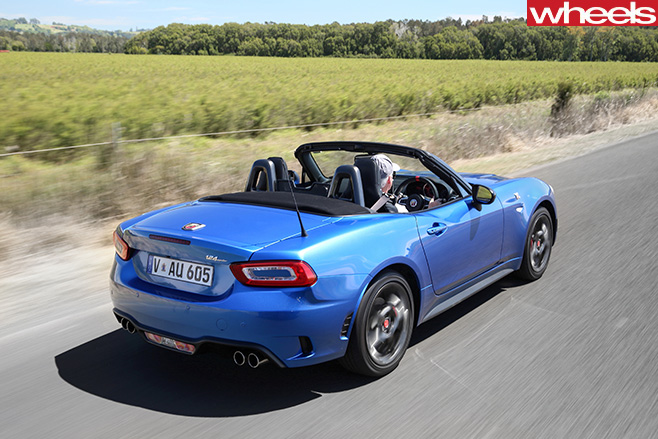 THE WHEELS VERDICT
It will ultimately be a matter of taste and brand preference whether you choose the Abarth 124 Spider or the obvious Japanese alternative, but the Roman – but still Japanese built – roadster does its bit to sway buyers with a distinct look, turbo torque and a solid value equation. And it’s a terrifically involving handler.

PLUS: Torque; speed; economy; equipment; sports suspension and brakes; auto still gets the mechanical LSD
MINUS: Polarising styling; you’ll forever be explaining what it is, despite the fact Abarth has been around since 1949 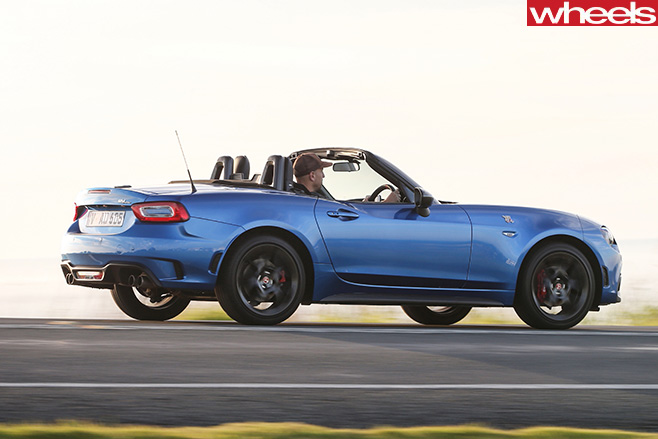 IT’S NOT surprising that Turin’s take on Hiroshima’s evergreen roadster handles much like an MX-5, which is already one of the world’s great steers.

Even if you consider the 124 Spider its own thing – it shares next to nothing with Mazda externally – and a nice nod to the Fiat racing division’s 70s rally star, comparisons with its step brother are inevitable … and the Abarth stacks up pretty well.

That the MX-5’s malleable handling and sweet ride/handling compromise (mostly) carry into the 124 is a great thing, but there are differences beneath the Italianate exterior. Mazda resisted enthusiast pressure to build a turbocharged MX-5 for 15 years, eventually relenting with 2004’s SE, but Abarth has no historical distaste for the snail. 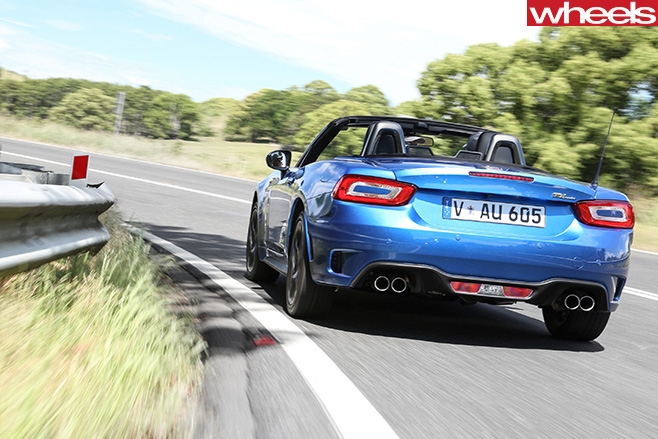 The 1.4-litre turbo petrol multi-air engine marks the big personality shift compared with the atmo 1.5- and 2.0-litre that usually reside beneath the bonnet. Yes, 250Nm at 2500rpm imbues the 124 Spider with a brand of low-rev effortless that you don’t get in the Mazda, which in 2.0 form is 20 percent less grunty at about twice the revs.

The little Fiat mill, familiar from the group’s small cars, has a subtly raspy character, and is firmly a torque engine – it doesn’t want to be spun hard, and you don’t need to when the 125kW peak is delivered at 5500rpm. Working the gearbox is a delight – it’s a unique unit, specced to transmit the extra twist.

It all works very nicely on the road, where the 124 Spider bites a bit harder, while the specs says it’s a fraction more economical compared with its atmo counterpart, and quantify the extra sting – half a second quicker 0-100km/h – despite the fact the Abarth carries somewhere between 50 and 100 more kilos (distributed 50/50). 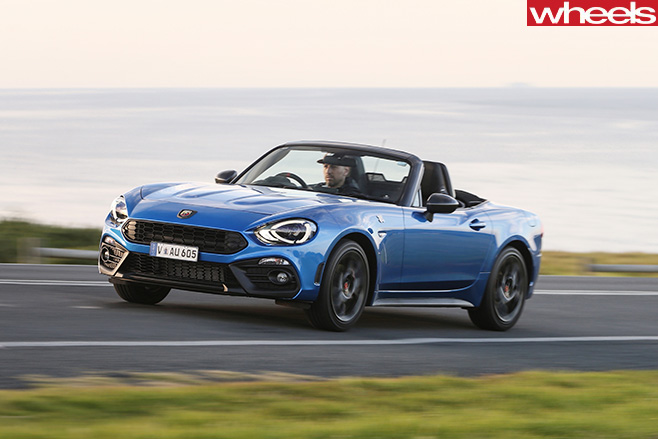 Mono-tube Bilstein dampers and four-pot Brembo front calipers come as part of the Abarth’s positioning as a motorsport slanted machine – and both are noticeable. The dampers, with stiffer anti-roll bars, tauten body control and remove roll as well as a bit of low-speed ride compliance, and the stoppers feel more powerful.

A sport mode enlivens the throttle response, beefs up the steering weight without polluting feel, and ups the ESC threshold. It’s said to sharpen the auto’s shifts too, though we didn’t get to drive it.

The exterior sheetmetal, polarising as it is, says this is something special and the cabin duly continues the theme while keeping the donor’s best bits, such as the 7in touchscreen and rotary controller, and classic-looking IP layout.

A persuasive suite of standard equipment (see sidebar) and keen pricing seal a convincing case to fly the Italian ragtop, especially if you take up the initial $43,500 drive-away deal for the manual.