Today feels like Christmas, graduation day and every birthday rolled into one.

We’re on the Nürburgring – not the Green Hell, aka the Nordschleife, but the immaculate Grand Prix track. And we have not one Aston Martin, but two. We nicknamed them King and Kong, but Jekyll and Hyde would work just as well.

Both were born up here in the Eifel Mountains where Wolfgang Schuhbauer, AM’s deputy research and development chief, hones Aston Martin road cars and prepares others for motor racing careers. Lined up in front of AM’s futuristic prototype garage/workshop and showroom, is today’s twosome: a green Vantage GT8 with loud lime accents and an orange-over-white V12-engined wonder, the V12 Vantage S.

When Merc-AMGs shift faster, Ferraris handle better, McLarens are quicker, Porsches have more traction and Audi R8s last longer, why on earth would you want to spend supercar money on two virtually evolution-free eight-year old sports cars? Well, for a few reasons.
Launched in 2005, and updated in 2008, the Vantage is a right looker even after all this time. 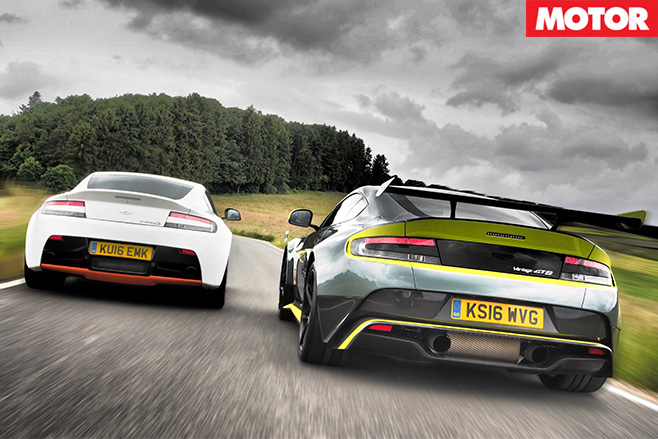 Then there is what’s lurking under their bonnets. In an earlier life, Aston was considering replacing the V8 with a twin-turbo straight-six, and the V12 with a blown V8, both from Mercedes-Benz. While a plug-in hybrid was also a possibility, an all-electric model was not. So while technologically disadvantaged, atmo engines like those we have here are real treats, delights we all should take any chance to savour.

Our green machine is based on the entry-level Vantage, whose centrepiece is a 4.7-litre DOHC V8. Aston Martin has built the GT8 as a limited-edition tribute to its GTE racer. And as with any racecar, weight has been made the number one enemy. Carbon-fibre panels and seats, and a lithium-ion battery, help it shed 80kg from the regular V8 Vantage, no mean feat considering its part-aluminium construction. But owners can take that figure to 100kg by ticking the box for polycarbonate side and rear windows, a carbon fibre roof, and magnesium wheels.

With optional titanium exhaust or not, a freer-flowing system helps the V8 find another 7kW to help it muster 328kW at 7300rpm. Torque is equally lofty, the carried-over 490Nm delivered at 5000rpm. With 1510kg to shift, it takes 4.4sec to hit 97km/h before reaching an estimated 305km/h top speed. 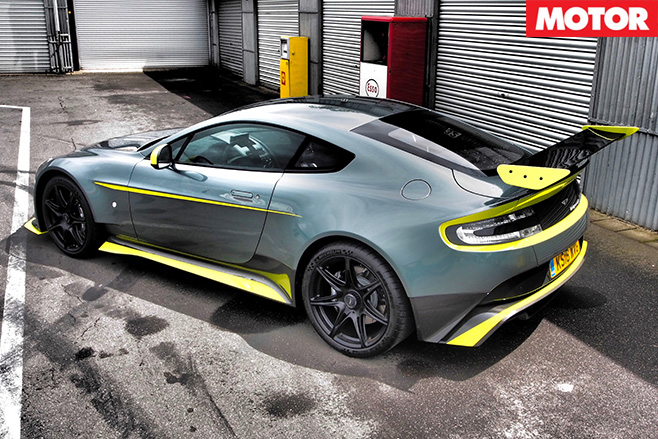 On the other hand, Aston Martin’s decision to reload the V12 Vantage S with a manual transmission has further rarefied our pair, as it’s the only V12‑engined car on sale with a manual transmission. It went to some lengths to do so, but we’ll get to that later. On numbers the unchanged 6.0-litre V12 manages 420kW at 6650rpm and needs 5750rpm to rally its 620Nm. And despite carrying an extra 155kg, it’s the quicker car by some margin, vanquishing 100km/h in 3.9sec and nudging 330km/h in top gear.

Performance isn’t the decisive factor here, though. What separates them is the way they sound, respond to throttle, decelerate, and hold the road. “We wanted to move these two models as far apart as possible,” explains Schuhbauer. “That’s why they look different and feel different.”

The GT8 is, according to Herr Schuhbauer, “a focused track tool which makes it very clear that performance is its top priority.” One stab at the starter button confirms this. First, there is thunder. Every time you blip the throttle, the engine sounds like some dirty air has triggered a vulgar misfire. 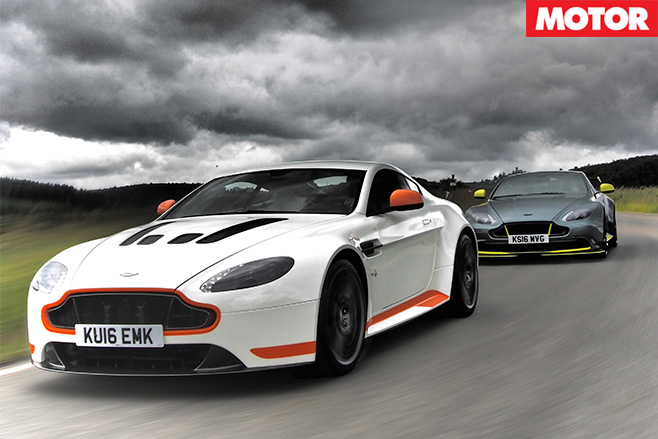 Then, there is lightning. Back off at high revs in low gear and it might even spit fire. It’s an assault on the senses so vicious it’s almost physical. “We’re not quite done yet with the fine tuning,” admits Schuhbauer, grinning from ear to ear. We're stumped as to how Aston Martin had it approved for road use, but very happy it managed to do so.

The V12 S is quieter yet no less addictive, and benefits from a new manual gearbox. It’s the first time since 2013 the maker has mated its Vantage’s V12 to a manual. Graziano, the transmission’s manufacturer, actually developed it from the car’s mid-mounted seven-speed automatic. This means that, with seven cogs, the shift pattern sports a dog-leg, making it very useful for the work we planned for it today.

Rowing through gears on road reveals Aston has rediscovered the charm of purity. In earlier Vantages, DIY-transmissions were hampered by sticky shifts, an indifferent action and odd gearing that blocked the path to top gear. But our stubby suede lever moves in speedy and short throws, the feedback is reassuring and the double H-gate is more intuitive than the shift pattern suggests. It’s not exactly a precision instrument, but it’s an improvement and not taken for granted. 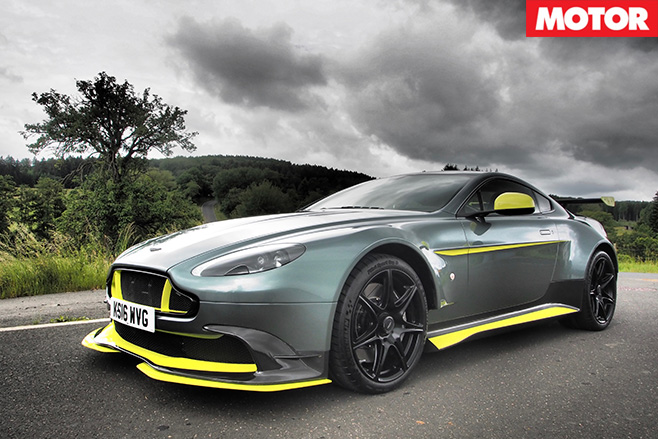 Meanwhile we wish we had the manual 'box ticked in the GT8, or at least the Sportshift III transmission on which the V12’s manual transmission is based. But the car persists with Sportshift II – which does the job, but in this age of performance its refinement and shift speed makes it feel a generation old.

As our test route changes from road to track, there’s no need to deactivate DSC in either car. The in-between stability control setting provides a long enough leash to keep drama from becoming tragedy. However, both are hardcore driving machines, not luxury sports cruisers like the new DB11, so it pays to remember the handling is defined by a strong rear-wheel bias.

And while that means courage is required to breed confidence – asking you to turn in later, carry more speed into corners, and keep revs up as you toe the thin line between grip and slip – their behaviour diverges at the absolute limit. The GT8 being the more capable but more frightening machine. 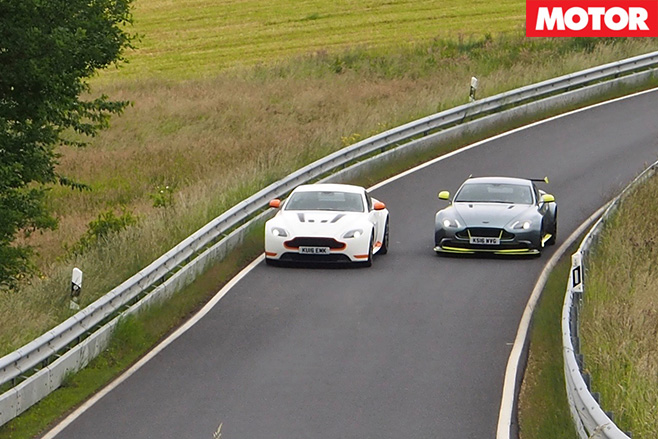 Sure, it uses harder springs, stiffer dampers, tauter bushings, more aggressive brakes and as much carbon-fibre as the firm’s Le Mans racer, but what really sets it apart from the V12 is its tyres.

The GT8 runs on shaved hard-compound Michelin Pilot Sport Cup 2 rubber. When cold, take proper caution. Because on rainswept blacktop it’s hard work to inject them with any heat, and on the low-friction GP circuit their ruthless breakaway behaviour can scare you witless.

Our green machine also feels different in hand, literally. Both cars use a hydraulic steering rack, and at only two and a half turns from lock-to-lock, neither is slow to change direction. On public roads, however, the GT8’s direction-finder is relatively heavy. Its quick action is overshadowed by average response, and the self-centering motion is largely your responsibility. 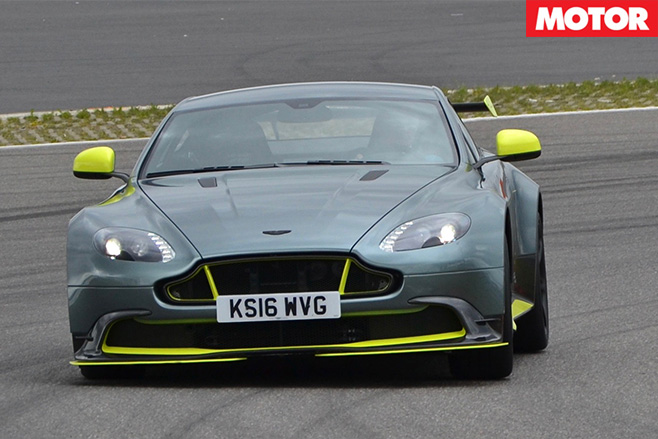 But on track the steering works in perfect harmony with the unique toe and camber settings, unequal-diameter anti-roll bars and special tyres. At maximum attack, like in early 911s, it's capable of subtle 200km/h-plus understeer as well as snap-oversteer. When there is enough room to move, it’s enthralling, capable of sorting the men from the boys. But don't underestimate it, as it can just as easily turn heroes into nervous wrecks.

In contrast, the V12 S is a much more composed and friendlier machine to use. Whether on track or road, the steering trades the GT8’s sharpness and involvement for a wonderful lightness and fluidity. The Pirelli P Zero footwear found on the V12 has a completely different attitude, too. They warm up more quickly and breakaway much more smoothly. Heat can become an issue when you feel like donning the Ricciardo outfit, but it’s not a problem for blasts on the open road.

Interestingly, despite costing less, it’s the V12 S that has the fancier brakes. Its carbon ceramic discs are drilled, ventilated, and wouldn’t look small on a truck. They also deliver on their impressive looks, being progressive, strong, and full of stamina. The GT8 makes do with smaller steel rotors, but they’re no less impressive in feel or feedback. 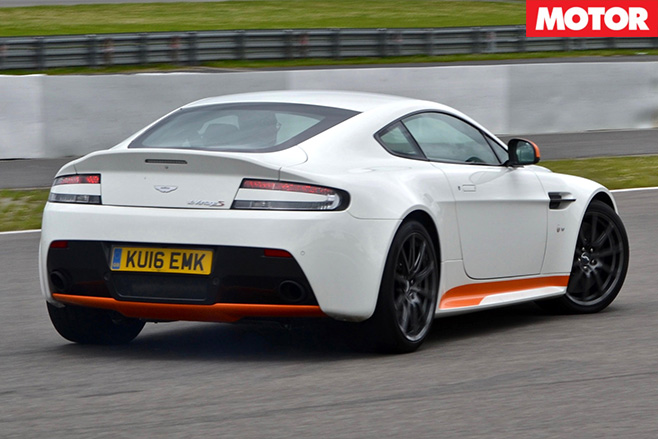 However, while both cars serve up differing suites of characteristics at the limit, there are typical drawbacks to the Vantage DNA that neither can escape. Inadequate gear changing, the hopeless infotainment system, old-fashioned ergonomics and tight packaging all mark down an otherwise impressive package. As a consolation the design department can be applauded for finding extra millimetres of knee and legroom by tapering the seats. But there's still not a plethora of space for the long-limbed.

If you are in the market for a track-focused plaything and not keen on the popular 911 GT3, try and find one of 150 sold-out GT8s. It's an instant collectible, one Aston Martin fans will stare at in awe, what with its€€1500 (AUD$2200) carbon-fibre badges (each!), even pricier magnesium centre-lock wheels or the hugely expensive exterior carbon-fibre pack complete with side strakes, bonnet louvres and black grille.

Understatement is certainly not a phrase to be used in conjunction with the GT variant. The fixed rear wing would rival a Qantas jet's, the low-flying triple-decker front spoiler is wince-inducing over speed humps and the lime accents are blindingly bright. If that’s not flashy enough, though, a GT8 convertible can exhibit you to the public strapped into its devil-black racing buckets. 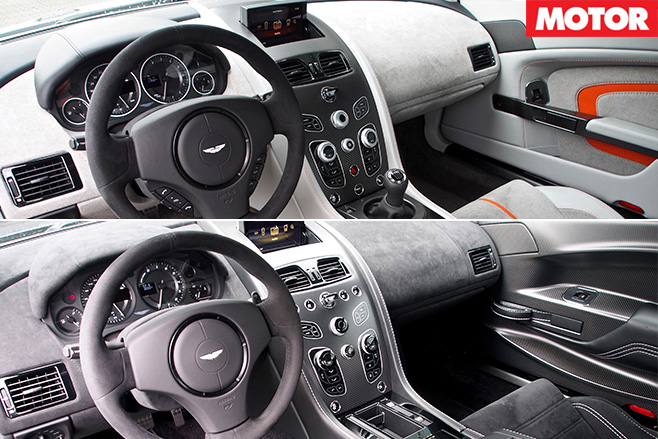 In the V12 S, driver and passenger benefit from wider and less radically contoured chairs trimmed with Sunkist leather accents. It’s garish for sure, but a welcome change from the flock of triple-black lookalikes that plague the market. Its drive experience, which puts the driver in charge of more gears than you need, isn't as focused as the GT8's, and that's not to mention the thirstier engine which rests heavier on the front wheels.

Having said that, the Vantage 6.0-litre V12 is a much more accessible piece of kit. It's also better balanced, more forgiving and less of a hooligan in attitude and appearance. 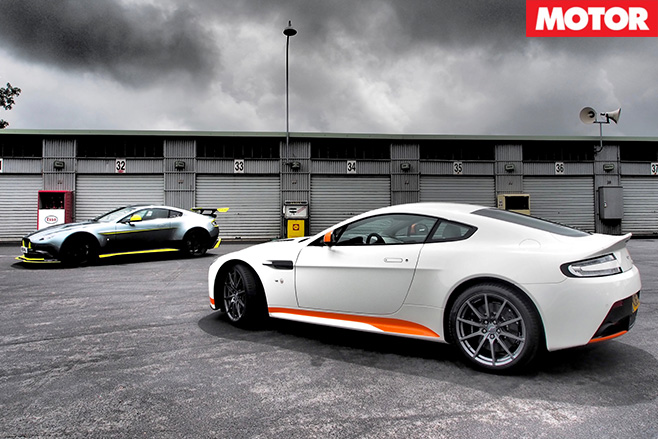 Make no mistake, these two are fast and involving sports cars that demand respect on less than perfect tarmac. It’s just they feel like they’re from a different era – not necessarily in a bad way. For reference, think pre-964 Porsche 911s, earlier Corvette Z-models and old supercharged AMGs, and that’s the niche the Vantage calls home.

But honestly, if it were our money, we would either grab one of the first DB11 coupes or put our name down for the Vantage replacement out at the tail end of next year. 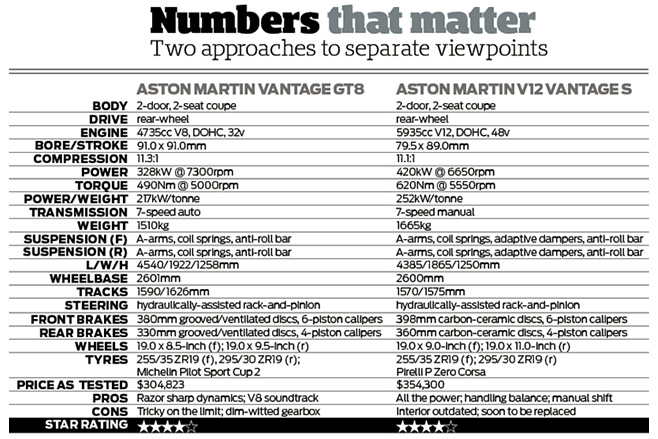 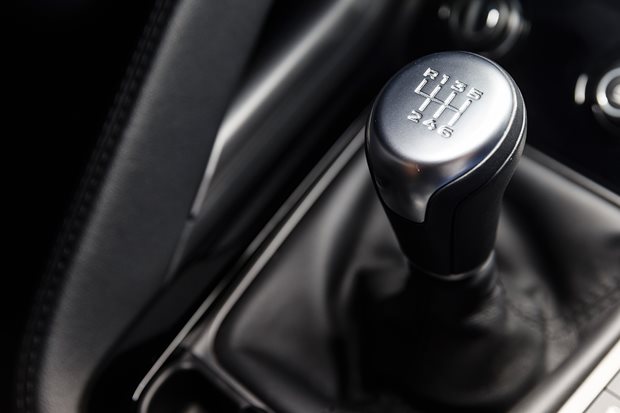 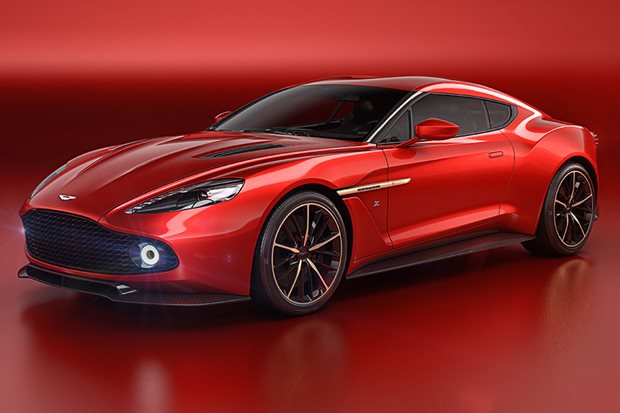 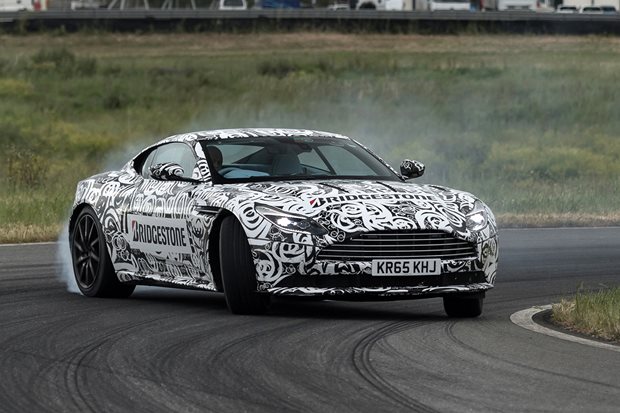 We get an exclusive first steer in the prototype version of the forthcoming Aston Martin DB11. 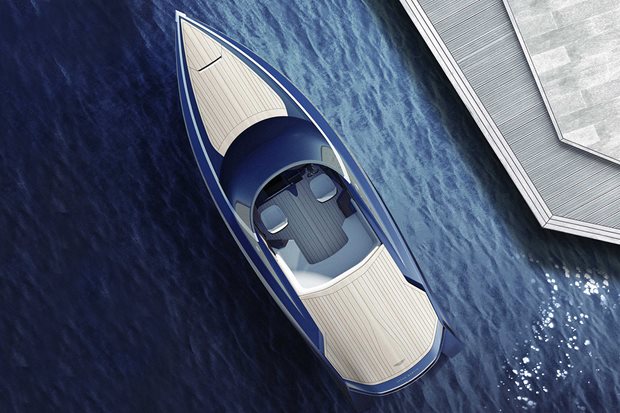