They want the best gear, but have less of an idea.

These are the kind of folks that, when shopping for a shrunken sport hatch, would shoot straight for Audi’s updated A1 1.8 TFSI Sportback.

Like a weight-lifting dwarf in a Calvin Klein suit, the A1 Sportback is small, classy, a little aggro, and quite subtle in dark grey – as if Audi’s thrown a cloak over its barrel-chested S1.

It uses the range topper’s front bumper that has larger gapes flanking the centre grille. The S1’s sexed-up Xenon headlights have also been swapped in, which bear new LEDs, while Audi has opted for a bit of red lipstick on the front lip spoiler to replace the aluminium look on the range topper.

It even smuggles into its nose the same series engine as the S1, but with a smaller displacement: a 1.8-litre EA888 producing 141kW and 250Nm in place of the old twin-charged unit from the 1.4 TFSI Sport variant it has replaced. 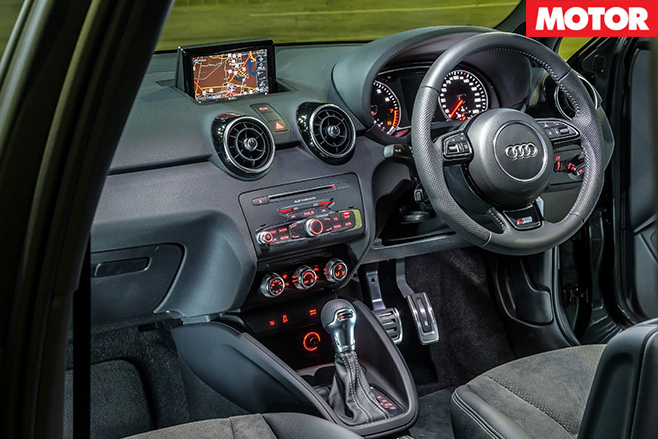 It bears 5kW more than the 1.4-litre, however without a manual option – for that, you’ll need the $50K S1 – but you won’t see 350Nm like its GTI-badged VW cousin does. Instead the 1.8-litre wields the same 250Nm matched to a seven-speed dual-clutch auto.

Leaving Brisbane’s inner-city exposes the first chink in the drivetrain’s armour: the transmission fails to smooth out start/stop system engagement and early throttle tip-in.
As roads start to flow and velocities increase, however, it’s largely faultless. It’ll accept third-to-second downshifts while coasting and upshifts are almost instant – though it does grab a cog earlier than its 6500rpm redline.

Not that it needs to go there. While the 1.8-litre’s linearity and smoothness delights, the party’s over by 6000rpm, just where the old twin-charged 1.4-litre felt most frenetic and alive. The engine also fails when going uphill to make urgent progress in tall gears, despite dropping 10kg in its updated dress. It still hustles pretty quickly, though.

It carries decent mid-corner grip and the inside-wheel braking system works stealthier than a ninja, while at up to seven-tenths the 1.8-litre’s sports suspension does an admirable job of soaking up impressions, even on optional 225/35 R18s. 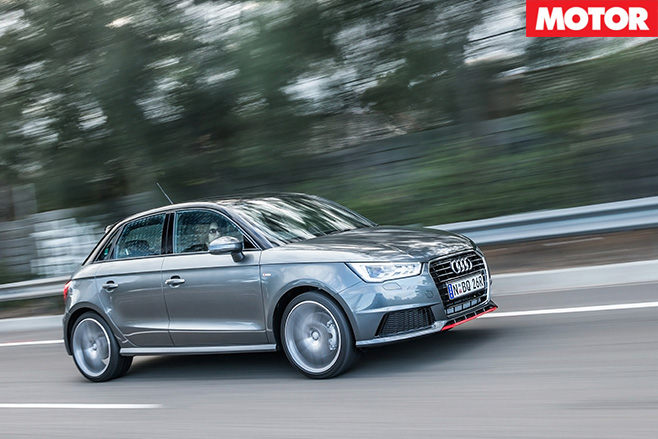 Things get ragged the harder you push, though. On corner entry a lot of weight falls on the outside front, but the strut set-up can’t translate that to turn-in. And the dampers’ lack of travel isn’t assuring when covering broken surfaces at speed.

Its new electro-mechanical steering system feels sweet, accurate and well weighted, but it can lag when bleeding off large amounts of lock.

In saying that, there’s still a lot going for the A1 1.8 TFSI. Many will have it for its polish and handsome looks alone. But at $40,000 it summons some serious rivals. Them, and even some cheaper hot shots in this segment, would easily hold this chic urbanite’s head under water.

For a hatch that prioritises sauce over style, there are other places to look. 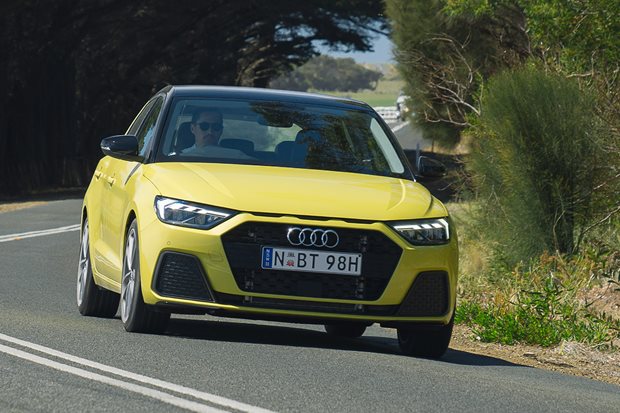 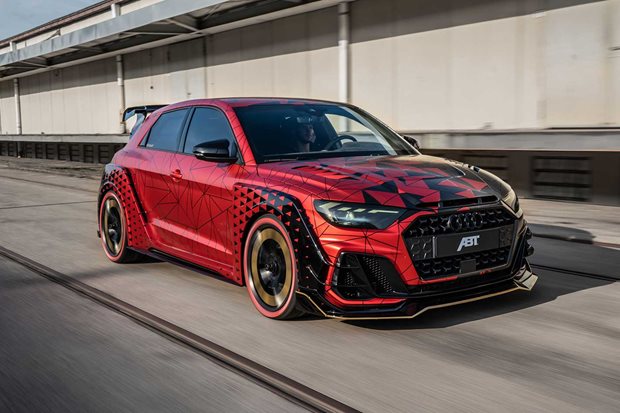 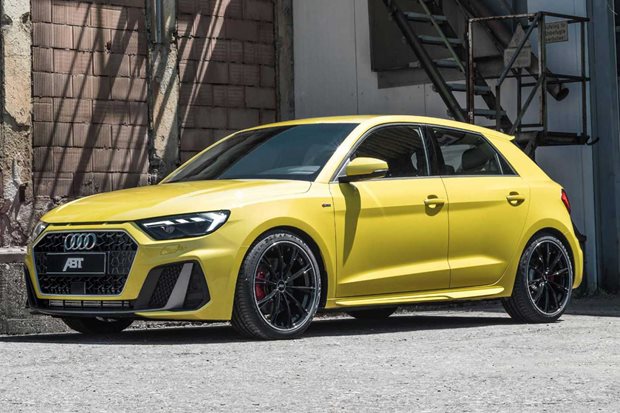 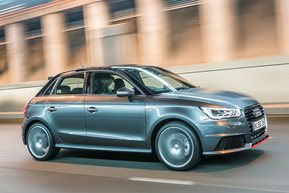