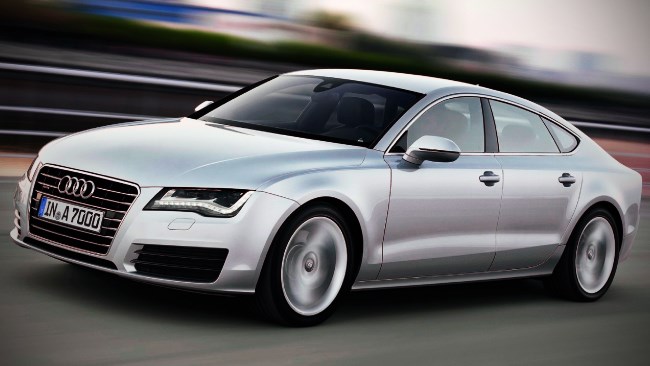 AUDI’S new A7 Sportback is meant to do for the A6 what the A5 Sportback has done for the A4.

That is, add a touch of class and glamour to a conventional sedan that sits one numeral lower down the scale, while not being so large and expensive as to tread on the toes of the one above it. So the A7 is longer (and pricier) than an A6, yet smaller (and a little cheaper) than an A8.

Underneath the skin, conversely, lies neither A6 nor A8. Not yet, anyway, because it’s the next-gen A6 that’s due to share the A7’s all-new platform. It’s a mostly steel monocoque, with aluminium in parts. Aperture closures – doors, bonnet and bootlid – are aluminium, too. All up, that means a kerb weight from 1795kg (1845kg for our test example), in a class where nearer two tonnes is the norm.

Ah yes, the class. While the A5 Sportback has a curious little spot in the market virtually all to itself, the A7 already has the BMW 5 Series GT and Mercedes-Benz CLS for company.

The A7’s hatch lid (complete with integral rear spoiler that will presumably be of more use when an S7 arrives) swings upwards to reveal a tidy 535-litre boot, and rear seats that split and fold.

Space is good in the front; merely adequate headroom in the rear is the trade-off for the sloping roofline.

At the global launch in sunny Sardinia I spent most of my time in the TDI, in non-S-line trim.

How is it? Well, slightly disappointing. For an all-new platform, it doesn’t feel too distinct from other big Audis. There’s electric power steering, which, although efficient, is overly light at low speeds, reduces its assistance too artificially at higher speeds and is, as you might expect, utterly devoid of feel. It’s accurate and responsive enough, mind.

The handling is on the inert side, too, despite the A7 getting new-generation quattro drive that generally transmits 60 percent of the power to the back axle. Still, it’s a grippy enough chassis and, to the A7’s benefit, none of its rivals are desperately sparkling to drive, either.

Air springs are optional on the A7, too, and were fitted to every test example we tried. The resulting ride? Pretty good, even on a variant with 265/35 R20 tyres.

A real highlight is the TDI’s drivetrain. The engine is new, apparently 25kg lighter than the one it replaces, and frugal. All models get stop-start and a part-time alternator to reduce engine drag. The result with the 3.0 TDI quattro is 6.0L/100km on the combined cycle, despite a 6.3sec 0-100km/h time and 250km/h limited top speed. But better even than the figures is the smooth and slick delivery.

And that’s before you chuck any options at it. No doubt an air-sprung, internet-connected A7, with ventilated seats, head-up display, B&O audio, night vision, double glazing, auto tailgate, keyless go, and LED lights will come with a price starting with a two.

Can the A7 justify it? Sure. In fact, turbine-quality V8 TDI and extra rear accommodation aside, the A8’s appeal is slightly diminished next to a choicely specified A7. And regardless of whether you think the Sportback should have more engaging driver appeal, where Audi is concerned, more often than not, it’s the visuals that count. 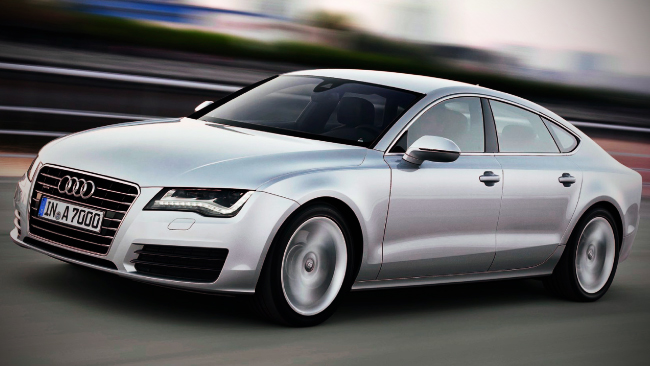 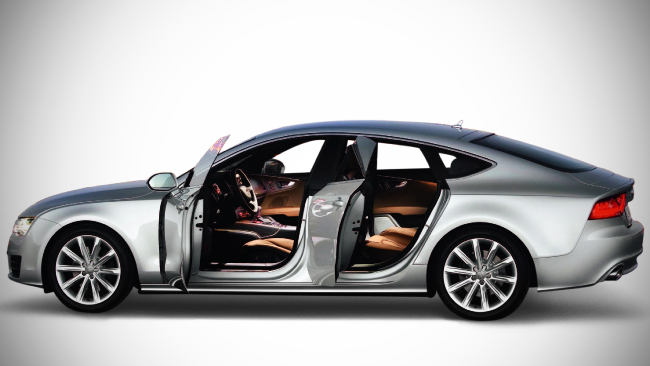 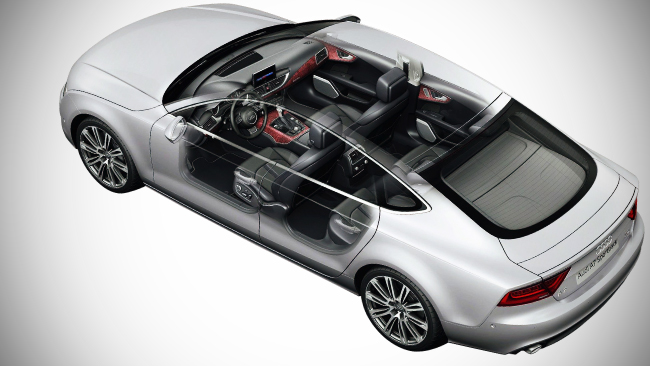