The Wheels Verdict: The second-generation Q3 makes significant leaps in three key areas: packaging, equipment and dynamics. It’s usefully larger than its predecessor, and more flexible in its ability to carry both people and cargo. Spend the money on options, and there’s very little by way of comfort and convenience equipment you’ll miss out on. It’s not powerful nor quick in this spec, but crucially, it is an enjoyable, cohesive thing to drive. 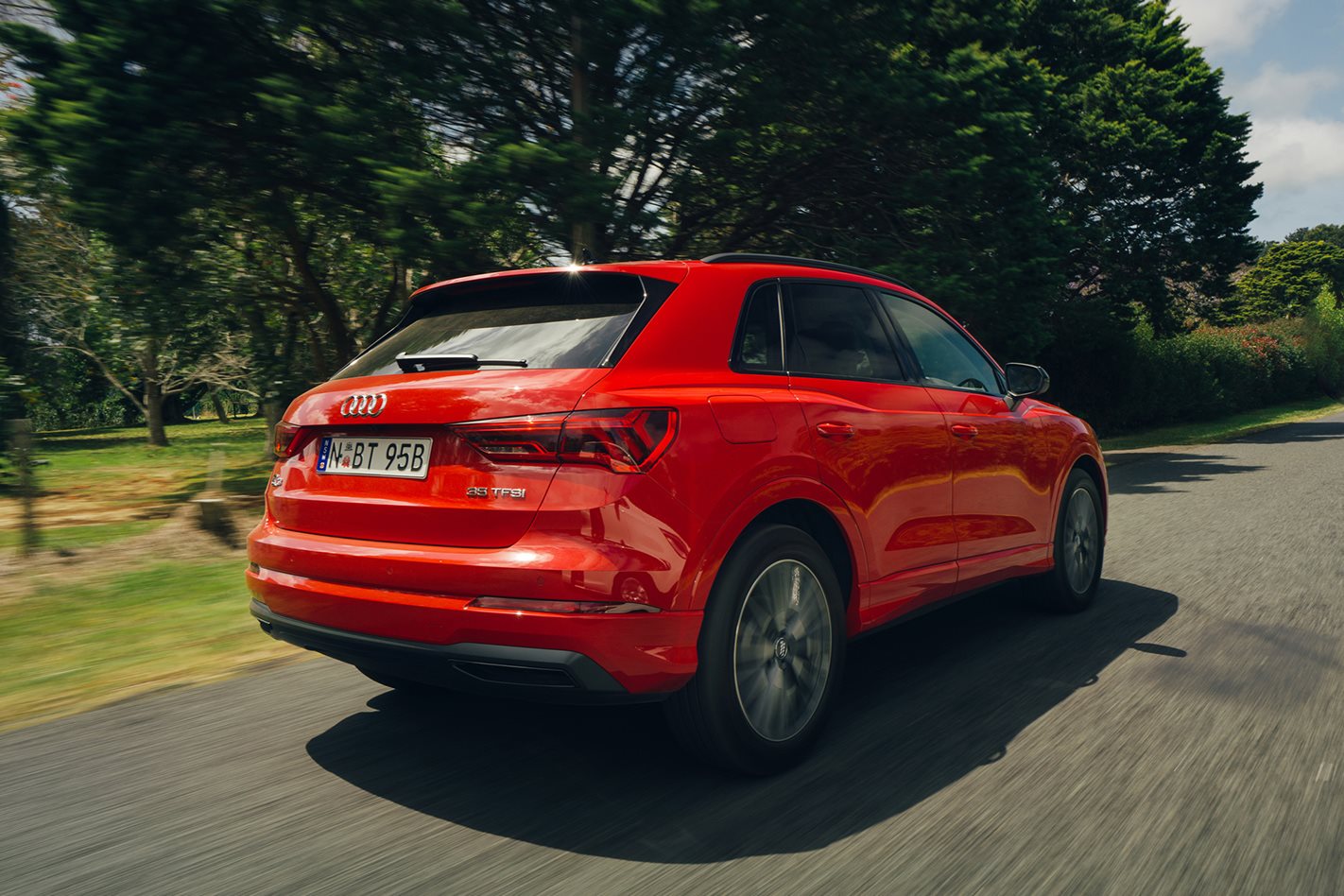 The first-generation Q3, launched in Australia in 2012, was a big hit for the German brand, consistently topping its segment. Audi is pinning high hopes on this successor, which we drove in the hinterland of the NSW far-north coast. 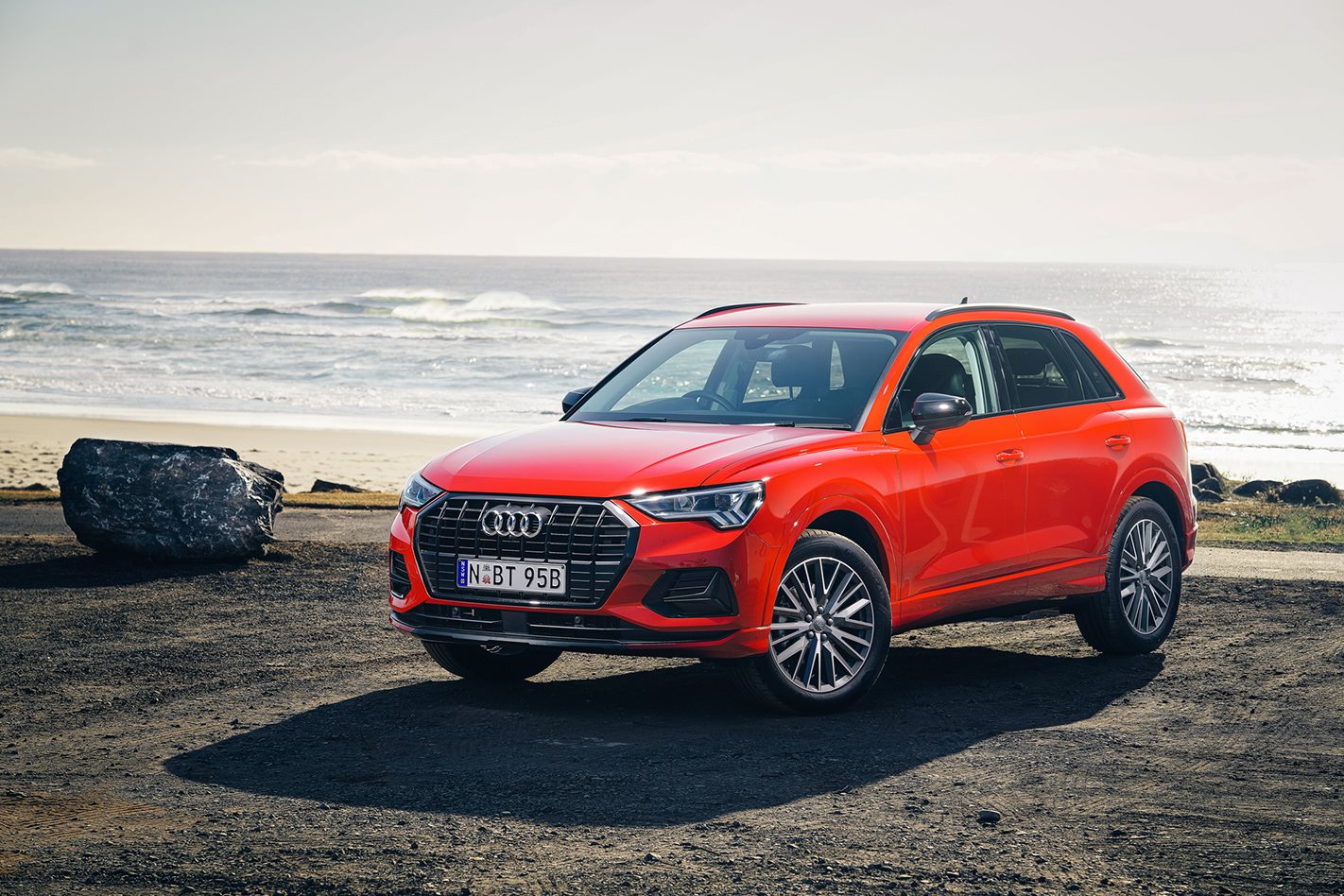 We can thank Audi’s sub-compact Q2 SUV for allowing this second-generation Q3 to mature into a far more spacious, useful and appealing offering than its predecessor.

Not that the original Q3 struggled; it was consistently a segment sales leader since its inception in 2012, and sold over 19,000 units in Australia over that seven-year period. But it was cramped for adults in the back, a bit tight for luggage space, and had a lumpy and often restless ride on Aussie roads. All of which have been addressed with the second-gen model, which launches initially with two equipment levels and just one powertrain: a 1.4-litre turbo-petrol powering the front wheels.

But first to packaging, as this is central to making the Q3 viable for young families. The stretch in wheelbase (up 77mm) has brought a rear seat that happily accommodates adult legs even when the front seats are set well back, and increases luggage space to a minimum of 530 litres, up a hefty 70 litres. The rear bench can be moved fore-/aft by 150mm to free up more boot space when only small kids occupy the back, and the backrest tilts in seven stages, while also split-folding 40:20:40. Fully folded, rear cargo space becomes a generous 1525 litres. 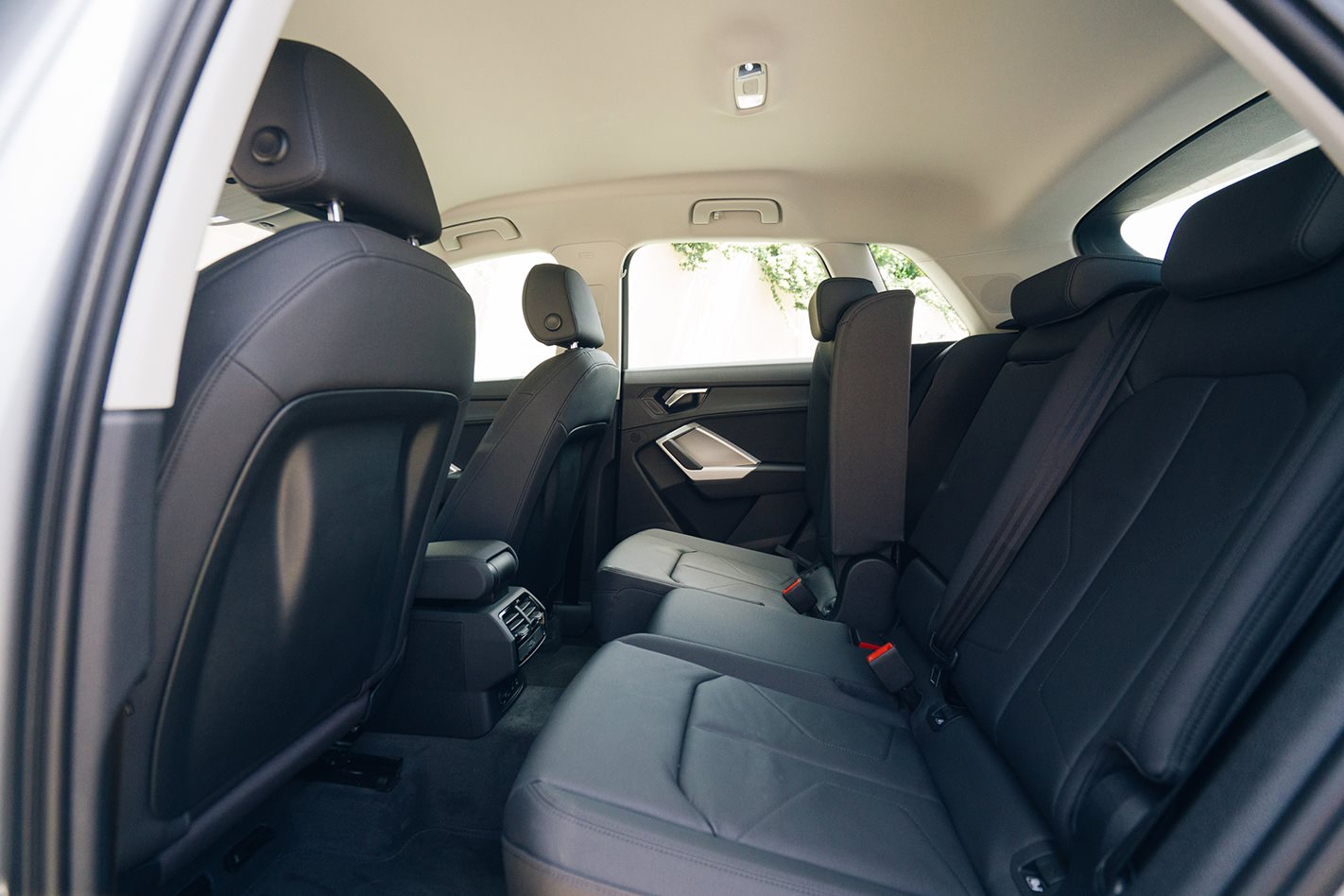 Up front, the seats are a little short on under-thigh support, and if you want electric adjustment, you’ll need to pony up for the Comfort package ($2600) which also adds a host of other desirable equipment. But the driving position is flawless, the standard inclusion of the Virtual Cockpit dash display is a winner, and the integration of the 10.25-inch touchscreen is beautifully executed. It all drips with that lush Audi feel-good factor.

Even the small engine doesn’t really detract from the driving experience, given its healthy torque and rev-happy character. Okay, it’s a bit frenetic when really wrung out to max revs, but mostly quite adequate for even press-on driving, and perfectly agreeable for general duties, especially now the dual-clutch transmission is so well calibrated. It’s a shame there are no paddles in this range-opening spec, but the gearbox’s ability to interpret your intentions means it’s not an issue in anything less than attack mode. 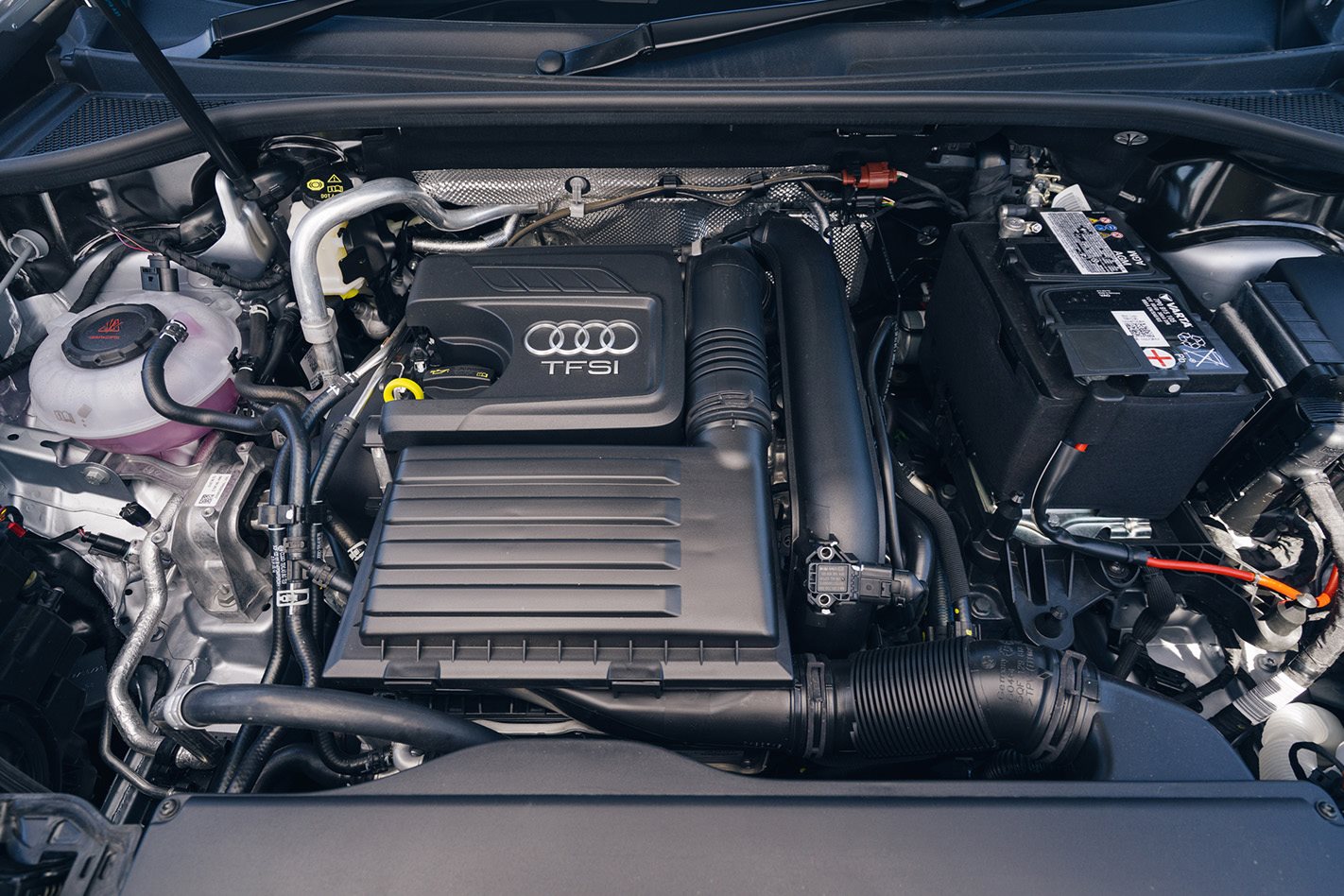 Likewise the front-drive layout. The vast majority of buyers won’t miss an all-wheel-drive system; those who do think they need it can wait for the bigger-engined 45 TFSI Quattro due in the second quarter of 2020. As is, this 35 TFSI gets its modest mumbo down pretty cleanly, and overall performance is more sprightly than the 0-100km/h figure of 9.3sec suggests.

It even rides with reasonable compliance, especially on the standard 18-inch wheel and tyre package. Things get a little more terse on the 19s that are part of the richly specced Launch Edition ($6350 over the $46,400 basic car for additional equipment that would tally to over $10,000 if added separately) but adaptive dampers (not fitted to our test cars) are available for $2000 and would likely help the ride/handing balance. 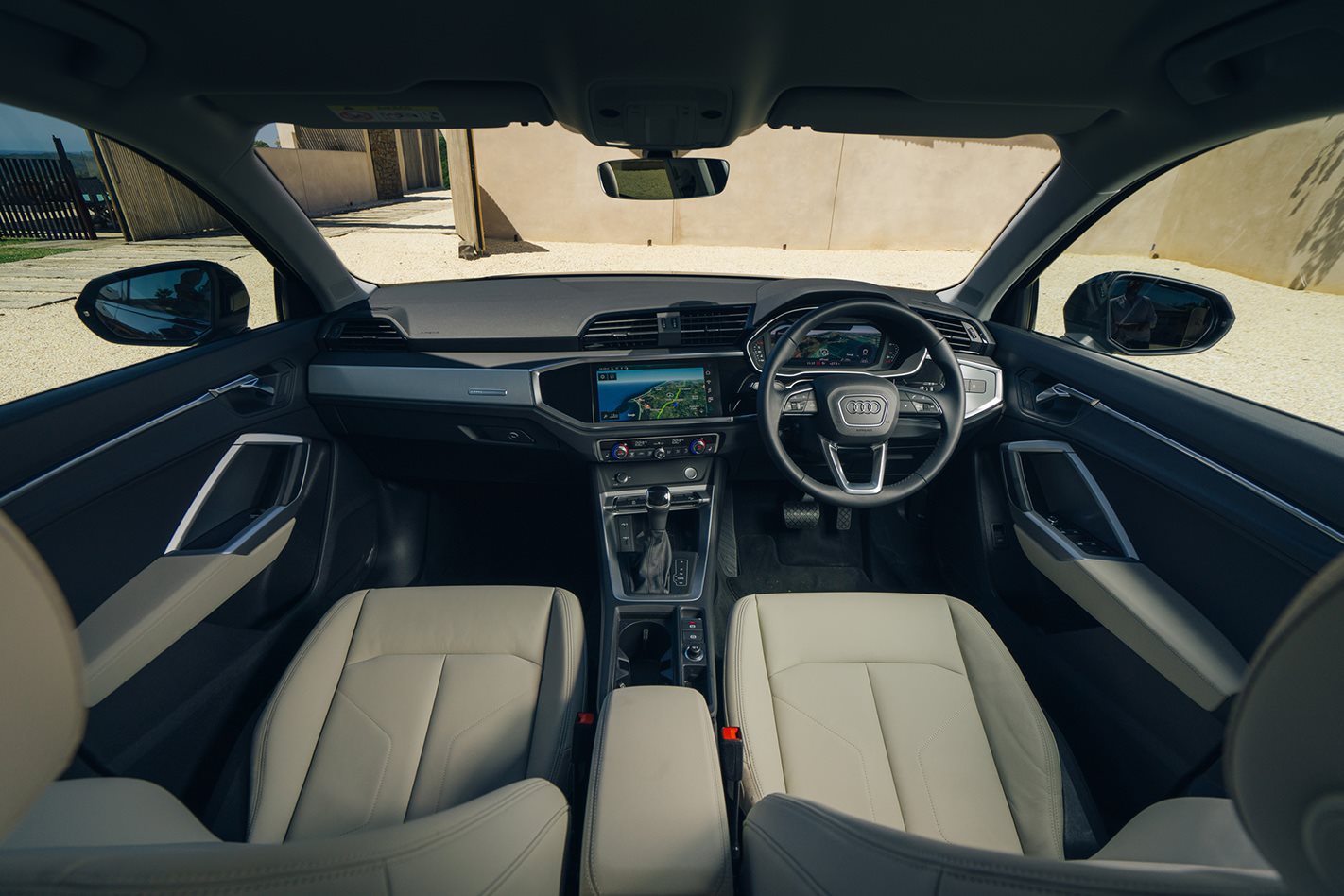 The steering, meanwhile, loses nothing for not being offered with the various weightings that come with the optional Drive Select set-up. It’s typical Audi in that there’s little actual road feel, but it is consistently weighted, and nicely direct. Overall, there’s an alertness to the Q3’s responses and a generally engaging, mostly cohesive vibe to its on-road behaviour.

So all pretty positive, then? Sure. The only potential fly in the Q3 ointment is a Swedish one, in the form of our reigning COTY, the Volvo XC40. It’s slightly larger, has similar standard equipment, a more powerful 2.0-litre turbo engine, eight forward ratios, and, in T4 Momentum spec, is just $500 more expensive than the entry-level Q3. 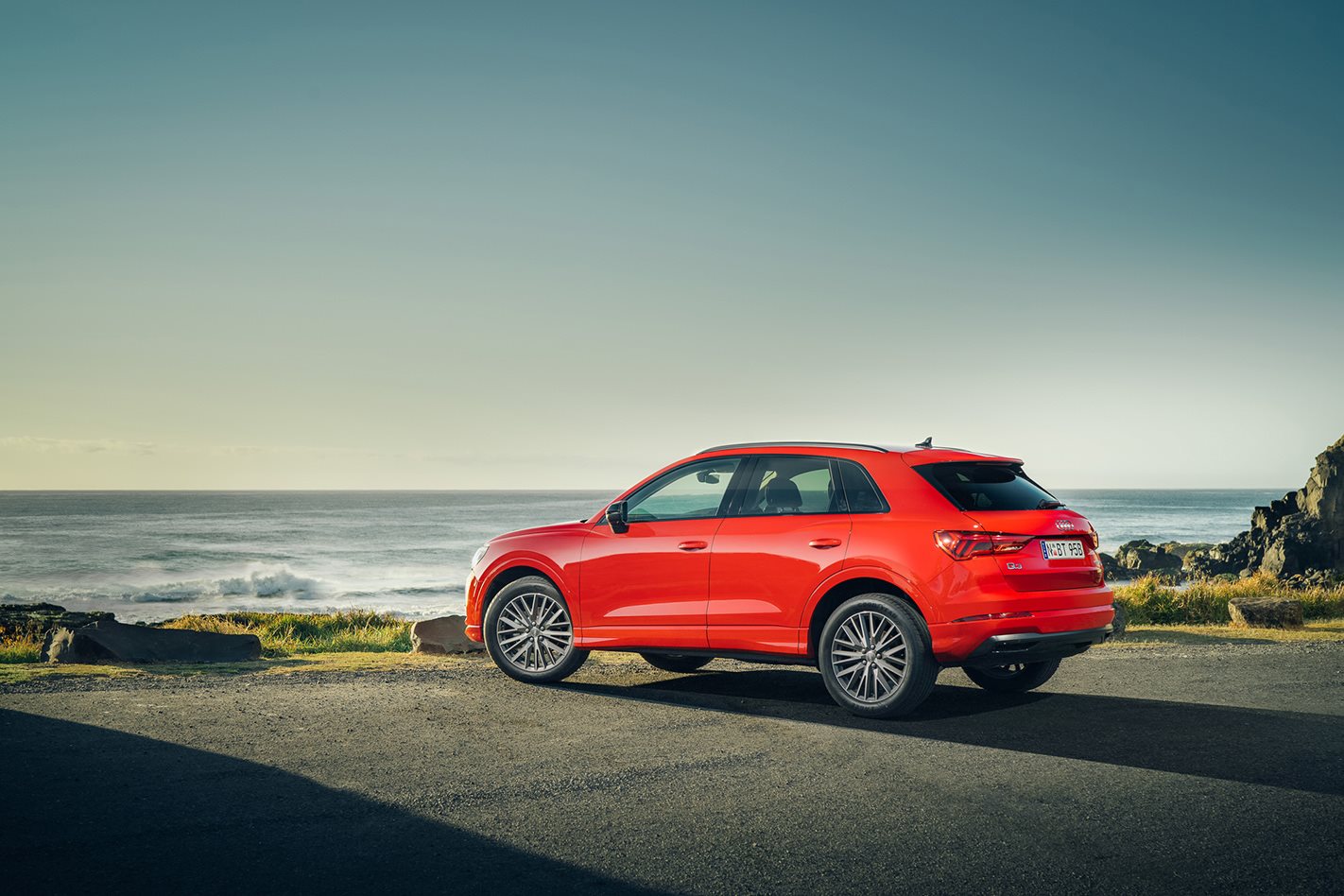 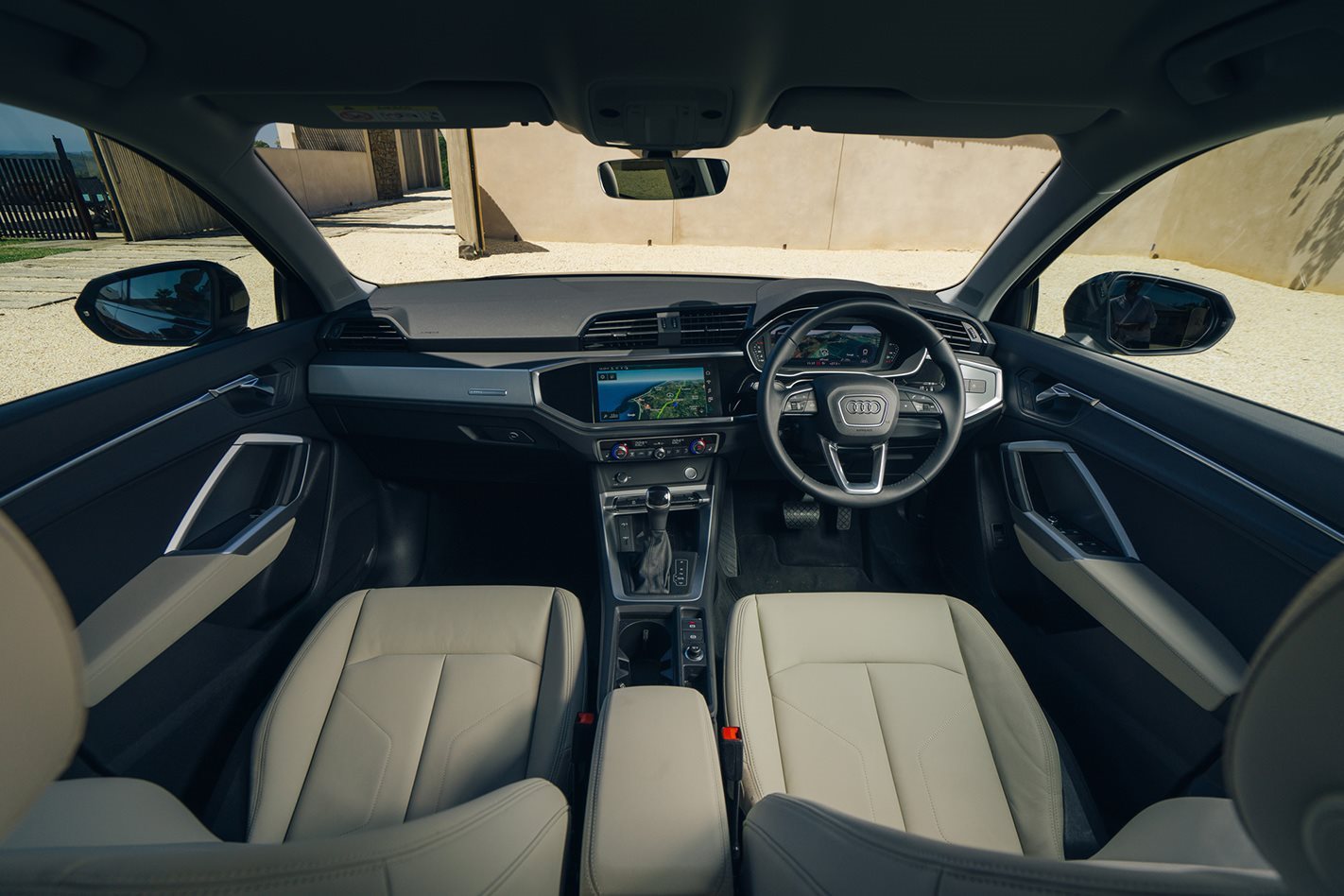 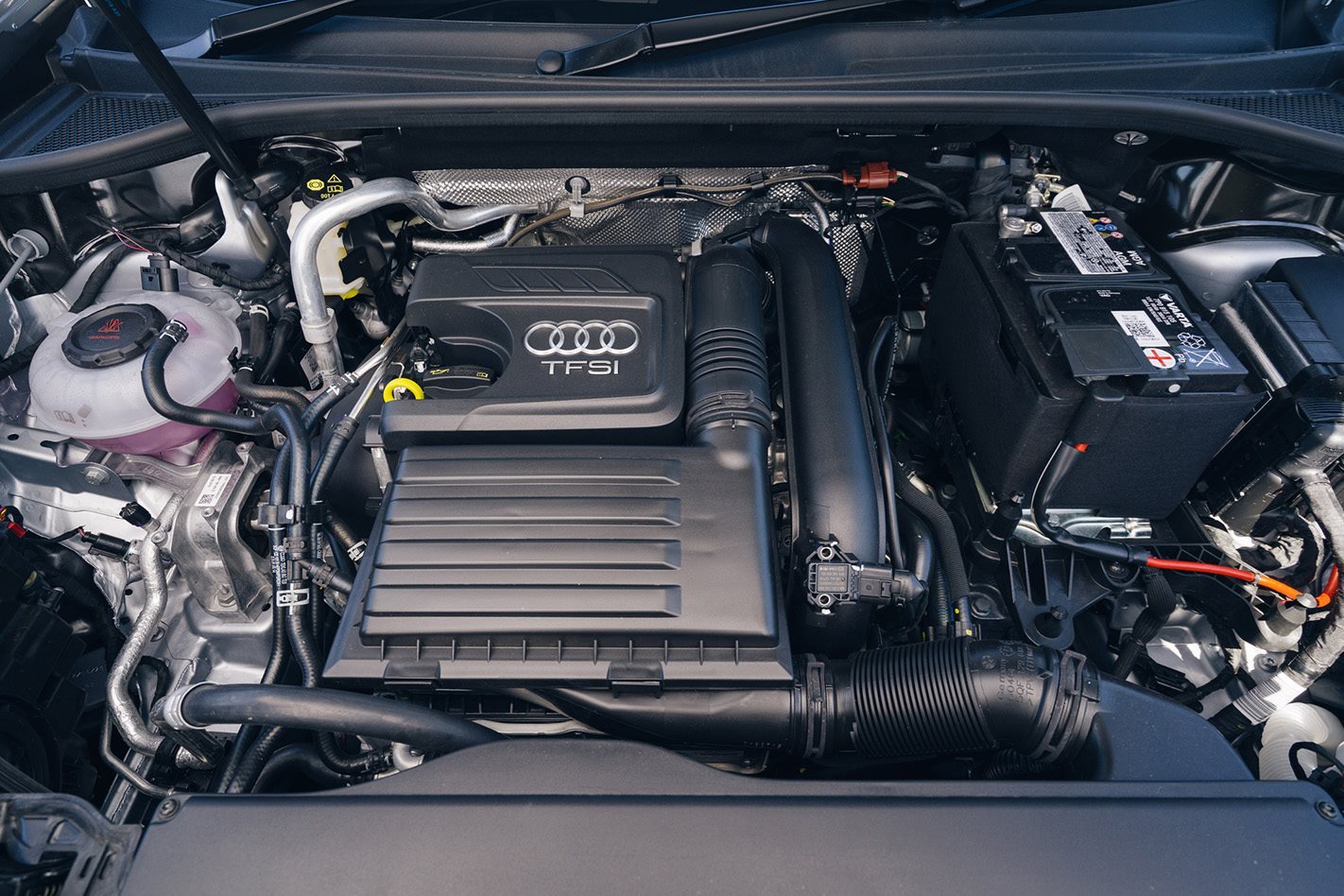 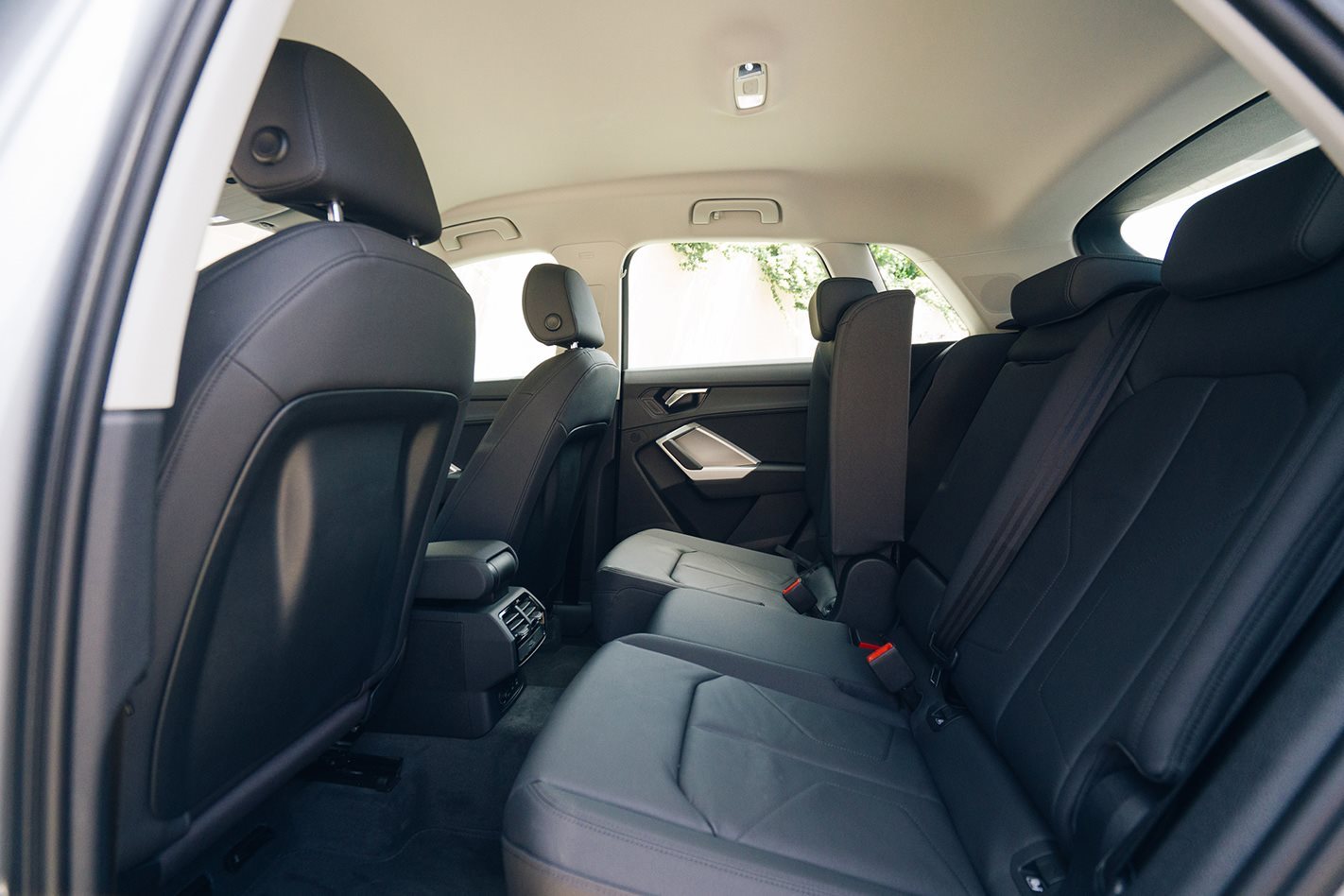 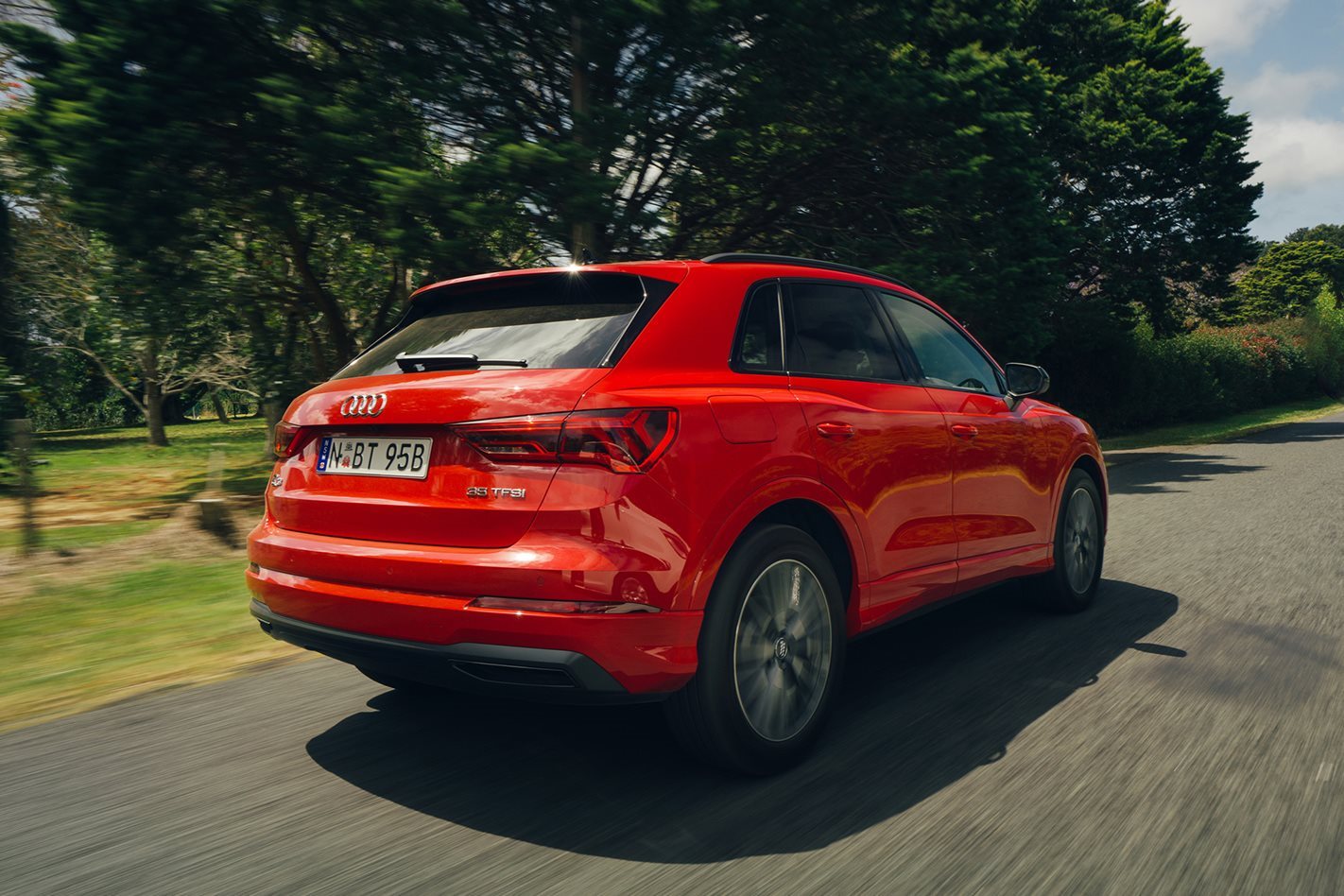 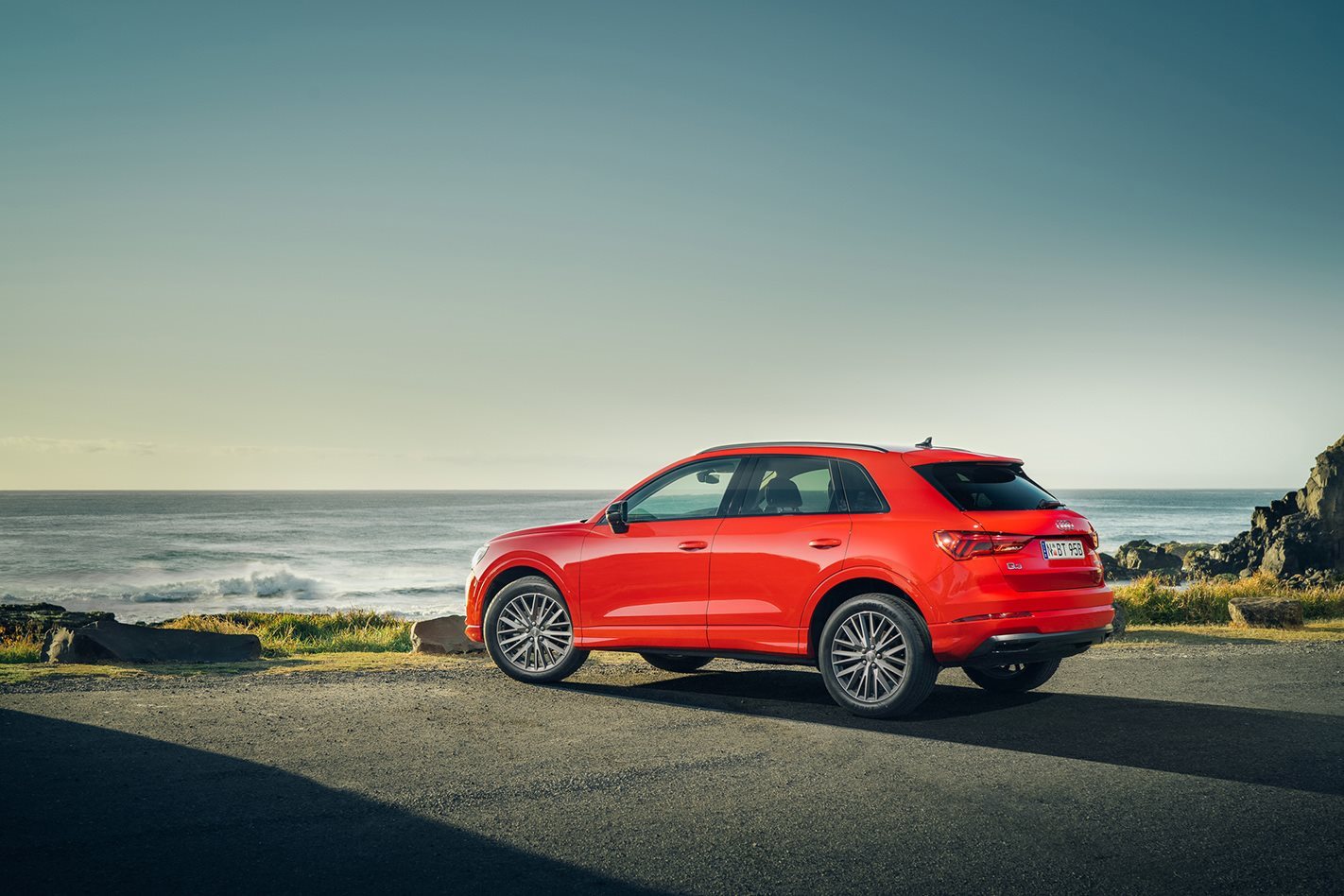 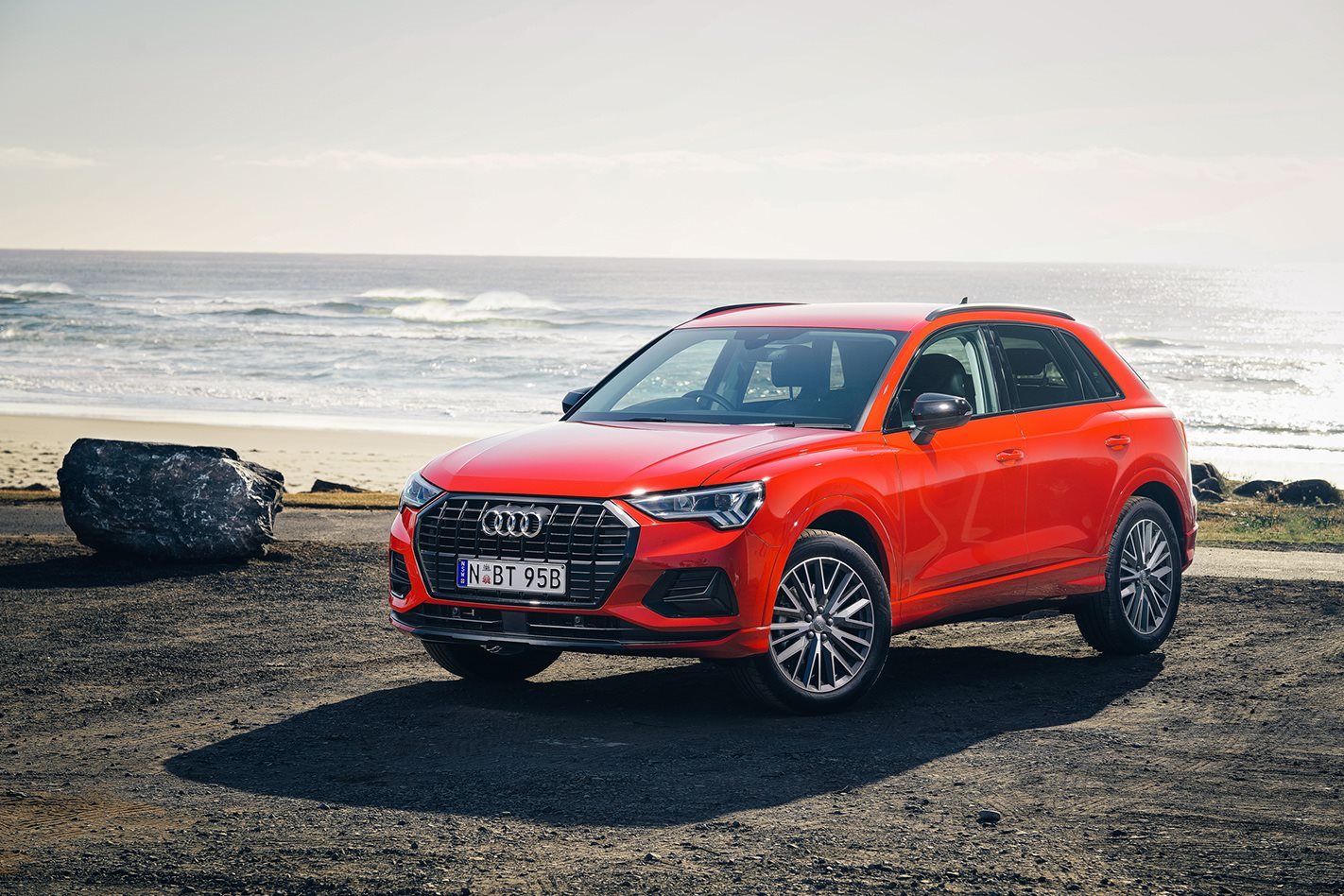