The 2020 Audi RS Q3 Sportback sounds like half an R8 V10 supercar, looks like a baby Lamborghini Urus in its new Sportback body style and seems to have banished the front-heavy handling that has plagued five-cylinder quattro models in the past.

Although it must be said from the outset, our first impressions of the brand new, second-generation, warbling five-cylinder Audi RS Q3 were on snow and ice during the international launch in Sweden. Not very representative of Australian conditions at all, so it might be worth waiting for a more conclusive test on dry bitumen roads. 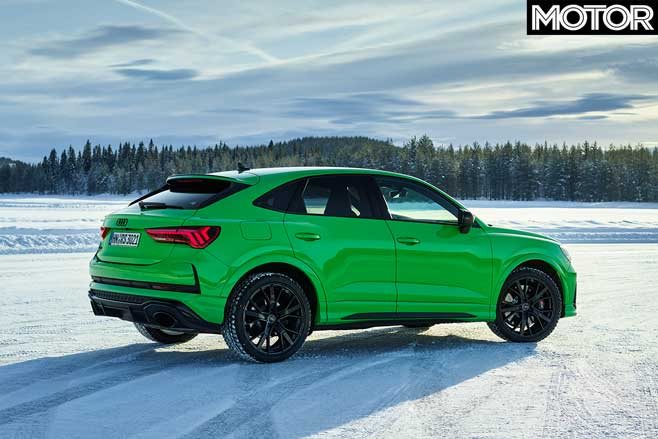 But certainly on snow and ice or of course dirt – and there’s plenty of that in Australia – the all-wheel drive RS Q3 is a total laugh. So fun, in fact, you forget you’re driving a tall and heavy, supposedly off-road vehicle.

That’s got a lot to do with two things. First, thanks to the passion and persistence of Audi engineers, the RS Q3 retains the unique, east-west-mounted 2.5-litre turbocharged inline 5-cylinder engine. With its 1-2-4-5-3 firing order and odd number of cylinders, the RS Q3 produces a distinctive sound almost reminiscent of a V10, and one that makes any four-cylinder rival sound forgettable by comparison.

With 294kW and 480Nm it produces plenty of shove, too, gifting the 1775kg RS Q3 Sportback fairly sizzling acceleration for a car of its size, zero to 100km/h taking a claimed 4.5 seconds, also thanks to launch control.

We presume even on a wet bitumen road the RS Q3’s traction would be rock solid, courtesy of its familiar Haldex-based all-wheel drive system – but one that can realistically send up to 70 per cent of drive to the rear axle as the situation demands.

For us, that was on the snowy test routes and icy racetracks in a part of Sweden just 110km from the Arctic Circle, where temperatures dipped to minus 21 degrees. 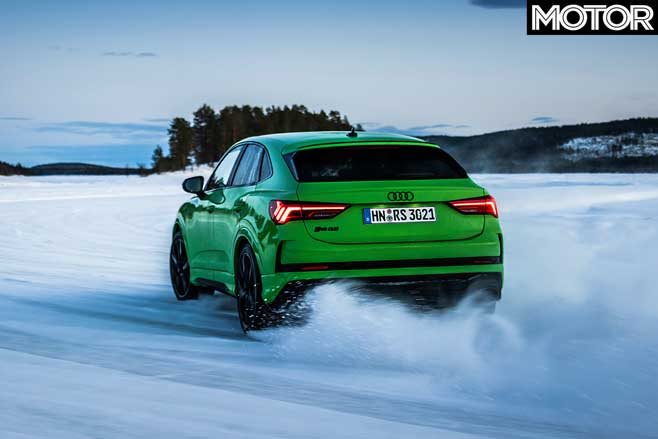 With the ESC off on these slippery surfaces, the RS Q3 happily indulged oversteer of every variety. With an undoubtedly high centre-of-gravity – but fairly low for a car of its type and height – the RS Q3 had a corner-entry softness and eagerness to rotate you certainly won’t find in an RS3. And it could be because of this weight-shifting chuck-ability the RS Q3 didn't feel a bit front-heavy like it easily could have.

That’s been one drawback of past hot five-cylinder Audis, the relatively heavy engine causing headaches for engineers who’ve even fitted wider tyres front-to-rear (as they did the RS3) in an effort to overcome a stubborn understeer bias, not helped by the front-axle-favouring Haldex all-wheel drive.

Such a bias is not obvious in the new RS Q3, at least not on snow and ice. With the current generation five-cylinder engine, Audi managed to reduce weight by 26kg thanks mostly to a new crankcase made from lighter aluminium. Weight distribution is 55/45 front-to-rear, and in our test conditions the RS Q3 felt remarkably well balanced for a performance SUV making it feel like a heavy, tall, playful hot hatch rather than a cumbersome, confused off-roader. 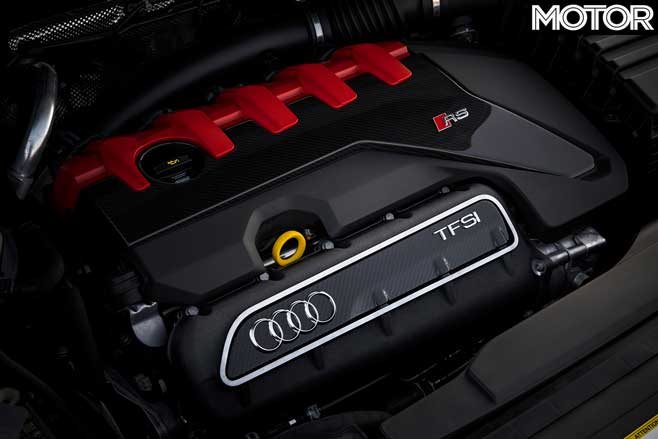 Anyone who gets the RS Q3 on a low-grip surface will also find a responsive all-wheel drive system willing to join in the fun rather than shut things down; this is probably as sporting and dynamic a Haldex system has ever felt. The RS Q3's all-wheel drive uses open differentials and brakes an inside spinning wheel to redistribute torque and manage traction, simulating the effect of a limited-slip diff, and fairly effectively. Pick up the throttle mid-slide and the all-wheel drive distributes power to promote, rather than tidy up, the slide.

Alternatively, boot it on corner exit and the rear end will hang out as if the front axle has turned a blind eye. But straighten the wheels, even while sliding, and sink the throttle and extra traction arrives as needed. Impressively calibrated, a boring all-wheel drive system this is not.

While hardly any RS Q3s are likely to be driven this way, it’s nice to know there is proper RS sporting DNA to be discovered, if you’re the type to go looking for it. The dynamic steering – which has its own little gearbox and quickens as you add lock – also works well, as does the twin-clutch paddle-shift transmission which is plenty responsive. 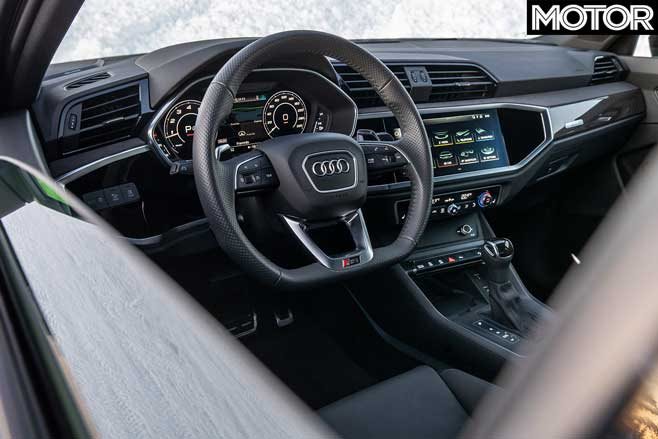 The bulk of customers however will be most interested in the styling, and on that front, while subjective, we think Audi has done a top job. In the new, bright Kyalami green and on the 21-inch wheels (standard in Australia) there is no missing the RS Q3, particularly in the new, optional Sportback body-style which joins the trend of ‘four-door SUV coupes’ first popularised by the BMW X6 in 2008.

Looking a bit like a miniaturised Lamborghini Urus from the rear three-quarter angle and featuring a sloping, 45mm lower roofline, the stance-y Sportback attracts a $3000 premium over its more conventional five-door sibling. Simply because you can charge extra for the more stylish version, says Audi.

For the price, Audi has also done a solid job on the interior, which is identical between body-styles save for a little less headroom in the rear of the Sportback. Audi’s 12.3-inch Virtual Cockpit (digital instruments) catches your eye from behind the steering wheel and sports an attractive high contrast display that can be customised, including a cool, bar-like tachometer readout. 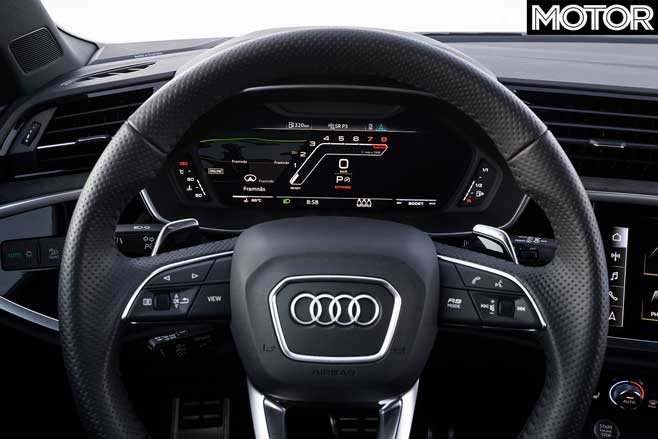 The rest of the interior feels classy and premium, even if one prominent element – the blanking panel beneath the air-conditioning controls – looks as if intended for a CD player that, come production time, perhaps ended up in a museum somewhere instead.

On the steering wheel there is now a new ‘RS Mode’ button which allows you to scroll between two new customisable driving modes, RS1 and RS2. Somewhat borrowing from BMW’s M1 and M2 mode concept, Audi’s allows you to quickly and conveniently select from two preset combinations of steering weight, adaptive dampers, powertrain aggressiveness and sound.

It has to be said again, we had a blast driving the RS Q3 exclusively on a low-grip surface but this absolutely worked to the car’s favour in showing off the aggressively-calibrated all-wheel drive and chassis electronics, and making it difficult to judge the car’s overall dynamic ability. 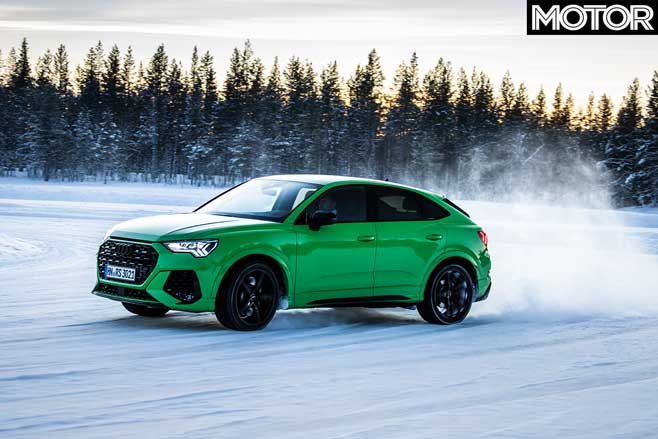 We suspect on a dry road the RS Q3 is like any other performance SUV, in that its handling – while impressive for a vehicle of its type – is still fundamentally limited by the fact it’s a tall, heavy car. For this, in our books, it loses marks. We champion ultimate handling ability and so should you, and so if we were the Audi salesperson we’d be directing you towards the lower, lighter RS3 hot hatch.

There’s also the omnipresent and inescapable hot-SUV fact that the handling performance is compromised to facilitate better off-road ability; but then the off-road performance is compromised by the low-slung front and rear bars, large wheels and low profile tyres – leading to ultimately a vehicle that excels at neither. Though to be fair, most people attracted to the RS Q3 will have no interest in hardcore off-roading or hardcore performance driving, or at best will keep separate vehicles for those tasks. 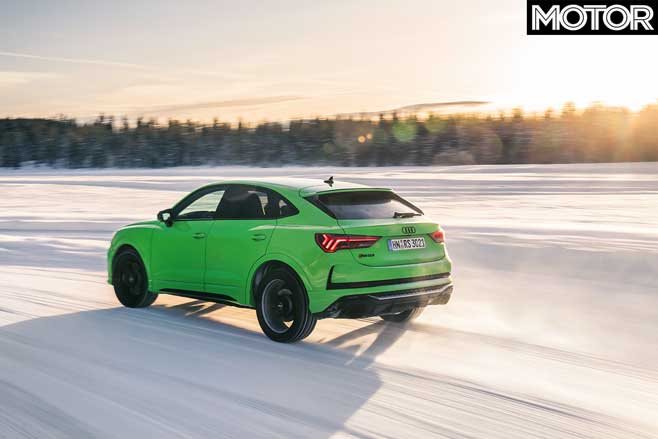 New EU regulations that limit exhaust noise have also seemingly impacted the new RS Q3. While the distinct five-cylinder warble is very much loud and proud, there seems to be a lot more of it coming from the interior speakers now and less from the somewhat muted exhaust. There is no crackle and pop on overrun to speak of, which is a shame.

It’s also possible the engine is a bit laggy and runs out of breath towards its 7000rpm redline, although it was hard to confirm this in the slippery conditions where all four wheels were, err, regularly spinning.

There’s a multitude of things we just don’t know about yet either. On a dry, bitumen road the new RS Q3 could very well be a heavy and languid understeer monster giving absolute hell to its front tyres and brakes. There could be a lot of road noise – we don’t know – and the ride quality could be sub-optimal. It felt okay over the bumps that we were able to hit. 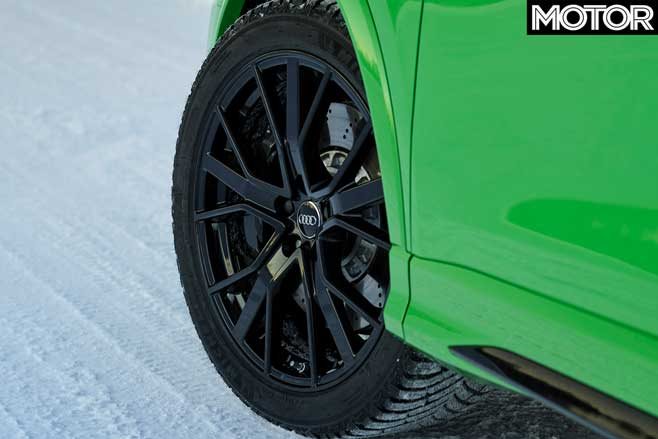 The standard 21-inch wheels are shod with thinly 35-profile tyres but Audi Australia also fits the adaptive suspension as standard. This suspension is 10mm higher than the fixed damper set-up of overseas – so there is an aesthetic cost – but seemingly this is a worthy trade-off as some of the overseas reviews have blasted RS Q3 test cars on 21s without adaptive suspension.

Carbon ceramic front brakes are available as a $10,600 option. At 380mm versus the 375mm steel items, they might seem like a no-brainer for anyone thinking of track days in their heavy RS Q3 (there'll be someone) but this is another item we would reserve judgement on until a proper test back in Australia. Our experience has shown Audi’s carbon ceramic brakes to not withstand repeated track laps without fade on their heavier models. 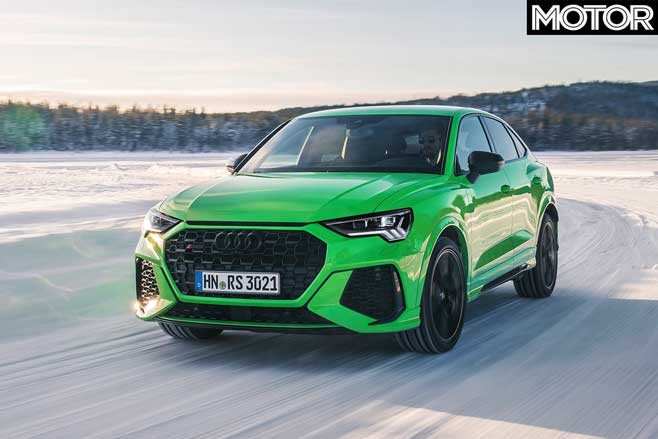 For track work you might be better off with the cheaper-to-replace standard steel items and somewhat paradoxically save the carbon ceramics for purely road-going cars as they have a longer service life – helping overcome their initial cost – and, let’s be honest, they look cool.

Which could also be justification for getting the entire car itself. And be in no doubt, it will be on that basis many, if not most, RS Q3s are sold. 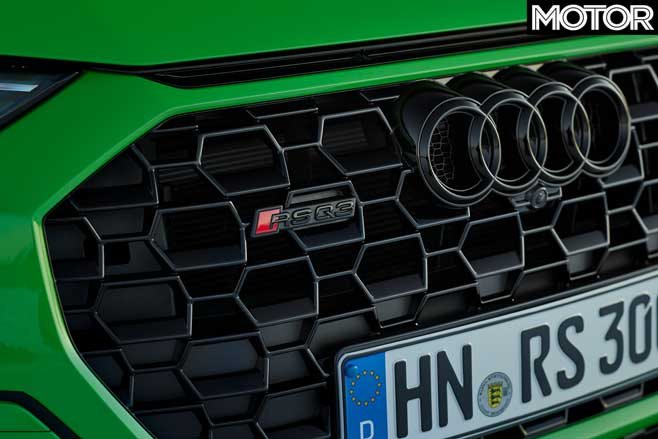 PROS: Looks cool, unique sound, some proper sports car DNA to be discovered
CONS: Too heavy, too high, yet to drive it on actual roads 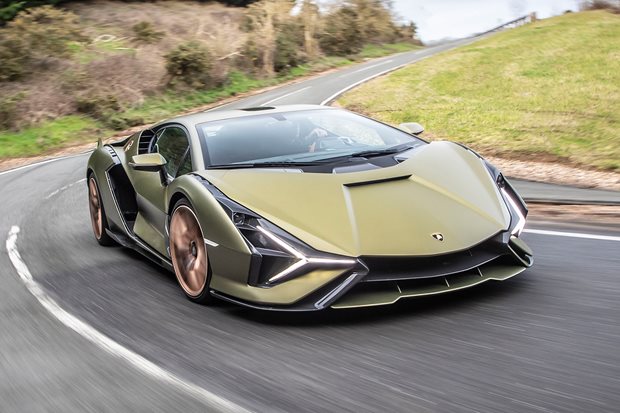 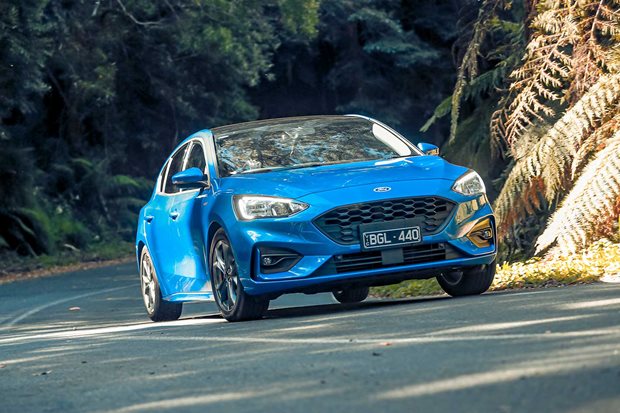 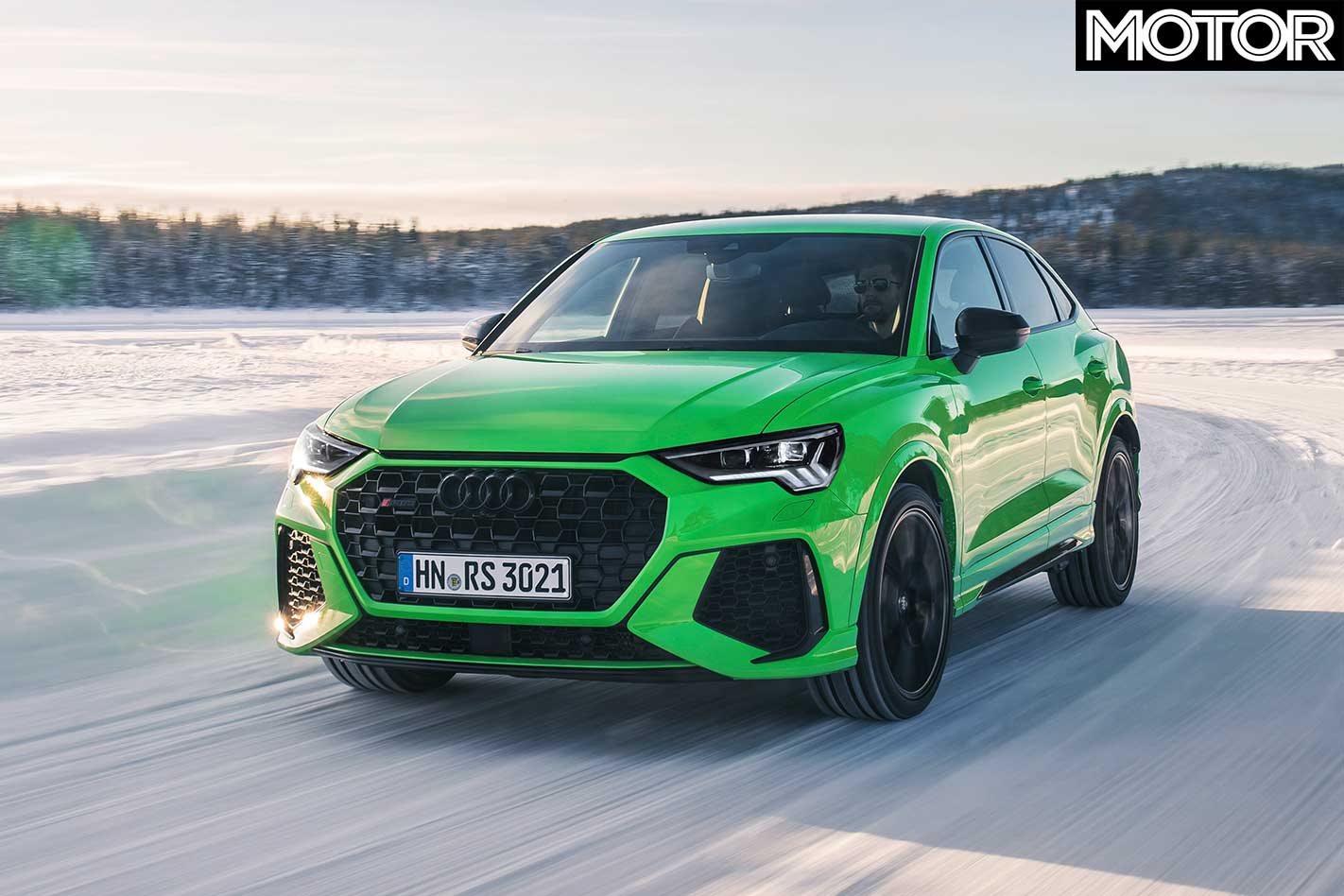 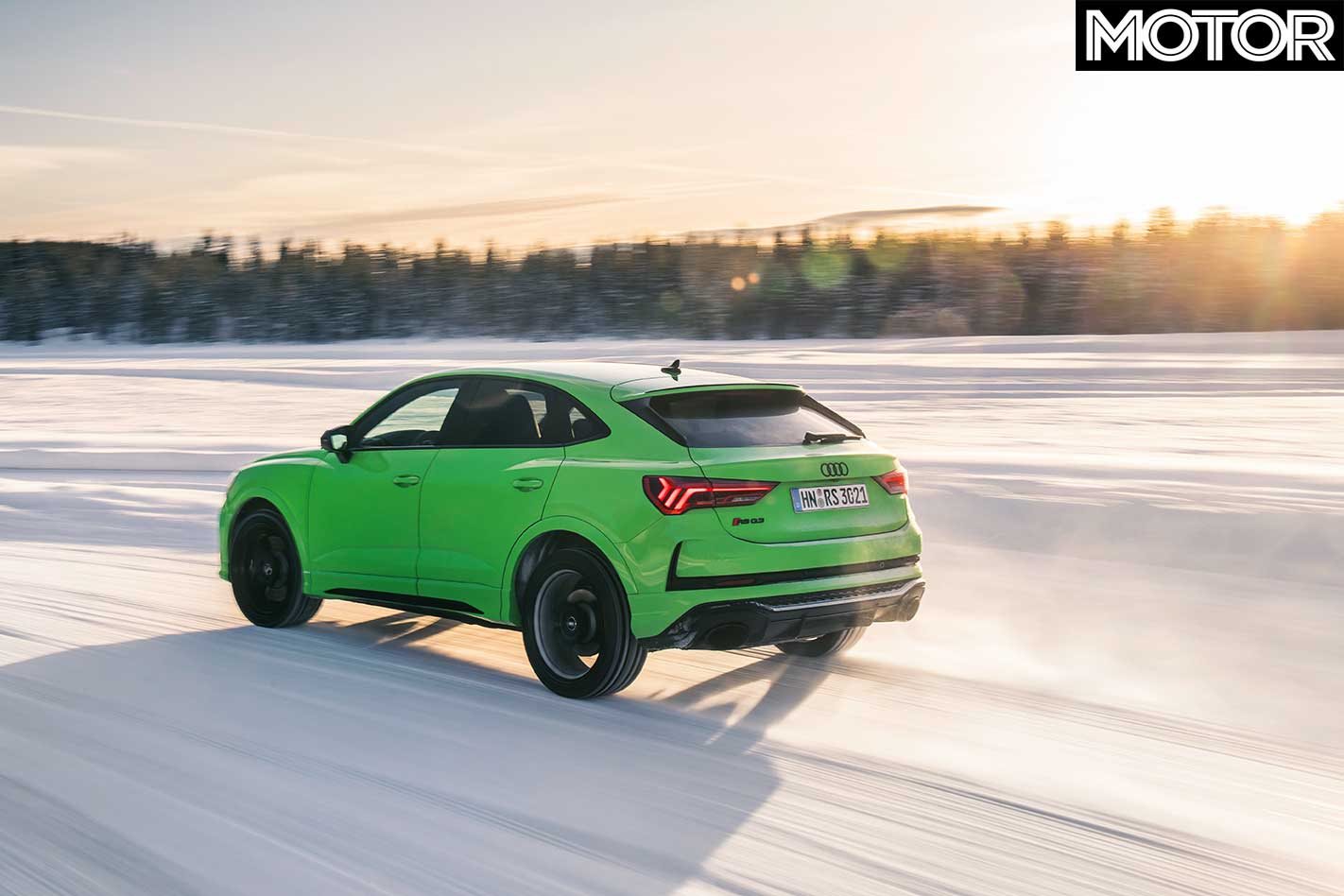 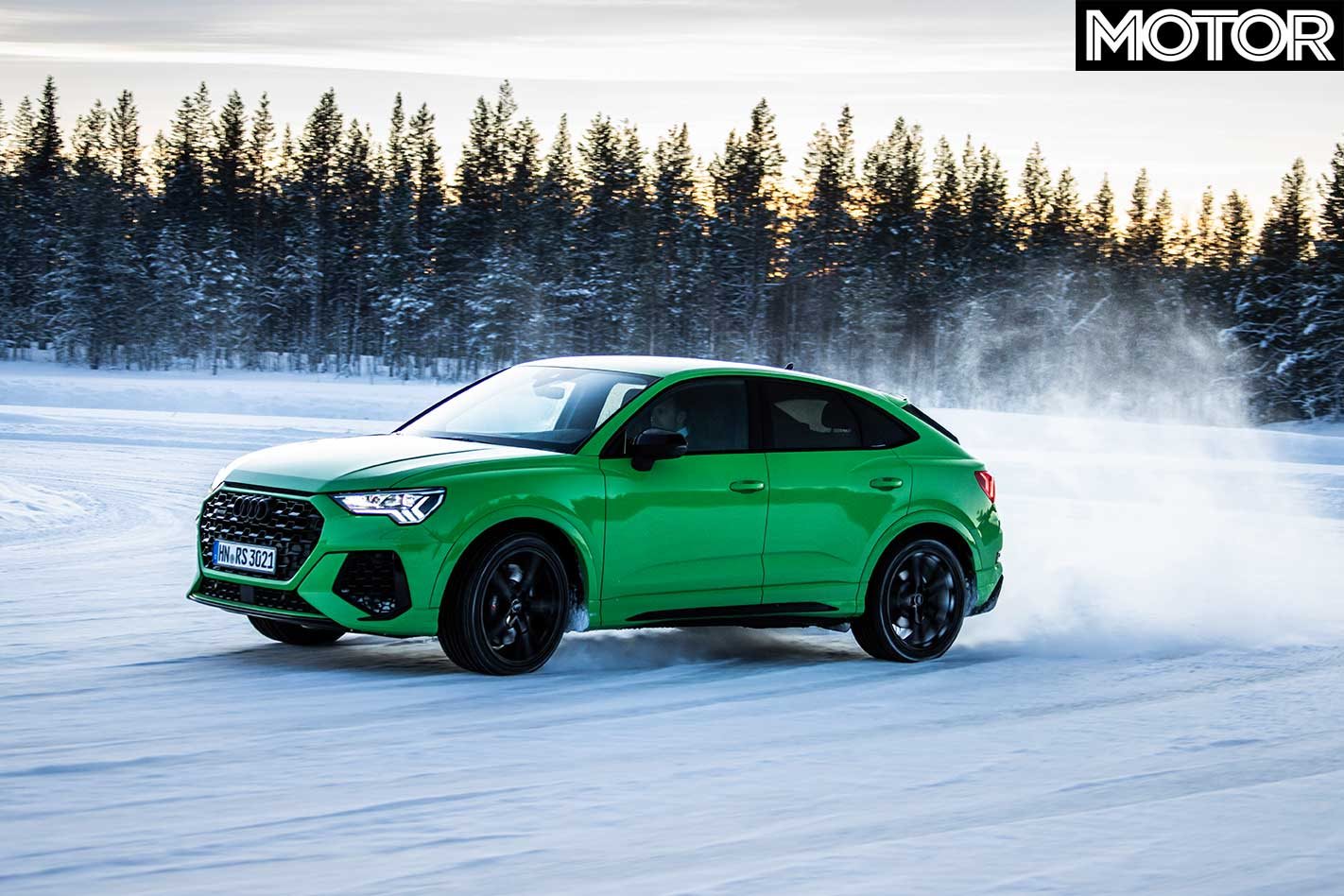 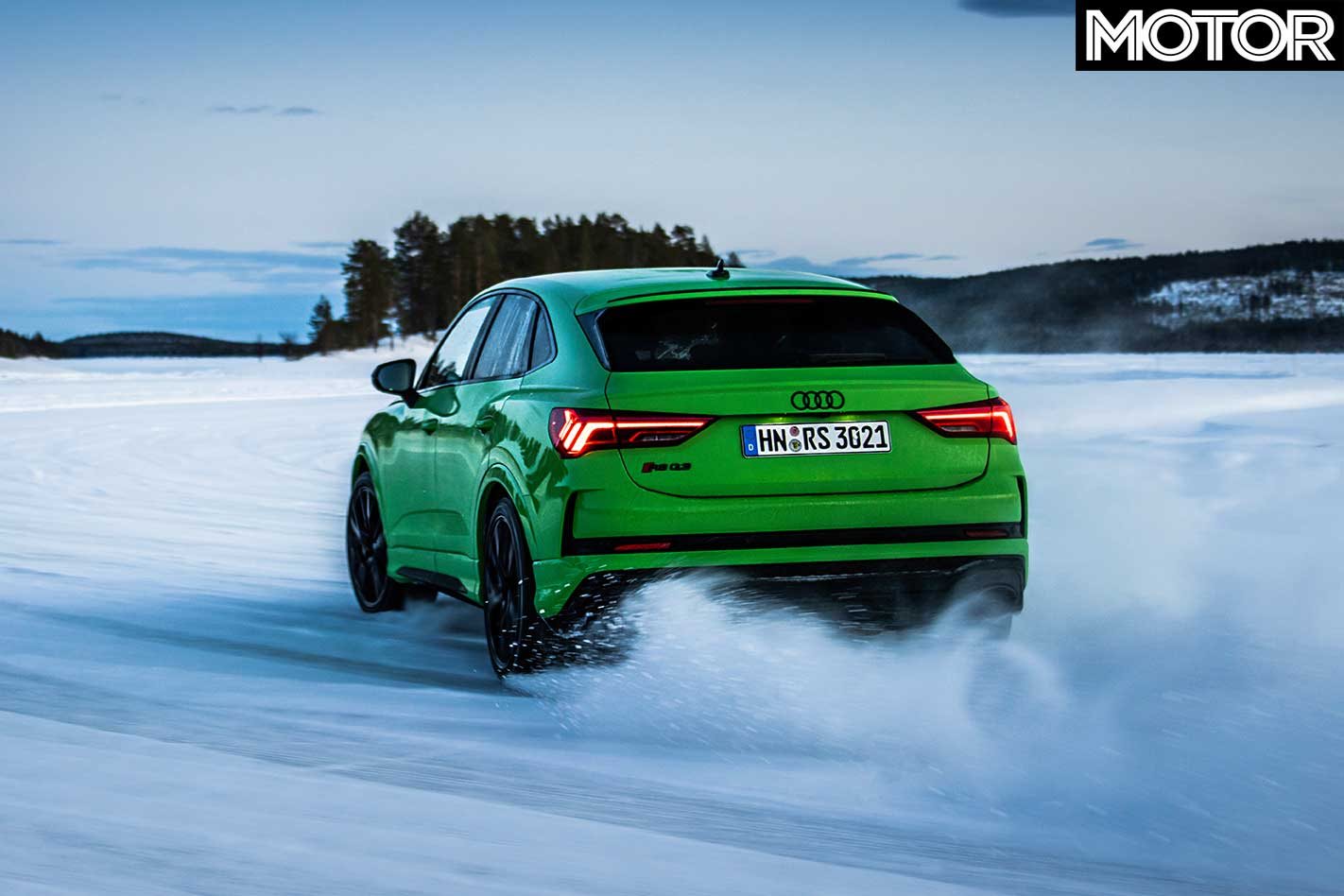 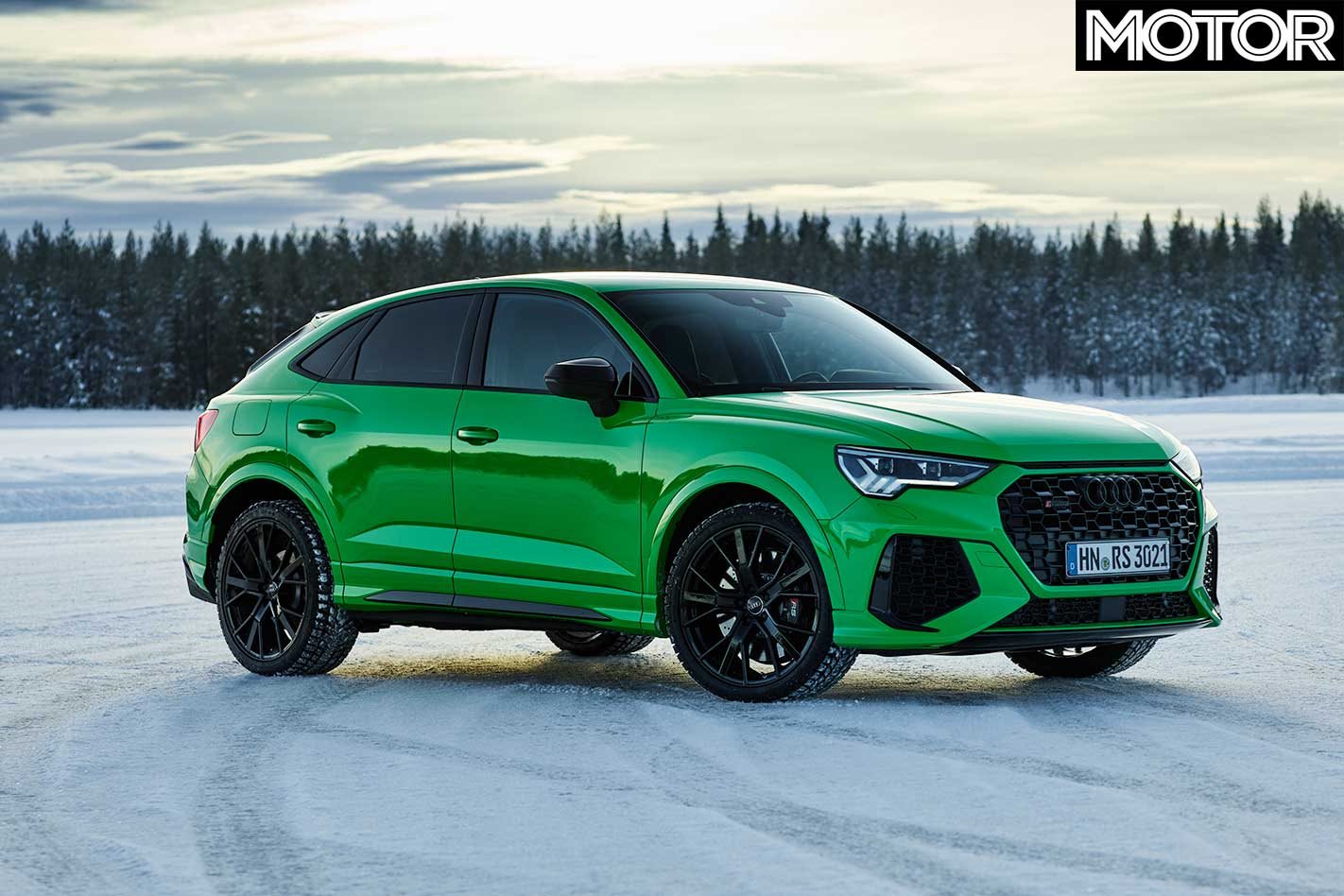 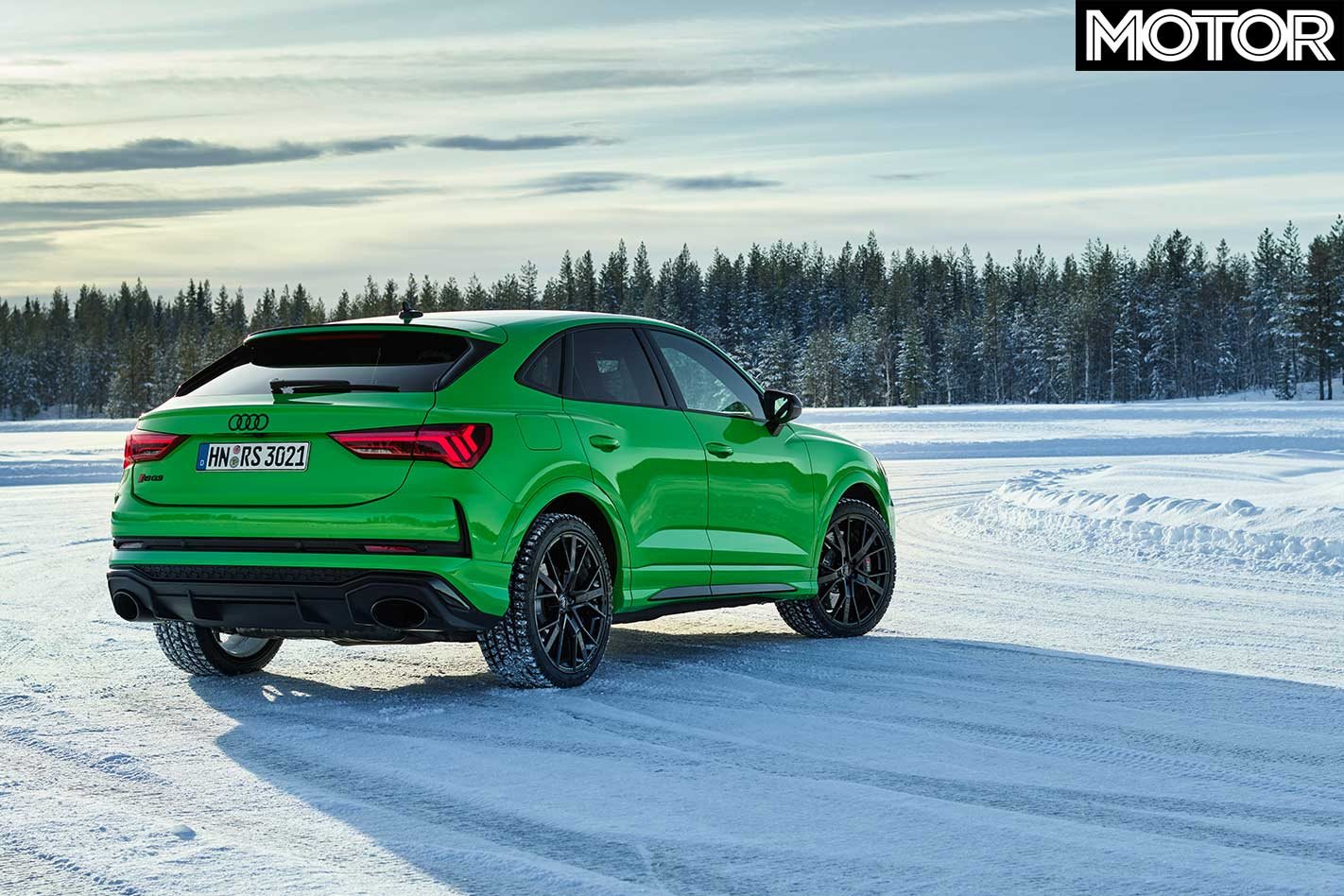 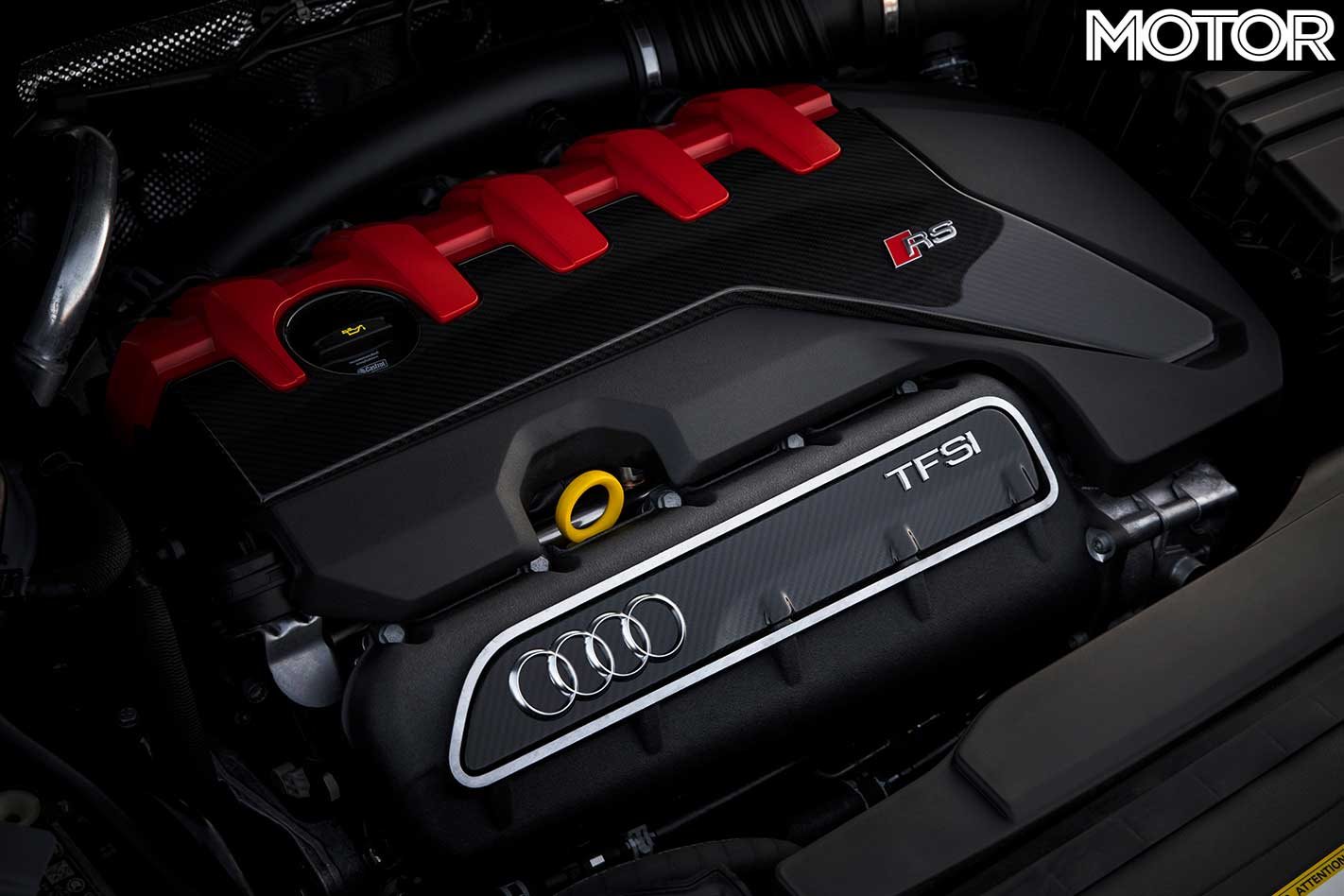 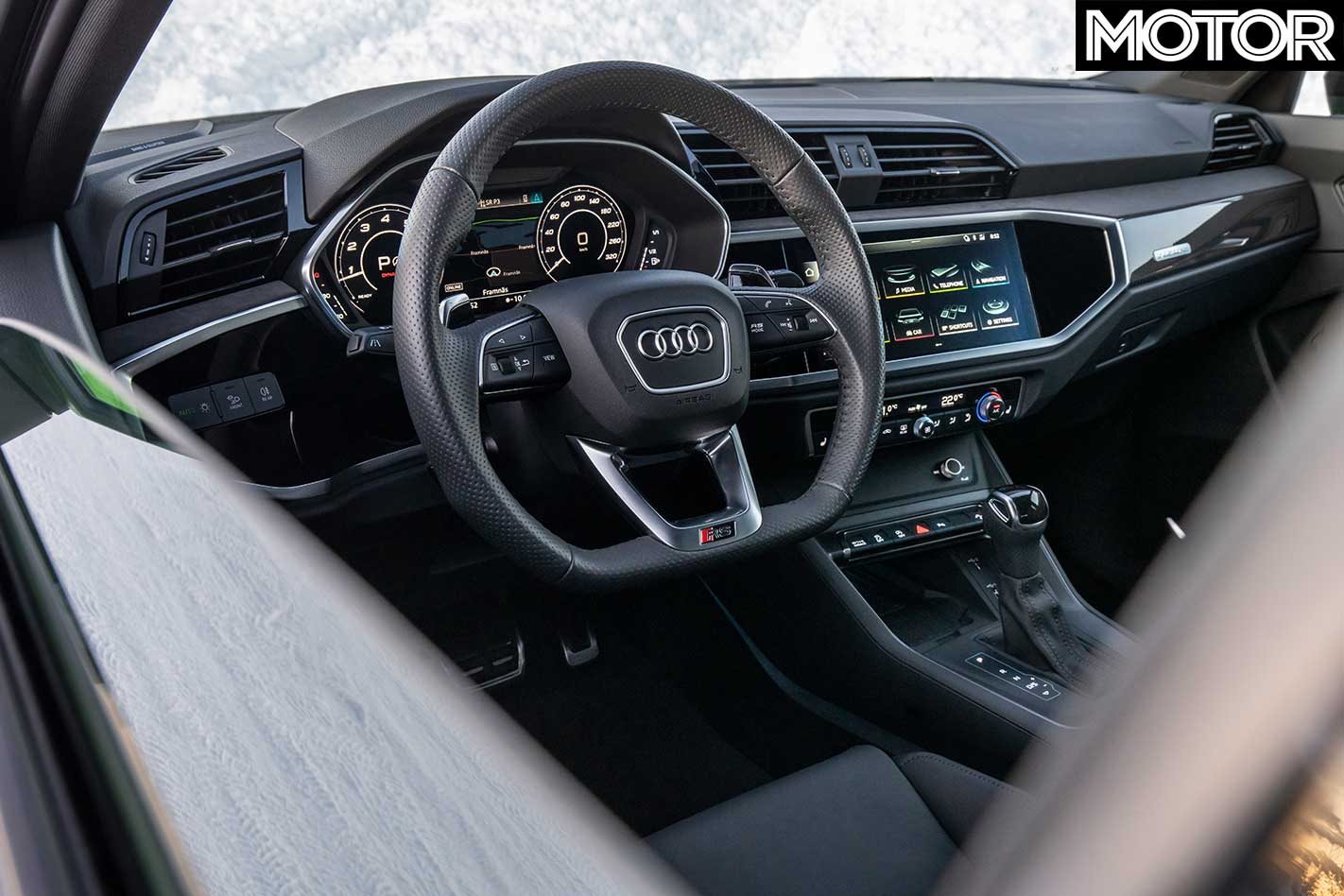 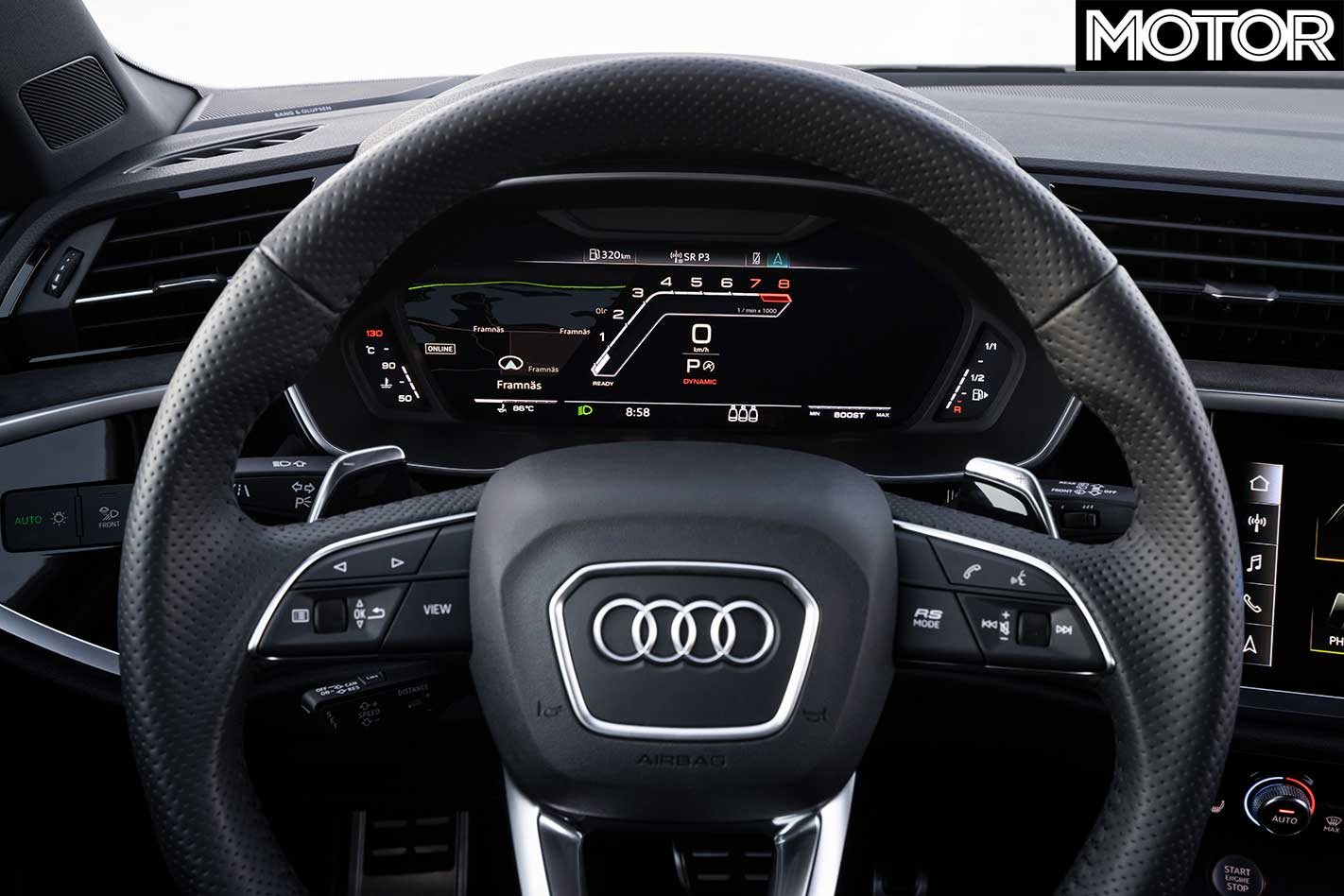 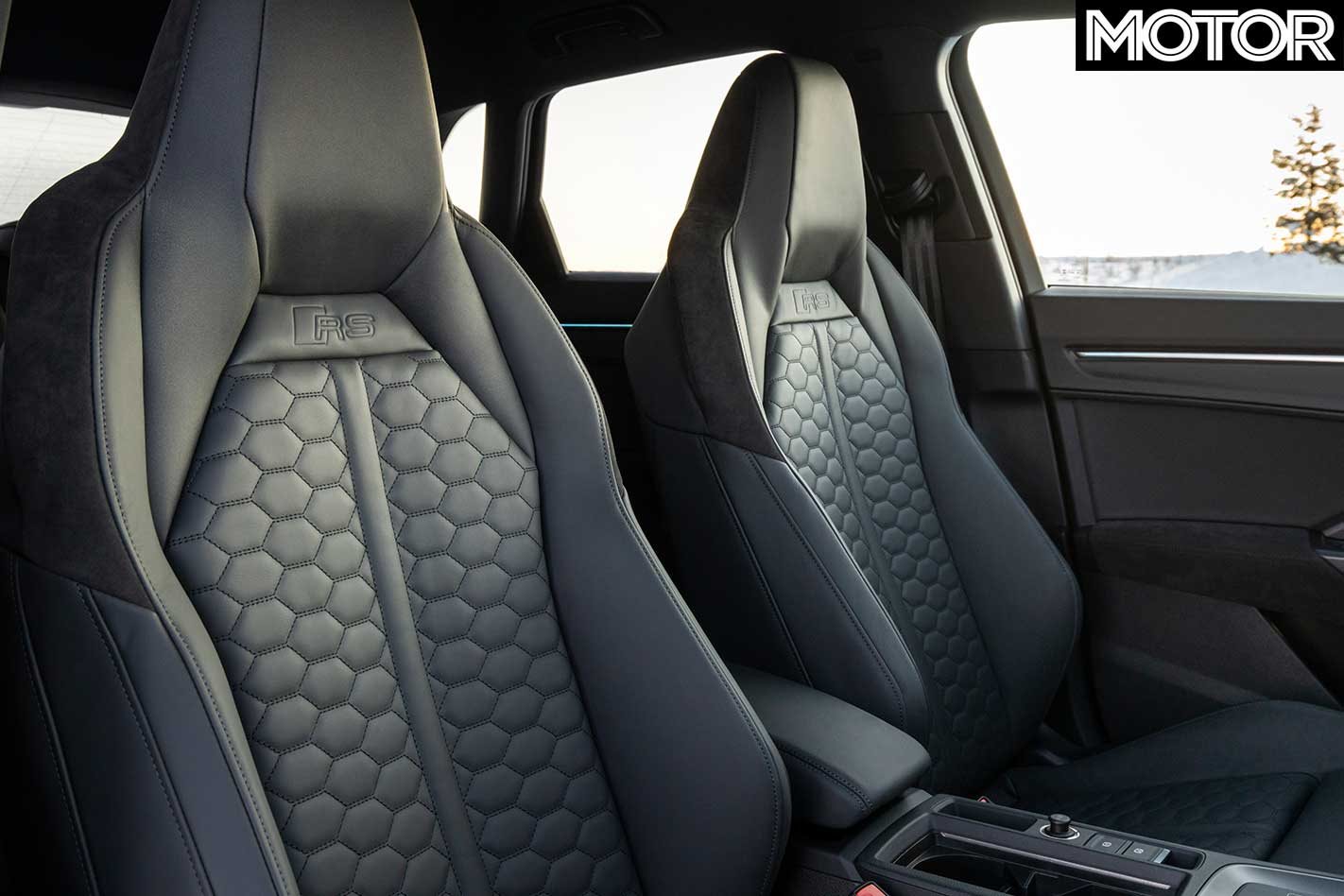 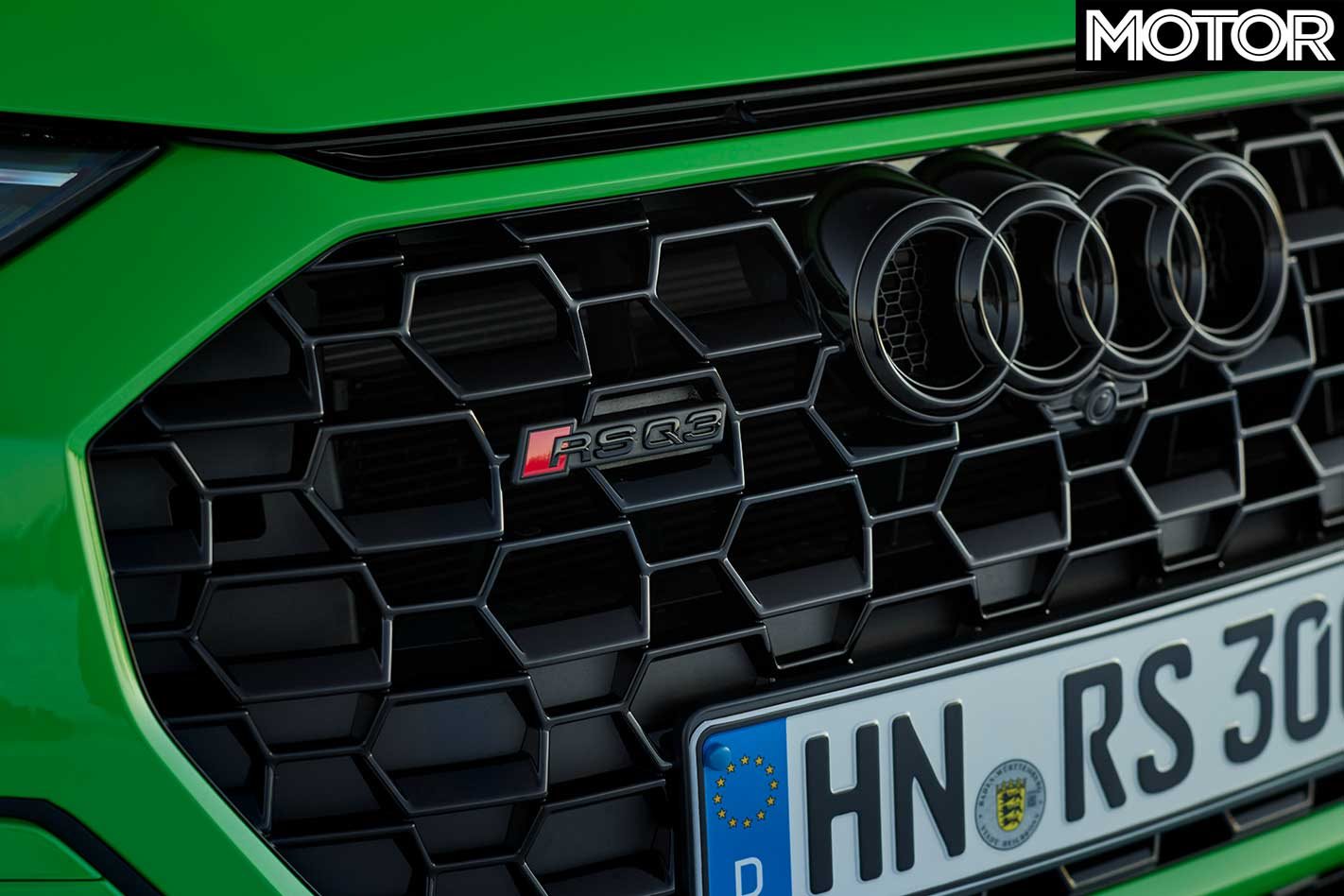 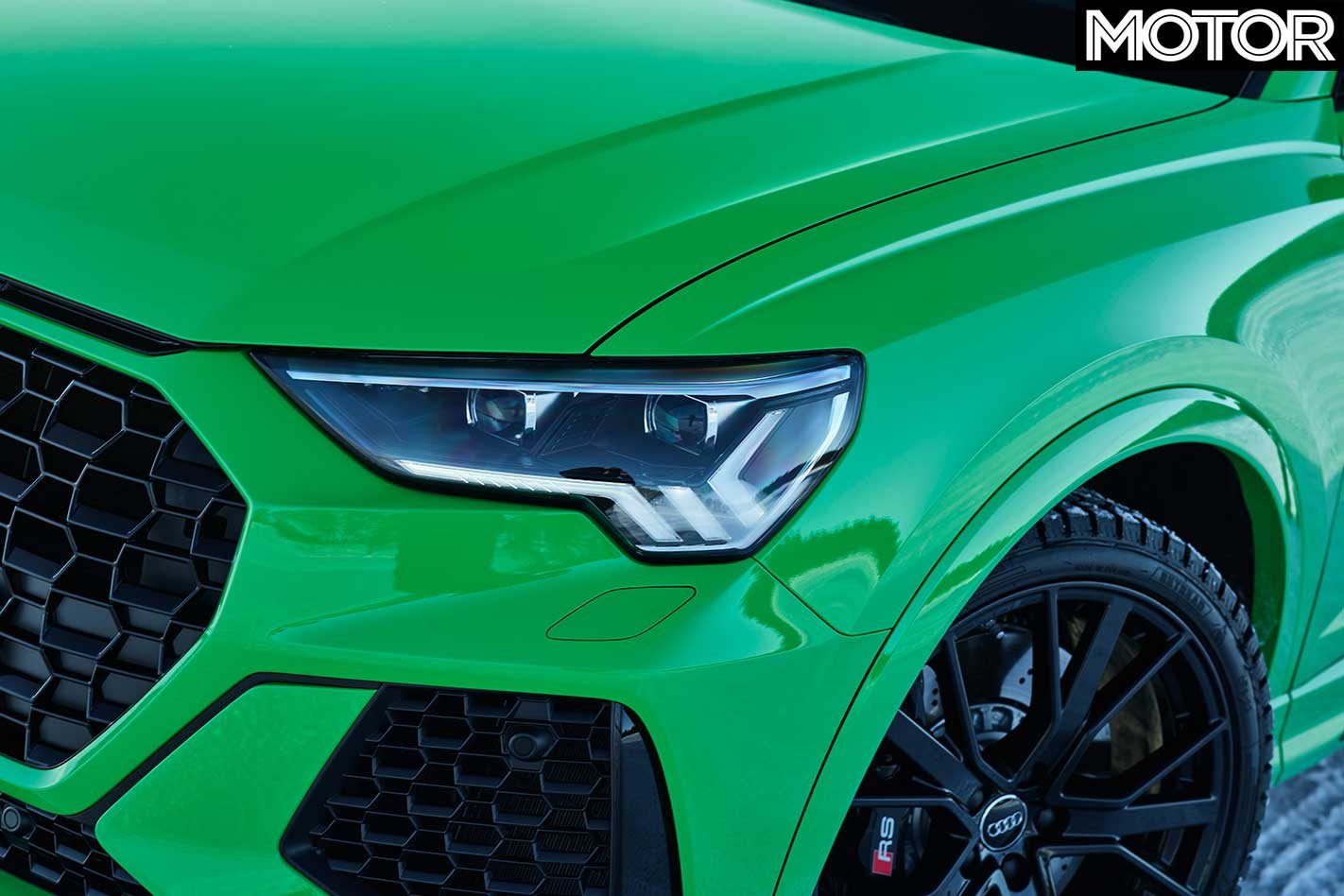 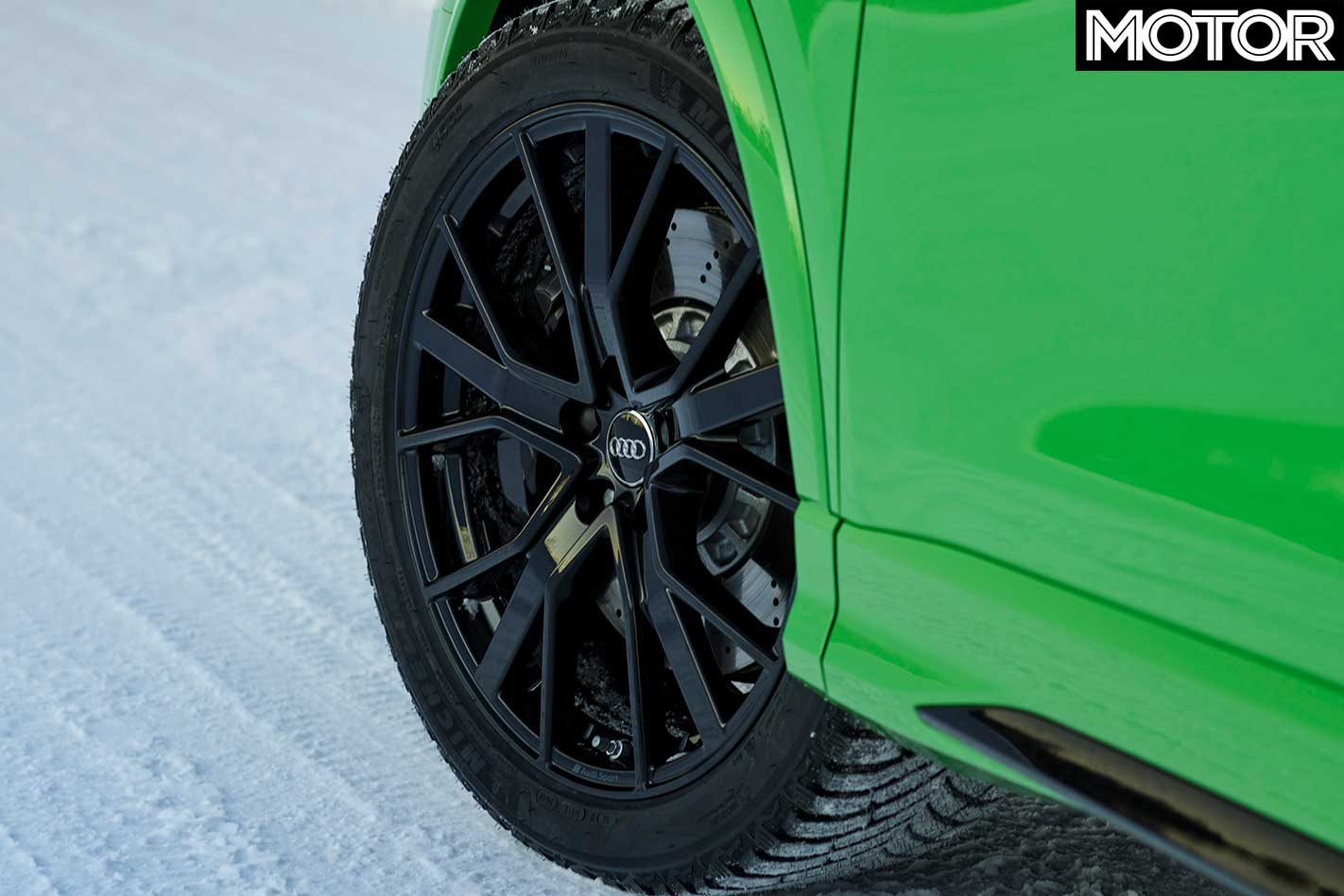 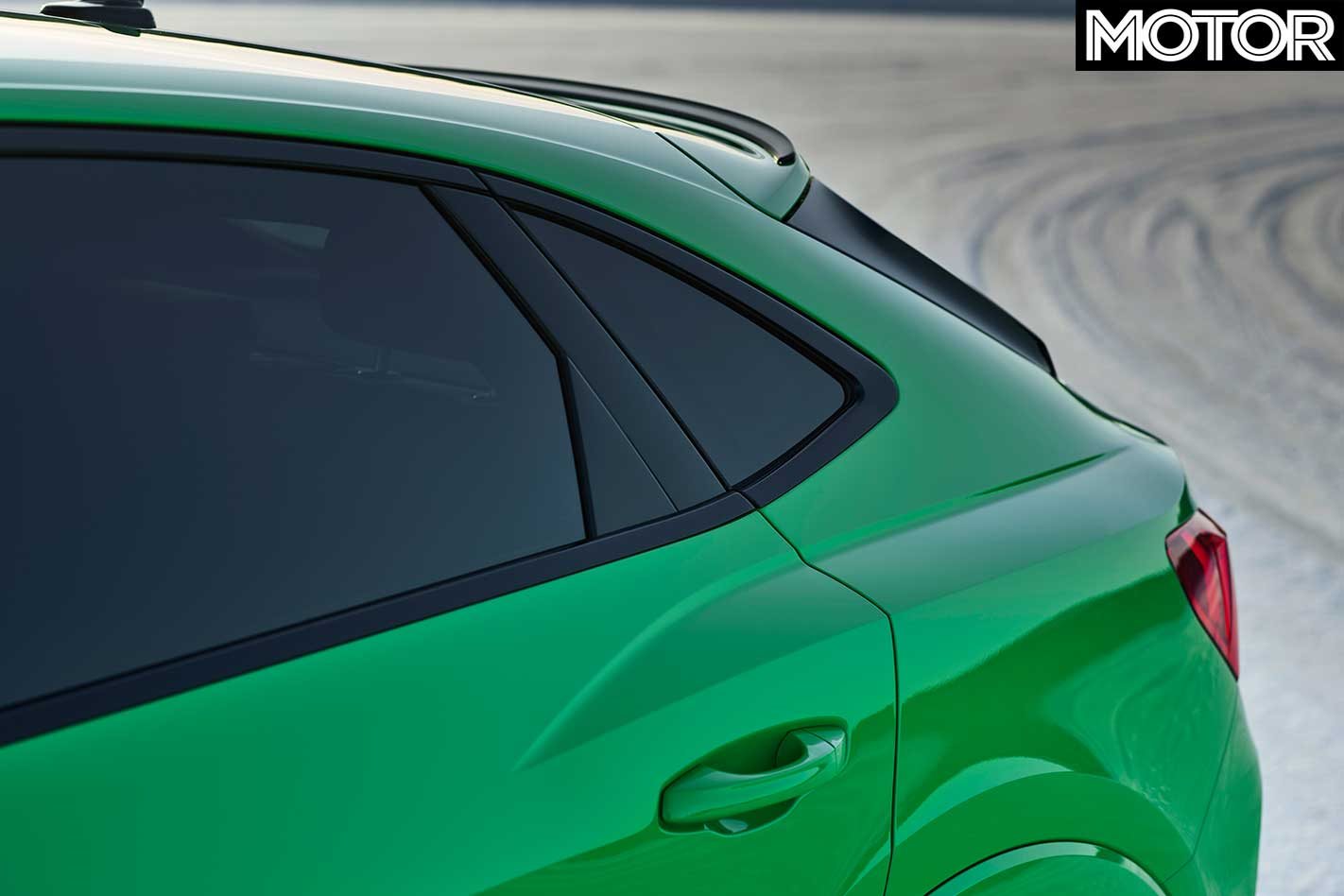