Drops its top, but doesn’t lose its head

Convertibles can be like a Hollywood sequel. They cost more to make, they lose the plot in terms of structure and too often rely on flash visuals rather than an engaging experience.

But the new third-gen Audi TT Roadster is like Mad Max: Fury Road, a polished product every bit as entertaining as the original.

All TT Roadsters are loaded with a 2.0-litre turbo four, a double-clutch ’box housing six cogs, and a centre differential that gifts it all-wheel drive. That’s matched to a new body that shrinks in size (it’s 10mm shorter and skinnier) but also fattens the chassis’s spread of grip (its wheelbase is 37mm longer, track 10mm wider).

You can sense the Roadster’s spaciousness inside, but the highlight is what surrounds you. From the vents that house clever push-or-twirl HVAC buttons to the clean centre console, the TT’s high-tech design fest feels like an actual jet cockpit, only more suave.

Ten seconds is all it takes to drop the roof, bathing the interior in sunshine and gifting your ears access to the turbo four that when hustling through Lorne’s hinterland, reinforces the TT isn’t all about design; it also wants to unstitch toupees.

With 169kW/370Nm, the TT Roadster doesn’t feel rocket fast, and flicking through the flawless dual-clutch S-tronic fills the surrounding air with an all too familiar four-cylinder rort, however the aural experience is salvaged by the gruff belches during upshifts that are very addictive, like its engine is throwing rocks of flash powder down its exhaust.

Then there's its tactile steering wheel. It isn’t only gorgeous to look at, it controls a reactive front end that turns in eagerly, even if its variable-speed rack feels muddy for the first few degrees of lock. It’s also matched to a taut, adjustable chassis that will pivot mid-corner on a lifted throttle.

Combined with inside-wheel braking on both axles, grip loss feels brilliantly managed by the Gen V quattro system. The system reads steering angle and yaw rate values to decide when to fire power backwards, which seems to be at corner exit as you sink the throttle.

Comfort is plentiful despite the loss of roof, too; wind doesn’t muffle conversation, even at highway speeds, and the car’s short-travel dampers generally manage broken roads well.

But for $7500 less, the Sport’s smaller 18s wrapped in 245/40 Continental rubber are markedly better over rude road surfaces, of course at the cost of the the S-line’s stance and slightly sharper turn-in.

Either way, both confirm Audi’s TT Roadster as a compelling sports drop-top with high-tech design, a girder-rigid chassis and accessible performance.

And with the TTS launching later this year, we can’t wait for the three-quel. 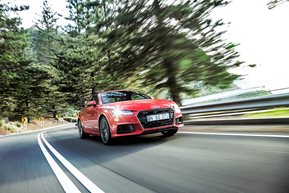 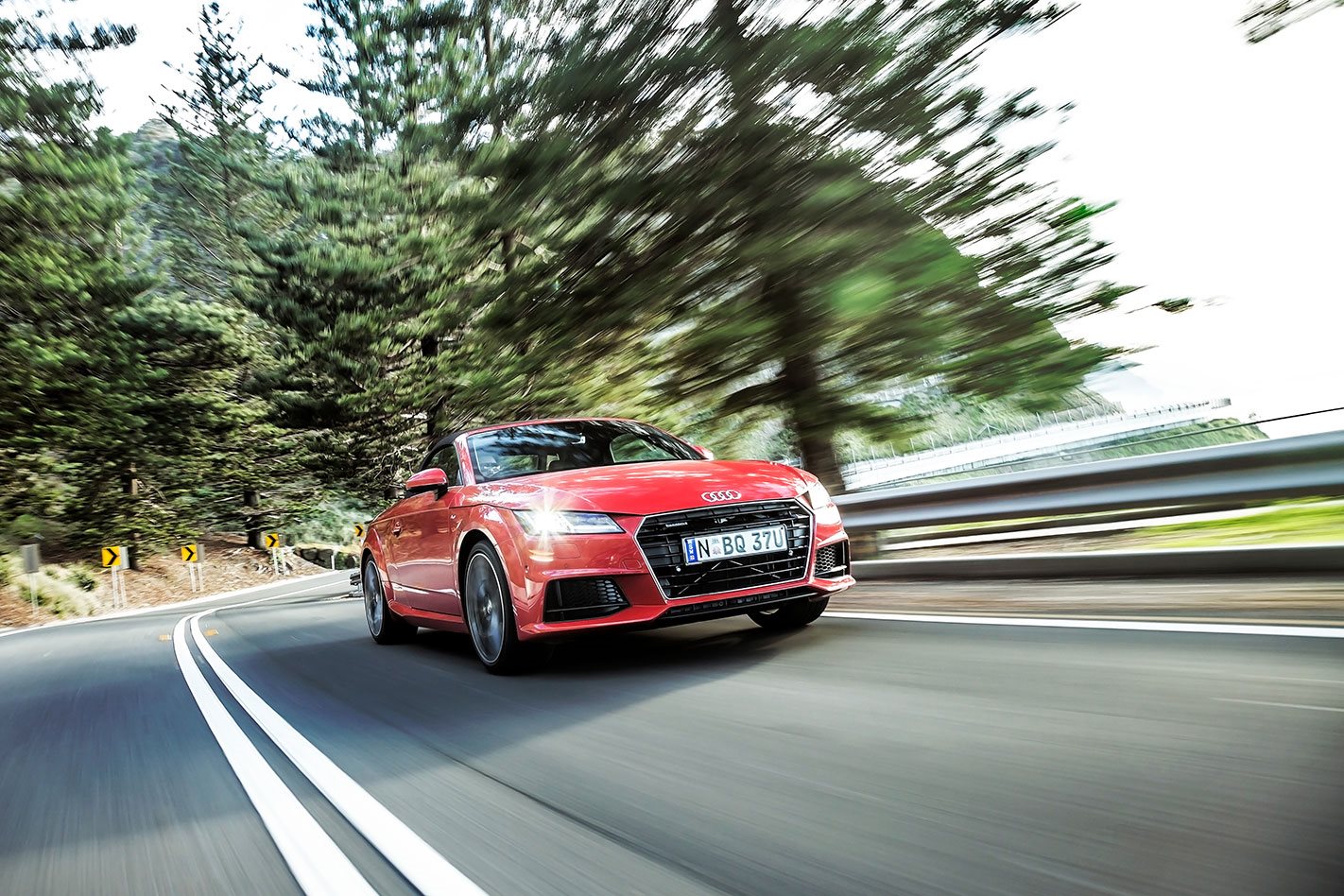 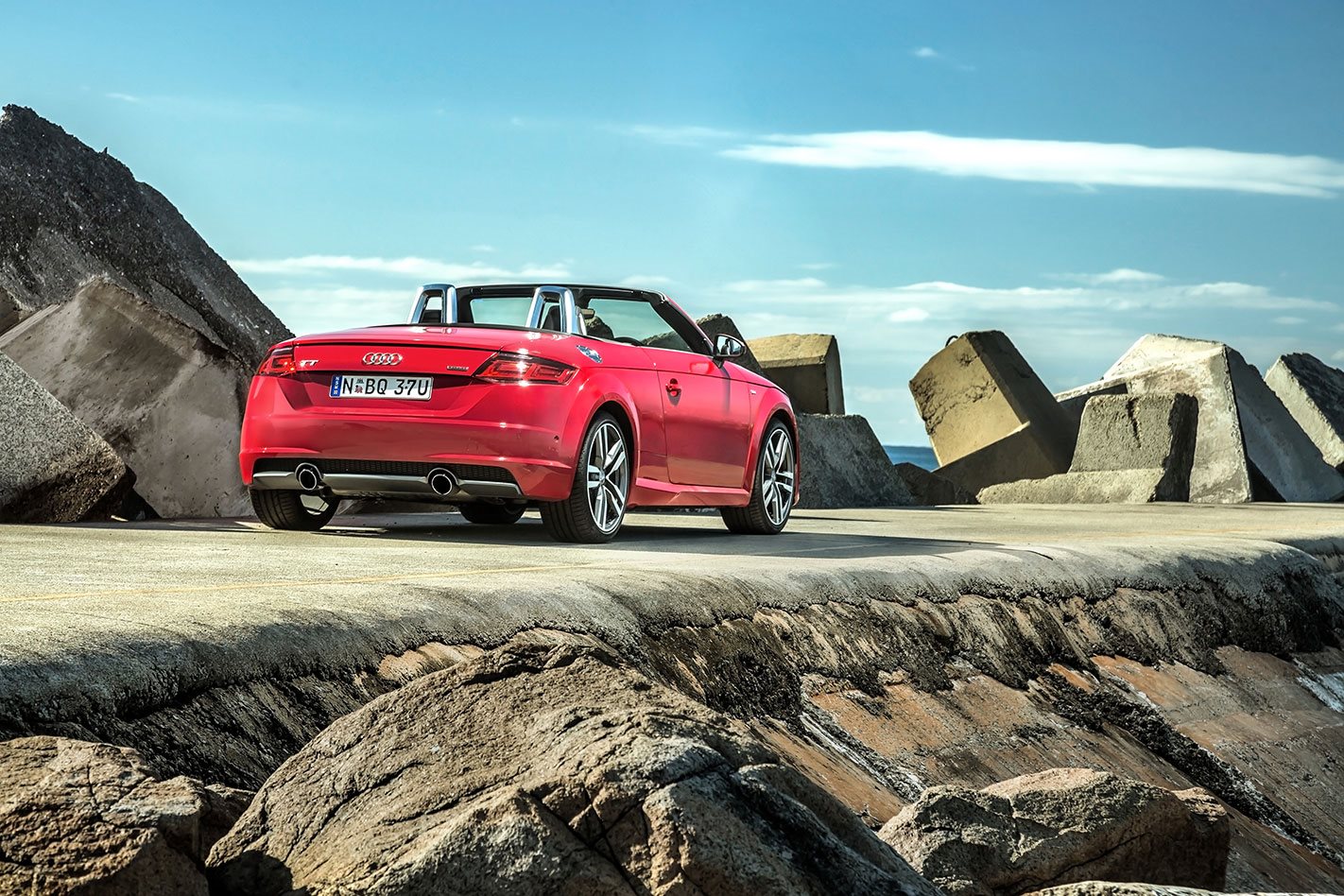 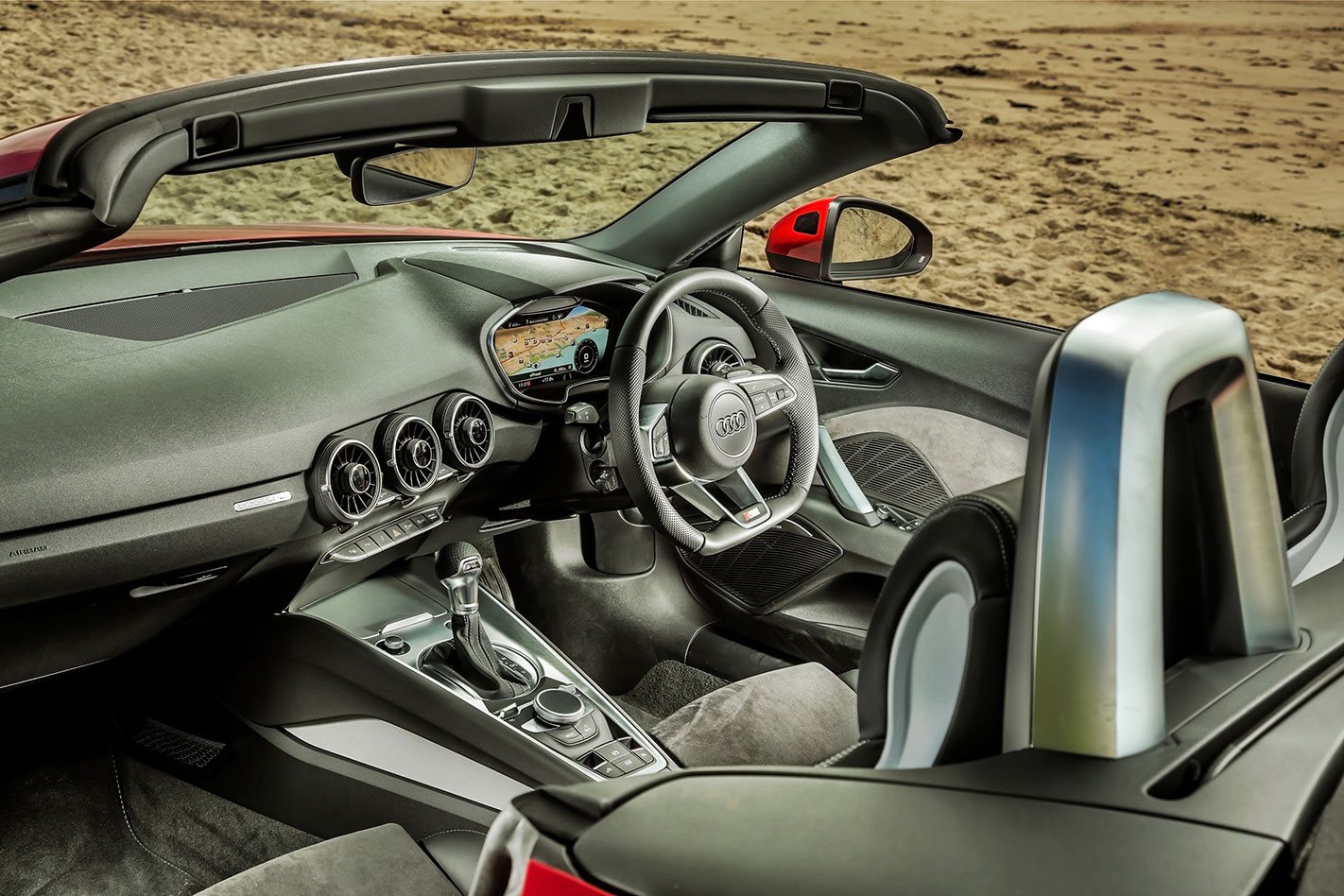