Station wagons... not terribly sexy, are they? I mean, you’re not about to see James Bond leap out of a sensible five-door any time soon, are you?

Exactly, but I have to admit a sneaking admiration for conventional wagons. Not the least justification for which is the fact that they give people who more need space an alternative to the default setting that is a soft-roader. (And you really don’t want to know what I think about most of those.) And hey, beats there a heart so cold as does not get wood even thinking about an Audi RS4 wagon? Precisely. 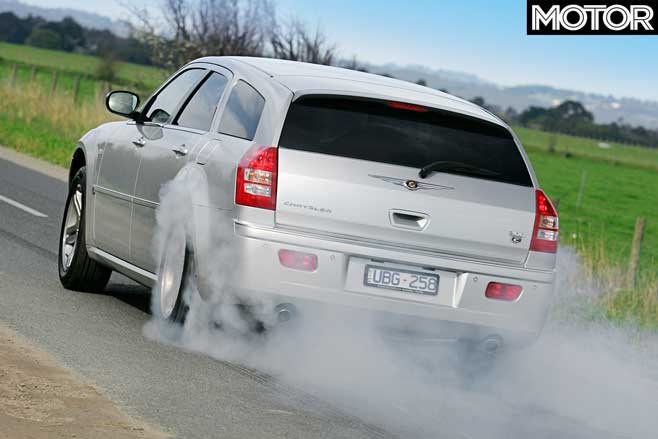 Flip side, of course, is that wagons just don’t look sexy and, by the time you’ve added the extra glasshouse to a normal sedan, the weight distribution is usually ballsed up, too.

So, just to prove that you don’t know everything about station-wagons, allow me to introduce the Chrysler 300C Touring.

Okay, maybe ‘sexy’ is the wrong word, but from any angle, there’s no getting around the fact that the Touring has every last skerrick of attitude possessed by its sedan bro. Which is lots.

The roofline is so low that the tailgate needs to be hinged over the rear doors to allow a big enough opening. And if you think those rear-side windows look small from outside, you should see the slits they represent from within. You’re gonna want a short-arse dog for this one. 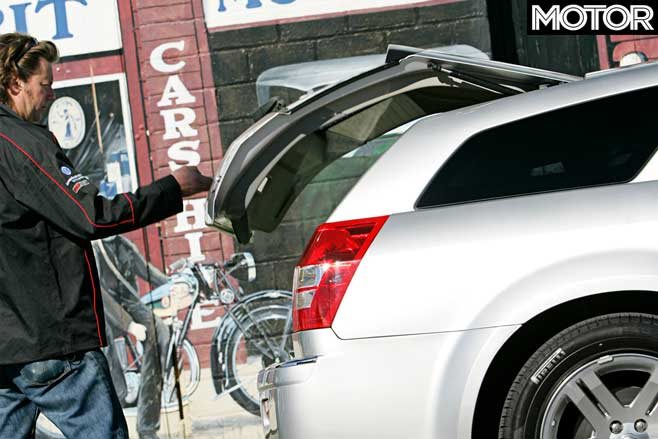 And as for weight distribution; even though it sits on the sedan’s wheelbase, the 53kg added to the sedan’s 1825kg is located mostly between the axles and is such a small percentage of the total weight-bridge ticket, it really ceases to matter.

So that’s the problem stuff out of the way, then. But what’s the 300C Touring really like?

It’s a bit of a mixed bag, but the downsides are all down to the thing’s American heritage rather than any engineering shortfalls.

Stuff like the ordinary interior plastics make you wonder about it all a bit, but most of what you see is okay. Less wonderful are the plastic bins under the luggage area floor. Nice idea when you’re toting wet bathers and such, but the fit and finish is worse than poor and just doesn’t support the theory that the 300C is a premium product.

But get up the other end and the 5.7-litre Hemi really starts clawing back ground. 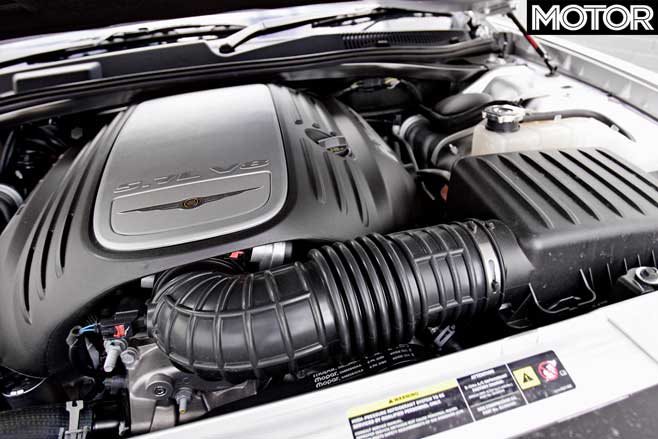 Having just sampled the SRT-8 version of the big Mopar, I was wondering if maybe the cooking V8 with its 250kW and 525Nm might feel a bit limp. I needn’t have worried.

The five-speed auto needs a second or two to think about things before sending drive to the rear axle, but when it does, it all happens pretty impressively.

The engine is smooth and flexible in the mid-range and feels like the full 5.7 litres. The variable displacement thing where the bent-eight can drop four cylinders to save juice works imperceptibly and its very muted exhaust note lacks all the blood and guts you’d expect with a big-inch V8 experience.

At speed, the Touring still feels heavy in the manner of all 300Cs, but the wagon also feels like it’s packing a bit more unsprung weight than the sedan versions.

Those huge wheels and tyres (225/60 on 18-inch rims) probably don’t help with that impression but that doesn’t alter the fact that the ride can be a bit jouncy over small amplitude bumps. Strike such a bump-fest with some steering lock applied, and the Touring can start to skip around a bit. It never goes into a tankslapper, but it does feel odd. 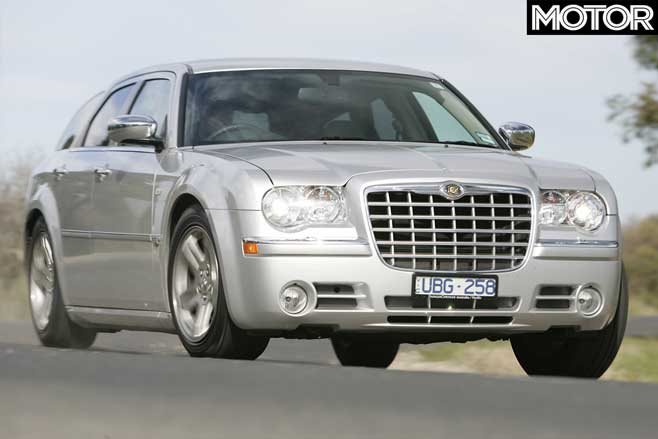 The extra kilos add a claimed half-second to the rest to 100km/h dash with Chrysler quoting 7.3 seconds against the sedan’s 6.8 seconds. Doesn’t feel like there’s that much difference, to be honest.

That’s still pretty cheap, of course, considering the hardware you’re buying, but it will make some folks wonder what the whole concept is all about. I mean, you can’t buy a station-wagon version of the Holden Caprice or Ford LTD, can you?

Which begs the question, would anybody want one?

And regardless of what you think about wagons generally, you really need to drive the 300C Touring before you answer that last question.